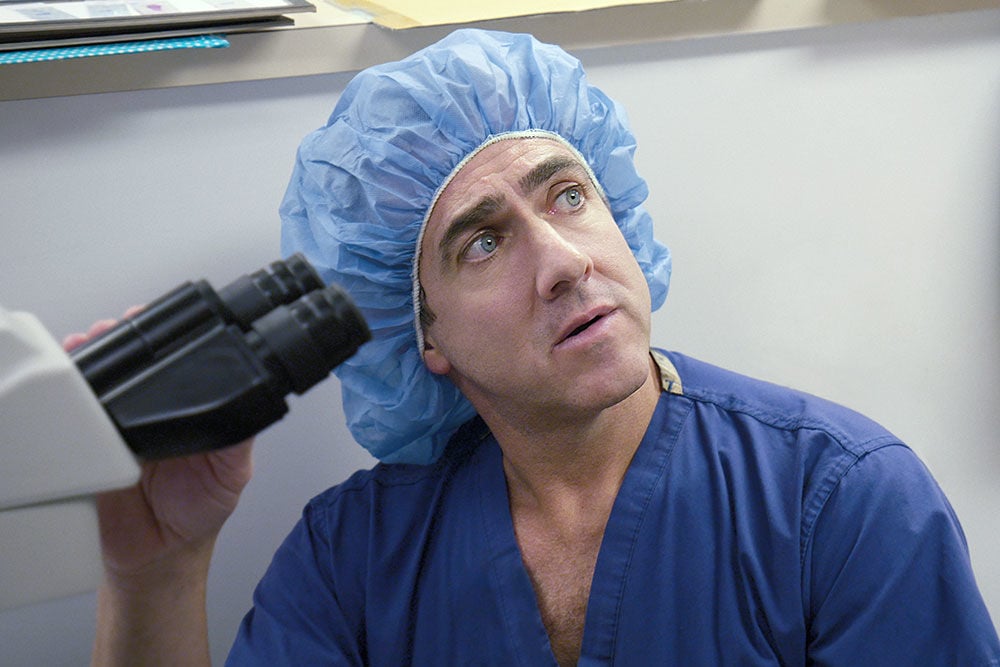 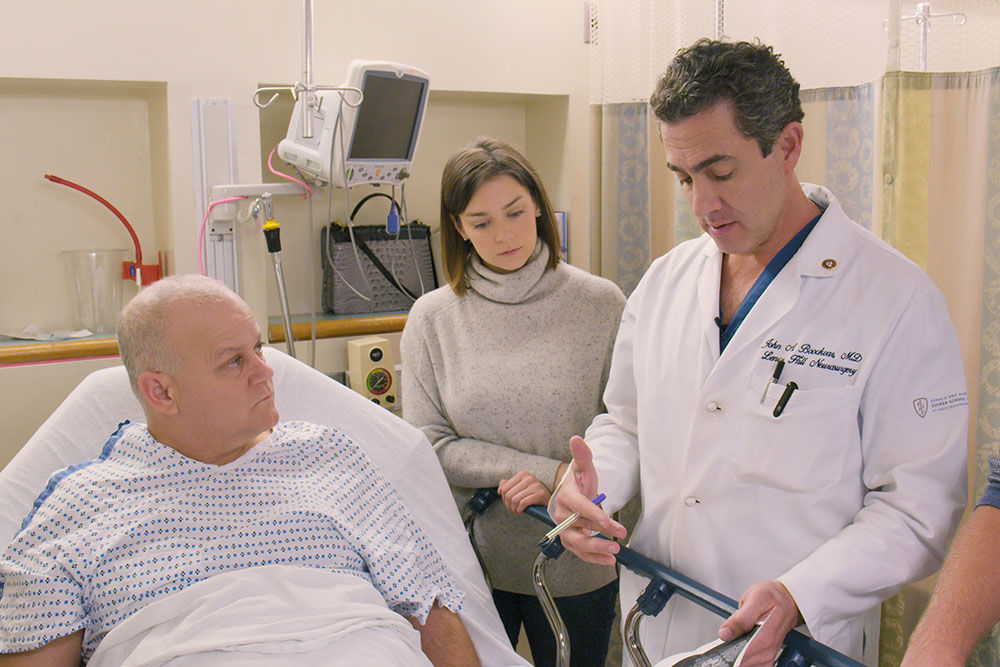 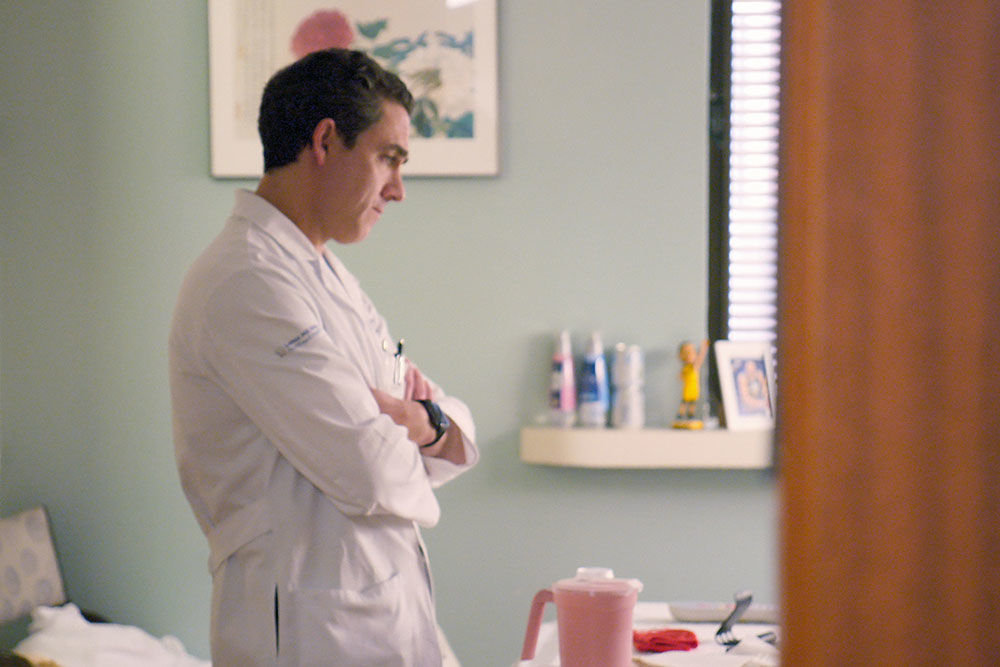 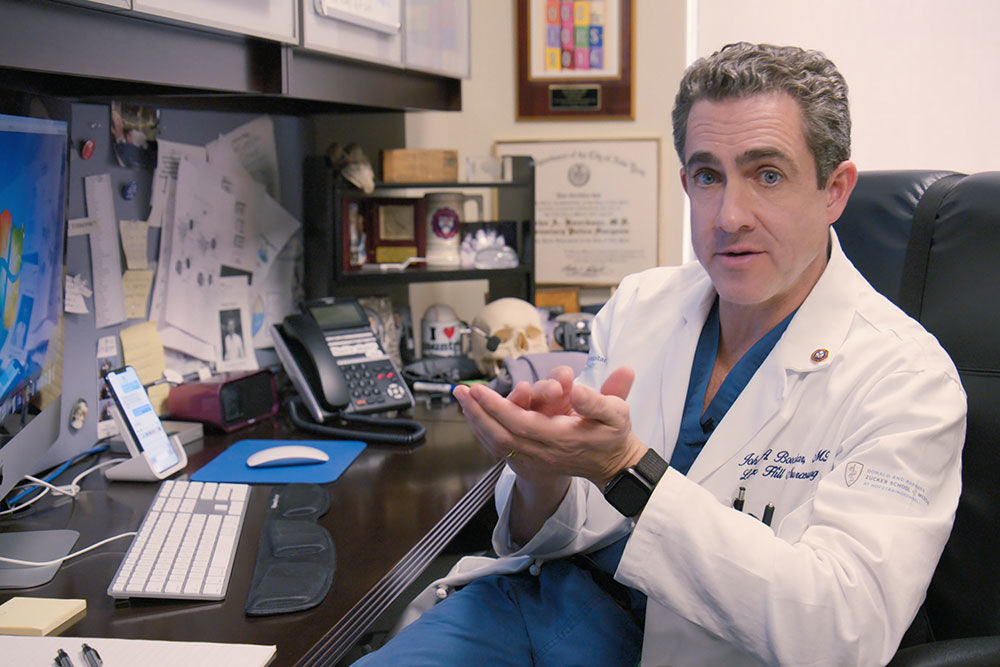 Dr. John Boockvar is used to making big decisions. While many involve life and death, others have been less dire, but equally impactful.

When Northwell Health bought Lenox Hill Hospital on East 77th Street in New York City, Boockvar was brought in to work with Dr. David Langer in 2014 to build a neurosurgery department from scratch.

“To me it was an opportunity to put my finger on the pulse of something new,” Boockvar said. “There was no legacy of neurosurgery here. We had a boutique hospital that had a very good reputation in other disciplines and we now have this behemoth of a help system called Northwell behind us.

“When you have a large academic institution like Penn or Cornell, the way I describe going over to Lenox is like going from a big bank over to your own hedge fund. You just have a little more control and autonomy and freedom to try new things, to innovate without some of the bureaucracy of the sort of old school ivory towers.”

In early 2018, Langer and Boockvar, the chair and vice chair of neurosurgery, respectively, collaborated on yet another big decision, to let documentary film directors/producers Adi Barash and Ruthie Shatz into their lives for 20 months, in addition to co-workers Mirtha Macri, DO (Emergency Medicine) and Dr. Amanda Little-Richardson (Chief Resident, Obstetrics and Gynecology), for the Netflix docuseries “Lenox Hill,” which premiered June 10. The end result was 450 hours of footage distilled into eight episodes of 50 minutes each.

The documentary was shot from April 2018 to November 2019, well before the COVID-19 pandemic was on anyone’s radar.

“These doctors, all of the health care workers in the series, were heroes before the COVID-19 global pandemic, but now that message carries even more weight,” Shatz said in a press release. “This global crisis has shined a limelight on the health care community, the sacrifices they’re making, and the resources they need to do their jobs. I hope that people remember all of that.”

The series shows “the tension between life and death, the fragility in between,” according to Shatz.

“We wanted to document doctors who are not afraid to say what’s on their mind and how they feel without sugarcoating,” Barash said. “We wanted to capture both their strength and fragility. It was really important for us to show their humanity, and that they’re truly complex human beings and great caregivers.”

Finding the “right” hospital and “cast of characters” was essential, according to Shatz. “We were interested in finding a hospital that has some connection to the community,” Shatz said. “In many ways, this show is a love letter to New York City — to its uniqueness and diversity… We didn’t want to go into a big corporate hospital — we wanted an environment that had a deep sense of connection and humanity, where the doctors are very much hands-on, and the relationship between patient and caretaker is eye level. We also knew that Lenox Hill was a small community hospital that reinvented itself, and had fought hard to compete and place itself among the biggest, richest hospitals in NYC — and in the world.”

Boockvar, a Scarsdale resident since 2005, is a fourth generation doctor and at the top of his field when it comes to diagnosis, innovative surgery and research.

Langer, Boockvar and Lenox hit the ground running, going from zero to 900 neurosurgical cases within the first two years “in a hospital that was just used to delivering babies and treating athletes for orthopedic injuries,” according to Boockvar.

Neurosurgery was one of the departments created, while others received major boosts as well. “One by one they made what was a boutique hospital on Park Avenue into an academic juggernaut,” Boockvar said.

The idea to do the series was at first met with “trepidation,” but as Boockvar got to know Shatz and Barash, who are married and have been working together for almost two decades, it was a joint decision with Langer to proceed.

“Together it allowed us to sort of drop our guard a little bit and sort of let ourselves go and be transparent, and to not be afraid to show what life is like inside these walls,” Boockvar said. “Life really is full of these stressful health care heroes that people are now finally beginning to see.”

With the current spotlight on the medical profession as a result of coronavirus, the release of “Lenox Hill” couldn’t be more timely.

“We’ve been working like this for years and years and years and no one has been clapping at 7 o’clock for us, so we do think the timing is good whether it’s White Plains Hospital, Lenox Hill Hospital or any hospital in America,” Boockvar said. “There are some very stressful moments in the walls of hospitals that are not just related to sickness and disease — it comes from bureaucracy and audits and building and compliance and revenue and, of course, making challenging decisions for sickness and health that sometimes [even with] the best of intentions, the outcomes are not always perfect.”

Not only did the hospital and medical professionals have to get on board, so did many of their patients who were dealing with the circle of life from birth to death and everything in between. This was a real life reality show that depicted true emotions like pain, suffering and joy.

“Some patients obviously were not interested, but the large majority in my practice who suffered some very terminal illnesses, like brain cancer, they do want to share their story, they want to share their angst, they want to share their journey because it’s a way for them to give back or pay it forward,” Boockvar said. “A lot of them are incredibly courageous and their families, as well. So we owe a whole debt of gratitude that the world gets to see really the innards of some very painful experiences that some of these patients have gone through. It’s beautiful to watch.”

Like the rest of the medical world, Lenox Hill and its staff had life — both professional and personal — thrown into disarray in March when COVID-19 became a threat in lower New York, the epicenter of the pandemic in the U.S. Langer and Boockvar were only seeing urgent cases from their normal workload, instead shifting mostly to COVID-19 care and study.

“For example I shut down my clinical trials office and then rebooted it as a COVID trials office treating COVID patients only,” Boockvar said, adding, “We were in every day consenting patients to allow us to give new and novel and hopefully beneficial drugs to treat the coronavirus.”

While Lenox Hill is back to its pre-COVID functions, Boockvar found the work from March through May rewarding.

“It was actually amazing because, first of all, it was so enlightening and essentially we were at war overnight against a virus that we couldn’t see and we didn’t fully understand,” he said. “It was an invisible enemy that we kept hearing information about on the news. Actually at times it was better to be at the hospital than to be home watching CNN or Fox News because you didn’t really know what to believe.

“When you were at the hospital it was very much like being in the trenches with people you trusted and really it just came down to treating the patients. Everybody just rallied together whether you were in neurosurgery or an internist or a cardiologist — everyone sort of dropped their own personal skill set and relearned some basic medical management and critical care management, and that really helped the fight against this enemy.”

While the pandemic that has taken more than 100,000 U.S. lives so far has been tragic, Boockvar believes all medical facilities and health care workers — and therefore society — are better off in the aftermath.

“We are relieved and I can tell you the hospital, not just our hospital, but hospitals in general, are much better than they were pre-COVID,” Boockvar said. “They’re much more efficient, they’re cleaner. Most of them are renovated because they had to build out new units, ICU units. They are definitely safer with more safety checks. There is much more electronic synchronicity between departments and in departments due to improvements in telemedicine and telehealth.”

Boockvar hopes that 2020 redefines what a role model is, not just for his four children, but across the globe. There’s no sports, no movies, no other distractions — just front-line workers saving the world with their selflessness.