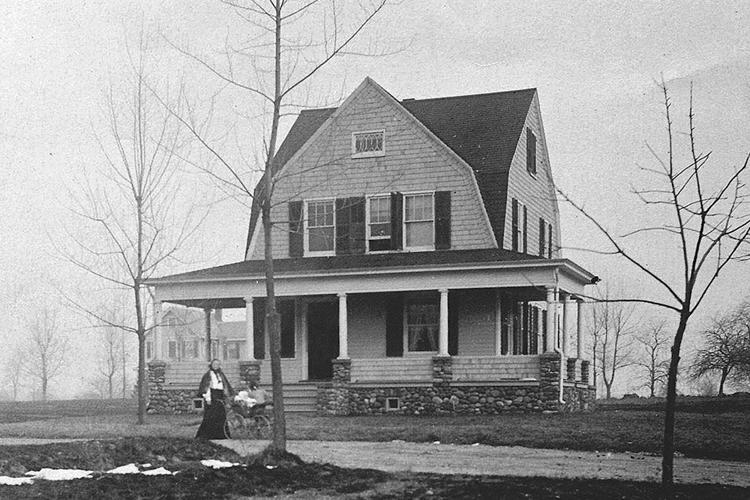 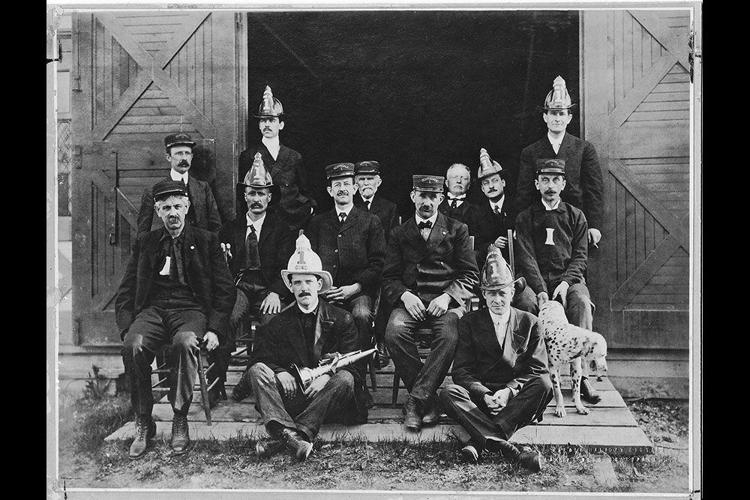 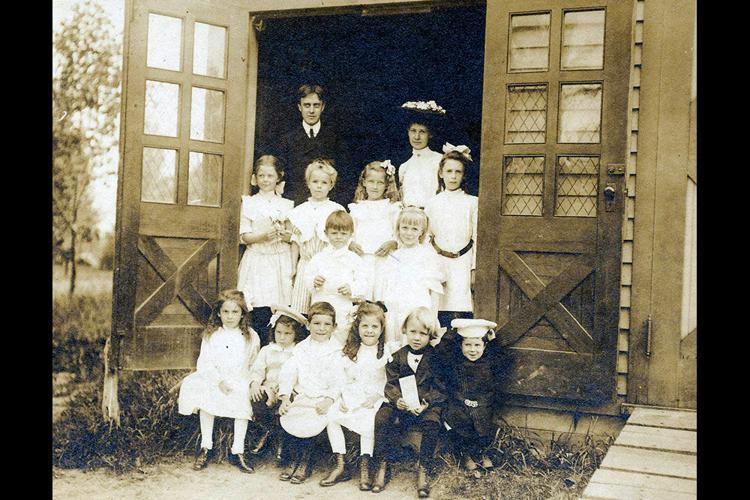 A Sunday school class held at the firehouse 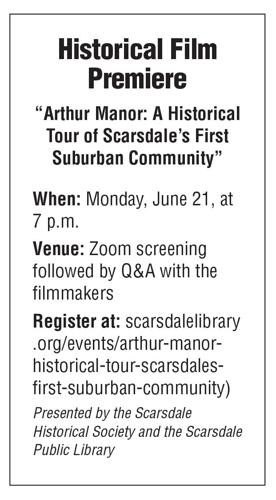 It’s easy to assume that Scarsdale’s tidy homes and parks have been around for ages. In fact, well established though they are today, many of them didn’t exist as recently as a century ago. Instead, most of this area was rolling farmland, until capitalistic initiative, technological advancement and societal change converged, catalyzing the development of our now-legendary town.

If that sounds fascinating — and it is — you won’t want to miss the Zoom premiere of the Scarsdale Historical Society’s latest film, “Arthur Manor: A Historical Tour of Scarsdale’s First Suburban Community.” The event, a joint presentation of the society and the Scarsdale Public Library, will take place via Zoom on Monday, June 21, at 7 p.m., and will be followed by a question-and-answer session with the filmmakers (register at https://www.scarsdalelibrary.org/events/arthur-manor-historical-tour-scarsdales-first-suburban-community).

The film features Jordan Copeland, a Scarsdale Historical Society board member and Scarsdale’s associate village historian, as he guides viewers through Arthur Manor’s transformation from a sparsely populated development to the vibrant neighborhood it is today. Driven by curiosity, he had accumulated much of the film’s background material well before production.

“I had been teaching fifth grade in the Bronx, and we did a study into what the neighborhood in the Bronx looked like when the school was built 93 years earlier … it was a wonderful project,” Copeland recalled. “I got a lot of historical researching chops from that, from looking at the photos and the maps and the articles.”

His passion for historical investigation thus ignited, Copeland decided to focus his next effort closer to home. “I started looking into my own house on my own street, in my own neighborhood [Edgewood] … eventually, then, I had all this knowledge about the neighborhood, and it felt kind of silly not to share it, because it was great.”

In 2017, Copeland began giving free walking tours of Arthur Manor (which is the southernmost third of Edgewood) to anyone who wanted to hear what he’d learned. Eventually, before the pandemic hit, he offered the tour through the Scarsdale Adult School. “So that’s most of the information in the film,” he said. “That was the genesis of it: personal interest.”

It’s a story that is bound to generate public interest as well. Up to the middle of the 19th century, Scarsdale’s land was mostly used for agriculture and maintaining livestock, and “we were actually kind of a poor cousin, because we didn’t have access to the Sound or the Hudson River,” Copeland said. “The farmers couldn’t get their crops to New York City very easily.”

The arrival of the Harlem Line train in the late 1840s or early 1850s heralded a radical change, enabling farmers to shuttle their wares to Manhattan, and wealthy New Yorkers to set up summer weekend homes in the Scarsdale area. “You had kind of the farmers on the lower end [of Scarsdale] and the wealthy people on the upper end, but you didn’t have rows of houses next to each other,” Copeland explained.

True Scarsdalian suburbia began in 1891, when the Arthur Manor Suburban Home Co. started constructing a housing development. The lots were carved from what was formerly the George Arthur Farm, giving the site its name. (This didn’t stop the developers from including a picture of recent president Chester A. Arthur on their promotional brochures. Rumors swirled that the esteemed politician had family ties to the project, a myth the company did little to discourage.)

Around the same time, the Harlem Line became electrified, which allowed people to begin commuting into New York City. Suddenly, Scarsdale became viable as a bedroom community. Still, it would take until the 1920s, when the Bronx River Parkway and Scarsdale’s downtown were built, for Arthur Manor to become densely dotted with homes. By then, Copeland said, there was “better transportation, better infrastructure, and an appetite for it.”

Filmmaker Lesley Topping, who has collaborated with the Historical Society on five previous films as well, includes in Arthur Manor a reading of a document informally known as “The Ferncliff Letter.” Penned by a former resident of the historic Ferncliff House, situated at the corner of Drake and Post roads, it’s a fascinating and detailed account of the area’s appearance 100 years ago. “It gives you a nice perspective of Edgewood the way it was before it was developed,” she said.

Shooting the Arthur Manor film during the COVID-19 pandemic was “interesting,” Topping added, explaining, “We had a smaller crew. It was just myself and the cameraman, Antonio Rosario, who is a really great photographer. He does a lot of still photography. We had to keep the crew small, and when we shot in the winter, we weren’t all vaccinated yet. So we had to social distance and make sure we were all negative.”

As spring progressed and vaccinations became available, the process grew much easier. Though the team worked on the film off and on due to each member’s busy schedule, shooting was completed within two to three months, Topping said.

More films are planned, and Topping hopes that Zoom premieres will soon give way to screenings at the newly renovated and expanded Scarsdale Public Library. “It’s a nice way to bring the community together, and talk about Scarsdale,” said Topping, who also writes for “Village Clips,” a blog on the Historical Society’s webpage, https://bit.ly/3cNY6Pm.

For now, Copeland’s goal is to educate residents about the village’s past.

“I think local history is important and interesting,” he said. By familiarizing ourselves with it, he noted, “You kind of understand why things are like they are.”