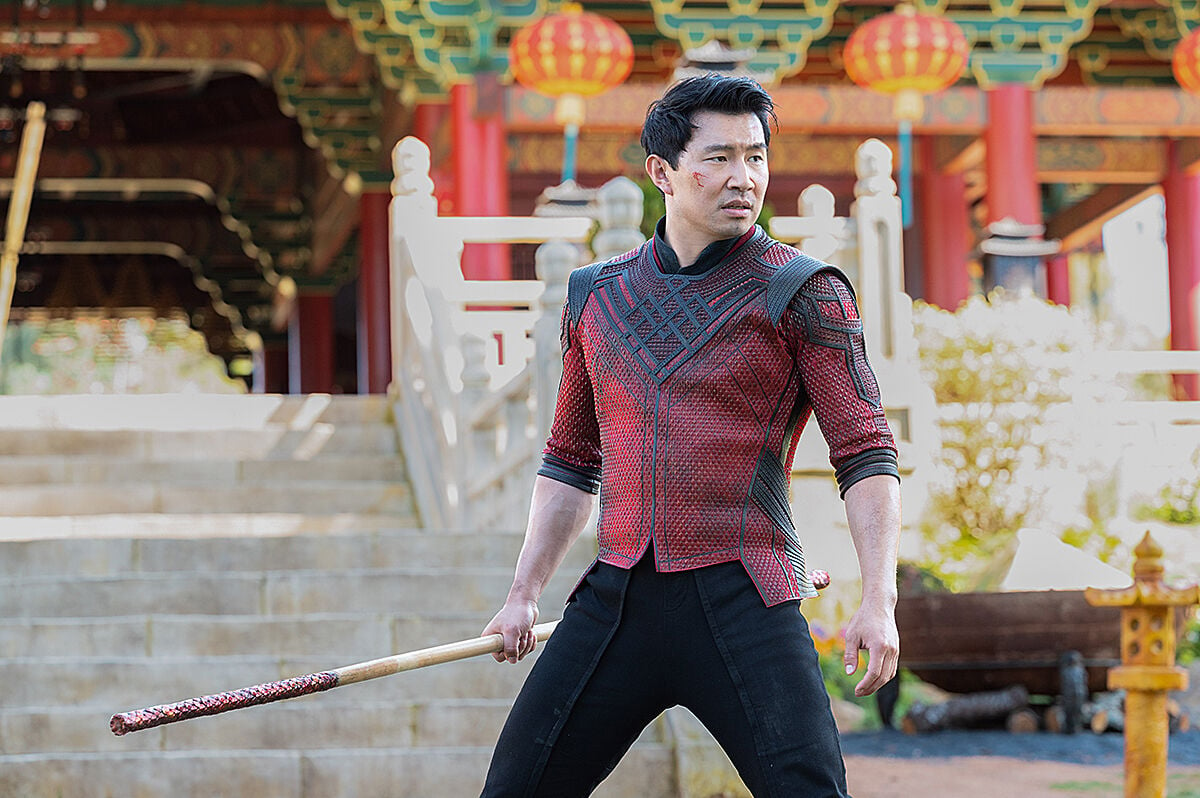 Shang-Chi (Simu Liu) in Marvel Studios' SHANG-CHI AND THE LEGEND OF THE TEN RINGS. 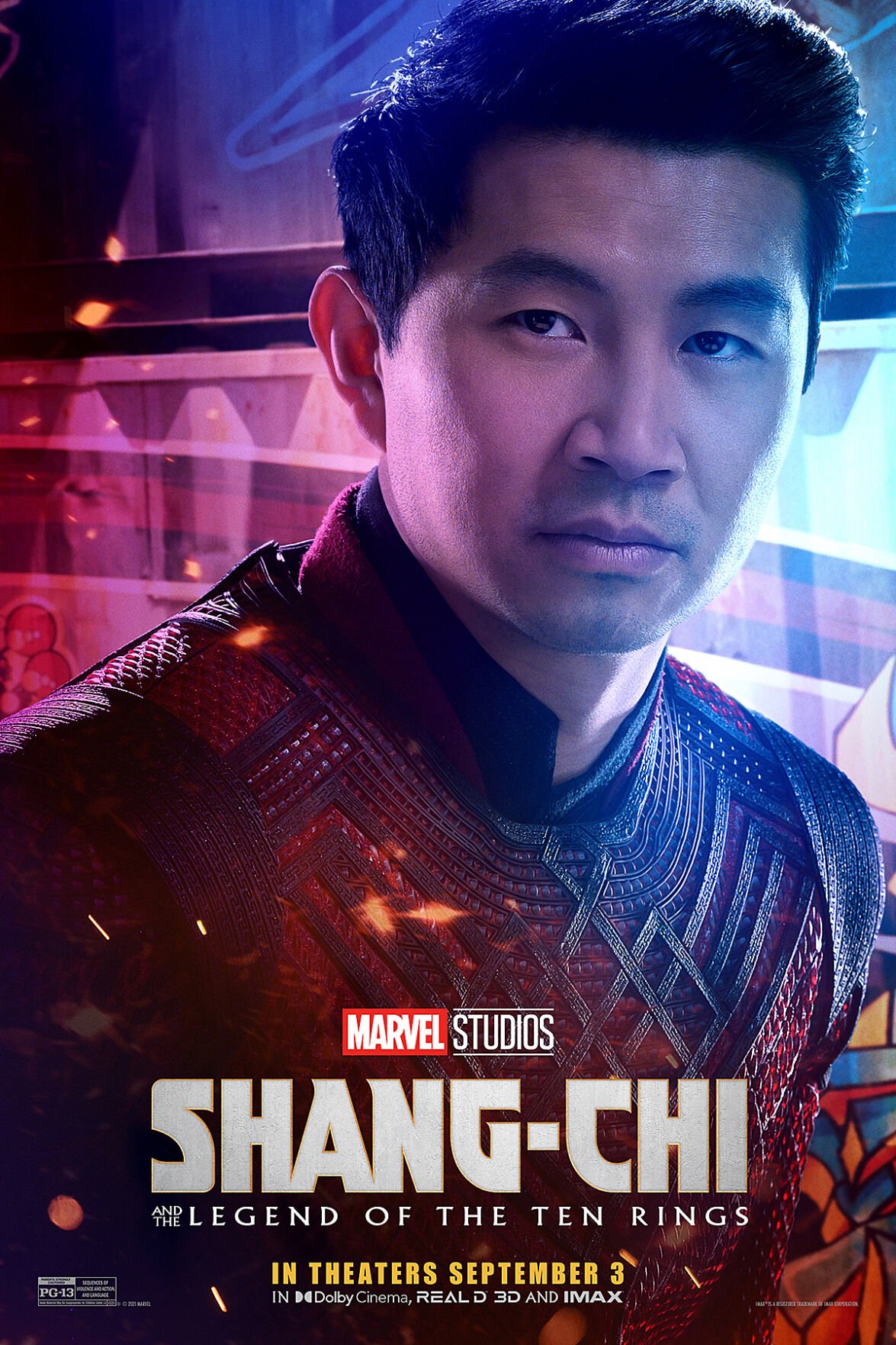 Wenwu (Tony Leung) and Ying Li (Fala Chen) in Marvel Studios' SHANG-CHI AND THE LEGEND OF THE TEN RINGS. 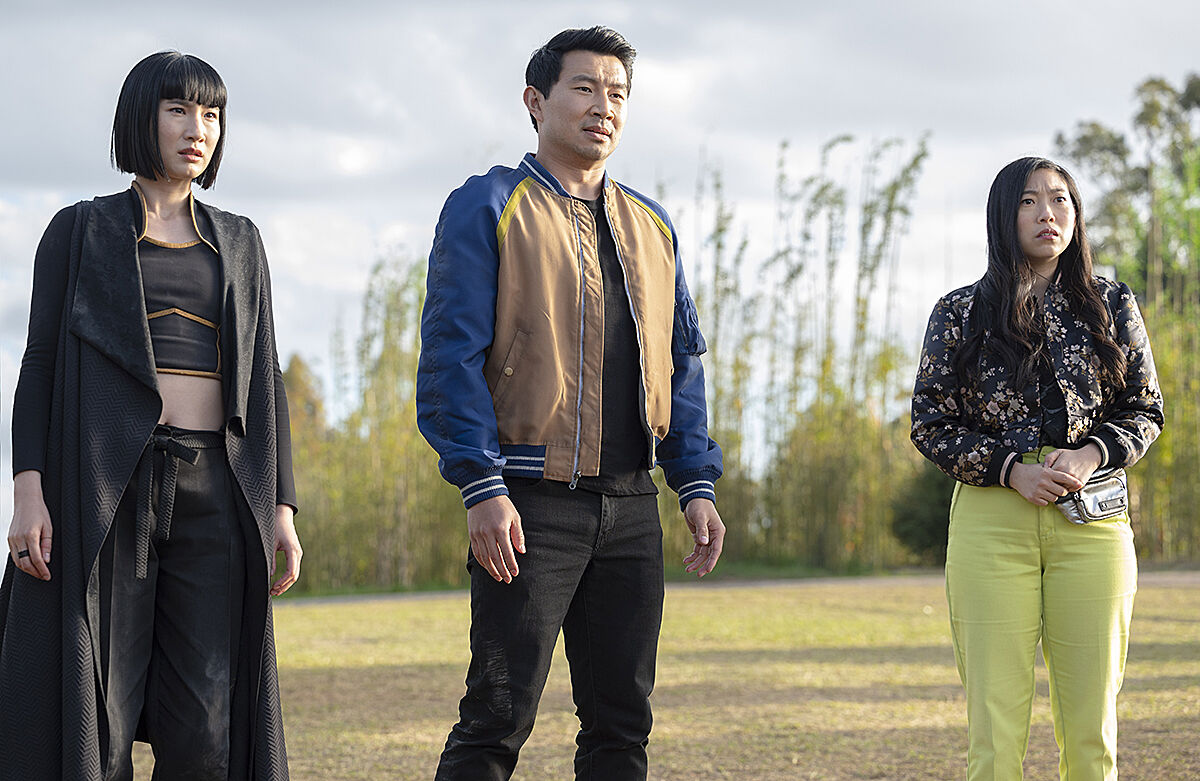 Xialing (Meng’er Zhang), Shang-Chi (Simu Liu) and Katy (Awkwafina) in Marvel Studios' SHANG-CHI AND THE LEGEND OF THE TEN RINGS.

Long before DEI — diversity, equity and inclusion — started becoming a household term, people longed to fit in. They wanted role models who looked or sounded like them, whether they were in real life or someone’s imagination. Through the now 25 movies released since 2008 that make up the Marvel Cinematic Universe, we’ve gotten closer and closer to that reality, first, notably, with “Black Panther” in 2018, and most recently with the movie that’s still in theaters, “Shang-Chi and the Legend of the Ten Rings.”

In those two origin story films, respectively, Black people and Asian people were cast and portrayed in the overwhelming majority, with the white characters playing the smaller, more ancillary roles.

“Shang-Chi,” one of the first blockbusters to be released in theaters only during the COVID-19 pandemic, has definitely resonated with the Chinese American population, including in Scarsdale.

“As almost all of the main characters in the movie were Asian, it was very exciting to see,” Scarsdale High School junior Ryan Jiang said. “It definitely makes the MCU feel more inclusive to a wider range of characters that may be introduced to the MCU in the future. As far as I know, Wong [Benedict Wong] from ‘Doctor Strange’ was the only other main character that was Asian. Although many other characters have been played by Asian actors such as Mantis [Pom Klementieff] and Drax [Dave Bautista] from ‘Guardians of the Galaxy,’ none of the other movies really portrayed a primarily Asian character.”

Jiang first discovered 2008’s “Iron Man” and the MCU when he was a fifth grader. He was fascinated by all the different suits Robert Downey Jr.’s character, Tony Stark, developed and wore throughout the years. “I fell in love with the futuristic technology and the abundance of high octane action scenes,” Jiang said. “My appreciation for MCU movies started to grow from there.”

Prior to the announcement of the newest movie, Jiang hadn’t heard of Shang-Chi, who would be played by Simu Liu, but was excited to see what would come of the lesser known characters and storyline. When he saw the movie this month, Jiang was touched.

“I think that the movie was a beautiful portrayal of Asian culture and it was exciting to see the action scenes, being that I have a background in kung fu,” he said. “I actually practiced kung fu for eight years and I can recognize most of the weapons and the different fighting styles that were shown in the choreography of the movie.”

For Jiang, it was more than the culture and the action that struck him. He connected with titular character Shang-Chi’s development throughout the movie, seeing him adapt to the challenges he faced throughout his life, including through his fighting styles, and he also enjoyed Tony Leung’s portrayal of Wenwu, who is Shang-Chi’s father.

“Unlike some of the other villains in the MCU, I think that Wenwu has a very realistic and valid reason for the actions that he’s done,” Jiang said. “He’s a villain that can be understood by everyone and the problems he has are very down to earth as opposed Thanos’ motive of eliminating half of the population of the universe.”

“I’m excited to see where the story goes and how Shang-Chi will be connected with these events in the post credit scenes,” Jiang said. “It’s also exciting to see that Shang-Chi will be joining the roster of the new era of Avengers.”

The visual effects with the Ten Rings also lived up to the high standards of the MCU and the music struck a chord with Jiang as it ranged from traditional Chinese to hip-hop. “One special fact about 88Rising is that they have produced music for many popular Asian artists and I thought it was cool that they had a primarily Asian label to produce music for the movie,” he said. “I’ve been a fairly long-time fan of the artists that are a part of 88Rising, such as Rich Brian, Joji, and Higher Brothers, to name a few.”

Scarsdale Middle School seventh-grader Emily Wang marvels at the special effects and graphics and wonders just how skilled the actors really are at martial arts and stunts, but found the characters themselves to be genuine.

“I think all the characters are realistic to the point that you can understand why they’re doing what they are, even if you don’t agree with what they did,” she said. “It’s also extremely funny and the acting is so good that you find yourself thinking, ‘You sure this is a movie and didn’t actually happen?’”

The elements of Chinese culture that not everyone might pick up on stood out for Wang. “There are subtle hints to Chinese culture, too, like the roof styles in Ta Lo — it’s the sweeping roof instead of a flat one — and the elemental power dance the mother did is very similar to Chinese folk dance,” she said. “It’s small differences adding together that give the movie a hugely different feel.”

Sixth-grader Serena Lin was captivated by “how people can and will use power for bad ways,” even when they have the opportunity to use it for the greater good.

“But in the end it also showed how we, with or without power, need to unite together to defeat the greatest of challenges,” Lin said. “Shang-Chi’s dad seemed to be the most challenging part of the plot, but he’s not. In the end, when the world is almost at the lowest it can sink, people from good and bad sides had to unite and work together as a team to arise.”

And the power they used wasn’t always “brute force and speed,” instead using a “mixture of meditation and calmness” to overcome obstacles. “You really need to ground yourself and connect to the world as the humblest version of yourself,” Lin said.

Scarsdale mom Laura Liu, who grew up in China, not only saw a comic book movie for the first time in theaters, but went to a movie theater with her three middle and high school for the first time since COVID-19 hit. That’s how much she was inspired by the existence of the Asian-centric movie that she could hopefully relate to in some way.

“I usually have my husband take my boys to these movies,” Liu said. “I think I watched a couple with them, but this one I heard so many great reviews in the Asian American community and media… I took my three boys and it was just so beautiful.”

Liu was already familiar with actors like Leung and she read up on Simu Liu’s life story: how he grew up in Canada, how he was an accountant and how he had to break free from the “safe career” to go into acting in his mid-20s.

As Scarsdale’s Liu isn’t a fan of action movies, she was “very pleasantly surprised how they portrayed all the elements of Chinese culture” such as tai chi and the dragon. She said it was “all really beautifully portrayed.”

The family relationships were the biggest takeaway for Liu. “It all feels pretty real,” she said. “That’s how a lot of Chinese American families work in many ways. The apartment scene [with Awkwafina and Tsai Chin] was like a Chinese Seinfeld scene, the mundane everyday life, and they captured it.”

In two scenes, Shang-Chi and Katy are out with friends Soo (Stephanie Hsu) and John (Kunal Dudheker), who appears to have heritage from a country like India. Liu said that Chinese Americans and Indian Americans often work and advocate together for Asian Americans as a whole. “That scene is probably intentional,” Liu said.

Liu’s sons are similarly excited by the movie and as a family they appreciated having some of the movie in Mandarin with subtitles, though the boys told their mom that some of the translations were not as literal as they would have liked.

“Parents are so happy and we feel like they are having it so much better than the previous generations of Asian American boys,” Liu said. “The popular culture is really incorporating different elements. In terms of the Marvel Universe this story is still isolated, so it’s not apparent to me how down the road they will work connections with the other characters.”

Right now the most important connection isn’t within the MCU itself, but throughout communities that have something to celebrate each time a barrier is broken. Native New Yorker Evan Narcisse, a former journalist and critic who works in the comic industry now, grew up reading comic books, namely D.C. characters like Superman and Batman. While there were some Black characters like Luke Cage and Black Lightning that came along, they were written by “well-meaning white creators” who were looking to match the “energy” of the Blaxploitation movies, not the type of perspectives that someone who is Black like Narcisse can bring.

Narcisse said that while people of color are still underrepresented in the writing ranks, things did improve a bit with some of the work in the ’80s and ’90s. Black Panther goes back to “Fantastic Four No. 52” in 1966, while Shang-Chi was created in 1973 for “Special Marvel Edition No. 15,” so they do have some history. Narcisse wrote 2018’s “Rise of the Black Panther” graphic novel for Marvel, so as a “lifelong devotee” of comics and later on pop culture, Narcisse took pride in being able to tell T’Challa’s story and the good, the bad and the “complexity” of human behavior.

“To have that representation of all the different cultural and ethnic backgrounds just lets you know that you can be a hero, you can change the world, you can change somebody’s life, you can have meaning that is larger than yourself,” Narcisse said. “For people from marginalized communities who are so often diminished and dehumanized that is super important and that’s what I felt. Black Panther was part of my journey to learning to love myself and my experience as a child of immigrants. To see that multiply, that these characters are known and loved the world over, including Shang-Chi, is amazing.”

All of this, Narcisse hopes, will inspire others to participate in the creation of these stories. “Those moments where you feel marginalized, teased, made fun of and you feel different or lesser, you can overcome those the way these super heroes have done in the challenges they have faced,” he said. “It’s about reflecting on what it means to be different.”

And in that reflection you can see yourself as the superhero you’ve been reading about or watching. Now that’s a super power.