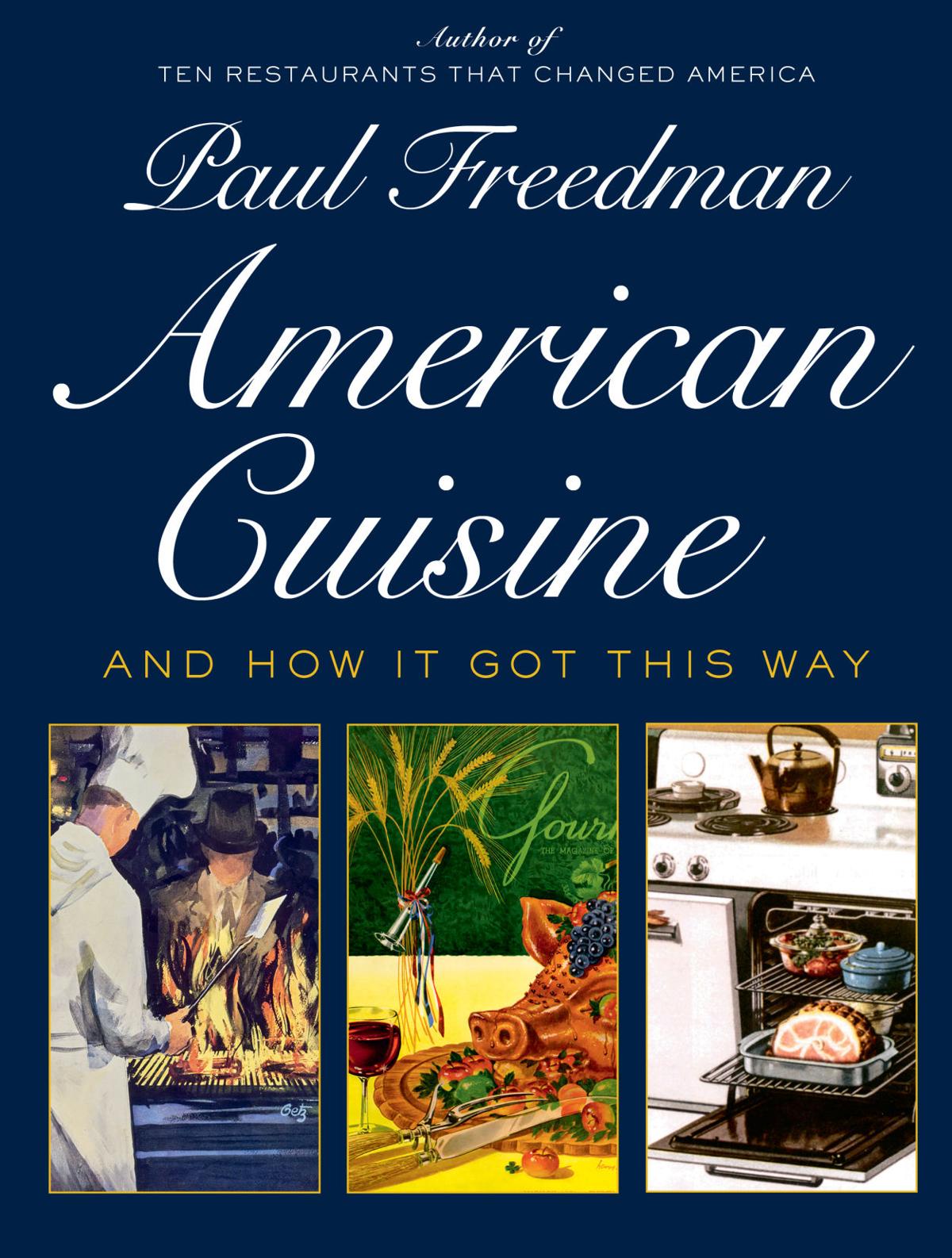 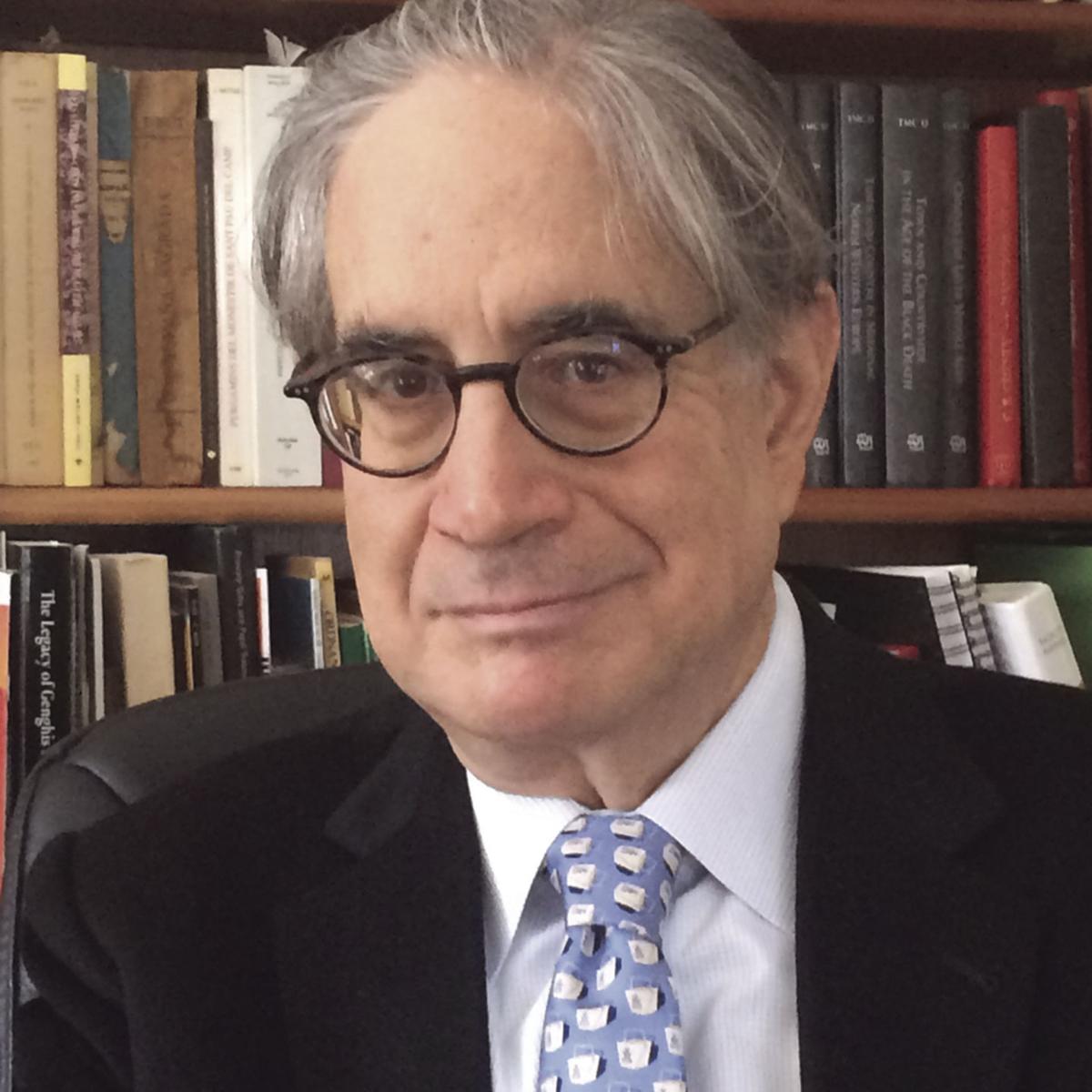 Cuisine is defined as a style of cooking characterized by distinctive ingredients, techniques and dishes associated with a culture, country or geographic region. In his new book, “American Cuisine — And How It Got This Way,” author Paul Freedman serves up a full course of gastronomic facts, anecdotes, archival photos and vintage illustrations, chronicling the American culinary experience — where it qualifies as authentic “cuisine,” and when it has fallen short.

Freedman, who spoke at the Scarsdale Woman’s Club on Dec. 11, has given his readers plenty to chew on. From the Plymouth settlers who cultivated “Indian corn” in 1620, to Swanson’s TV dinners, to the farm-to-table trends championed by chef Alice Waters at Chez Panisse, Freedman said the primary influences on meal preparation and consumption have been regionalism, standardization and variety. But among those factors, contradictions are a main ingredient.

The closest to true regional cuisines in America, according to Freedman, are those from New England (Yankee Pot Roast) the South (grits, collard greens, candied yams) and New Orleans creole (jambalaya, gumbo, and étouffée). Yet while he was researching his book, Freedman said the biggest surprise came from community cookbooks containing recipes like chicken fajitas from Vermont and Honolulu Chicken from Michigan, and, yes, even Jell-O salad, which did not reflect regional areas where they were published.

“If you compared the community cookbooks from the Florida Keys and Lincoln, Nebraska, you wouldn’t know where you were,” Freedman told the Inquirer.  “Although regional differences still exist, it is best to think of them not as fixed, but as mutable and fragmented. What survives is a patchwork quilt, rather than a monochrome blanket.”

During and after the depression, mass production of processed and industrialized food drove out regional cooking and created standardization or sameness in restaurants and grocery stores. Americans became obsessed with progress, efficiency, convenience, and spending less time in the kitchen. Consumers could rely on packaged and preserved foods to not spoil on grocery store shelves. Frozen and processed food and, later, the microwave oven were marketed heavily to white suburban housewives.

Marketers also took advantage of the sociology of the time, said Freedman.

“On the one hand, if you didn’t cook to your husband’s satisfaction, he’ll look elsewhere,” some ads suggested. “On the other hand, if women were too immersed in the drudgery of cooking, he’s going to regard you as a less-than-fun companion.” The attitude was: The way to have meals that he likes, but also enjoy your life together, is to prepare them with convenient products. The book depicts a Green Giant Jolly Green Casserole recipe from 1985 that called for all frozen vegetables.

Freedman points out the paradox whereby Americans enjoy variety, but also predictability. Supermarkets offer variety to distract from the blandness of the brand, says Freedman. “There’s no way grocery store yogurt is going to taste like it was made on a farm in Bulgaria so instead, it comes in 35 flavors. That’s the kind of bargain Americans have made.”

A professor of medieval history at Yale University and the author of “Ten Restaurants that Changed America,” Freedman often found that within his research on class, privilege, peasants and serfdom, were topics that repeatedly focused on food. Among other sources for his books are a collection of more than 40,000 restaurant menus on exhibit at the New York Public Library.

“I found menus were fascinating documents. They made me wonder how Americans had changed so much in what we like to eat.”

Freedman sets out to debunk the myth that American cuisine does not exist by looking at home cooking, dining out, cookbooks and travel descriptions. California, he said, is currently the model for an evolving contemporary American cuisine, incorporating locally sourced vegetables and seasonal ingredients.

“When I was growing up, if my mother was able to get shallots, it was a big accomplishment. And there were only three kinds of apples available. Now there’s at least a dozen,” he said.

Asked what he hoped readers would take with them from his book, Freedman said, “I’m optimistic that people will better understand what their food choices and preferences are, and where they came from.”