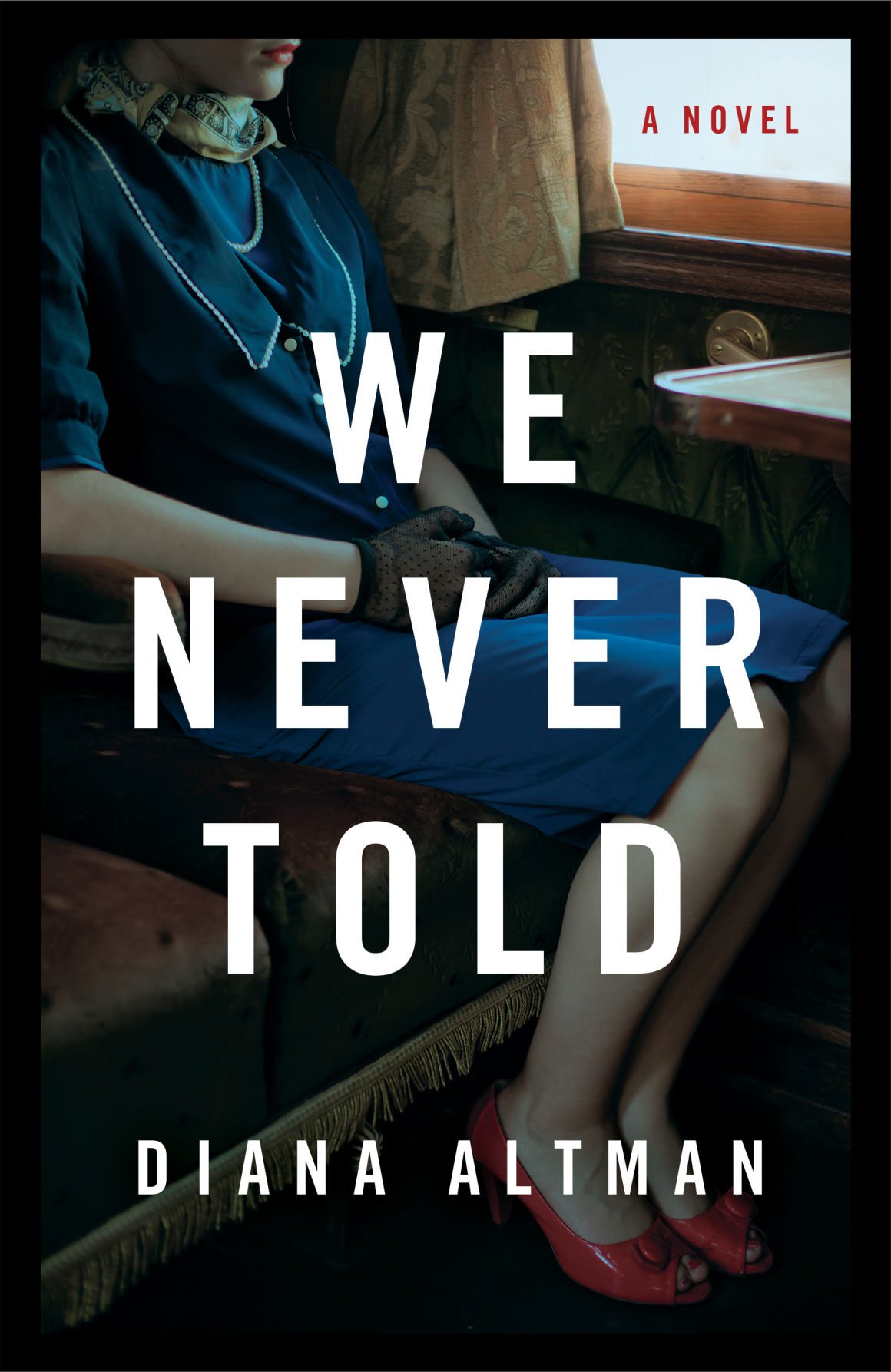 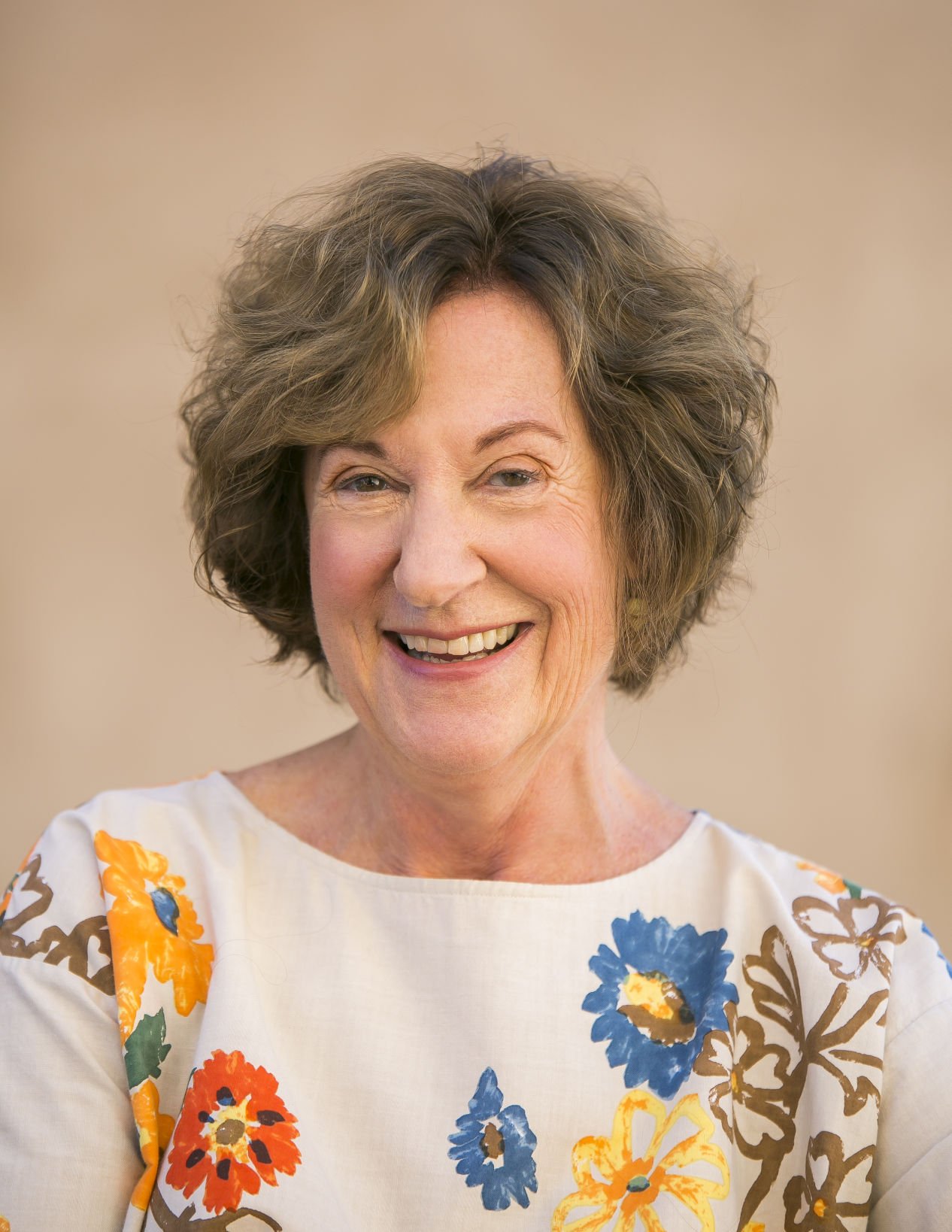 Every house has ghosts as long as every family has secrets. This is something Westchester native and author Diana Altman knows well. Her newest novel, “We Never Told,” examines her family’s own truths in a painfully honest way that shows Altman’s ability to craft artful stories in the sweet spot between fantasy and the truth.

“Some things just nag at you and this was one of the naggiest things,” said Altman about the story. “It took me a long time for me to be able to tell anybody about this. Only recently did I tell my cousins.”

Much of Altman’s own life can be garnered through reading the novel, which is just far enough from being autobiographical that it can be called fiction. She grew up in a home in New Rochelle with an apple tree out front and a garden tended by her mother in the back. Her father, Al Altman, was a talent scout at MGM who discovered Joan Crawford. She, like the protagonist in her book, moved with her mother to Scarsdale as a teenager and graduated from Scarsdale High School. She then went on to Connecticut College where she majored in English before getting her master’s at Harvard. She began her career as a freelancer and has written three books, many articles and some short stories. She has two daughters and lives in New York City with her husband. On June 13 at 7 p.m. Altman will host a launch event for “We Never Told” at Shakespeare and Co. on the Upper West Side.

All of this sounds increasingly familiar when reading “We Never Told,” which pieces together a story with vignettes of important moments from protagonist Sonya Adler’s life. It becomes apparent early on that the novel was written as a catharsis for Altman, and that emotional exodus has a way of transferring onto the reader. Set in New Rochelle sometime in the 1950s, the novel begins with 13-year-old Sonya describing her comfortable life as the daughter of an MGM talent scout father and well-bred, from-family-money mother during the golden age of Hollywood. Known for discovering Joan Crawford, her father is a rambling man from humble Jewish beginnings and is often at odds with her mother, who is 20 years his junior.

Sonya’s life soon begins to change when her mother files for divorce and moves to an apartment in Scarsdale. From that moment onward, it seems that Sonya, her sister Joan, and the rest of the family are unable to keep up the appearance that they are as ideal as the apple tree standing vigilant outside of their suburban white picket fence. Instead, they must acknowledge the uncertainty of the life around them.

Altman, through the eyes of Sonya, tells her own story of navigating coming-of-age amidst complex family systems and an even more unique family secret. When Sonya is 15, her mother leaves the girls alone for four months to receive a “tumor surgery,” something that Sonya later realized was actually code for a secret pregnancy. Her mother returned home after giving birth to the baby, giving it away and insisting that the secret be kept by her daughters.

Though secret babies and the wayward expectations of the upper echelon sound like soap opera melodrama, Altman said the phenomenon of these secret babies is one she noticed happening all around her. Her college friends, fellow writers, even strangers she happened to sit next to at parties, all seemed to have some sort of secret baby story to tell. She realized this experience might be a generational bond for people who grew up in the era she did.

“I think it’s a thing that happens to so many women … and almost everybody I talk about this book with has a secret baby story, either it’s their own or somebody they know,” said Altman. “That was one reason I wanted to write it also. And people respond with a story of their own to me.”

Though this phenomenon is something she identifies as being unique to the era of her childhood, and the events that set the novel into motion began 60 years ago, Altman felt it was time for the story to be told. Not only for her own sake but because it catalogs a piece of history that she wants people to remember.

“I think one reason I was able to write this now is that it’s not a secret anymore. I mean, in real life it was a very big secret, the most sacred secret of my whole life, but my mother did pass away and so this couldn’t offend her. Plus, times have changed so much,” said Altman. “In a certain way, I meant the book to be sort of a history of a time in America. Because that time when women were shamed and had to give away their babies, I don’t think that will ever happen again.”

The arc of the novel itself takes Sonya’s story to present day, and though it is meant to record a specific anecdote of days not too far gone, its sub-themes are hard to ignore. The first half of the novel, clocking in at about 100 pages, covers in detail a five- to 10-year period of time in Sonya’s youth, while the last 100 pages cover 50 years or more. In a single sitting, the reader can see Sonya both trying to figure out how to talk to her first boyfriend and watching her own children grow up and leave her home.

“I meant this as kind of a slice of America, I was hoping it would be a little bit bigger than me ... because that was sort of a terrible time with regard to that kind of thing for women, so … one reason I could write it was that times have changed, and also my coming to terms with it,” said Altman. “And someday, all those secret babies won’t be here anymore.”

Altman wrote the majority of the novel purely by sitting down and digging through her own memory, with some embellishments added to make a better story (including an unexpected twist at the end). As a result, the writing is analytically and emotionally profound in a way that only someone looking back on their life could be. Altman does well to capture a consistent inner voice, using details and vivid emotional language that only come from experience. She is convincing both as a 13 year old and 60-something.

“I would like people to see how damaging shame is. And how it infiltrates everything,” said Altman. “A lot of the time, the things we feel ashamed about, we feel that unnecessarily. And it’s very nice to open up those secrets and see that they didn’t mean that much, to begin with, maybe. I do think shame is a terrible thing to carry around,” she said.