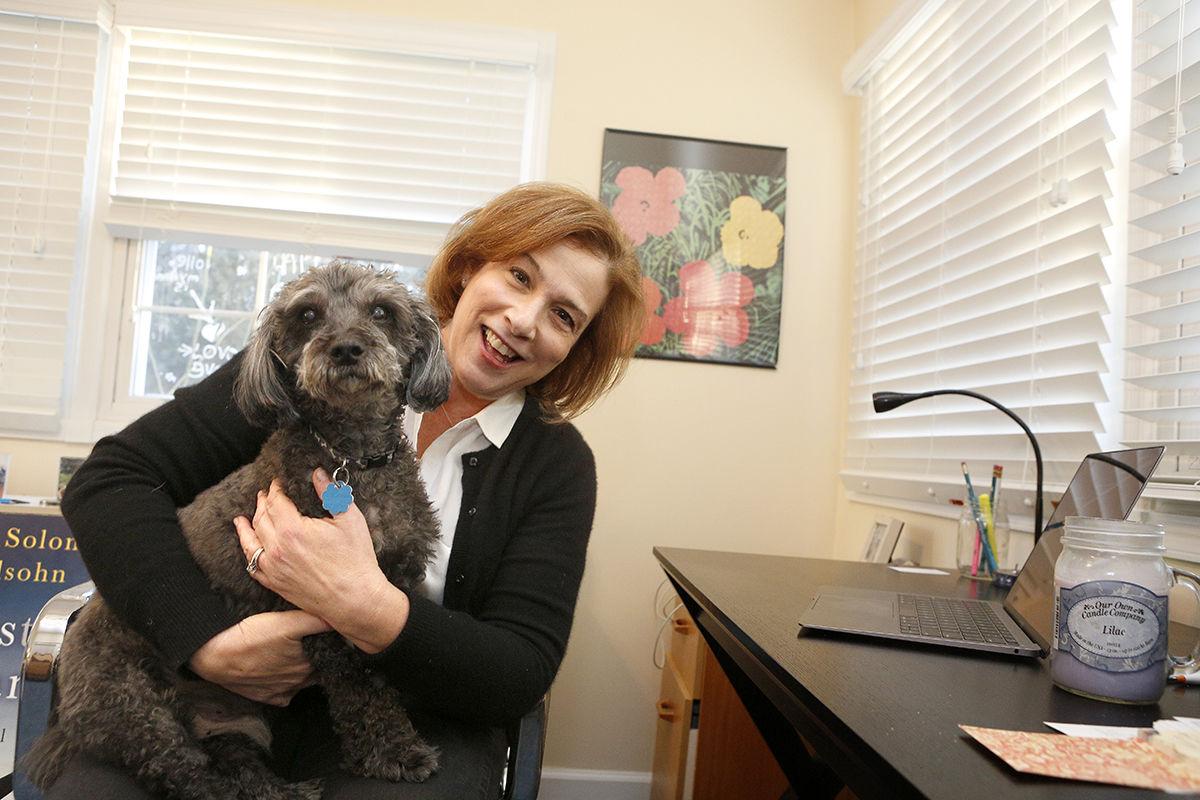 Barbara Josselsohn at work and at play. 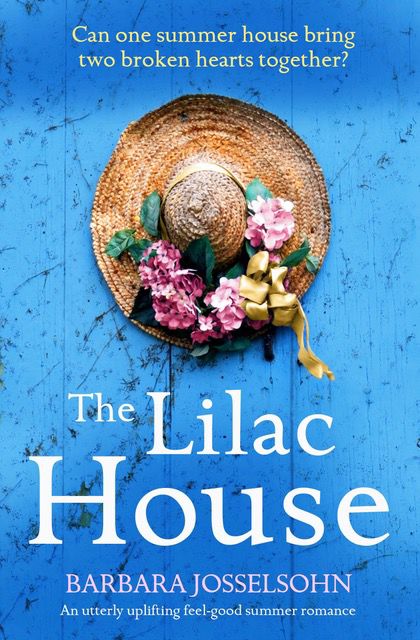 With frigid winds whipping through the village, it’s understandable that one might long for summer. Luckily, you can easily satisfy your yearning for the sultry season’s pleasures: “The Lilac House,” a new novel by Scarsdale writer and teacher Barbara Solomon Josselsohn, is available for pre-order on Amazon, Apple Books, Kobo and Google Play, and officially launches on March 13.

Set amongst picturesque summer homes in the Adirondacks, it’s a tale of love and loss, discovery and healing, and all the revelations the warm-weather season can hold.

“They’re about family and marriage and the bargains that you make, the give and take, the stories we tell ourselves, the narratives we create, the way we process information, and the way we block out things. It’s about who [the character] is as a person and who they are as a spouse.”

These are all issues that Anna Harris, the main character in “The Lilac House,” must confront and resolve. The story opens nine months after she has lost her husband, a popular politician, in a tragic accident.

Seeking solace, Anna travels to the Adirondack town of Lake Summers to unwind and reflect. Although she is a mother to two young children, she’s also adrift: “Before she met her husband she was on her way to becoming a significant dancer, and through a series of events that happened, that didn’t work out,” Josselsohn said. “She met and married her husband and basically created a whole new life with him, and now he’s gone. The question is, how does she go on when her identity is ripped apart — how does she find a new one?”

As Anna is exploring these feelings, she uncovers some surprising news about her late husband and her marriage. “She had closed her eyes to a couple of things that were going on,” Josselsohn said. “She finds out more about him and what he was dealing with in the last part of their marriage that she wishes she had known about. She visualizes all these questions that she wishes she could ask him, and he’s not there to answer. There are other people in the town who are instrumental in her processing this.”

If this sounds like a gripping tale, it’s thanks to Josselsohn’s consummate skill as a writer — her works have been published in iconic publications including The New York Times and New York magazine.

“Marriage and parenting and family are all themes that I have dealt with in my essay writing and nonfiction,” she said. “I think both my books sort of start with the question of how do I explore somebody in a particular crisis in their life. And then Anna kind of came to me. I thought, well maybe she was a dancer before they got married. Who else is in the family? As you start to answer these questions, as they feel right, you have a whole character there who feels so knowable and so much a part of the story. The dialogue starts to come naturally.”

Helping other writers find this sweet spot, too, is another of Josselsohn’s passions. While serving on the board of the Scarsdale Public Library seven years ago, she developed the Scarsdale Writer’s Center, an effort to support local authors with free classes. (For information, contact splwriterscenter@wlsmail.org.)

“I’ve been teaching writing workshops — three classes every other week — sponsored by the Friends of the Scarsdale Library. We have about 30 to 35 writers altogether, who are just the most interesting people,” she said enthusiastically. “Most are not writers by training. And they have always wanted to write, have wanted more structure and more feedback. We do a reading twice a year at Bronx River Books” on Spencer Place in the village center.

In addition, Josselsohn teaches novel writing at Sarah Lawrence College and leads writing classes for children at the Summer Arts Center at the JCC of Mid-Westchester. She also volunteers at Laurel House, a Stamford-based advocacy center for people with mental illness, running a volunteer writing workshop there.

“It’s really a privilege,” she said about her volunteer work.

She said she also feels privileged to have landed a two-book deal with Bookouture, an imprint owned by the esteemed publisher Hachette. Which means “Lilac House” will be followed by another, as-yet-untitled novel, scheduled for the end of this year.

For other would-be writers, Josselsohn has some words of encouragement. “The most important one is not to give up,” she said. Writing a book, she explained, “is a long, long process. My first book I wrote mostly on the side while my kids were growing up. It was 15 years to the book deal. This one took about two to three years to write, and the second one [in the book deal] was like a year. I had a teacher once, and I keep repeating her one piece of advice, that persistence is more important than talent. Nobody can buy the book that never got finished.”

She also urges aspiring writers to be less self-critical. “It’s so hard, [we] writers are so down on ourselves sometimes. We think, ‘This stinks.’ It doesn’t. There’s a lot of craft and a lot that can be taught. Things are fixable. People don’t always think their writing is fixable. Surround yourself with a great writing community. You meet those people as a writer, so that’s your primary identity.”

It’s an identity Josselsohn embraces. “This is a crazy business,” she said of writing. “It’s really hard, and it’s tough to break through, but you can. People love stories. That’s just what we do as human beings — we make stories out of our own lives, out of our friends’ lives. We see things in terms of action and reaction, event and consequence. There’s a whole world of people who want to read a great story.”