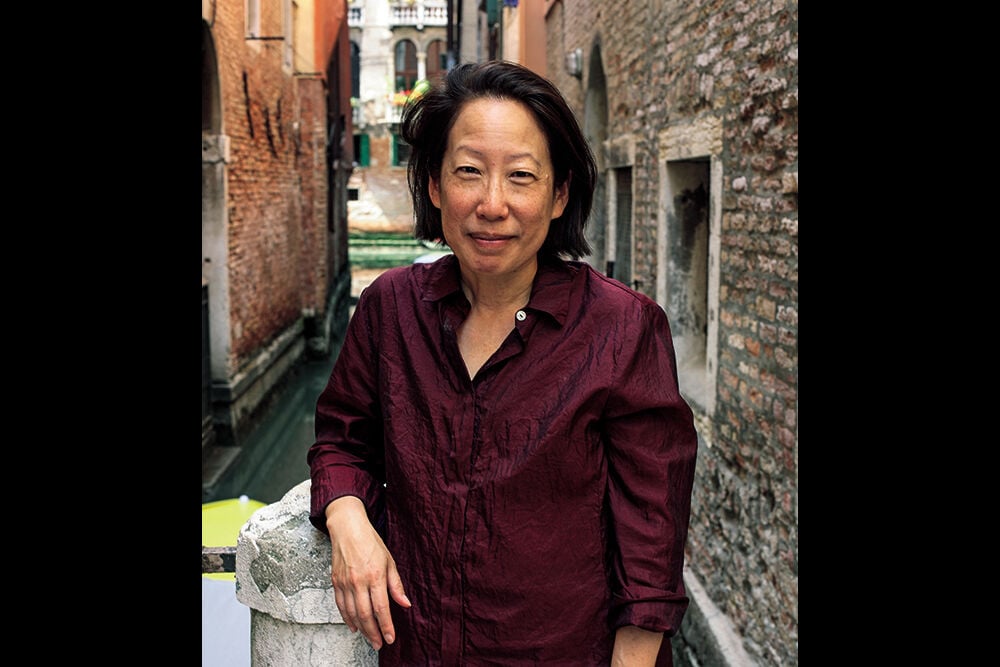 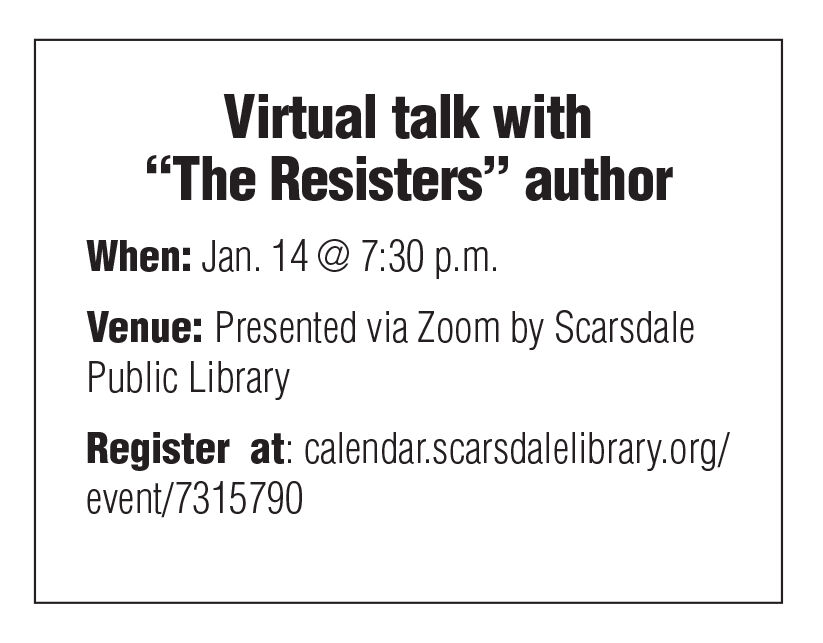 The present, as we know all too well, is a scary time to be living in. But what will the future be like? Gish Jen, a Cambridge, Massachusetts-based author and Scarsdale High School distinguished alumnae, Class of ’74, explores the possibilities in her latest novel, “The Resisters.” The paperback version of the book, which The New York Times hails as “intricately imagined,” will be published on Jan. 12. Two days later, on Thursday, Jan. 14, at 7:30 p.m., Jen will hold a free Zoom author talk via the Scarsdale Library to discuss the story (register at https://calendar.scarsdalelibrary.org/event/7315790).

Those who participate will get a closer look into the dystopia portrayed in “The Resisters,” a world in which automation threatens humanity’s very existence. The United States, in fact, has become AutoAmerica, policed by “Aunt Nettie” (a more sophisticated, even humorous, version of Big Brother). Society is bifurcated into the Netted — those who have jobs and live on dry land — and the Surplus, unfortunates who live in swamps or even on water.

One Surplus couple on whom the story focuses is especially surprising. It consists of a wife who is an attorney, and her husband, a former professor — in other words, what would be known as a power couple today.

“If you know anything about automation, it’s not only truck drivers who will lose their jobs,” Jen explained. “It’s going to hit all sectors of society. Obviously, we’re all hoping that people will be able to be retrained and so on, and everybody’s looking to mitigate the effects of this, but artificial intelligence has gotten so smart that a lot of jobs can be automated.”

Yet, Jen points out, “The Resisters” is far from a tale of doom and gloom.

“My book is actually quite buoyant,” she said. “People have definitely resisted, and not just resisted automation, but also resisted the kinds of things that can come from automation.”

Those who are familiar with Jen’s earlier acclaimed books — among them “Mona in the Promised Land” and “Typical American” — will know to expect a thought-provoking page turner. Beyond novels, she has also published short pieces in The New Yorker, The Atlantic Monthly, and other periodicals, and her work has been included in The Best American Short Stories. Her distinguished writing career stretches back some 30 years, and yet she traces its origins back further still, to the year she arrived, as a fifth grader, in Greenacres.

“I had come from Yonkers, where I was in a Catholic school where they had 40, 50, sometimes 70 kids in a classroom,” she recalled. “Obviously, we weren’t getting a lot of attention, and they had a very minimal library as well. It was nothing like Scarsdale. I got to Scarsdale, and the Greenacres [School] library, I mean, it was the most exciting thing ever. I read all the books in the Greenacres library.”

In the classroom, too, she found ample encouragement for her nascent literary talents.

“Mr. [Hal] Baron, my teacher, was just wonderful, and he had a little class magazine — we didn’t have anything like that in my old school,” she recalled. “I wrote my first story for Mr. Baron for that class magazine, and I remember printing it out on mimeograph paper. It involved a maid who stole some gold and hid it inside a hat, and when they picked up the hat, the gold fell out.”

Jen’s first byline had a lifelong influence on her. “Had I never moved to Scarsdale and not wandered into Mr. Baron’s classroom, I would probably not be a writer today,” she reflected. “I really very much owe it to him.”

She also has fond memories of her junior high and high school years. “It was the ’70s. I have to say that mostly we were hanging in the Brewster Road library, sitting on the floor. I think one of the things that’s amazing to me now is when I look at students and I see them sitting all in chairs,” she said.

The budding auteur was greatly influenced by her English teachers. “I can [think] back to junior high school, and I can still see my teacher, Mr. [Carl] Ladensack, explaining to us what dactylic meter meant,” she noted. “And then there was Mr. [Courtenay] Cauble, my English teacher at high school. I can still hear him talking about the first page of ‘Pride and Prejudice,’ and irony, and what that was.”

Scarsdale also provided Jen with something else: her nickname, Gish. “I was in a little creative writing club in high school, and we all had little nicknames,” she explained. “My first name was Lillian, so I was named Gish after [actress] Lillian Gish … you can sort of see all this kind of self-invention that I have associated with my years in Scarsdale.”

Jen went on to Harvard, where she majored in English, then worked briefly in publishing at Doubleday. She also attended Stanford Business School for a year, but “within five minutes of arriving there, I realized that I had made a tremendous mistake,” she said. After dropping out, she spent a year in China (Jen is a second-generation Chinese American), and then attended the famed Iowa Writers’ Workshop.

No matter how far afield she has traveled, however, Jen retains a soft spot for her hometown. “The effect of my Scarsdale education on my life has been just huge,” she said. She has some advice for local students who might wish to follow in her footsteps. It’s simple, Jen said: “Respect — and thank — your teachers.”