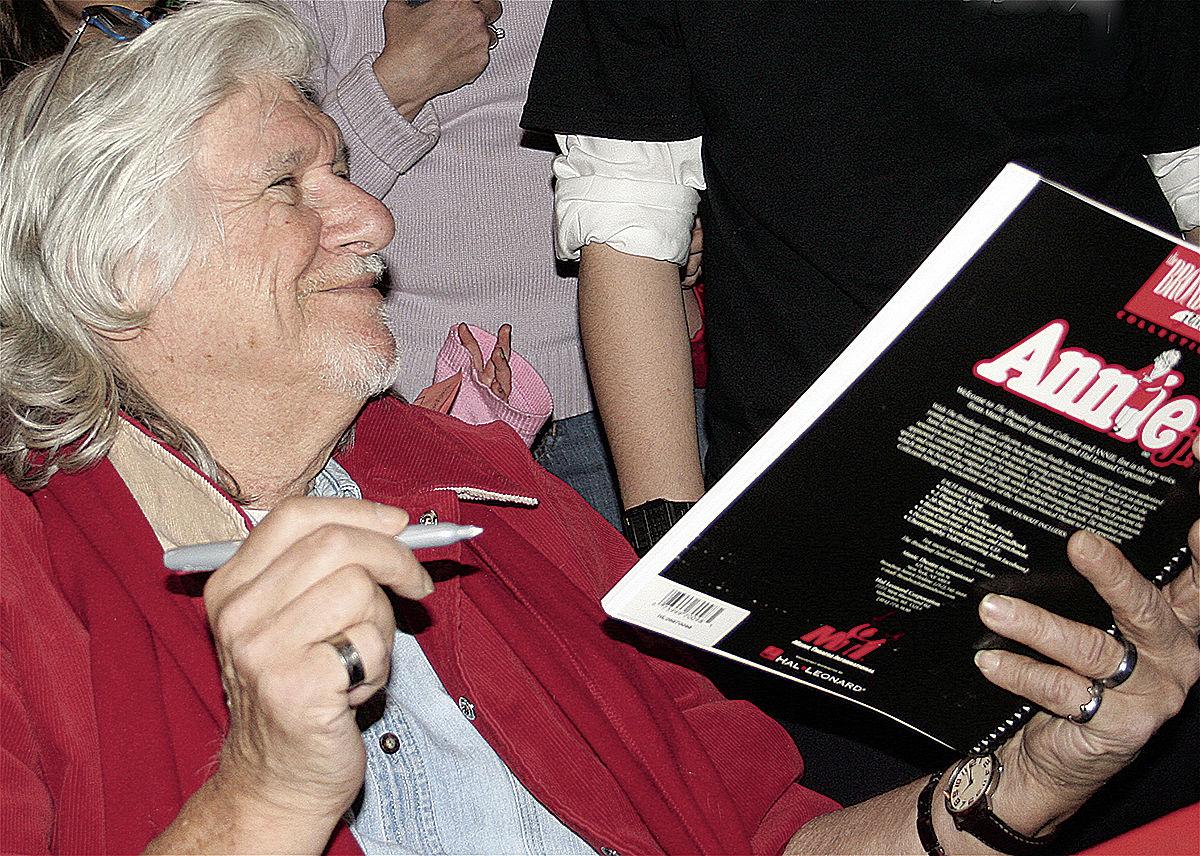 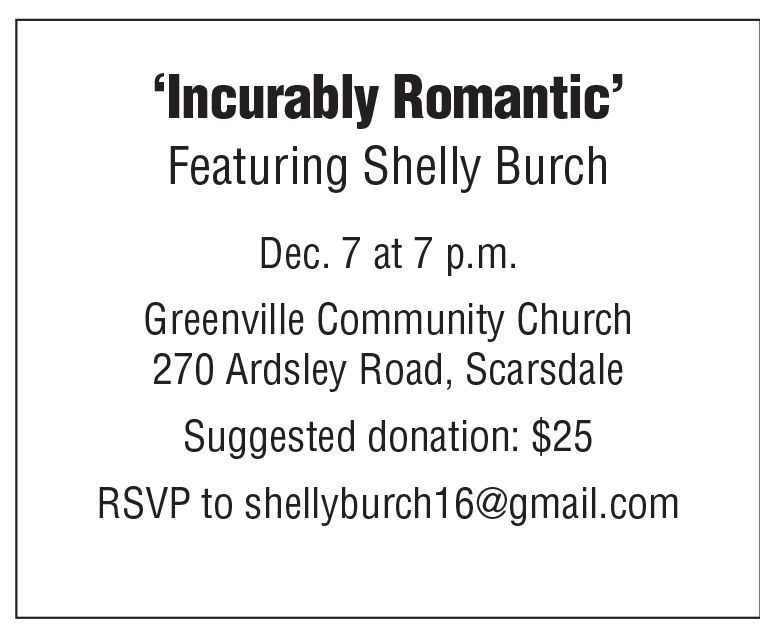 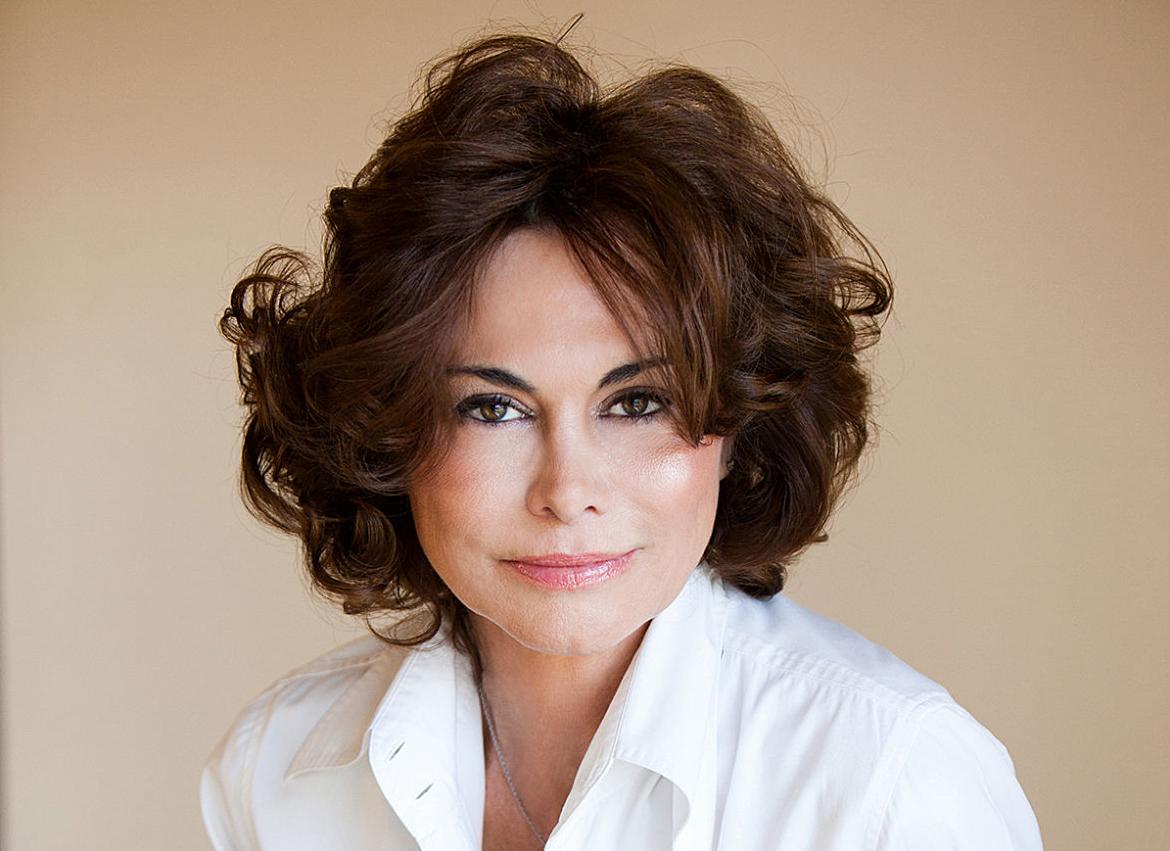 On Dec. 7 at 7 p.m., in the cozy atmosphere of Greenville Community Church, Shelly Burch will perform “Incurably Romantic.” It’s a one-woman concert of show tunes — some sentimental, some well remembered, all memorable. If the music sounds exceptionally beautiful, it’s because Burch, a one-time Scarsdale resident, is an accomplished singer and actress. Highlights of her career include starring opposite Sammy Davis Jr. in the Broadway musical “Stop the World — I Want to Get Off” and playing a leading role on the soap opera “One Life to Live” for eight years.

And if Burch sounds especially emotional as she sings, there’s a reason for that as well: all of the tunes in her show were written by her late husband, Martin Charnin. Best known as the Broadway lyricist and director who brought the musical “Annie” to the stage, and the writer of the beloved tune “Tomorrow,” Charnin died in July. His theater career, which spanned some 60 years, garnered him numerous honors, including Emmy awards, Drama Desk awards and a Grammy.

“I wanted to do this show certainly to honor him, and hopefully do some songs maybe people didn’t know that he wrote besides just ‘Annie,’” Burch said. “We have gold records and platinum records on our wall. Martin was just prolific in all of his career as far as being a writer, director and creator.” Besides acting on Broadway himself (Charnin had a role in the original production of ”West Side Story” in 1957), he was the lyricist for musicals such as “Hot Spot,” “Mata Hari” and “I Remember Mama.”

It was “Annie,” though, that made Charnin a household name. “He bought the rights from the Chicago Tribune in 1970,” Burch remembered. It then took seven years to hold auditions, find a composer (Charles Strouse), and get producers to back the show.

“Finally they were able to open on Broadway in 1977, and really, kind of the rest is history,” Burch said. “I mean, it’s of course been over 40 years now that the music has been out there, and the song ‘Tomorrow’ is one of the Top 100 songs ever. ‘Annie’ is always being performed somewhere — in some elementary school, junior high school; we’ve seen a lot of productions of it.”

It was “Annie,” too, that brought Burch and Charnin together — twice. “I was in the original production, starting in 1979,” Burch said. “I played a role called ‘Star to Be’ and I sang ‘NYC.’ I was in the show for two years and played numerous other parts as well, including Lily, the bad guy’s girlfriend. And that’s where I met Martin — he was my director. We went out a short time and then didn’t see each other for 25 years.”

The two met up again in 2004, when Charnin, who had since relocated to Orlando, Florida, was directing an equity union dinner theater’s production of “Annie” and wanted a little guidance. “I’d never really directed a whole production, with lighting and sets and everything. And I thought, ‘Well, let me try to give Martin a call,’” Burch remembered. The two met up in Nashville and spoke about the show. “Then he told me he had been in love with me 25 years before,” she shared. “Thank God we were just able to pretty much start where we left off.”

Burch and Charnin paired up not just personally, but professionally as well. “We did so many shows and reviews,” Burch said. “We did my cabaret, because I had a cabaret show that I’d been doing for all the years I’d lived in New York, a one-woman show. And I had done it in Orlando, but when I got back together with Martin, I used a CD that he had recorded, called ‘Incurably Romantic,’ and used all of his songs to tell a story basically about my life. And these are all songs not known from ‘Annie’ — they were from all these other shows and reviews. And the CD’s name is actually the name of the show I’ve done over the years, and that’s the name of the show I’m doing at Greenville Community Church.”

The couple left Florida and performed Burch’s cabaret several times elsewhere, including in Seattle, where they lived for seven years. “We worked at many different theaters there, doing different productions — the music of Irving Berlin for instance, and of Richard Rodgers, and Martin was artistic director of a theater group called Showtunes. They did long-lost shows and forgotten shows,” Burch said.

After seven years in Seattle, “Martin wanted to move back to New York and be in the hub of theater,” Burch said. (The couple lived in Scarsdale, then later relocated to New Rochelle.) “We started doing my one-woman show at 54 Below and The Metropolitan Room. We also performed several shows at the Emelin Theatre in Mamaroneck,” Burch recalled. The couple had been gearing up for more Manhattan performances when Charnin suddenly passed away this summer.

Guests at the Dec. 7 performance can expect a show in two acts. Besides singing, “I talk and I tell stories about some of the songs and where they came from, some of the other musicals that Martin wrote,” Burch said. There are a couple of songs for which he rewrote lyrics; they were written by other composers who are very famous. For instance, one song is written by Vernon Duke and Ira Gershwin — it’s called ‘I Can’t Get Started.’ He rewrote the lyrics just for me. And talk a little bit about myself as well. There’s always an encore, too.”

And will Burch take the opportunity to sing a song from “Annie”? There’s always “Tomorrow” — or at least Dec. 7— to find out.

Greenville Community Church is located at 270 Ardsley Road in Scarsdale. Suggested donation to attend the show is $25; RSVP via email to shellyburch16@gmail.com.