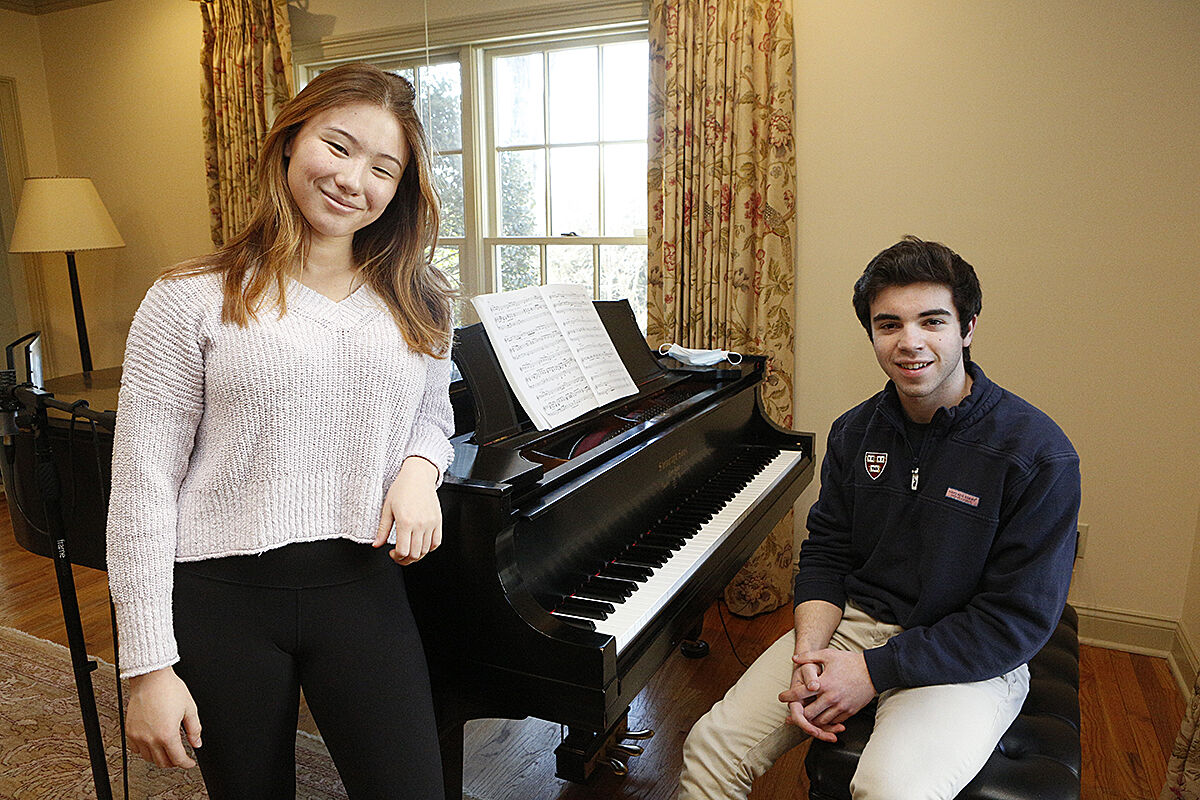 Emily Hansen and Jack Silvers rehearse for the big event. 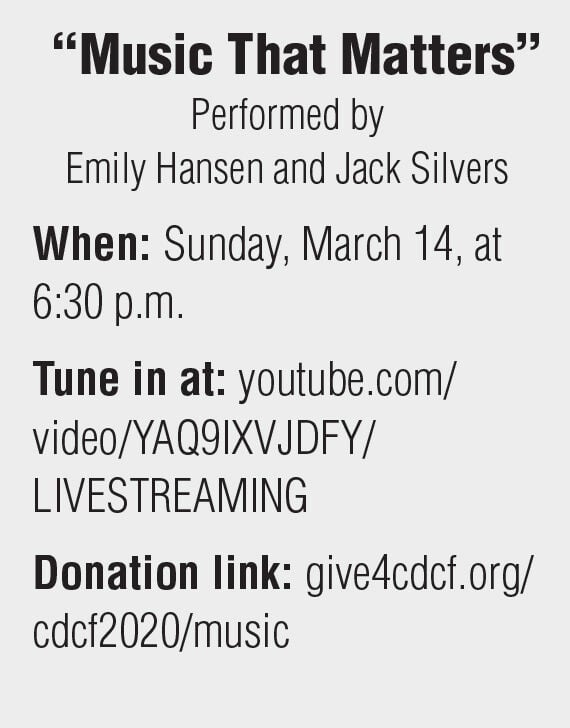 Some fundraisers strike the perfect note — a local virtual concert, scheduled for next weekend, will certainly fit the bill. On Sunday, March 14, at 6:30 p.m., Emily Hansen, a Fox Meadow resident and mezzo-soprano, will perform “Music That Matters,” a selection of classical and contemporary works. Accompanying her on the piano will be Jack Silvers, 18, who graduated from Scarsdale High School in 2020 and is taking a gap year before matriculating into Harvard University.

During the event, which will be livestreamed on YouTube, a link will appear through which viewers can make donations (to donate at any time, visit give4cdcf.org/cdcf2020/music). All proceeds will benefit the CDC Foundation’s “Crush COVID” campaign, which works to address the pandemic through health equity, frontline support and health protection efforts.

“We chose [this charity] because I liked that it addresses the issue from multiple angles,” Hansen, a 17-year-old SHS senior, said.

The performance has been months in the making. “I wanted to put on something to fundraise for COVID for a while,” Hansen said. “I was like, ‘We should just do a concert.’ Why not? I love to sing, and there aren’t a lot of performance opportunities right now. But then I’m a senior, so the college application process kind of pushed it back. We’ve finally gotten around to it, which is great. I’m really excited.”

The audience, too, will likely be thrilled, since the program offers something for everyone. Besides featuring the works of august composers of yore, such as Bach and Handel, it includes well-loved theater standards. Expect to hear spirited renditions of “Nothing!” by Marvin Hamlisch from “A Chorus Line,” as well as “How Could I Ever Know?” from “The Secret Garden,” composed by Lucy Simon. The concert will consist of 10 pieces in all, with a 10-minute intermission between the first and second sets.

Hansen and Silvers curated the program carefully. “The concert displays some more recent stuff that I have been working on, but also just stuff that I really like to sing,” explained Hansen, who has studied opera at the Manhattan School of Music for six years, and is president of the all-female a capella group Noteworthy at SHS. “The first piece we will perform, ‘Pieta, Signore!,’ is a piece I have known since I was in eighth grade. It’s early Baroque, by Alessandro Stradella. I like how it fits my voice. I like singing it, and the piano part is very pretty. It has a very long intro that’s really gorgeous.”

If Hansen knows her repertoire intimately, it’s because she has explored her musical talents from a young age. “When I was in elementary school, I had a very close friend in second grade that played the violin, and she was pretty good at it,” she recalled. “I was a little jealous — I wanted to be good at something. So I started playing violin, and I loved it until maybe sixth grade, which is when I stopped. And then I wanted to sing.”

While she had always participated in the children’s choir at her church, St. James the Less in Scarsdale, as well as in her elementary school chorus, Hansen decided to study vocal music more intensively. “All of the pop stars and stuff, that’s kind of what I thought I would be doing when I first got into it,” she remembered. “And then I started taking voice lessons in seventh grade, and my teacher said, ‘Let’s do opera,’ and I was like, ‘No! Let’s not do opera.’ She said, ‘We’ll just try it,’ … and then, after about a year, I started to really love it.”

Hansen also loves her other classes at the Manhattan School of Music. “Basically, it’s a pre-college program, so it’s all immersive. I take music theory classes, and training classes,” she said. “I also am in two ensembles there, and then a choir and an opera ensemble. And they have a ton of electives … I’ve taken acting, I took a class in Alexander Technique [which retrains habits of movement and posture], and I took diction for singers, which has actually been very helpful, because we sing in mainly Italian, French and German.”

“Most of the pieces [in ‘Music Matters’] are coming from that, and then we added and changed a couple of things,” Hansen said. In addition to accompanying Hansen, Silvers will be playing two solo pieces: “Prelude in G Minor,” by Rachmaninoff, and “Sonata in E Minor,” by Haydn.

Hansen and Silvers, incidentally, are dating, which Hansen said makes it easier to perform together. “We know each other pretty well, obviously, so there wasn’t that awkwardness of having to get to know a new accompanist,” she noted. “And it was also nice that I could just say something to him without having to feel nervous about it, like, ‘Hey, can you take that tempo up more?’ or ‘I need that to be more legato,’ or ‘Make sure you wait for me there.’ And it goes both ways also. He could tell me, ‘You’re rushing,’ and there’s no awkwardness.”

The concert will be performed out of St. James the Less Church, and Hansen is grateful to its pastor, Astrid Storm, for the support.

“I hope it will go well — we have already raised $3,800 in advance donations,” Hansen said. “This has been a weird time for everybody. Nobody’s really going to performances, nobody’s going to concerts. The biggest thing for me is for people to enjoy the music.”