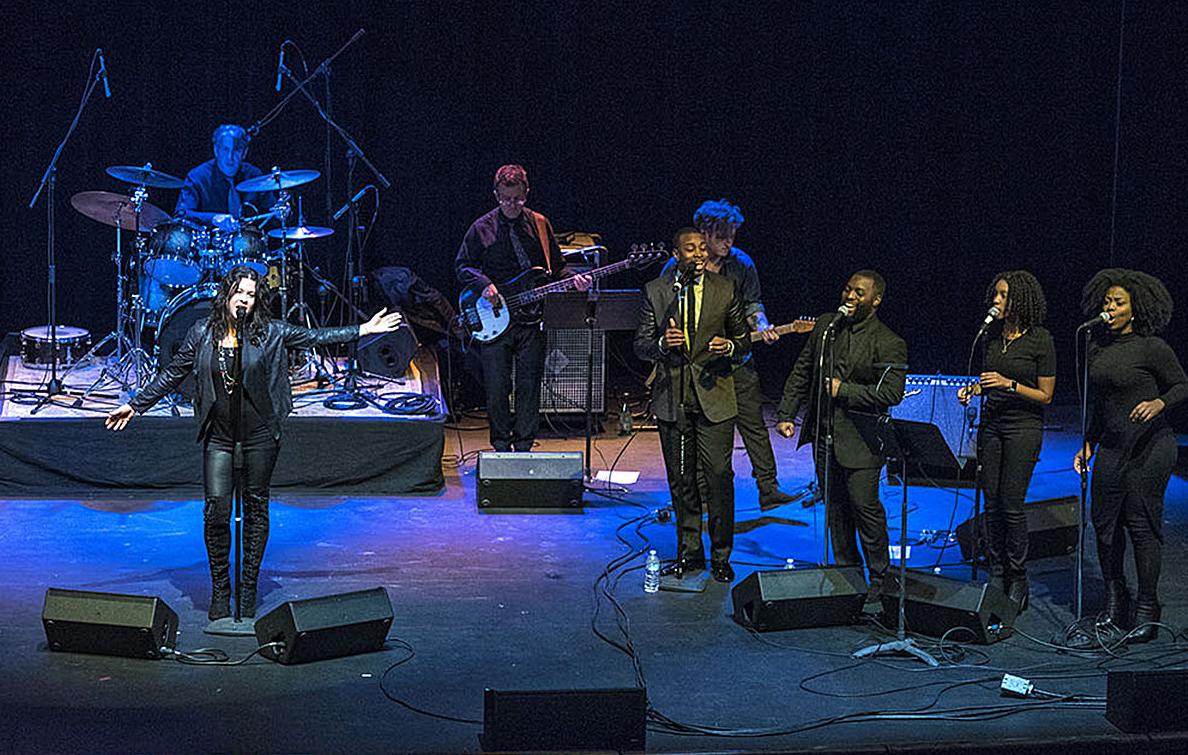 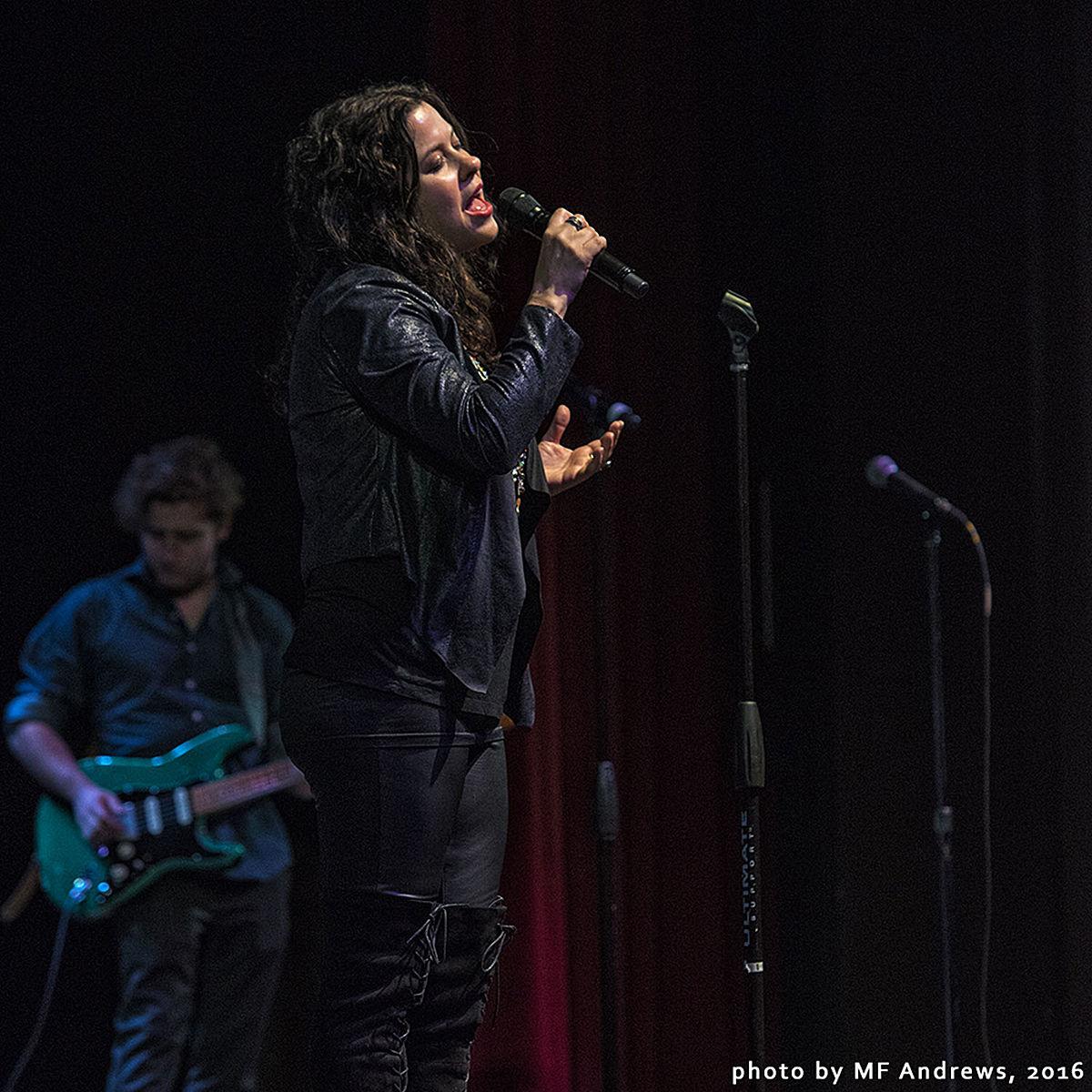 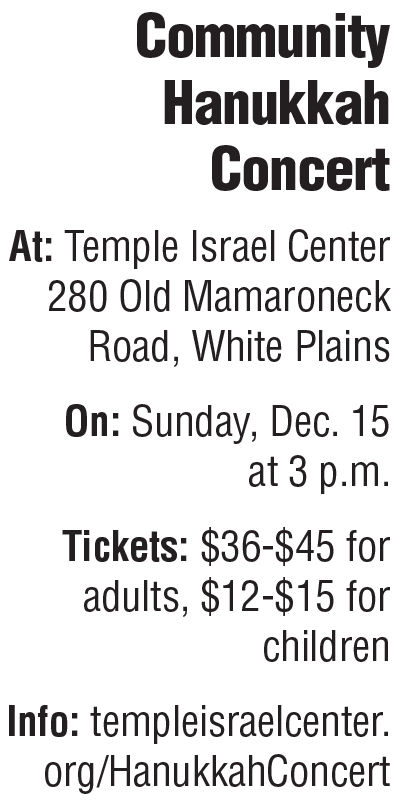 On the title track of her new album, “Believe,” Neshama Carlebach sings of building a better world and creating joy from sorrow, with maybe a nod to the joyous Jewish celebration of Hanukkah, which, as she reminds us, “happens at the darkest time of the year.”

Let us light these lights

For the world tonight

And that day, we’ll make love light up the sky

And that day, we’ll see heaven in each other’s eyes

“Turning darkness into light is so very important to me, and that is the main message of this song,” said Carlebach, an award-winning singer and songwriter, who will perform with her band and gospel choir led by Pastor Milton Vann at a community Hanukkah concert at Temple Israel Center in White Plains on Dec. 15.

Carlebach’s music taps into a variety of genres including classic Hebrew folk song, contemporary pop, jazz and gospel. She has collaborated with musicians of different faiths and partnered with organizations, synagogues and churches. A headliner at major Jewish music festivals across the U.S. and globally, she has performed at an interfaith peace summit in Japan, at the gates of Auschwitz on Yom Hashoah (Holocaust Remembrance Day), and at concerts and gatherings for audiences of all ages and backgrounds.

Carlebach’s biggest influence came from her father, the late Rabbi Shlomo Carlebach, a prolific songwriter and performer who emerged from the Jewish counterculture of the 1960s and a Greenwich Village folk music scene inspired by legends Bob Dylan and Pete Seeger. Neshama and Rabbi Carlebach toured together and, for many congregants, their music was ubiquitous and synonymous with their temple experience. He died in 1994 at the age of 69.

But Rabbi Carlebach’s legacy as a beloved spiritual leader was tainted by allegations of sexual misconduct that were published in Lilith magazine in 1998 and were later brought to the forefront by the recent #MeToo movement. In recognition of the emotional pain that victims had endured, Central Synagogue in Manhattan placed a moratorium on performing Rabbi Carlebach’s melodies, and other synagogues soon followed suit.

That decision caused a devastating backlash that affected the life and livelihood of Neshama who, at that point, had an established 25-year solo career. Suddenly, she was no longer invited to perform at concerts and congregations.

“The fallout on me was quite unfortunate, and I am still coming to terms with it,” said Carlebach in a September interview for the podcast, Unorthodox. “People would say, ‘It’s not you, it’s your name.’” The timing could not have been worse. She was a single mom and out of work at the time.

Rabbi Angela Warnick Buchdahl of Central Synagogue in Manhattan said she was made aware of the “collateral damage” — as she described to her congregation — that was suffered by Neshama.

“What we never intended was the harm this brought to Neshama, a gifted spiritual leader and friend,” Buchdahl said.

Last January, she lifted the moratorium on Rabbi Carlebach’s music and welcomed Neshama Carlebach back to the congregation to perform. Once again, other venues followed suit. Carlebach said that reconnecting with Buchdahl was a gift.

“The day I sang with her was both beautiful and complicated,” she said. “I was grateful to have the opportunity, to teach and perform by her side, and to begin again.”

Singing that material, most of which Rabbi Carlebach never sang publicly or recorded, Carlebach said, “is like breathing for me and returning to those beautiful soul songs has been redemptive and healing.”

Carlebach’s life is whole again. She has remarried and lives in New York with her husband, Rabbi Menachem Creditor and their five children, and she has launched a jewelry line, based on her album, “Believe.”

In Hebrew, ‘Neshama’ means ‘spirit’ or ‘soul,’ and Carlebach’s can be felt in a rich melody with a driving beat, “Hear Our Prayer,” another track on “Believe.”

“More than anything, these songs reflect the joy of my life and a feeling of pride at having journeyed with integrity through a few challenging years,” she said. “Having gone through such a transformative personal and professional process, fully engaging with my career is a priority now. I’m excited to see what continues to unfold.”