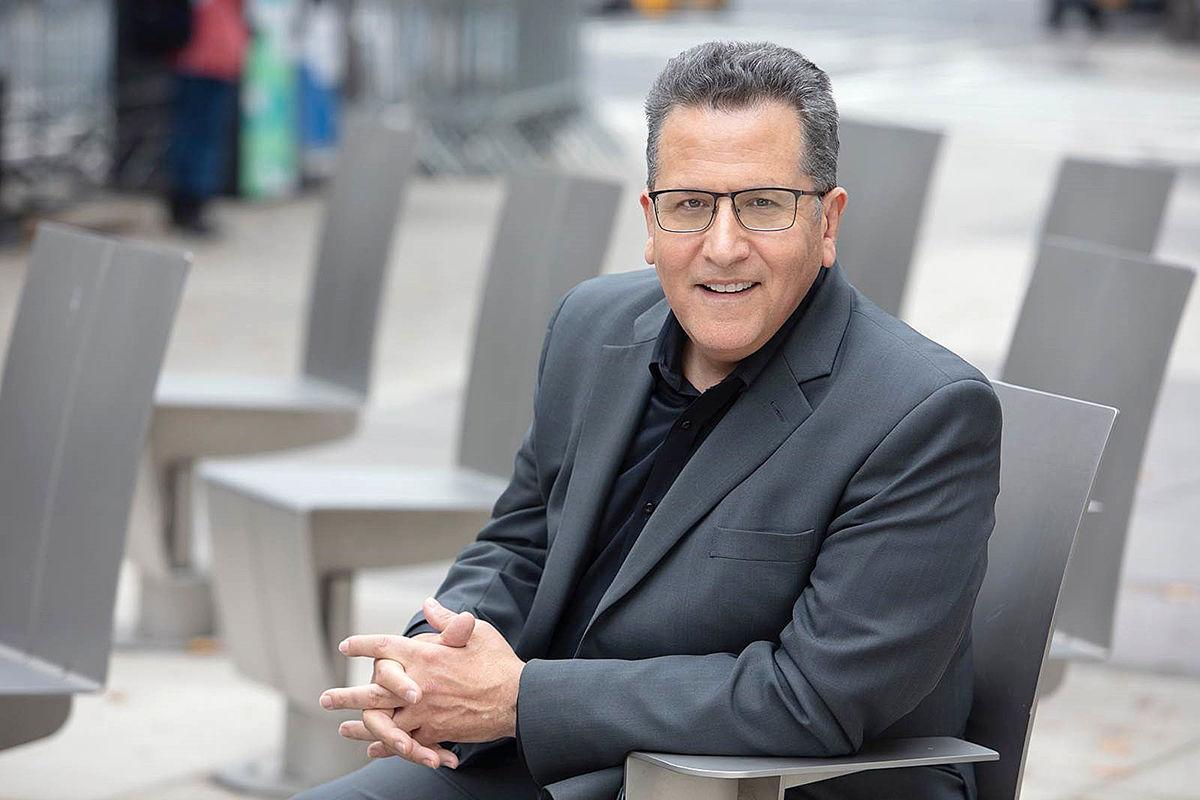 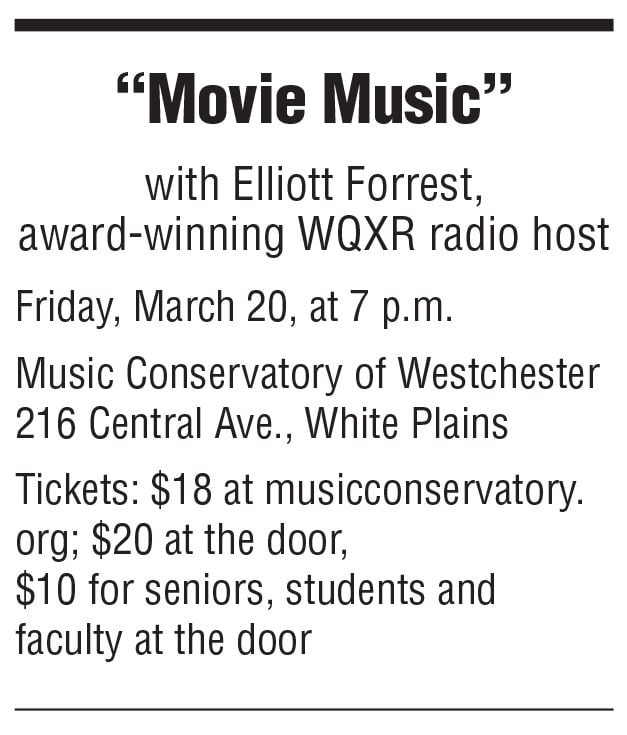 From heart pounding thrillers to heartwarming rom-coms, movie scores can set the tone for an entire cinematic experience, transporting us to another time and place.

At the Music Conservatory of Westchester, WQXR radio host and award-winning broadcaster Elliott Forrest will explore a dynamic mix of award-winning and memorable soundtracks during a special interactive multimedia event, “Movie Music,” Friday, March 20, at 7 p.m.

Appealing to film buffs and music lovers alike, Forrest will discuss and deconstruct the musical dynamics of scenes from more than 40 hit feature films, including “Star Wars,” “ET,” “Psycho,” “Jurassic Park,” “Schindler’s List,” “The Godfather,” “To Kill a Mockingbird,” “Gone With the Wind,” “Taxi Driver,” “The Mission,” and “Edward Scissorhands.”

With unique insights into music and production, he will reveal the back stories and behind-the-scenes trivia about celebrated collaborations between filmmakers and composers like Steven Spielberg and John Williams, Alfred Hitchcock and Bernard Herrmann, and Roland Jaffe and Ennio Morricone.

Forrest has met and interviewed scores of directors and film composers, both on radio and on his former TV show, “Breakfast with The Arts” on A&E.

“I love exploring their process and influences,” he said. “If you are absorbed in a really good movie, you shouldn’t watch it saying, ‘what great furniture, or lighting or music.’ But when you excerpt the clips and focus on the score, you can understand the importance, beauty and role that music plays in setting mood, time, drama, comedy and character.”

A Peabody Award-winning broadcaster, Forrest hosts “The Chamber Music Society of Lincoln Center” and movie music every weekday with “The Score at 4,” both airing on WQXR (105.9 FM), and more than 60 concerts at Carnegie Hall. He is the director of the PBS television music special, “Considering Matthew Shepard,” and regularly produces and directs symphonic concerts featuring the Los Angeles Philharmonic, the New York Philharmonic and the Houston Symphony. He is currently producing a concert tour for violin legend, Itzhak Perlman, and is the founding executive artistic director of ArtsRock.org of Rockland County.

“Movie Music” is the first in MCW’s three-part series, “An Evening With…” highlighting the music of film, Broadway and opera. Other events in the series include “Marc Shaiman: Broadway Meets Hollywood” on April 16 and “Tailor Made: Adapting Opera to Broadway,” on May 15.

“We try to think outside the box, and I think this series is going to give people some surprising connections between film, musical theater and opera,” MCW’s executive director Jean Newton said. “We choose presenters who are very dynamic, extremely knowledgeable and really engaging as speakers.”

Proceeds from ticket sales will benefit programs at MCW. Tickets are $18 online; $20 at the door; and $10 for seniors, students and faculty at the door.  MCW is located at 216 Central Ave. in White Plains.