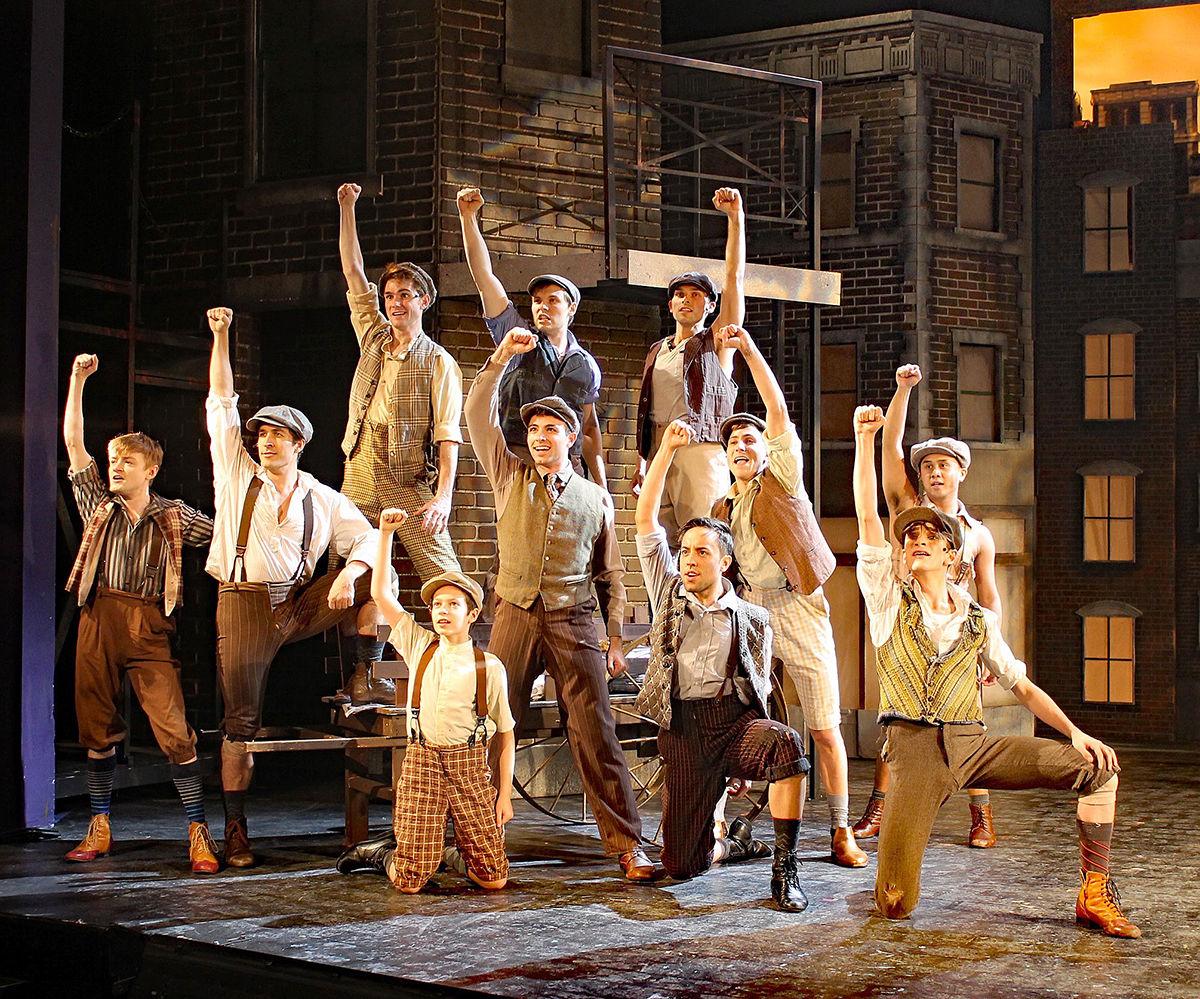 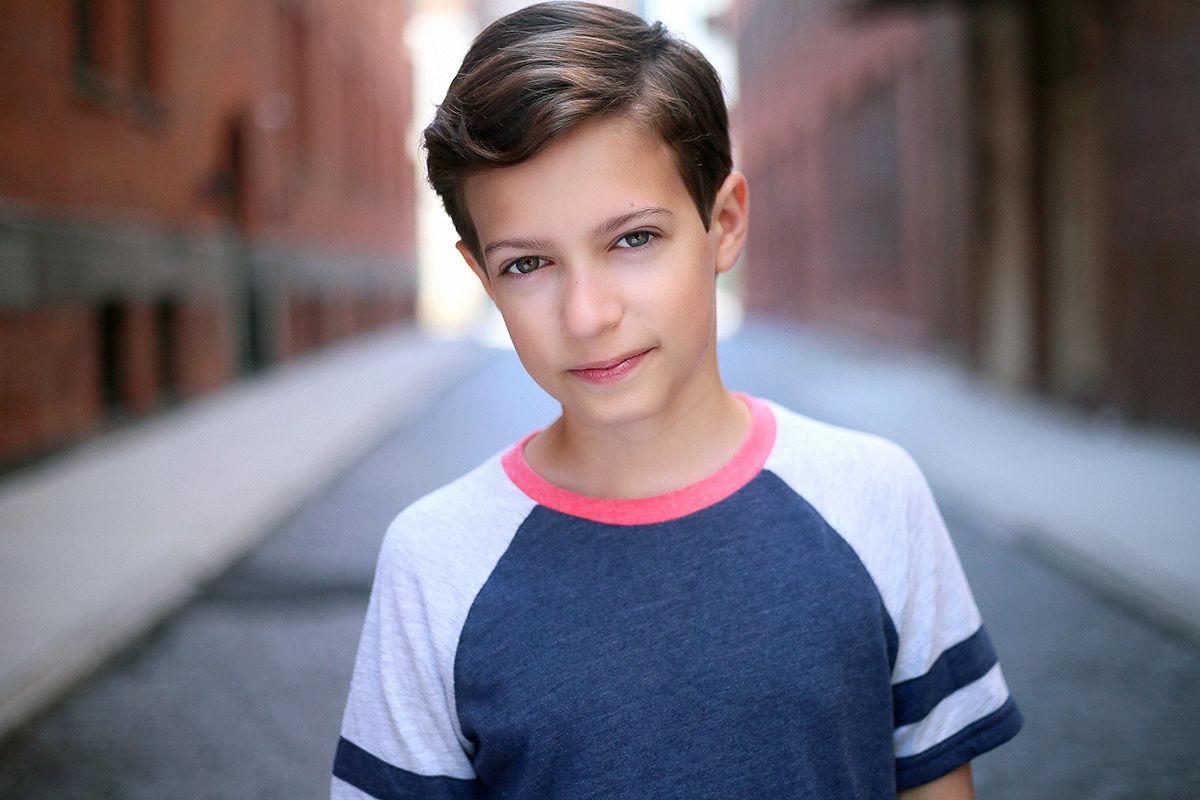 Caleb Reece Paul has starred on Broadway in “Finding Neverland” and in “FBI” on CBS TV. 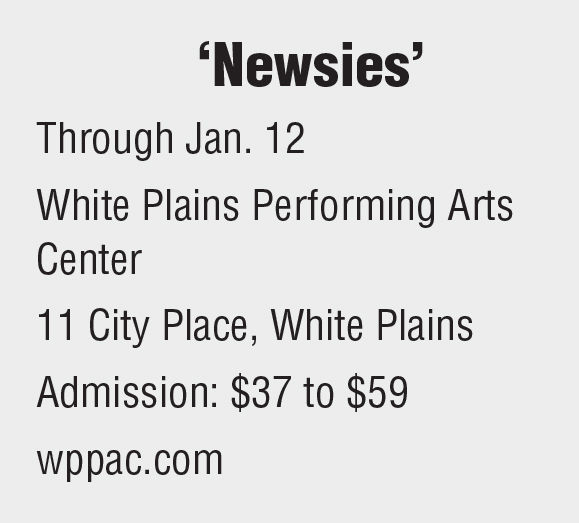 Scarsdale resident Caleb Reece Paul, fresh from his tour with Broadway’s “Finding Neverland,” wasted no time getting back onto the stage.

The 11-year-old is playing Les Jacobs in the White Plains Performing Arts Center’s production of “Newsies” through Jan. 12.

Coming from Broadway to a local stage wasn’t such a big change for Caleb, especially since he feels like the WPPAC is “just like Broadway” — but much closer to his house.

Caleb’s character Les is the youngest of the newsboys in the play, and Caleb said he can always lighten the mood, even when scenes are a bit dramatic.

Preparing for shows like “Newsies,” Caleb memorizes lines and songs as soon as he gets the script.

“Sometimes [the producers] give you a packet and say, ‘OK, so this is the packet for everything, only learn the first scene, because the rest of the scenes are for the callbacks,’” Caleb said. But he always learns all the scenes “just in case” and because he wants to make sure he knows the role so well that it feels like second nature.

Caleb’s mother, Lara Paul, runs lines with him when he’s preparing for a role. They usually do a call and response for a chunk of Caleb’s lines, going back and forth until he knows the lines without his mother’s prompting. When choosing how to play a scene — happy, sad, or anything in between — Caleb imagines other characters as members of his family, which allows him to respond to others in a way that feels natural. This technique, Caleb said, allows him to have a better performance. And, when he’s learning songs, sometimes his grandmother, Metropolitan opera singer Carole Farley, helps Caleb learn his material.

When it comes to family involvement, the Caleb family spurns the “stage mom” stereotype, which usually involves a mother or caretaker forcing a child into show business for selfish motives.

“What’s amazing for us is that even though he’s on tour for a year, or doing show after show, he’s working hard and he’s relentless and tireless because he really wants this,” said David Paul, Caleb’s father. “It’s great that he’s found something he’s so passionate about.”

While performing in “Finding Neverland,” Caleb was often on stage with other children as well as adults. “Newsies” feels different, he said, because most of the actors are adults, and Caleb is playing the youngest character. It was a bit intimidating at first, he said, but the other cast members have been “nice and supportive” throughout the rehearsals and performances.

“[Caleb] has felt included and supported from the beginning and, as the only kid, he feels like he is everyone’s little brother,” said David Paul, “He is grateful to be a part of such a talented cast and to work with such an amazing creative team.”

Last fall, Caleb saw firsthand how different live performance is from film acting. In October, he taped the first episode of the new CBS show “FBI,” in which he plays Tyler, the son of Jubal Valentine (played by Jeremy Sisto). On stage, Caleb said, he has to exaggerate his movements so the person in the last row can see everything, but acting for TV is much more understated.

“In film, the camera is sort of like your eye,” Caleb said, “the camera’s right up into your face so you have to be more subtle.”

When he’s not playing Les Jacobs or Tyler Valintine or preparing for a new role, Caleb said he loves to read — it’s an activity he considers his “home base.” When he wants to relax, movie making and listening to music, almost any genre, are more of his go-to’s. But sometimes the acting life can bring on feelings of aloneness. While he was touring with “Finding Neverland,” for example, Caleb missed playing with his friends, so playing games — board or made-up — became another favorite activity.

Along the way, he said, his friends come to see him and support him in his new role at the WPPAC.

Knowing his friends are in the audience sometimes has Caleb “backstage freaking out,” but once he gets on stage, he said, all the worry melts away and he focuses on the moment. “And then I go back off stage and I’m like, ‘Oh, wait, [they’re] in the audience. I hope I was good in that scene.’”

“It’s so wonderful … to see how much he’s learning,” said Lara Paul, “to see the thrill, the love in his eyes and how grateful he is to be able to do it, and for the opportunity to do it. To see his face after a show is really amazing. We’re really proud of him.”

When anyone comes to see the show, whether they are his friend, family, neighbor or stranger, Caleb hopes that audiences take away the idea of standing up for what is right, no matter how little you are, which Caleb feels especially pertains to Les.

Caleb’s advice to young aspiring actors and actresses is simple: Just go for it. “It’s so fun and exhilarating and so magical — never stop,” he said.