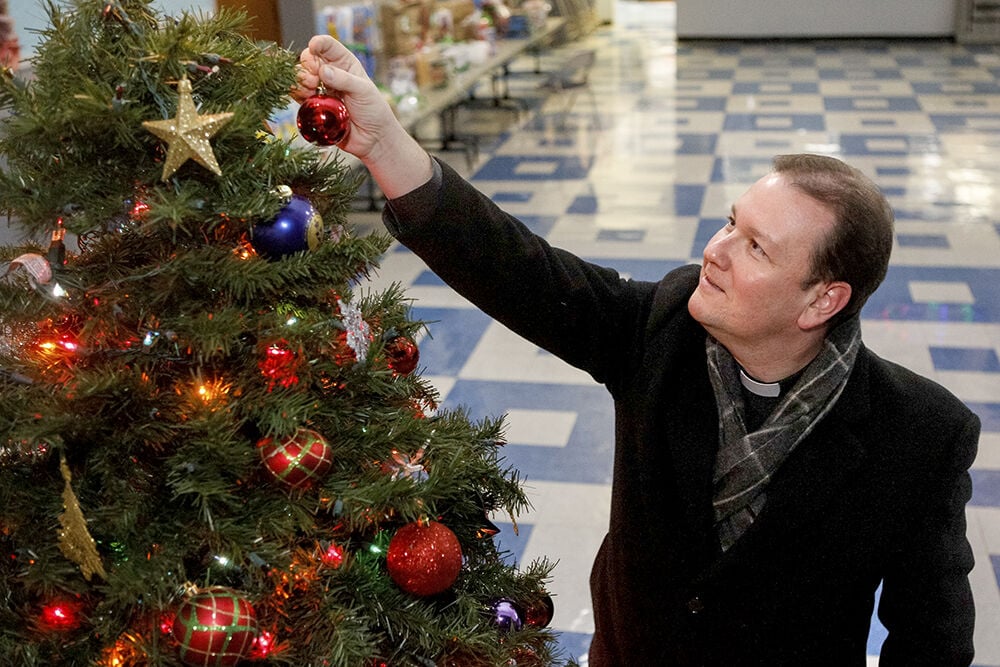 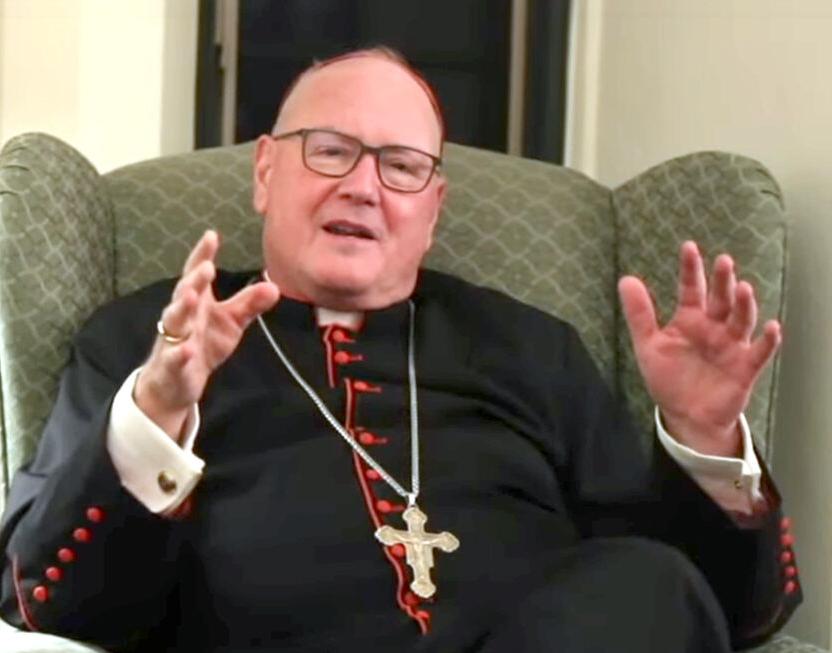 IHM had a virtual guest appearance from Cardinal Timothy Dolan. 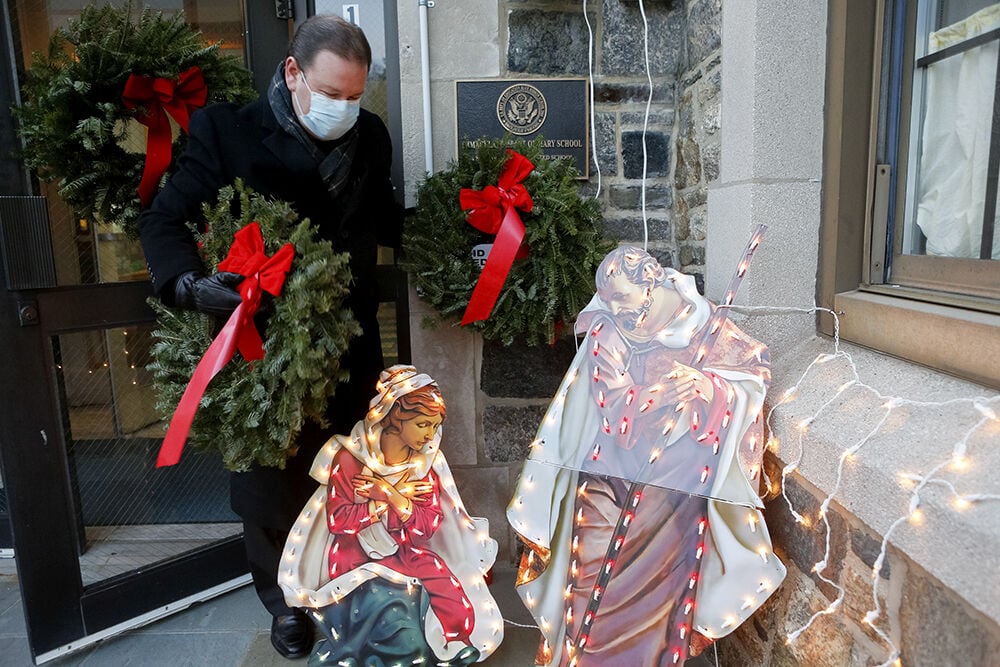 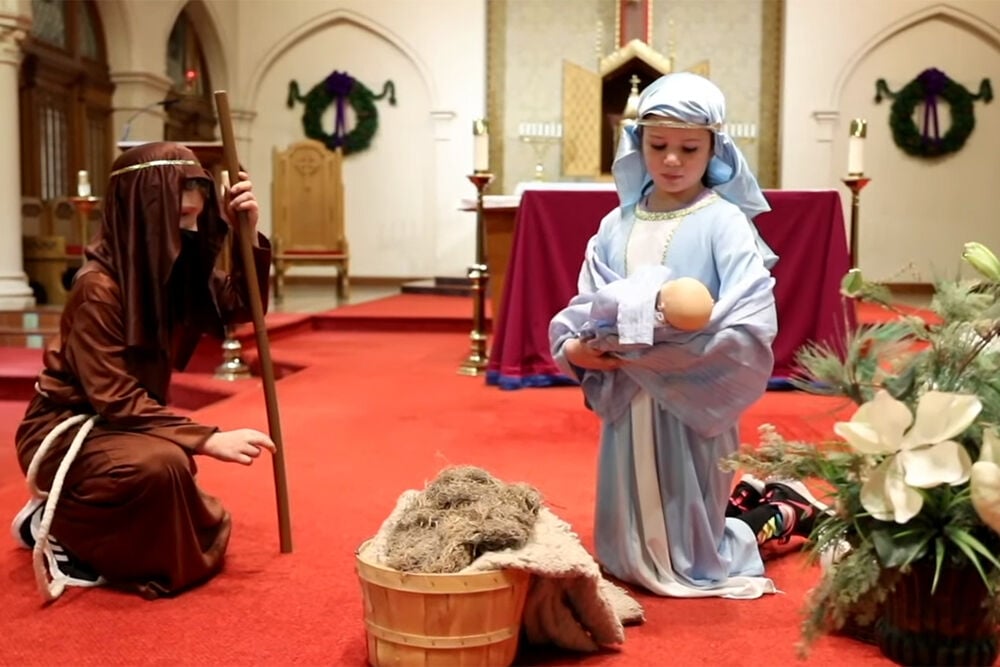 Students at Immaculate Heart of Mary in Scarsdale perform each year in a Christmas pageant directed by teacher and local resident Deanna Ricciardi. Ricciardi, along with her daughter Gabriella, produced and directed the pageant via Zoom.

Salvatore Minardi thought he would have more than enough time to reserve his seat for Christmas Eve Mass. He had already attended some of the in-person masses at Immaculate Heart of Mary Church in Scarsdale during the pandemic, so he was well versed in the ins and outs of reserving a seat. Later this month, he was planning to kickstart the Christmas Eve celebration with a Mass at 4 p.m. with his family, before driving to his mother-in-law’s house on Staten Island for a subdued Christmas Day celebration.

He waited until the day after Christmas Mass reservations went live on Immaculate Heart of Mary’s website and was met with a surprise — a majority of the Masses had already filled up and a waitlist was growing longer by the hour. Like a sold-out rock concert on Ticketmaster, the 4 p.m. Mass on Christmas Eve filled up in six minutes.

Though initially frustrated by the fact he wouldn’t be able to attend Mass in person during one of the Catholic church’s holiest holidays (after Easter), his irritation evolved into understanding.

“In hindsight [I] absolutely expected it when you look at the limited number of seats available,” said Minardi, a parishioner at IHM for six years. “You kind of kick yourself and say, ‘I should’ve jumped in right away’ but … totally understanding because of the restrictions.”

As the COVID-19 pandemic continues its relentless race across the country, local Catholic churches like IHM on Carmen Road, are trying to find the safest pathways to observe the holiday that celebrates the birth of Jesus Christ.

Among the most popular of holy communions, the Christmas Eve and Christmas Day masses at IHM in “normal” years would be filled to the brim with people, sometimes becoming standing-room-only events. With a choir belting from the loft and flowers adorning the altar, it’s a memorable and time-honored tradition for many parishioners as they stand shoulder to shoulder in the nave. But due to the coronavirus pandemic, Christmas Masses will look different this year.

The onset of the coronavirus pandemic in March led Gov. Andrew Cuomo to declare a state of emergency and shut down nonessential activities in the state and he issued an executive order requiring the cancellation of large gatherings or events, including worship services, if more than 50 people were expected to attend. The directive forced IHM and many parishes across the state to cancel Masses.

As the state’s COVID-19 cases began to decline during the mandatory work-from-home orders, social distancing and mask wearing, a phased reopening approach was adopted, which made it possible for some church services to resume on a limited basis.

Monsignor Luke Sweeney, who replaced Father Thomas Lynch at IHM in October, said he was “very encouraged” by the Supreme Court’s decision, as a zone designation in Scarsdale could have forced a significant reduction in the church’s capacity.

“I was very grateful that we would not be penalized because we’re a religious organization,” said Sweeney. “We certainly want to do all that is in our power to make sure it’s a safe and prudent experience, but that would’ve been very unfortunate if we only limited it to 25 or 10 [people] and that really would’ve been very unfair.”

Currently, IHM is only allowed to admit 50% of its maximum capacity. All attendees or families must also be spaced 6 feet apart and wear masks during the service.

With this limited space, Christmas Masses have also been capped.

Sweeney told the Inquirer the church was still figuring out its maximum capacity for the church’s seven Christmas Eve and Christmas Day masses as they planned to space people by household, which could either raise the capacity or limit the capacity per church service.

“Ten individual different households will take up a lot more space than one family of 10” he said as an example.

Figuring out those households also works its way into the waiting list. If families were unable to reserve a spot for a specific Mass they had hoped to attend and signed up for a waitlist, they will be funneled into their respective church service once the individual households are factored into the maximum capacity. “By signing up on the waiting list they’re saying that that’s the Mass time their family would like,” said Sweeney. “They build their family traditions around a particular Mass time. So that’s our hope, to accommodate as best as possible those specific times.”

Accommodations will be made with families who are not allowed to attend a church service due to a maximum capacity restriction.

To prepare for the Christmas Masses, the church will also be getting a three-day deep clean and are considering temperature checks for parishioners as they arrive. Ushers will direct families to an assigned seating area when they arrive, and windows and doors will be opened (weather permitting) to increase ventilation.

Communion will also look different. Priests will serve communion individually to people seated in the church’s side pews and parishioners in the center nave will line up and take communion on the side aisles, rather than the middle.

For parishioners who missed out on the reservation, who don’t want to be put on a waiting list, or who feel safer at home, IHM will also be livestreaming its Christmas services. Prior to Thanksgiving, the church upgraded its camera equipment to improve virtual services and allow for zooming and for better color and clarity for those who wish to connect at home.

Minardi, who missed out on IHM’s Christmas Mass reservations, said he plans to watch Mass from home this year. Though the pandemic has altered many of Christmas’s time-honored traditions, such as family gathering and gift giving, Minardi said he feels even more spiritually in tune with Christmas’ meaning during the pandemic, which has given him a newfound appreciation for those around him.

“It kind of makes you appreciate what you have more,” said Minardi. “You don’t ever want to take your family for granted and sometimes you’re almost forced to … think a little bit more and appreciate it more.”