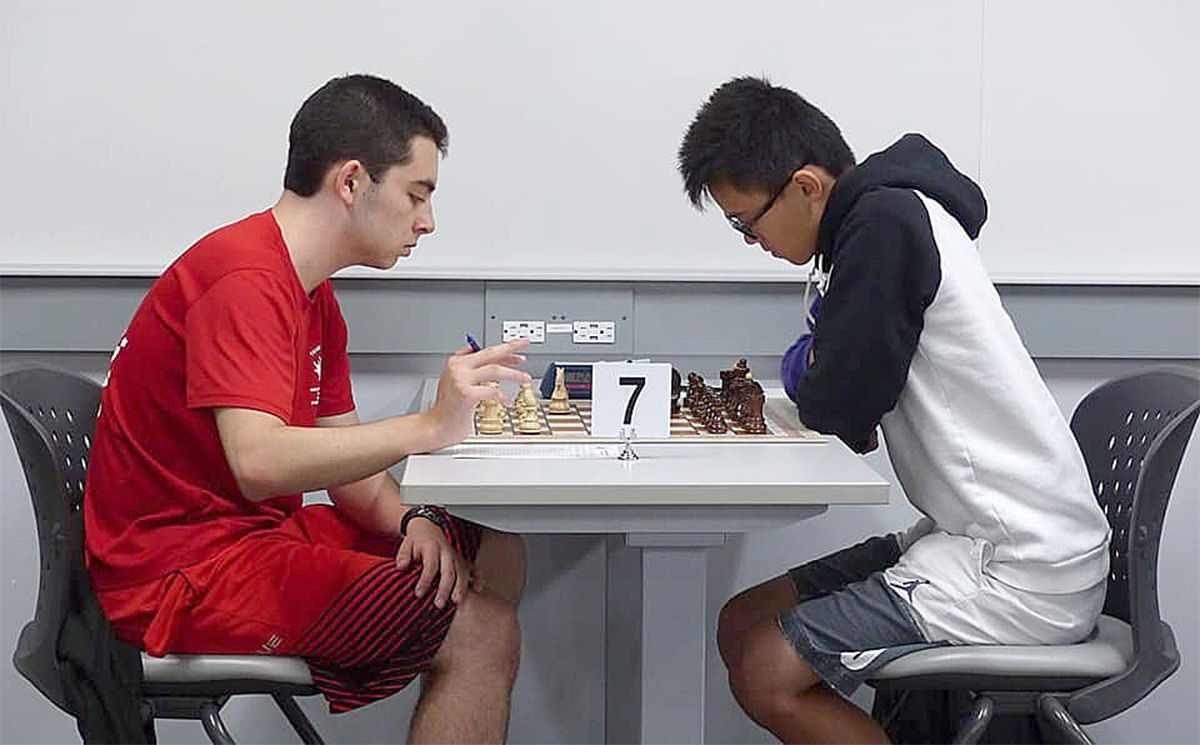 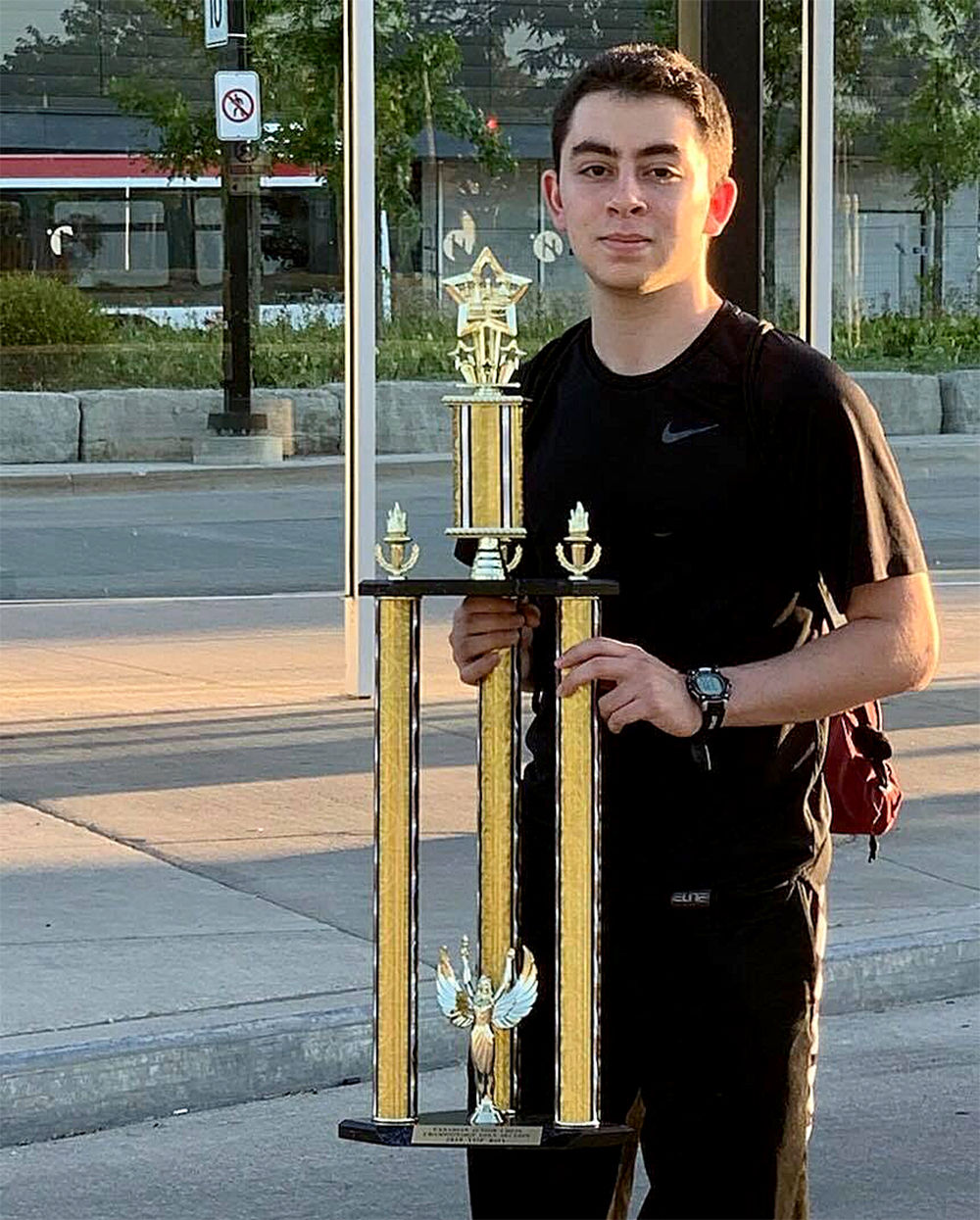 William Graif, EHS ’18, with the trophy he took home from his win at the Canadian Junior Chess Championship.

William Graif, Edgemont High School class of ’18, won the 2019 Canadian Junior Chess Championship Aug. 11 in Toronto. It was an exciting show as Graif won six consecutive games to clinch the title ahead of Eugene Hua at 6.5/7 with one round yet to play. In the last round, he lost to a player from Canada named William Li, finishing 6.5/8. Hya finished second at 6/8.

Graif said he worked extremely hard to prepare for the event, the last age-based tournament that he will ever play. At 19 he’s aged out of the junior chess competitions. He said his hard work finally paid off as he played “by far the best chess of my life” at the Canadian meet.

“It’s truly an amazing feeling,” he said, adding a shout out and a thank you to his trainer, Sunil Weeramantry, a nationally acclaimed instructor, “without whom this of course would not be possible.”

Graif faced a six-hour weather delay trying to get from New York to Toronto, which added to the strain of “a very exhausting weekend.”

“The backup plan was my dad would drive me through the night to make it on time for the 10 a.m. round. I got lucky and the plane eventually did take off and I made it to my dorm room to be well rested for round one.”

As a dual American-Canadian citizen, Graif was thrilled to see his fellow Canadians again.

Graif was the only Canadian at the competition who did not actually reside in Canada. “Since you have to be a Canadian citizen and play under the Canadian flag in international events in order to play the CJCC, my situation is quite rare,” he said.

Elevate My Chess, which hosted the tournament, will engrave Graif’s name on the tournament cup next to the names of past champions.

In addition to the engraving and the trophy he got to take home from the tournament, Graif garnered an offer to represent Canada at the World Juniors chess competition in India in October. But in addition to being a chess champ, he’s also a diligent second-year student at the University of Chicago studying data science, doing analytics for the basketball team and leading the chess club as its vice president.

“I would have to miss two weeks of school,” he said, explaining his decision to decline the offer. He gave up the spot to another chess player from Canada, but he said, “I have already achieved what I wanted with this title and never intended to play in India.” Instead, Li, the player that bested Graif, will go on behalf of Team Canada.

Graif and his sister were born and raised in New York, but the family is fully Canadian going back several generations on both sides. “We are dual citizens,” Graif said, “and I have always officially played under a Canadian flag — never American, actually — in international events, allowing me to participate in this tournament” in Toronto.

Weeramantry, the National Scholastic Chess Foundation’s founder and executive director, has been Graif’s coach since second grade. “William is very talented,” Weeramantry said. Graif, who won two national championships and the national scholastic competition, was always at the top of his age group and consistently in the top national competitions.

“What’s interesting is he was able to balance and combine a successful chess career and academic career. It’s remarkable that William took it upon himself to teach his friends and start the EHS chess team, which went on to win the national competition,” Weeramantry said. “It’s almost unheard of.”