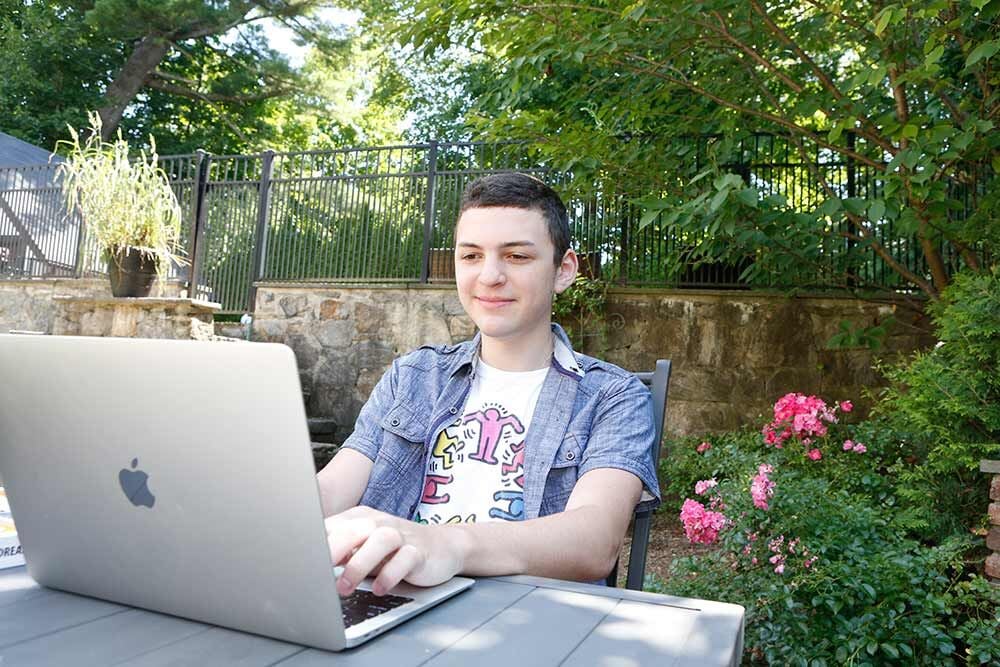 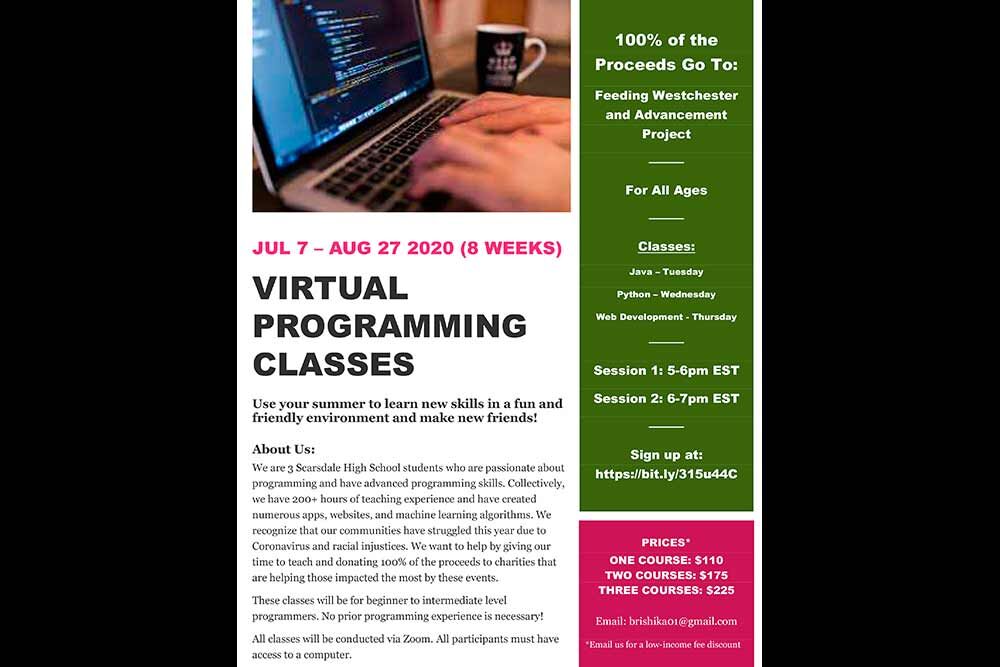 From delivering groceries to at-risk Scarsdale locals to teaching young students how to code, one Scarsdale High School junior has raised over $1,000 for charity in what has been anything but a slow summer.

Aron Frishberg, a Montrose Road resident, recognized the severity of the COVID-19 quarantine and the specific, amplified risk presented to elderly citizens especially given what used to be a simple task of getting groceries. With the help of his friend, Joshua Im, also a Greenacres resident, Frishberg established a delivery service to assume the burden of a run to the store for neighbors and locals who couldn’t.

“We delivered anything from cold cuts, to ice cream, to carrots,” he told The Scarsdale Inquirer. “We had somewhere between 10 and 25 ‘clients.’”

Frishberg made sure the operation was completely charitable, rounding up each bill to the nearest $10 interval to donate proceeds to JDC — a large Jewish humanitarian aid organization — and the Red Cross. They also declined taking any kind of delivery fee or payment for themselves.

“The elderly people loved it,” he added. “They thought it was a really great thing and they were extremely appreciative of what we were doing.”

When the COVID-19 spread in Westchester looked especially dire, even for young people, the parents of these students decided their effort to help the community had become too unsafe and made them shut it down, to the “extreme disappointment” of Frishberg and Im.

When summer came many students, including Frishberg, found themselves without the normal routine of camp and activities. To fill the void, he partnered with Rishika Bansal and Max Almeida in a new effort to help the community — a coding program for kids aged 10 to 14.

He channeled his passion for coding and marked the publication of four applications — one of which, Minute Motivation, gives users access to an archive of short, motivational speeches at the tap of a smartphone — as an opportunity to educate and fundraise to the tune of more than $1,100 as of mid-July.

“One hundred percent [of the proceeds] goes to charity … including Feeding Westchester and Advancement Project,” said Frishberg who said he relied on two summers of experience at a tech camp to get the project started.

The three friends, now coding counselors, have more than 200 hours of teaching coding between them. Even so, teaching a subject that can be rather daunting brought specific difficulties. The students, however, saw creative solutions.

“I think the greatest challenge was keeping their attention,” said Frishberg. “I tried to do this by making my lessons entertaining, yet filled with knowledge. Web development also allows for very creative stuff, so I frequently give them broad requirements for assignments, so they can make websites fun and about anything they want.”

The fledgling program has evolved into a class of seven students who video chat from locations ranging from Scarsdale to Maine and Washington.

Always looking to create new projects, Frishberg, founder and president of the Jewish Culture Club at Scarsdale High School, is also developing an app to educate people about the Holocaust, which he said, fewer and fewer Americans know about in detail. The app, Daily Holocaust Remembrance, shows viewers Holocaust-related events on any given day years ago.

“I plan on adding ... interviews, pictures of the concentration camps and a bit of other stuff,” he wrote in an email to the Inquirer. “Not a lot of people know about the Holocaust, and [awareness] is decreasing. So I thought this would help.”

For more on the coding lessons, visit brishika01@gmail.com; contact aronf32@gmail.com for information about the release of the Holocaust awareness app.

Update as of Oct. 5: This program raised around $1,500. Also, Rishika Bansal generated the idea for the coding program, and did the majority of the organization of the program.