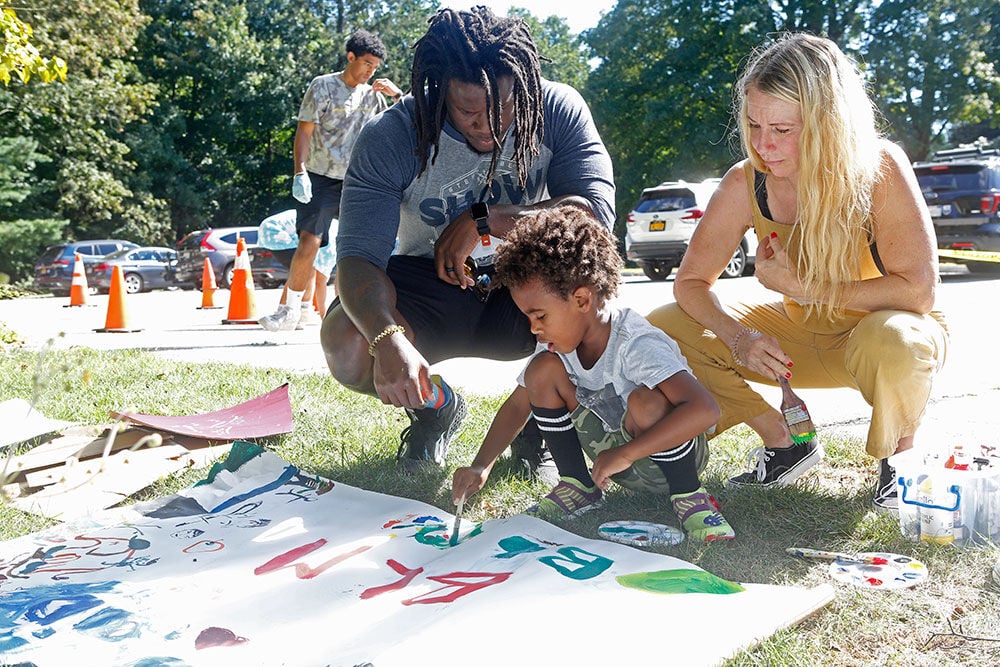 Bryan Richards and Amanda with their son Phoenix Fialk-Richards paint a sign. 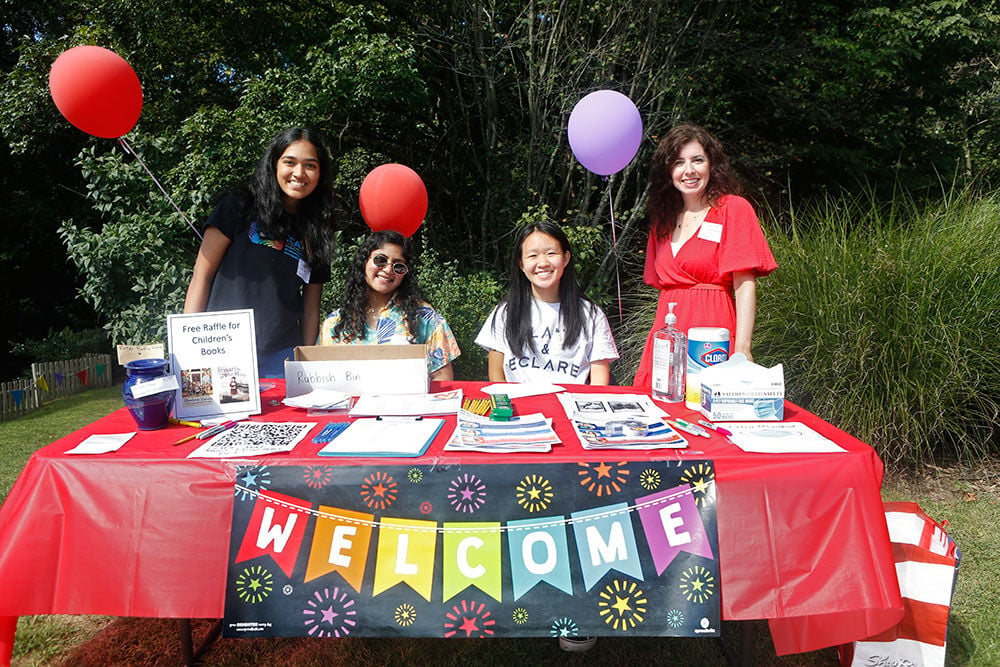 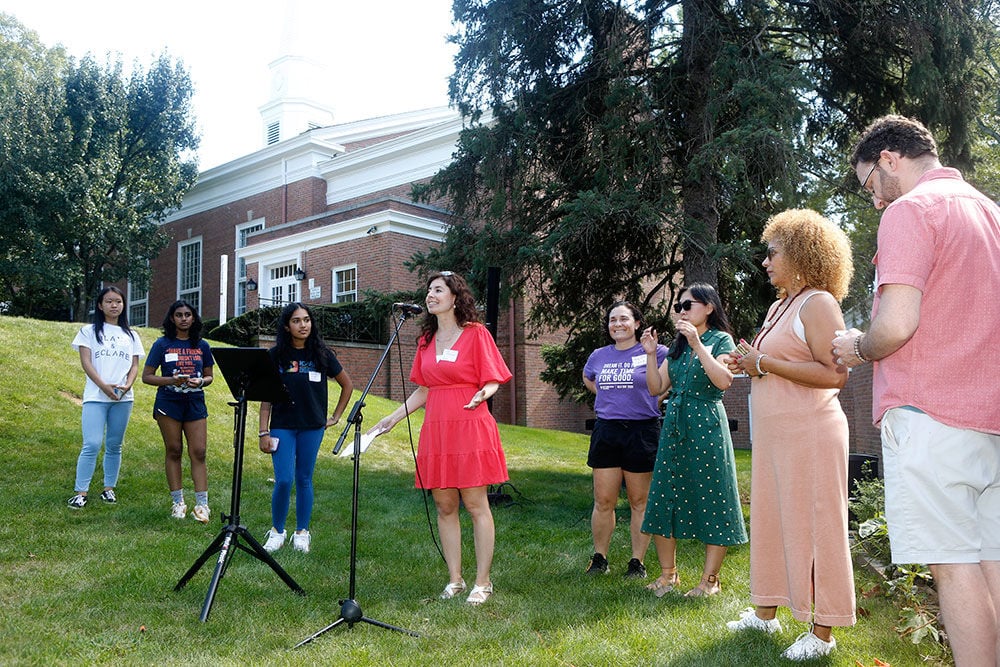 Residents celebrated community diversity at the Greenville Community Church on Sept. 25 at an event hosted by a newly formed group known as Edgemont For All, which strives to welcome, value and empower people of all races, orientations, identities and abilities in the Edgemont community.

The two-hour celebration, which attracted about 100 people, was co-sponsored by the Edgemont Junior/Senior High School’s gay-straight alliance and the school’s Diversity, Equity and Inclusion (DEI) Committee.

With a variety of food, crafts, information tables and book readings featured, the event was an opportunity for students to share their thoughts and views — reading poems and telling stories about their own experiences in the community and within the schools.

As the Edgemont School District formulates its plan to integrate DEI initiatives into its schools, community groups like Edgemont For All are making waves in a new way, using a grassroots community approach to spread the hamlet’s diverse voices.

“We’re in a small [school] district, so we understand it’s almost impossible for our administrators to sit down and solve all these problems,” said Laurie Feinstein, one of the group’s founding members. “The community efforts and support are integral to progress.”

Born out of a virtual anti-bias training program for parents, students, teachers and administrators who showed interest in serving on the school district’s hiring committee, Feinstein said participants in the training started talking to one another about what else could be done to foster and improve diversity, equity and inclusion for faculty and students.

The conversations eventually led to weekly gatherings over Zoom and guided the formation of Edgemont For All, which includes about a dozen founding members from diverse backgrounds. The group currently meets monthly.

Although it’s not a support group, Feinstein said Edgemont For All provides a supportive and safe environment for parents and students to discuss ideas of diversity and share their experiences. Building upon those discussions, the group also wants to share its ideas with the school district and community and eventually advocate for change.

“We’re just beginning, and we want to respond to urgent needs and so, in some way, the social gathering was a response to an urgent need,” said Feinstein. “That’s not advocacy, but it was us getting up there and saying, ‘We hear you, we care about you, we want to learn from you … and we have your back.’”

Emilce Suarez-Lipton, another founding member of the group who has lived in the community for two years, joined Edgemont For All after reckoning with her own daughter’s experiences as a person of color and dealing with instances of racism in the schools.

Although she had reported the offensive instances her now 14-year-old daughter experienced, Suarez-Lipton sought a solution that went beyond simply punishing the students who made offensive remarks. Instead, Suarez-Lipton hoped the district would address diversity on a larger scale, so students could be educated on how to properly address others and learn about identity.

After researching online and speaking with a DEI coordinator in another school district, Suarez-Lipton sought out parents in the community who shared her views. Eventually she met Feinstein and helped form Edgemont For All.

“When she was 10 [years old] … I wish that there was a group like us saying ‘We got your back. We’re going to try to make things better,’” said Suarez-Lipton. “That’s what I gain — the opportunity to do something for the younger kids.”

“The district goal is to prepare our students for a life in a rapidly changing, interconnected world and as we do so we will design learning opportunities that engage students in deep understandings of themselves, others and the complex and evolving landscape around them,” said Superintendent Victoria Kniewel.

Although just introducing themselves to the community, Edgemont For All (known also as E4A) is already planning future events. In November, the group will host local historian Jordan Copeland at a community conversation about Black people in Edgemont. A similar presentation was held at an Edgemont Community Council meeting in April. Following the presentation, the group will have a conversation about race in Edgemont.

“That is the kind of conversation that there hasn’t been a safe space for until now,” said Feinstein. “Those conversations need to happen if we want to be a welcoming and inclusive environment.”