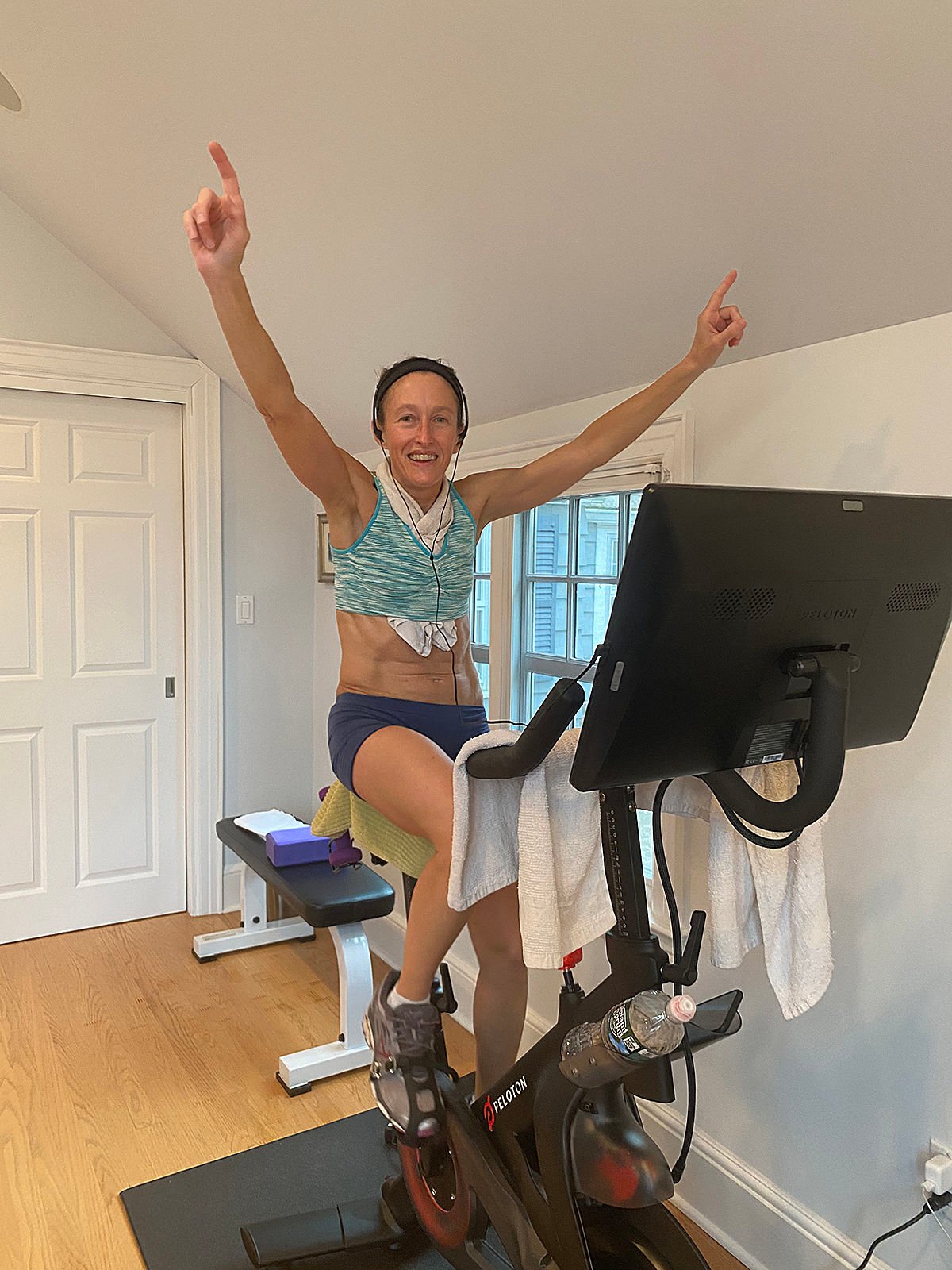 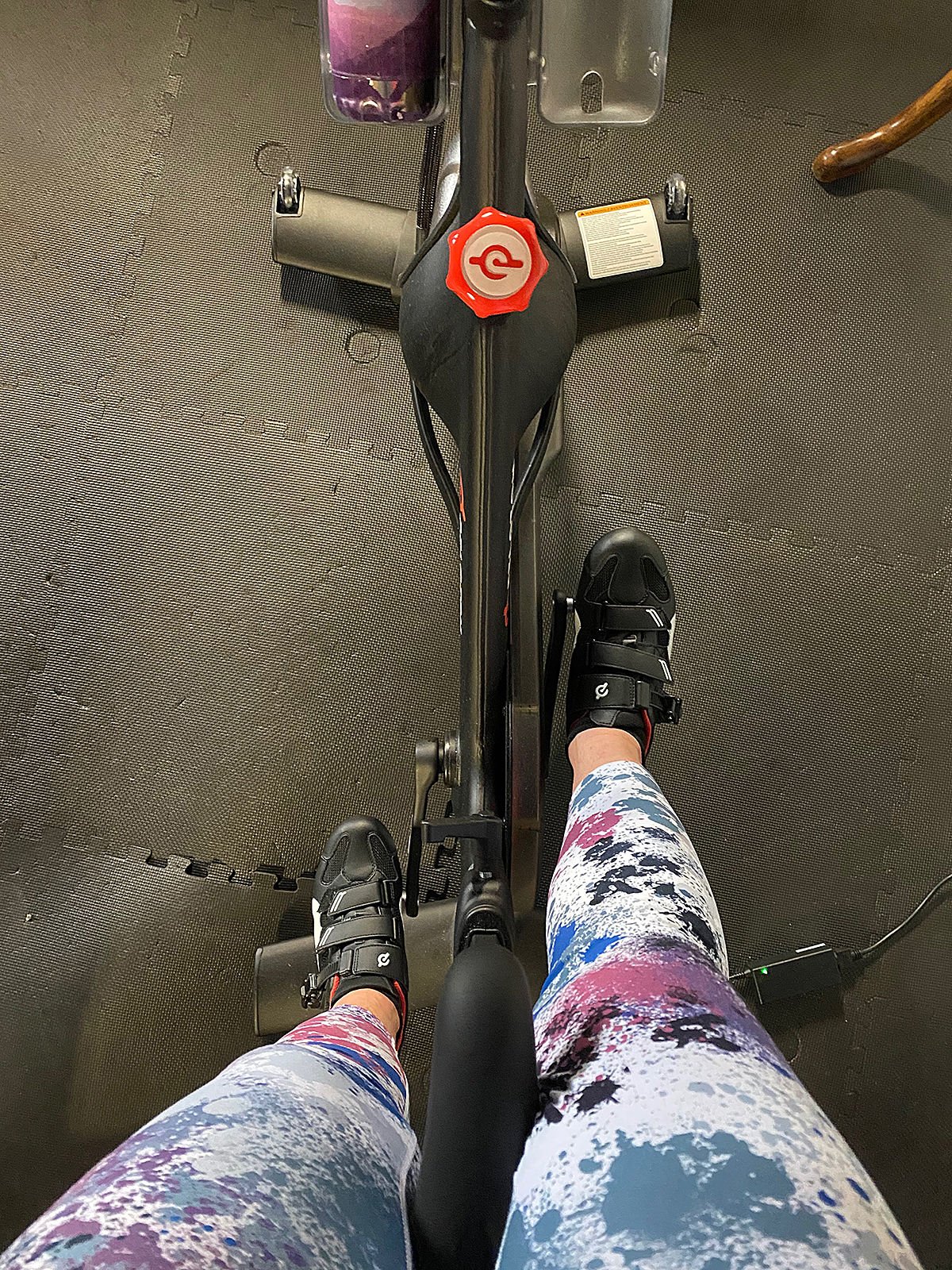 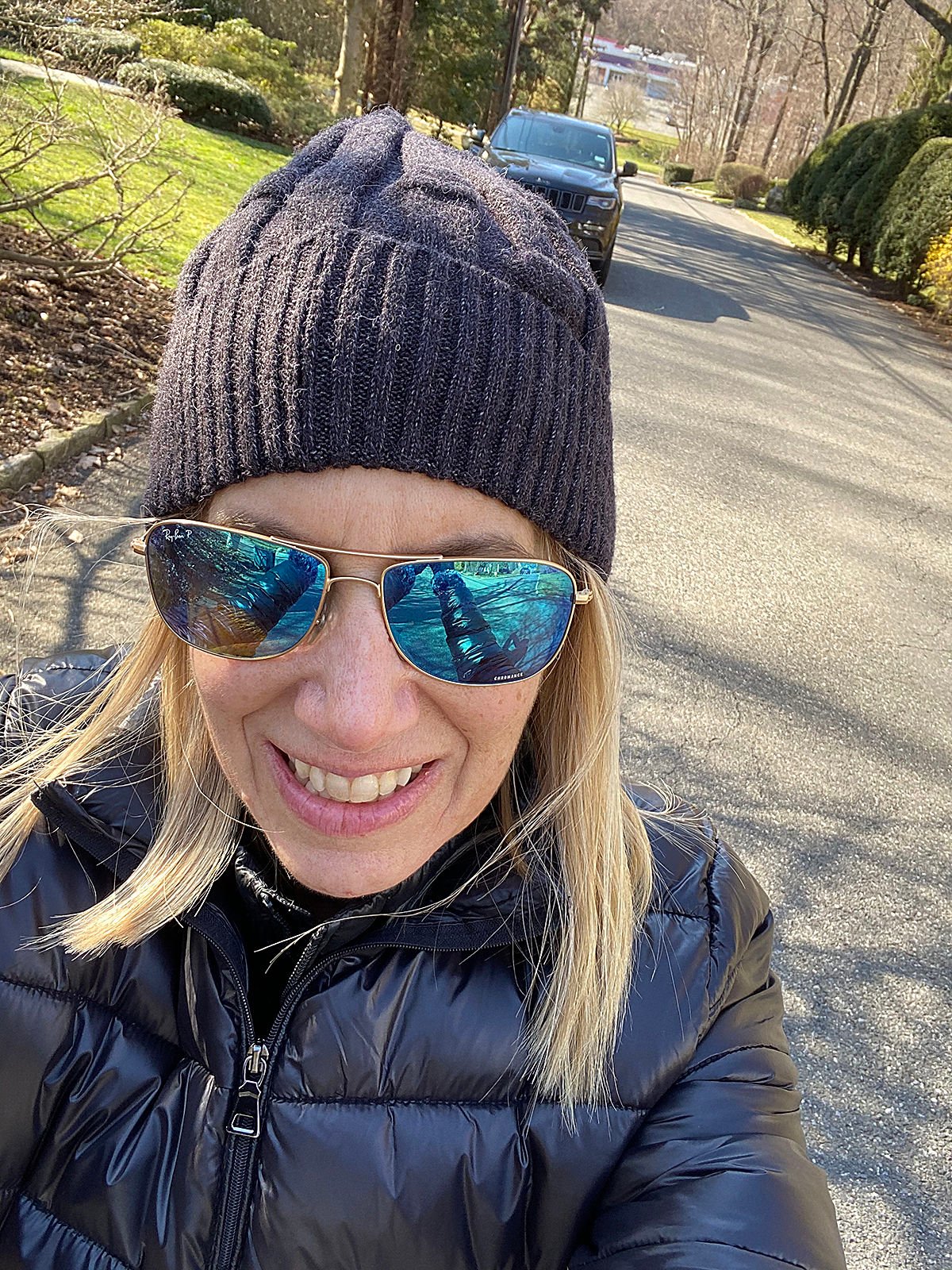 With most of us sequestered at home due to the coronavirus pandemic, it seems there’s nowhere to go. Yet incredibly, more than a hundred Scarsdale residents have logged thousands of miles while walking and bicycling over the past couple of weeks. They’re members of Scarsdale Pedals Over Panic, a new Facebook group aimed at devotees of the popular Peloton exercise bike, treadmill and app.

The group started roughly two weeks ago, when a member of the Facebook group Scarsdale Buzz asked whether people might be interested in a Scarsdale Peloton Coronavirus challenge. Greenacres resident Tanya Singer, who owns a Peloton bike, took the concept and ran with it. “I gave it a little thought, came up with a name, put a poll out there, and people seemed to really like the idea,” she said.

On March 11, Scarsdale Pedals Over Panic (SPOP) officially launched. Already, it has attracted 116 members, with the number growing daily. The group’s main activities are twofold: members work out, then post about it on the group’s Facebook page (complete with glowing post-exercise selfies), or interact with one another during bike rides via the bicycles’ built-in screens.

One member “set up a way for us to easily ‘high-five’ each other [virtually on screen] while we’re riding, and it’s really fun,” said Singer. “It’s a way to feel like you’re connected with other people.”

It’s also a way to see how you stack up against other people, since SPOP’s members can check out one another’s rank on the screen’s leaderboard during rides. “I just have my leaderboard on at first, just to high-five everybody, and then I like to close it,” said Singer. Most of us don’t care about who is on the leaderboard, but some people are highly motivated.”

Primarily, though, the group is about camaraderie, not competition.

“I joined because I thought it would be a good way to have another community during this very stressful and trying time — a community where I would know some members and not others, so I’d meet some new people as well,” said Allison Weinberg of Greenacres.

Weinberg’s riding time has dramatically increased since she joined SPOP. “I will probably be using my Peloton every day. I feel more accountable to the group,” she explained. “We post a picture or explain what we did, and then people start looking for your comments. If you don’t post, people will ask why.”

In fact, she was deeply moved when her absence from the group for several days — due to a non-COVID-19 illness — was widely noted.

“I feel like I’ve met some new friends and I feel like I have more people looking out for me. People were asking, ‘Are you OK? How can I help you?’ A few asked for my cellphone number and kept texting me. In addition to the enhanced accountability, there’s a whole social aspect.”

Sheryl Braun, of Greenacres, another SPOP member, also thrives in the group’s convivial atmosphere. “I got my Peloton bike in August. I’ve been using it, but not as robustly as some of my friends have,” she said.

That changed with the emergence of COVID-19 and SPOP. “When all this anxiety started with the coronavirus and my schedule started to change, I felt like I could get my anxiety out on the bike,” Braun shared. “I’m a very social person and not having the opportunity to be social with my friends is a little hard for me. So being able to be socially interactive [on SPOP] while contributing to my mental health and working out my anxiety has been super soothing and helpful. Pedals Over Panic is so good for mental health, because it forms a connection so you know you’re not alone.”

Beyond psychological support, users get fashion advice, swapping pictures of workout outfits. Likewise, they trade information on sales of Peloton-related merchandise. Last weekend, there was even a virtual cocktail party for SPOP members, who connected via a video chat site while wearing party clothes and sipping cocktails.

“In the future [once the pandemic has ended] I envision a party for the group at the Westchester [Mall] and I think it would be awesome for us to come along to do a ride at the new Peloton studio in Manhattan,” said Singer.

The group has an official challenge for its members — to complete four 20-minute-long rides per week.

“It’s great to see everybody getting healthy during a health crisis!” Braun observed.

But you don’t need to own Peloton equipment to participate in SPOP. (And that’s a good thing, since a Peloton bike costs more than $2,000 and the treadmill costs roughly $4,000.) Fortunately there’s also a Peloton app, which currently comes with a free 90-day trial. (After that, it’s $12.99/month.) It leads users through exercises including power walks and yoga, and those achievements can then be posted to the group’s Facebook page.

“It’s such a low bar, everyone can find their way to do a 20-minute walk,” Singer said. “You can use this time to make time for yourself, and join other people who are trying to do the same, and stay positive and healthy through this strange time we’re living through.”