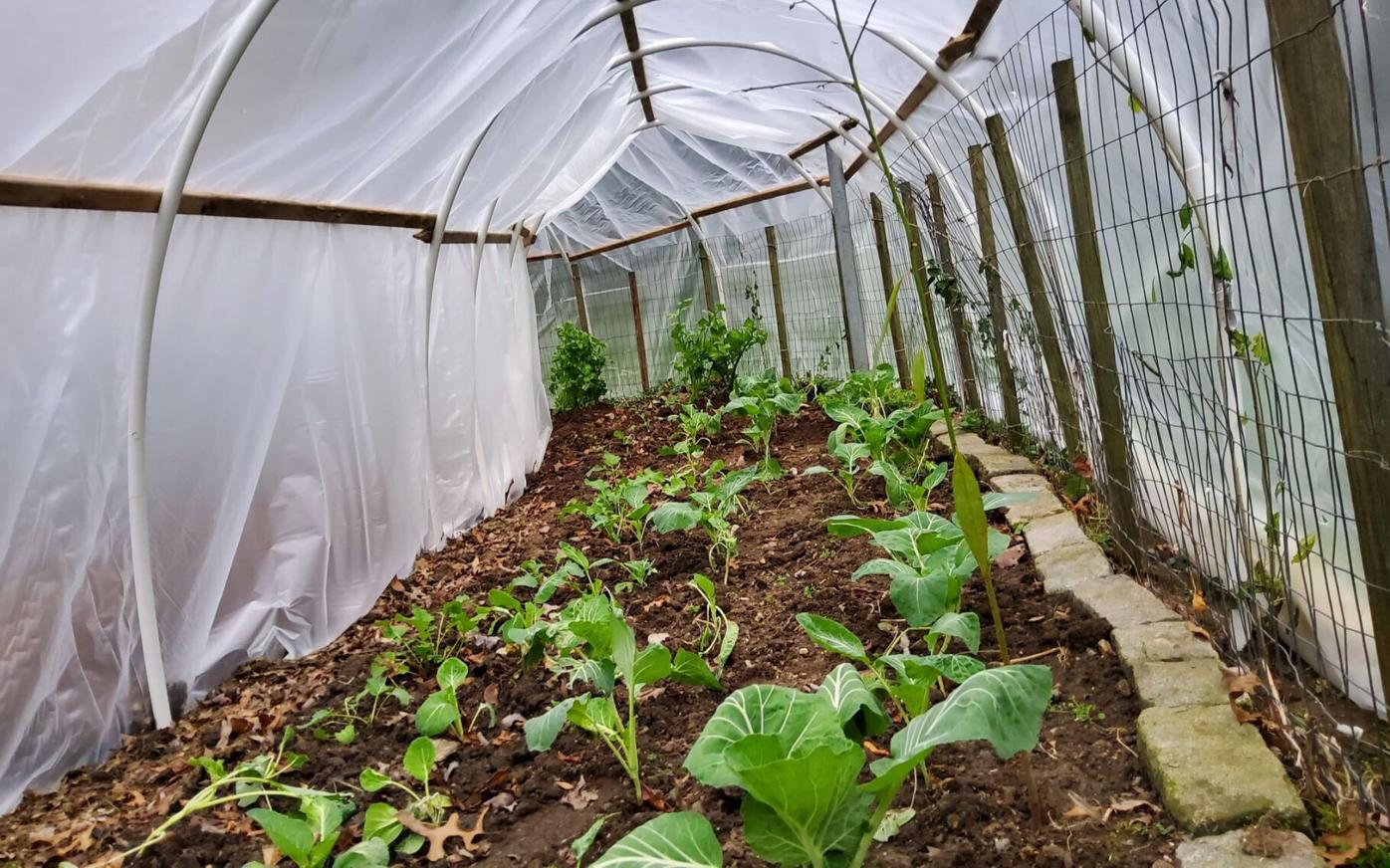 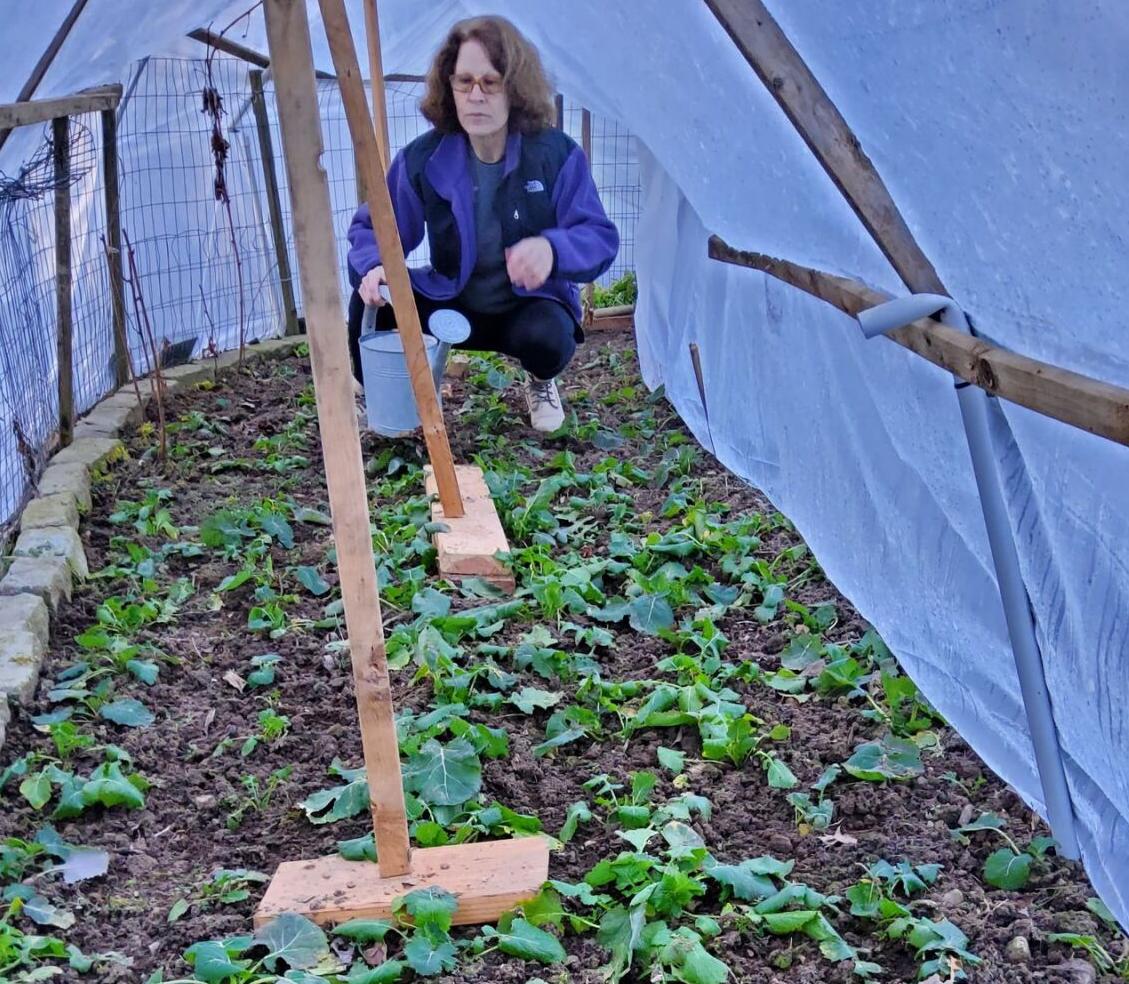 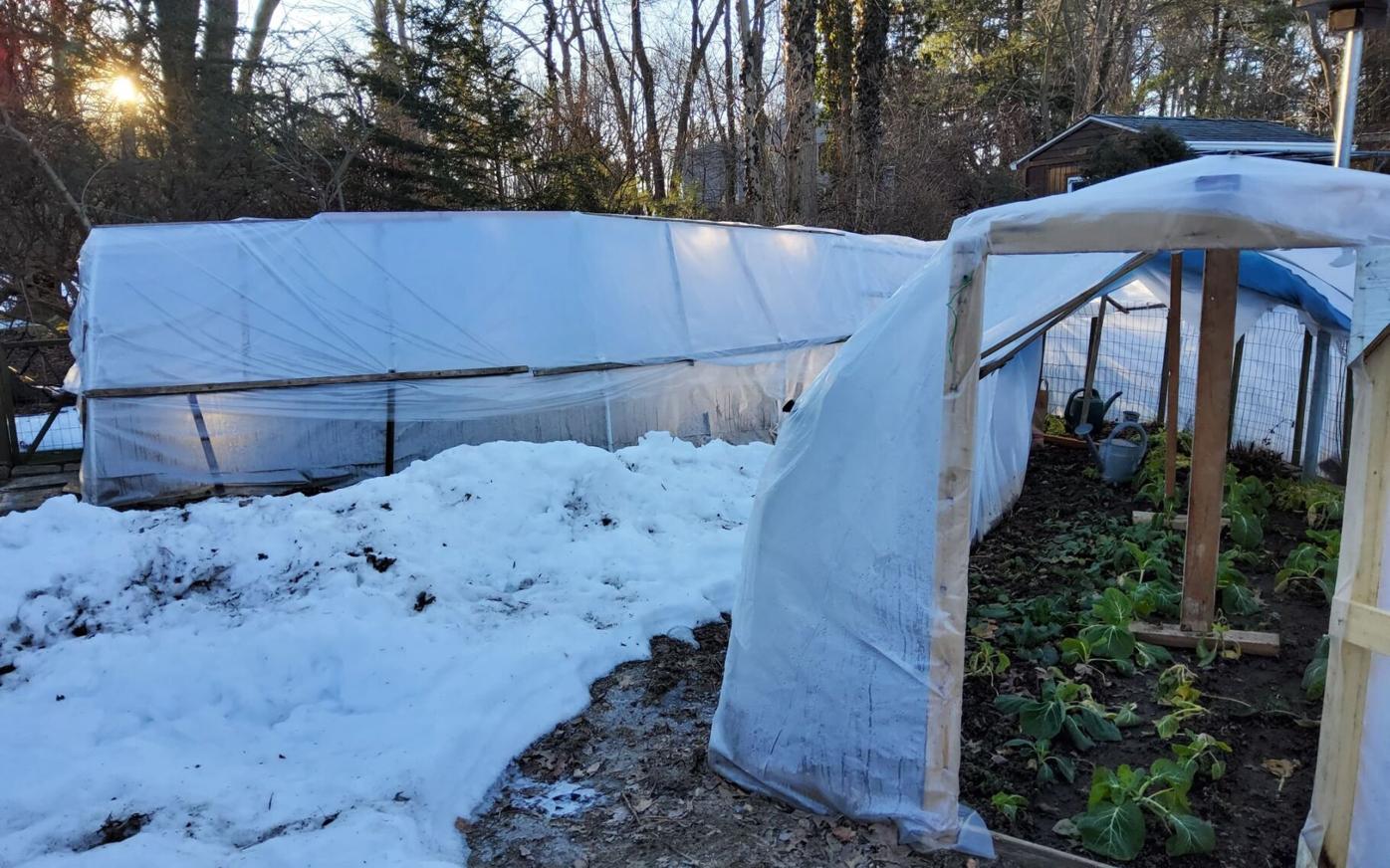 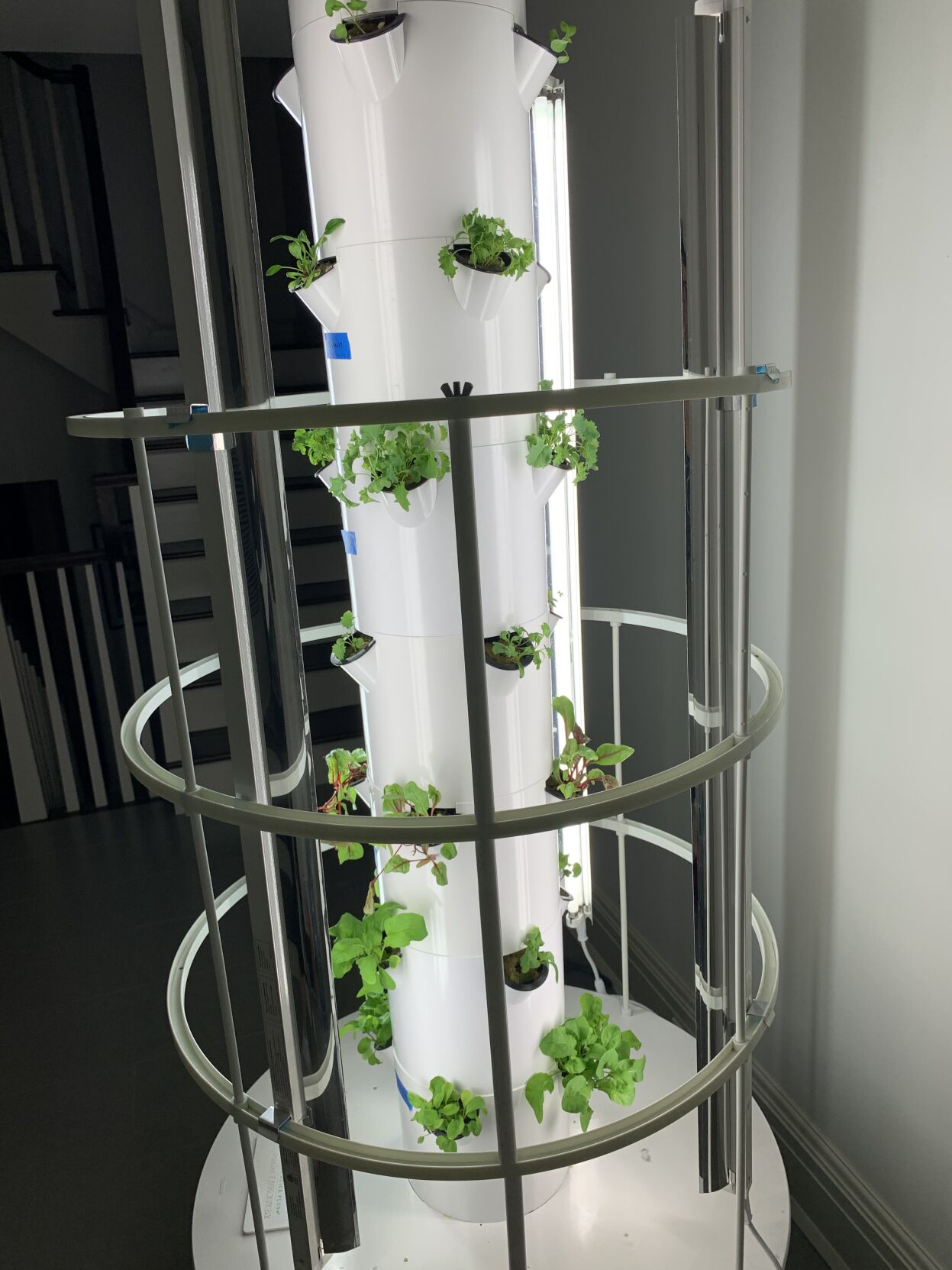 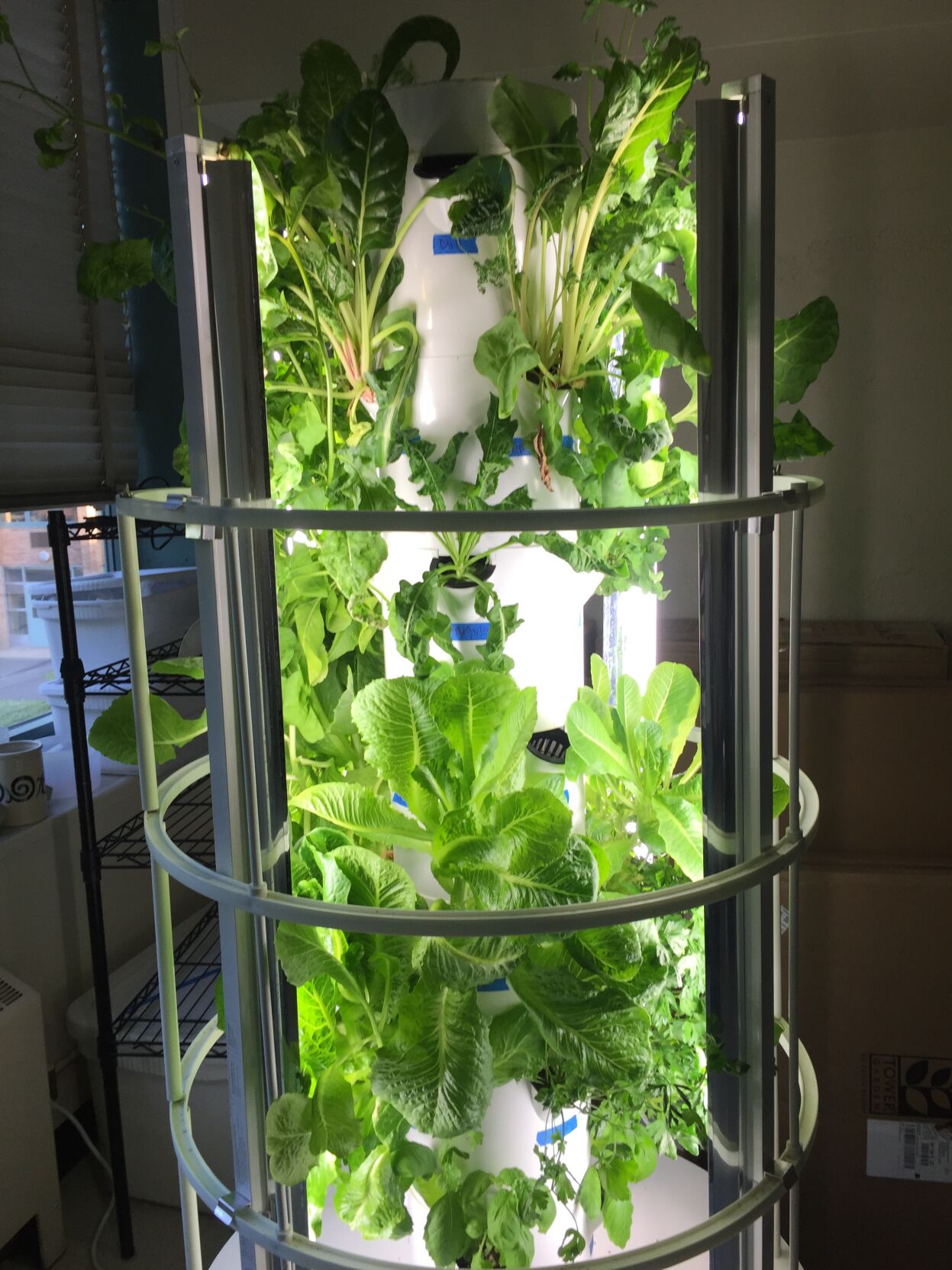 It may have seemed strange talking about gardening in the dead of winter, but right in the middle of Maria and Acacio Janeiro’s snow-covered backyard stands a homemade greenhouse — an oasis from the cold — where broccoli rabe, collard greens, celery and even strawberry plants are thriving.

“The produce will be mature enough to harvest in April or May, when everyone else is first planting seeds,” said Maria Janeiro, who was raised on a farm in rural Portugal. “We are very lucky. There is snow outside and we have greens.”

Acacio Janeiro, a retired contractor and former schoolteacher who was also raised in Portugal, used polyethylene sheeting, wire caging and wood — materials that should last about four years — for framing and constructing the 6-by-50 foot do-it-yourself shelter for a winter vegetable garden. It is not the first time the Janeiros built a DIY greenhouse, but with the onset of the COVID-19 pandemic, the project took on a more urgent role,  giving prevalent concern over the safety of fresh produce sold at supermarkets.

“During the beginning of the pandemic, we were afraid to shop for food there,” said Maria. “We didn’t know if it was contaminated.”

Eventually it became clear the virus was not, in fact, foodborne, but the Janeiros decided to keep the greenhouse going strong. “When the virus happened, we already had this garden,” said Maria.

The Janeiros planted late in the summer, using seeds and even dormant cuttings from the previous year’s crop, covering the garden in November before the first frost. Inside the greenhouse, the ground does not freeze. Some fertilizer is used but little watering is required because the plants receive ample moisture from the snow and rain throughout the season.

Greenhouse vegetables must be chosen carefully, and “should be hearty and strong,” Maria said, adding that she’s looking forward to making soups and stews featuring cool climate-loving broccoli rabe, which she will harvest in the spring, pinching off leaves from the bottom to encourage more growth.

“When you add broccoli rabe to beans, it’s a perfect dish,” she said.

By July, however, the weather will be too hot for any more broccoli rabe to survive.

From greenhouses to towers

Roy Gerke, a longtime Edgemont resident, said his enjoyment of greenhouse gardening stems from his small-town Missouri roots. Though Gerke has maintained the more standard house-style building, he said the single-pane glass structure and significant winter shade make the space costly to heat, so he does not grow plants in the winter.

“Rather, I use the greenhouse to start plants in the spring — usually in March — for transplanting around the house and at a garden on another property out of state.”

After 10 years, Gerke may be showing signs of greenhouse fatigue.

“I am often a bit overly enthusiastic in my springtime plans compared to my willingness and my physical ability to keep up with everything mid-to-late summer,” said Gerke. “The weeds take over, or the deer, groundhogs and squirrels win the never-ending battle.”

Other off-season gardeners, like Edgemont’s Mrinal Thadani Jhangiani, have successfully grown assorted herbs indoors through the winter, and became interested in hydroponic gardening — a method of growing plants directly in nutrient-rich water without soil — but that method poses a much greater challenge.

“I've looked into hydroponic systems for my basement,” said Jhangiani, “but it's not worth the cost or effort to keep plants alive, let alone thrive.”

Scarsdale’s Margot Milberg has had success with a tower garden, another soil-free process that uses aeroponics to grow plants “on air.” She said it is easiest to grow green leafy vegetables indoors with grow lights.

“You put the seeds in rock wool [a rock-based mineral fiber] and some water and once they start to sprout and grow about an inch, you transfer them into the tower garden,” said Milberg.

Tower gardens use a pump and timer to circulate water and a mineral solution to nourish the seeds. Milberg’s tower lights are also on a timer: 14 hours on and 10 hours off.  She said it takes about four to six weeks for the plants to take hold.

“My favorites are arugula, parsley, kale and basil. They’re so fresh and delicious,” she said.

Occasionally, and inexplicably, seeds won’t grow but, Milberg said, “It is a very fun and enjoyable way to grow your own produce.”

The Janeiros would agree. By mid-March they had looked forward to removing the greenhouse’s sheeting so they could begin harvesting in April or May. After heavy February snow came close to damaging the PVC piping supporting the roof, they managed to clear it off and checked under the plastic.

“We saw that we would have enough vegetables for the season,” said Maria. “It’s a miracle.”