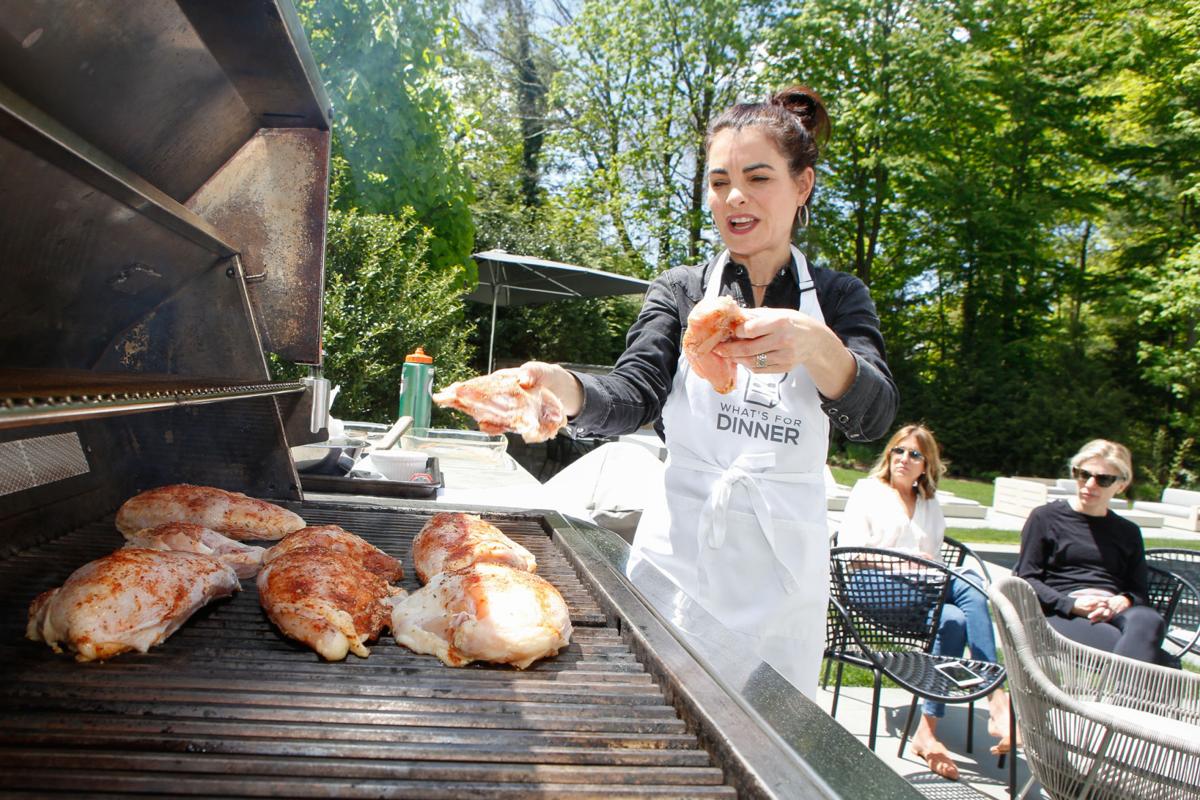 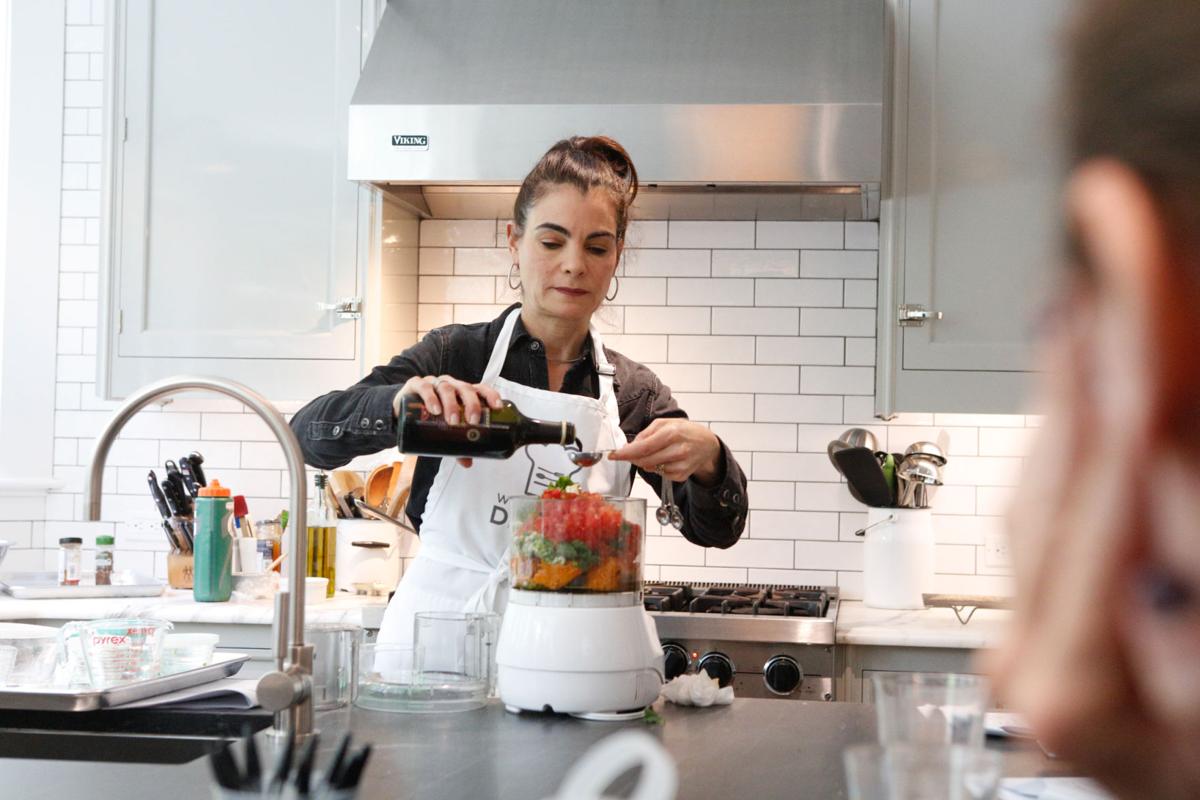 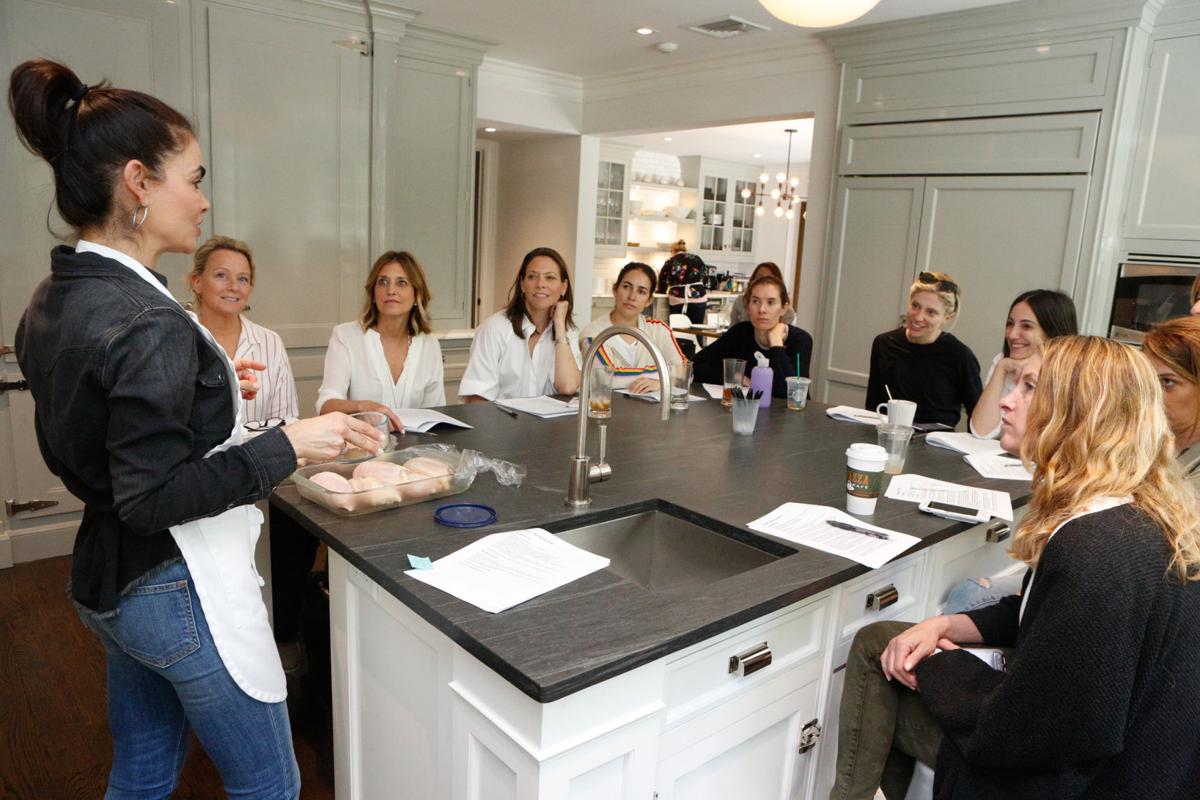 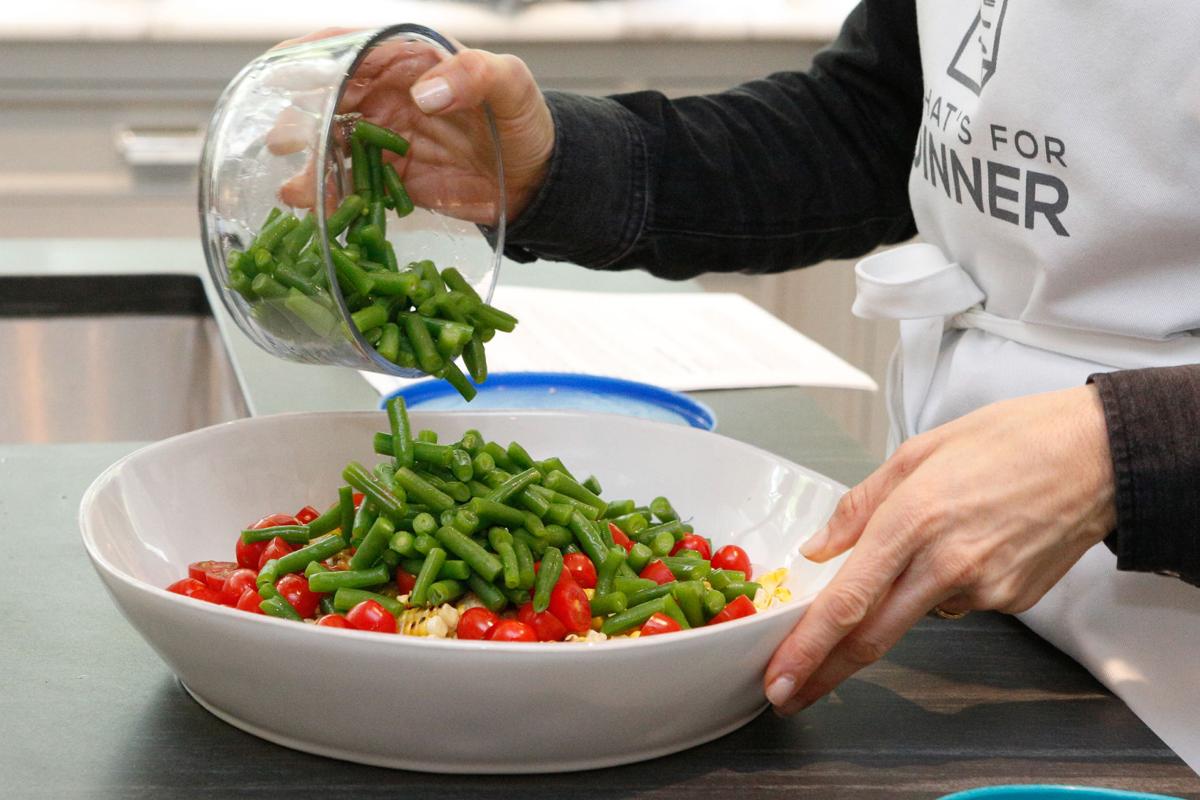 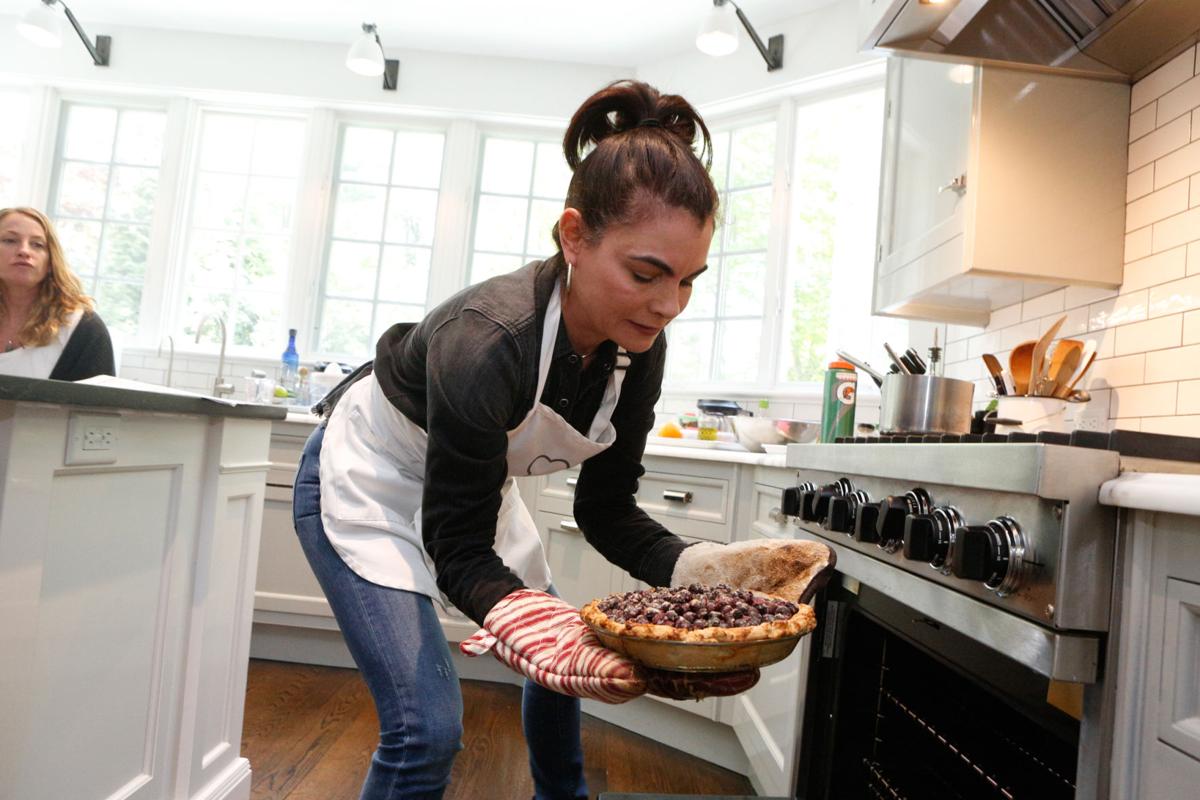 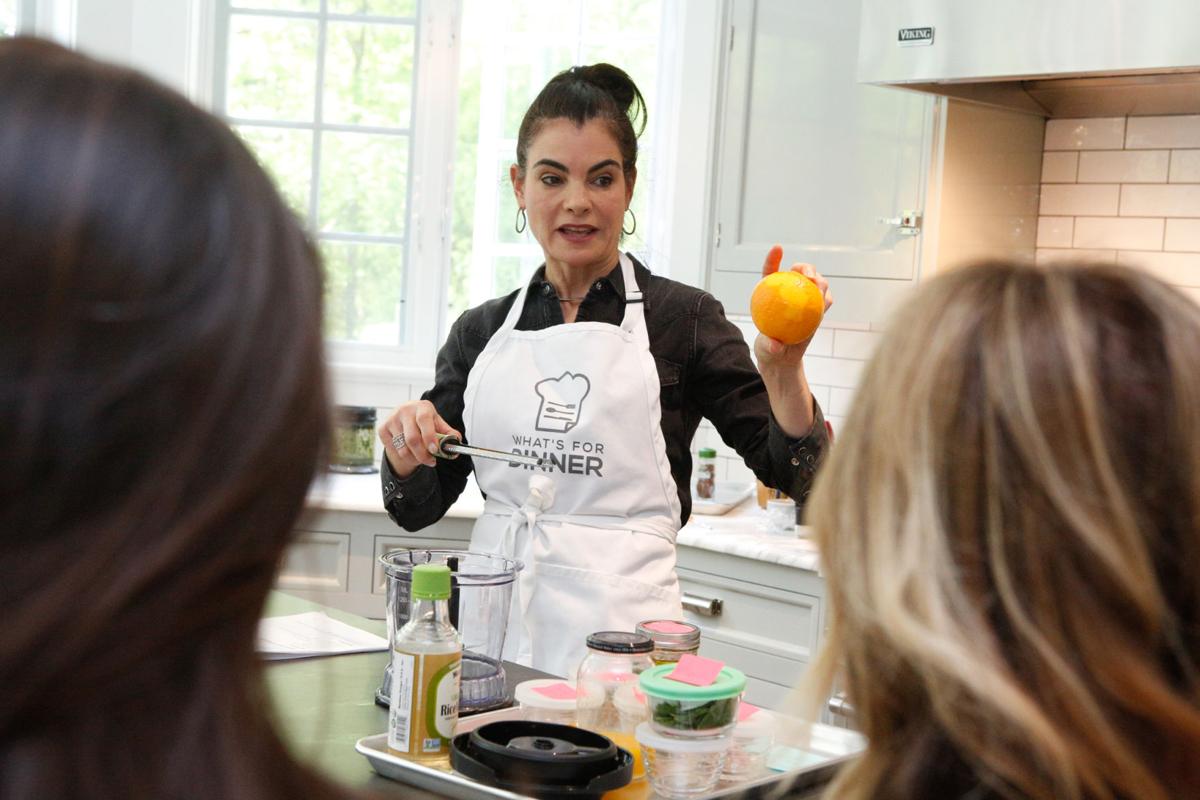 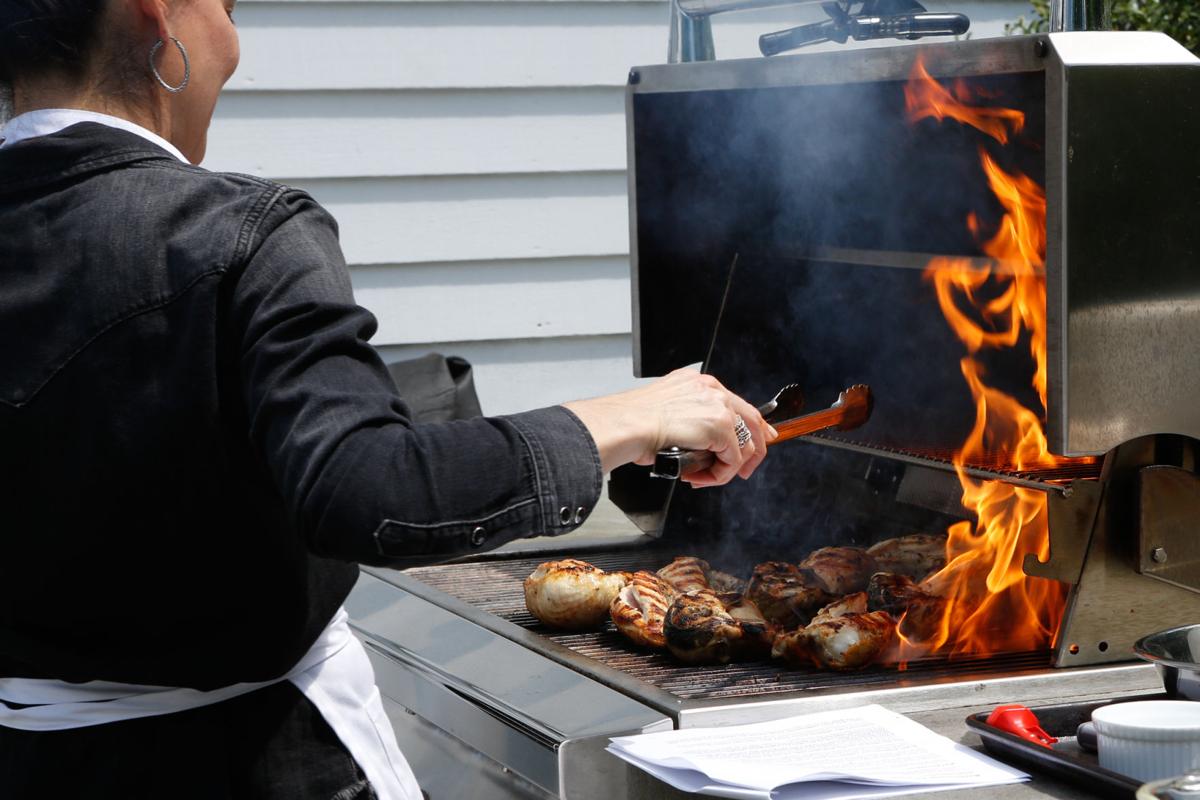 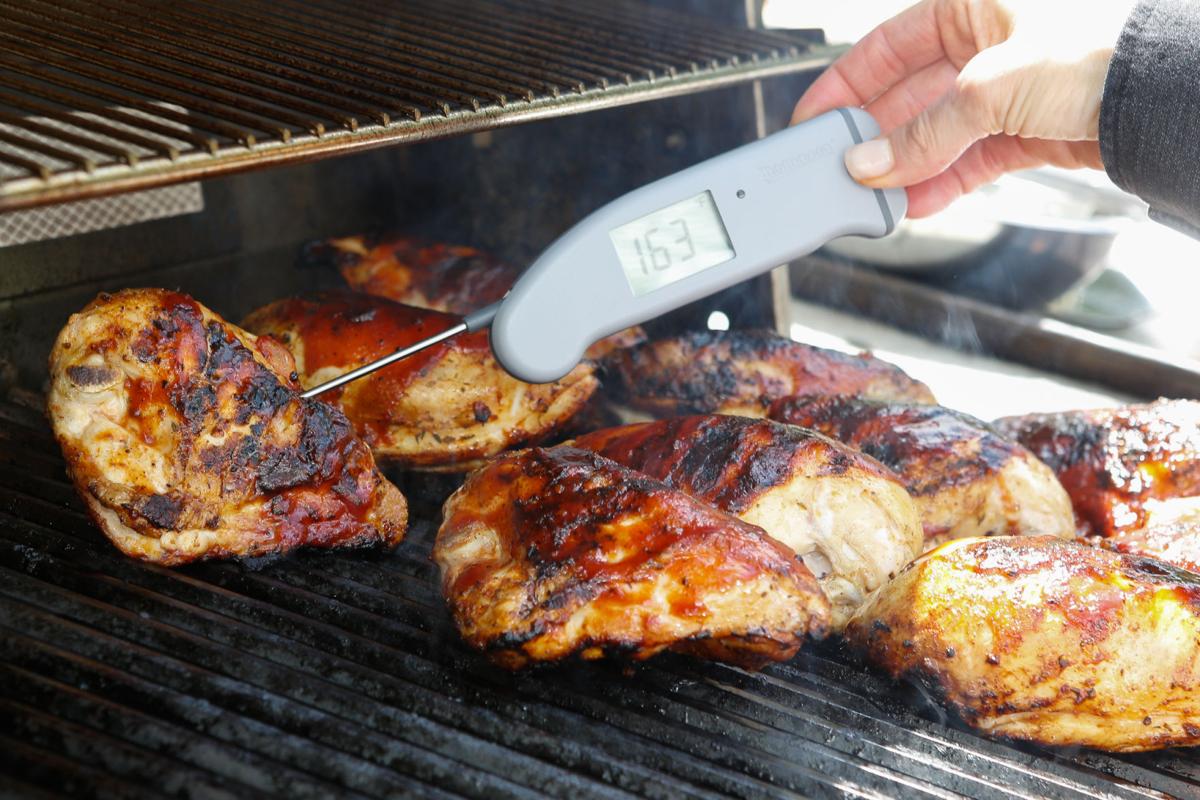 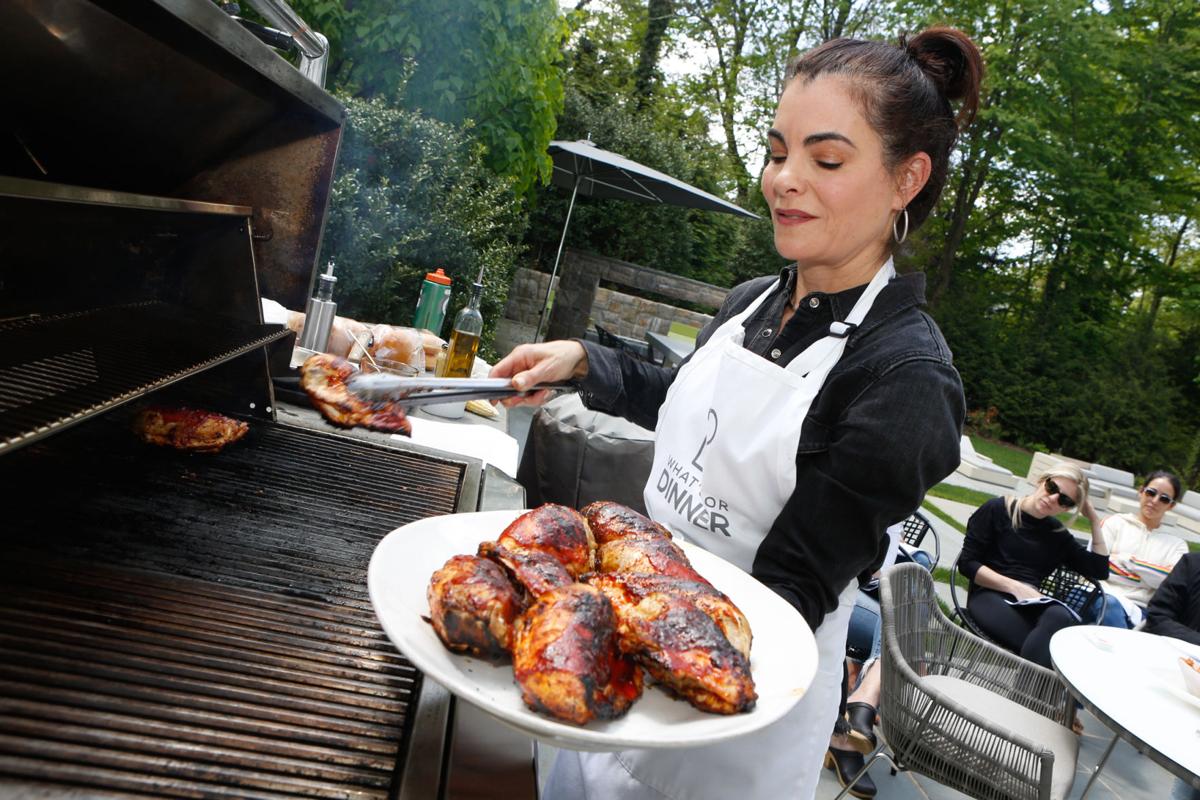 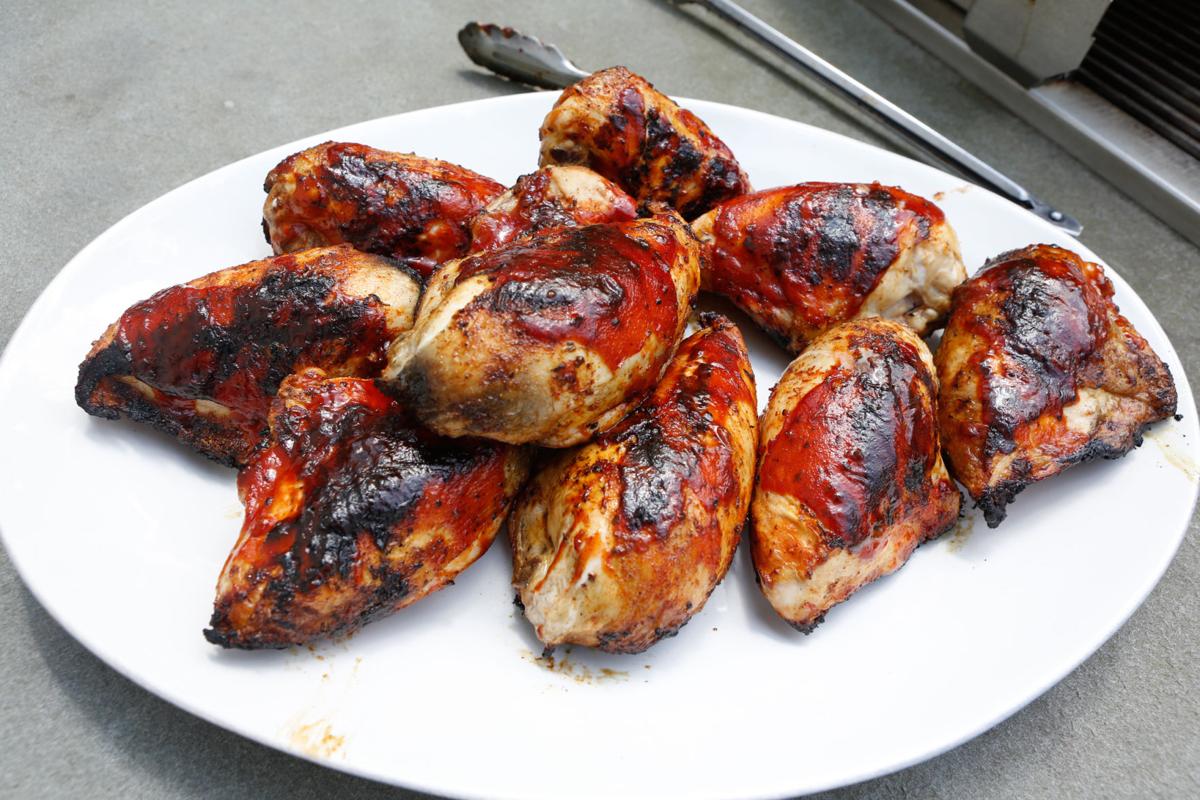 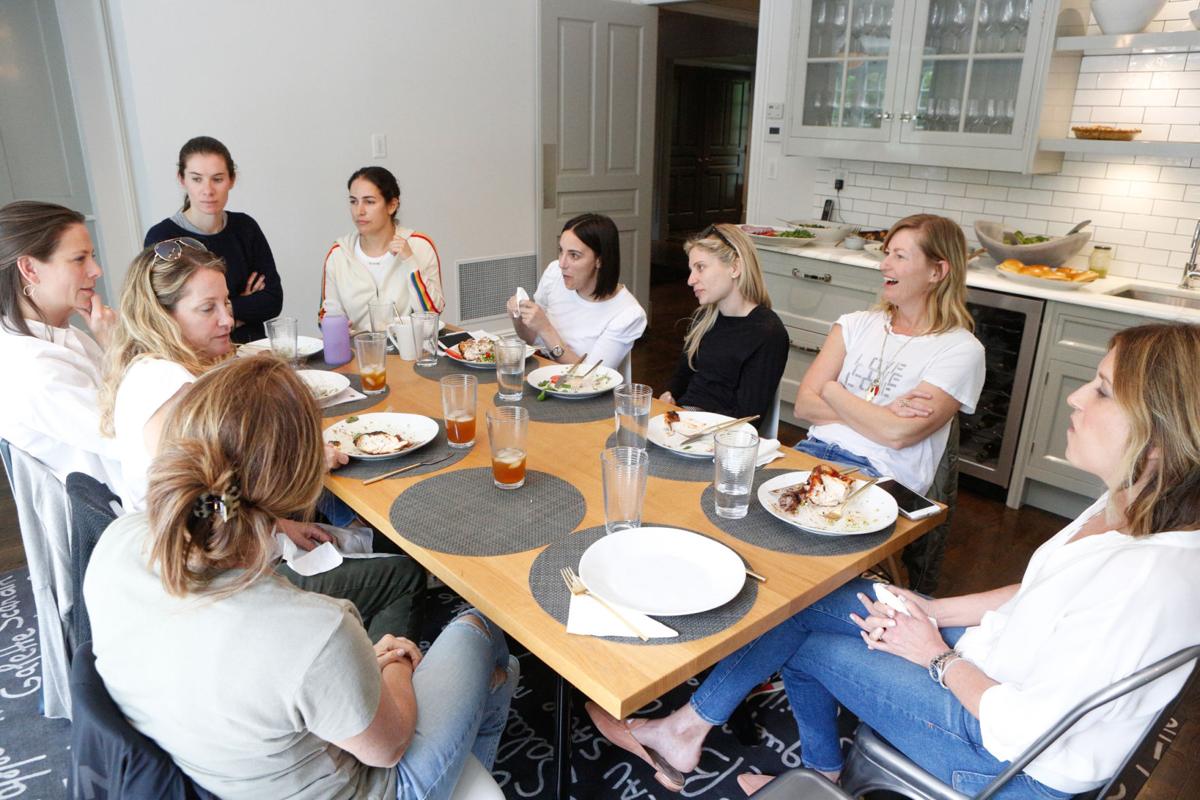 Ten home cooks gathered around Suzanne Yearley’s mammoth kitchen island May 8 for a barbecue cooking class. “I’m a little bit like Julia Child in that things fly around the kitchen,” said the 52-year-old chef, adding flour to the batter of a flaky pie crust.

Yearley, who has lived in a 1929 Scarsdale colonial with her husband, Andrew, and their three children, for four years (and in Scarsdale for 17), is the founder and force behind What’s for Dinner NY, LLC. With a lifetime of culinary experience, Yearley started the cooking demonstration series and food blog in 2009 with the goal of making cooking simpler and more enjoyable for home cooks.

Each class lasts two to three hours, with menus spanning leg of lamb to Italian comfort food. Attendees take notes and ask questions as Yearley prepares each meal from scratch, sharing tips and tricks to creating the perfect bite. They then taste her wares, family style, at her dining room table.

Her zest for food stems from childhood. Yearley was named after the woman who taught her mother to cook while she was living in the French countryside in the 1960s (pre-Child’s “Mastering the Art of French Cooking”). In her pre-teens, Yearley often babysat her younger sister and rummaged through her parents’ cookbooks. Once, her mother came home to find her making pasta from scratch, drying the dough on clothing hangers. In sixth grade, she led a kids’ class on cooking without a stove.

Yearley drew inspiration from the women in her life whose food fueled their families — her mother, aunt and grandmother. She waitressed throughout high school and college, observing restaurant kitchens with keen fascination. After graduating from Duke University in 1989 with a B.A. in economics and psychology, Yearley worked for a year in finance, “hated it” and returned to her first love of food. She worked at Gourmet Magazine for several years in various departments, including as an assistant to celebrity chef Sara Moulton. In 1994, Yearley studied at Peter Kump’s New York Cooking School, now the Institute of Culinary Education, and later became a freelance recipe tester and developer for Eating Well magazine, as well as several cookbooks. She’s been sharing her expertise as a teacher for more than 25 years.

Yearley also serves on the boards of Westchester Jewish Community Services and Gilda’s Club of Westchester, and tutors weekly at an elementary school in Mount Vernon.

A fitness guru, her favorite cuisine is Mediterranean, but Yearley said she enjoys “anything light, healthy and full of flavor.” She values a modern pantry and a technique-based approach to teaching. Above all, “I like being able to take simple techniques and take them around the world by changing the seasonings or sauces or flavors,” she said. A basic grilled chicken recipe can become Thai-inspired by adding fish sauce, basil and mint, or Mediterranean with lemon, olive oil and garlic. “Suddenly you’ve traveled to that part of the world.”

Over the years, testimonials have poured in from “What’s for Dinner?” attendees of all skill levels — seasoned cooks who received pro tips and novices who found doable starter recipes. Scarsdale resident Wendy Berk was one of the few first-timers at Yearley’s May 8 barbecue class, in which she prepared a colorful menu of frozen watermelon margaritas; sweet potato dip and multigrain chips; barbecued chicken; “best ever” hamburgers; a salad with nectarines, mint and blue cheese, and another with corn, tomato, basil and green beans; and homemade apple and blueberry pie.

“I don’t really cook,” Berk said, adding she prefers to barbecue. “I have been trying to make the perfect burger for so long with terrible results… I never thought to put mustard and other ingredients into the burger mix, which probably makes it juicier and less formed.”

Yearley posed dozens more tips during the class. “Putting the sugar in [acts] as a tenderizer.” “Direct heat is for cooking small things that will cook before they burn. Think kebabs.” “My secret is to put in a pinch of cloves, even if you think you hate cloves.”

Polished yet breezy, Yearley encouraged attendees to ease the pressure on themselves. “I don’t worry too much, ‘Is it perfect?’”

To learn more, go to whatsfordinnerny.site.