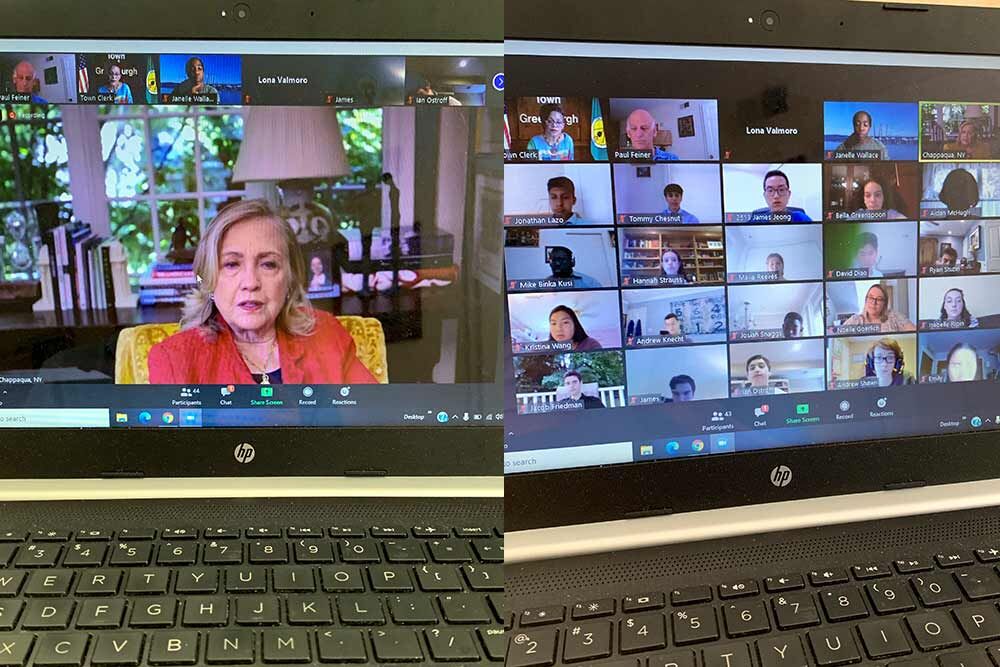 Student interns were able to zoom with Hillary Clinton. 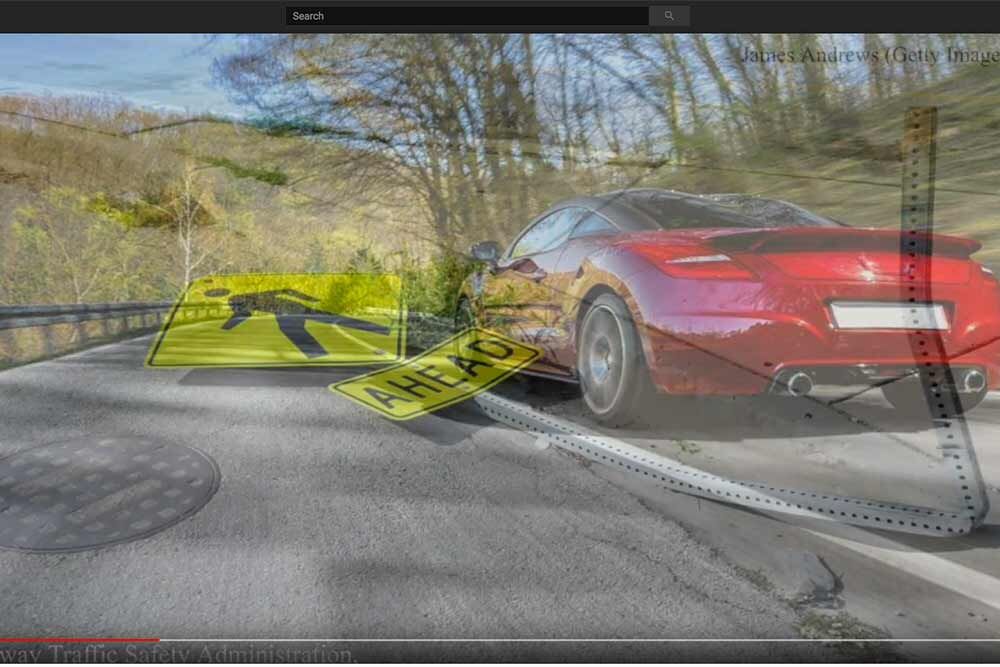 Some PSAs are posted on YouTube and the town website, aired on public access channels, and were shown on the big screen Aug. 1 at a town-sponsored Movie Night at Anthony F. Veteran Park.

Working in teams, students advocated mask wearing. Snappy titles highlight the message: “This Moment Calls for Everyday Heroes,” “Be an Everyday Hero. Mask Up. Save the Day,” “Have a Heart. Stay 6 Feet Apart.”

Some PSAs cite statistics about Westchester’s virus cases, explain COVID-19 transmittal, and illustrate types of masks, reasons to use them and how to wear one. One PSA includes a map showing which state populations are more or less likely to mask up. New York leads, while some Southern and Western states eschew protection.

Another PSA succinctly delivers the ultimate argument: “Think of Other People.”

Other PSAs target pedestrian, cyclist and motor vehicle safety, including distracted driving. Viewers are exhorted not to drink, eat, text, speed, smoke, or put on makeup while driving. One voiceover warns that when someone driving 55 mph looks at a phone for 5 seconds, the car travels the length of a football field.

One team offered a semi-tongue-in-cheek example of distracted driving. A female narrator describes taking her eyes off the road for a moment to change radio stations. When the car ahead of her stops to allow a flock of geese to cross the road she plows into it, totaling her car and quite a few geese. A male narrator solemnly chimes in, “This tragedy is now called ‘The Webbed-Foot Massacre.’” That scenario happened to the mother of one intern.

Nandini Singh, who will be entering her freshman year at Edgemont Jr./Sr. High School, said the program was “a great opportunity to learn about different town policies,” while also allowing her to consider if she would enjoy a future career in law or government.

“It was just something that was really close to home and somewhere where I felt like I could make an impact,” Diao said of the internship. “We learned a lot about the way that small local governments worked and we also learned a lot about … issues in general that affect the town.”

Elaine Rogers, regional director for Toastmasters International, helped the interns develop an “elevator pitch” about themselves, and Ellen Connors of the Center for the Promotion of Social & Emotional Learning explored emotional intelligence.

On July 30, National Intern Day, students spent nearly two hours in a Zoom conversation with Irvington resident and former Newsweek journalist David Kaplan, author of “The Most Dangerous Branch: Inside the Supreme Court in the Age of Trump.”

Former presidential candidate, U.S. senator and Secretary of State Hillary Clinton was scheduled to address the interns on Aug. 12, the day before the internships end.

Dylan Johns, a rising senior at Edgemont Jr./Sr. High School, said he was wary of doing an internship in-person due to the pandemic, which was what motivated him to apply for the virtual internship offered by Greenburgh.

“We didn’t know what to expect this year since the internships were being done remotely via Zoom,” Feiner said. “But I think this year’s internship program has been one of the best … The students are smart, articulate, and have tremendous leadership skills.”