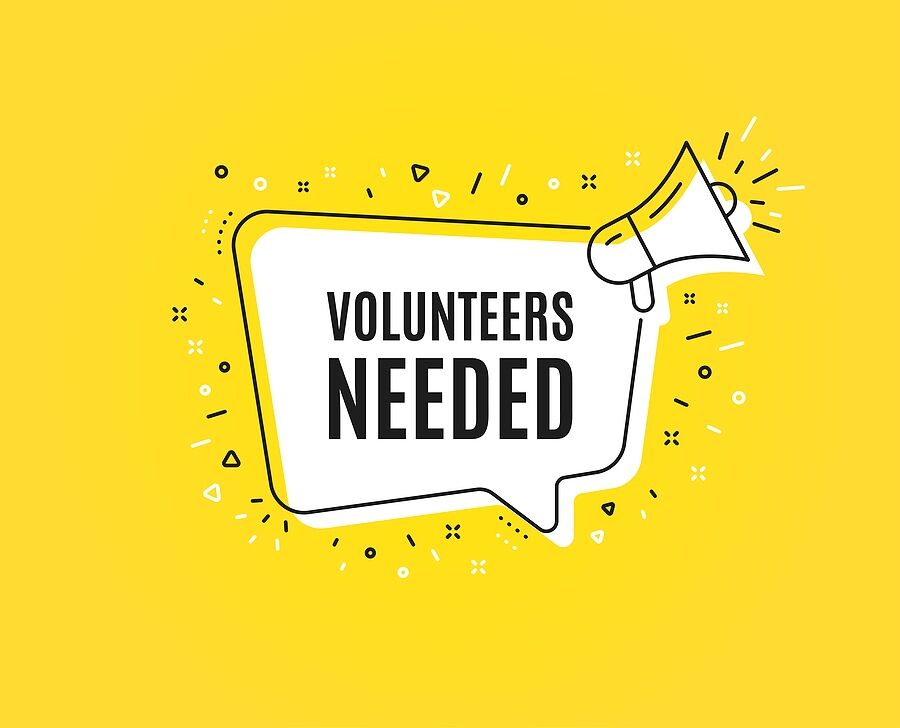 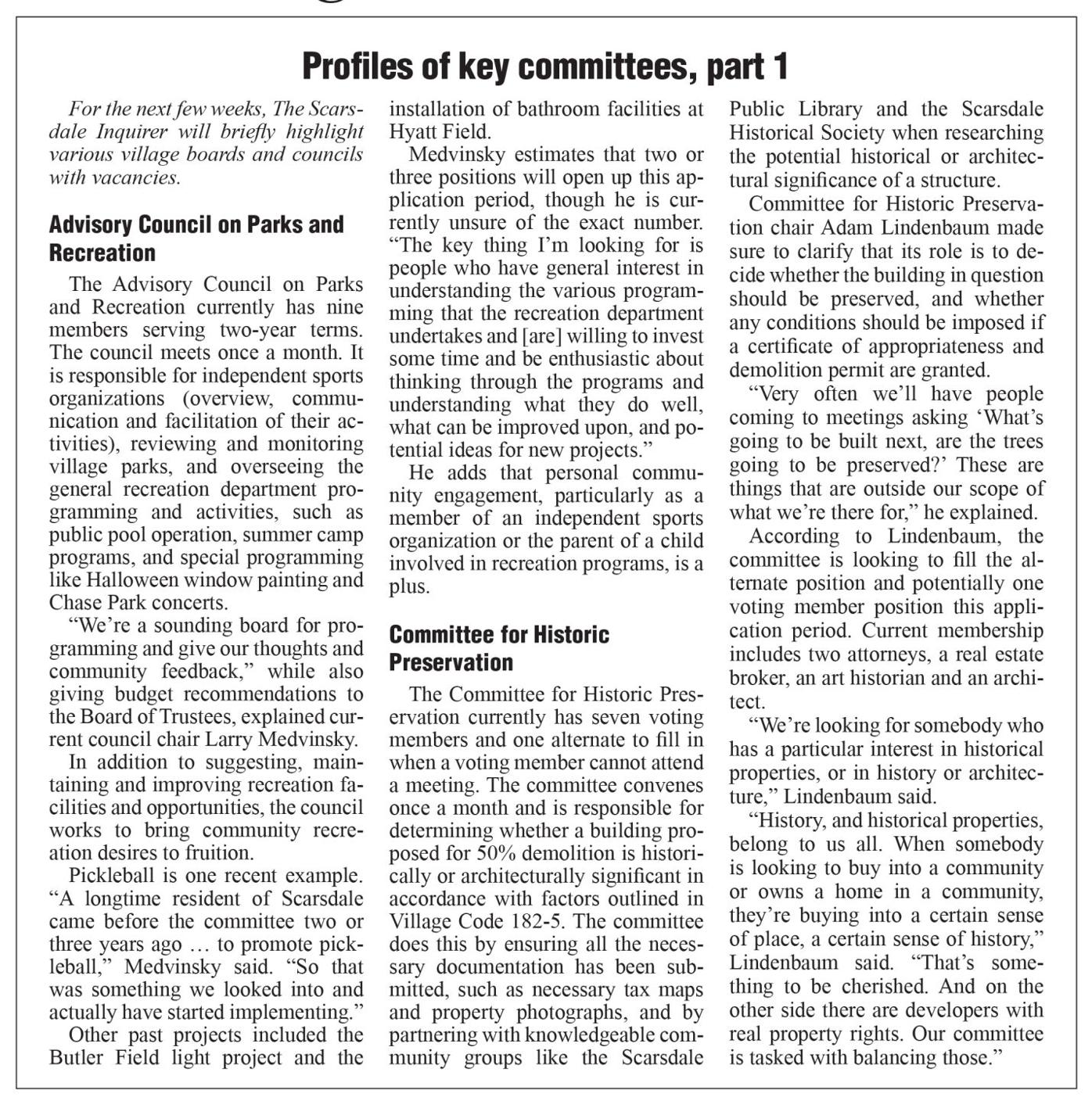 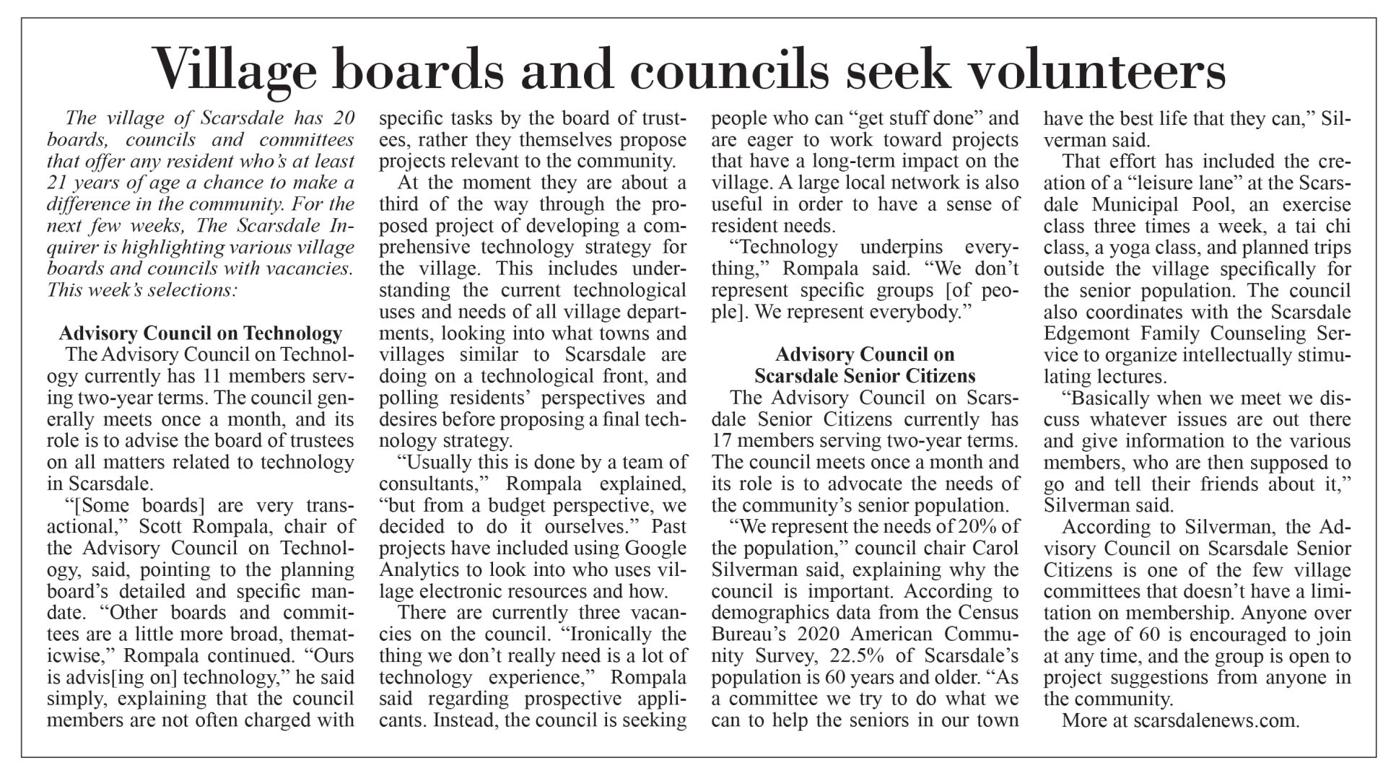 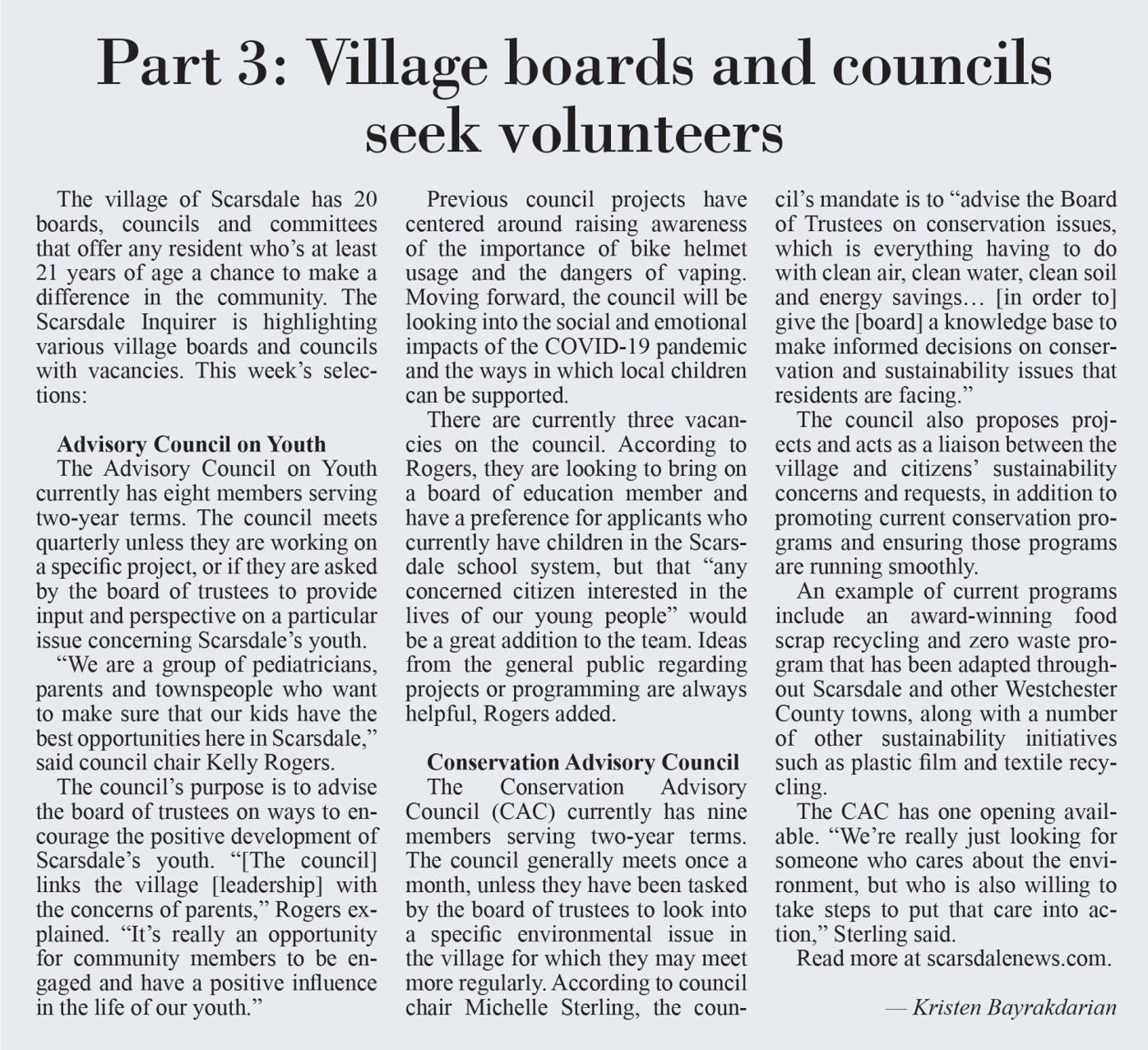 How can one make a tangible difference in the community?

The village of Scarsdale has 20 boards, councils and committees that offer any resident who’s at least 21 years of age a chance to do just that.

“We all live in this village and we want it to be a better place for all of our residents,” said Scarsdale Village Trustee Rochelle Waldman. “The more people get involved, the more people who have a voice, the more [of our town] will be represented … [and] the community will be better for everybody.”

Trustee Waldman and Trustee Randall Whitestone are co-chairs of the village board’s Personnel Committee, which receives and reviews any applications submitted for volunteership. The committee contacts current council chairs and members each year around this time to ascertain the number of vacancies available, and what each specific board, council and committee is searching for. All applications are then brought before the full Board of Trustees to make selections and appointments.

The 20 boards and councils open to Scarsdale volunteers are organized into three categories: decision-making, advisory and ad hoc.

Decision-making boards “review applications and submissions and may be responsible for approval or rejection, or imposing appropriate conditions,” according to the Scarsdale Village website. Examples include the Board of Architectural Review and the Committee for Historic Preservation.

Advisory councils, such as the Advisory Council for People with Disabilities and the Conservation Advisory Council, offer advice to the Board of Trustees on specialized topics to aid in decision-making.

Volunteer terms range mostly from two to five years, depending on the board or council, and  every year some members’ terms expire. If they choose  to not renew their volunteership, the space becomes open for new applicants, who begin their term at the beginning of April. How often a board or council meets is also specific to that board or council, with gatherings ranging from once a month to once a year.

The Personnel Committee is currently in the process of contacting members’ whose terms are expiring to determine how many vacancies will be available on each board. While there is no application due date — the application portal is open year round — Scarsdale residents are encouraged to apply now to be considered for appointment this coming April.

“We are starting to get applications in and are trying to spread the word that these opportunities are available,” Waldman said. “We would like as many residents as possible to apply,” she added, highlighting the importance of differing points of view and perspectives in council appointments.

While descriptions of the councils are available on the Scarsdale Village website, Waldman pointed out that appointments are made based on the makeup of the current board, and what voices, demographics or skill sets may be missing.

“When somebody submits an application they are asked to rank their top three choices of board. We ask them a little bit about themselves, how long they’ve lived in Scarsdale, why they want to get involved, what specific skill sets they have, how they think that will best serve them on a particular board or council. We then look at new applications and see where we think a particular individual will fit in best ... based on their skill set,” Waldman explained.

The application form and more information can be found online at scarsdale.com/399/Volunteer-to-Serve.