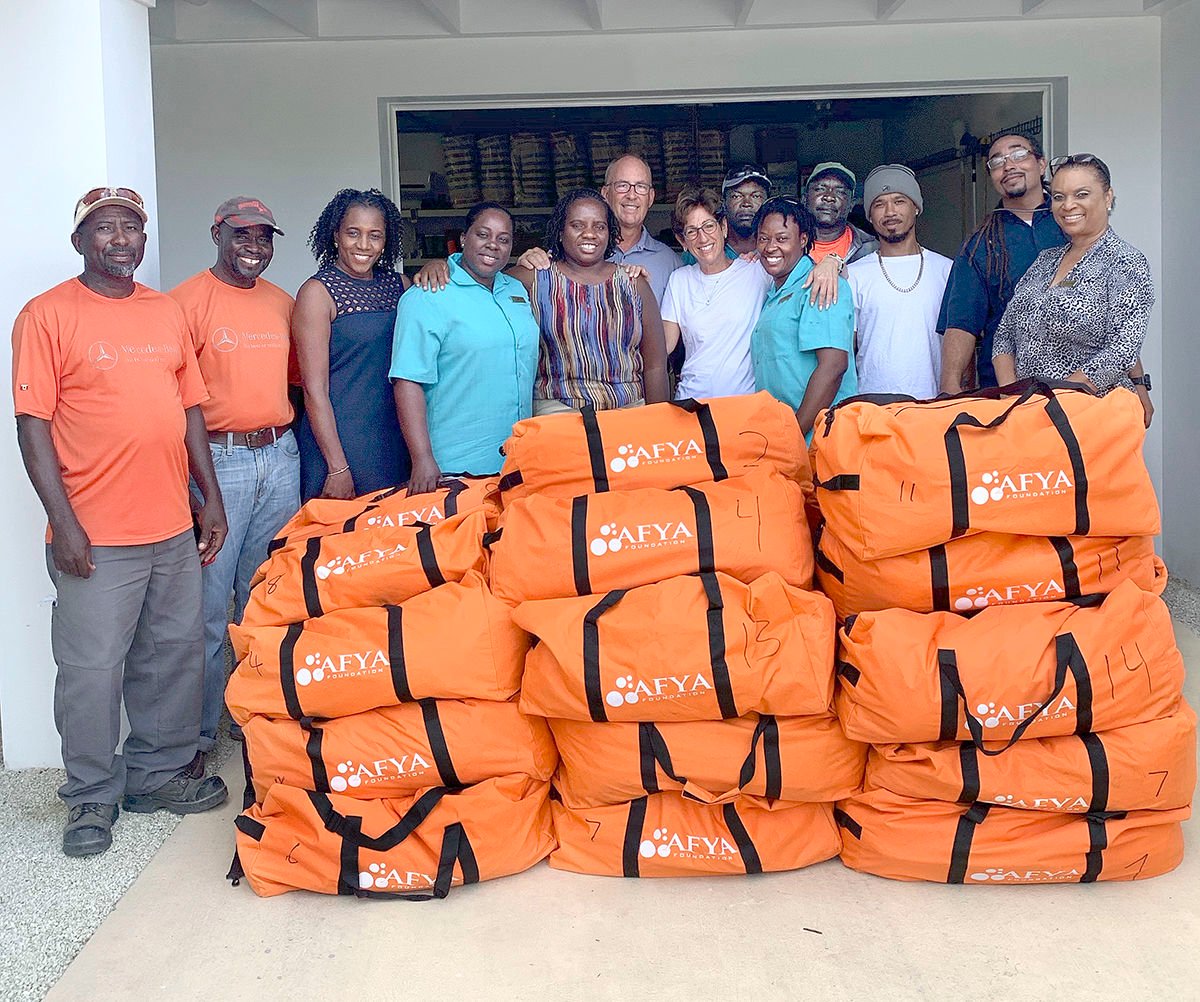 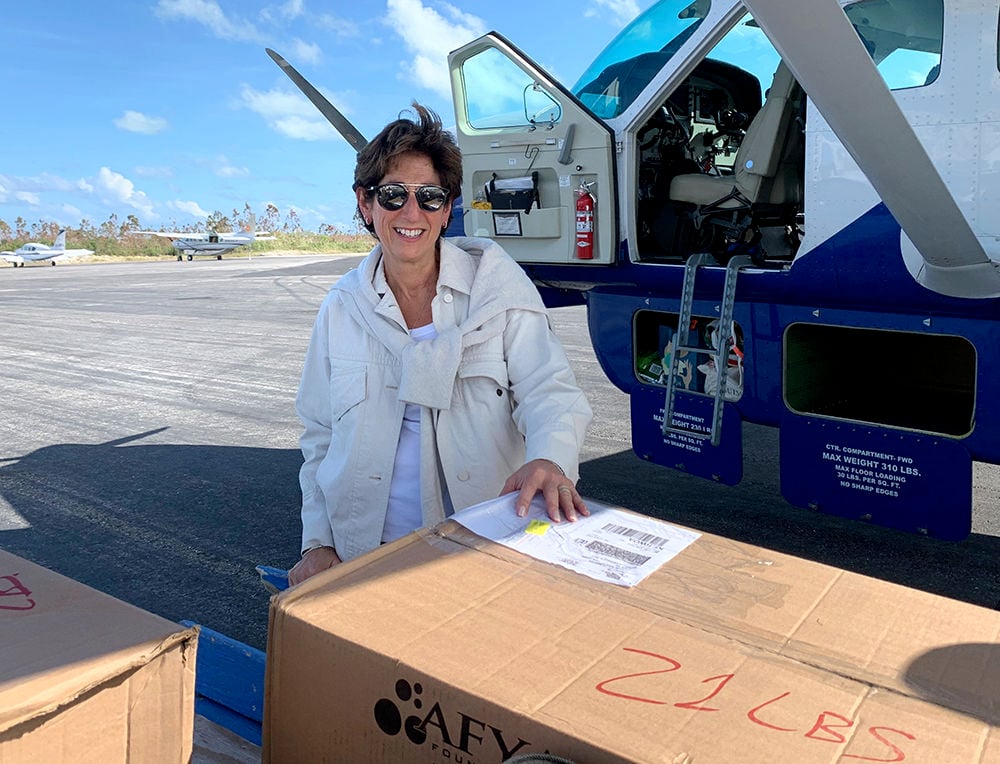 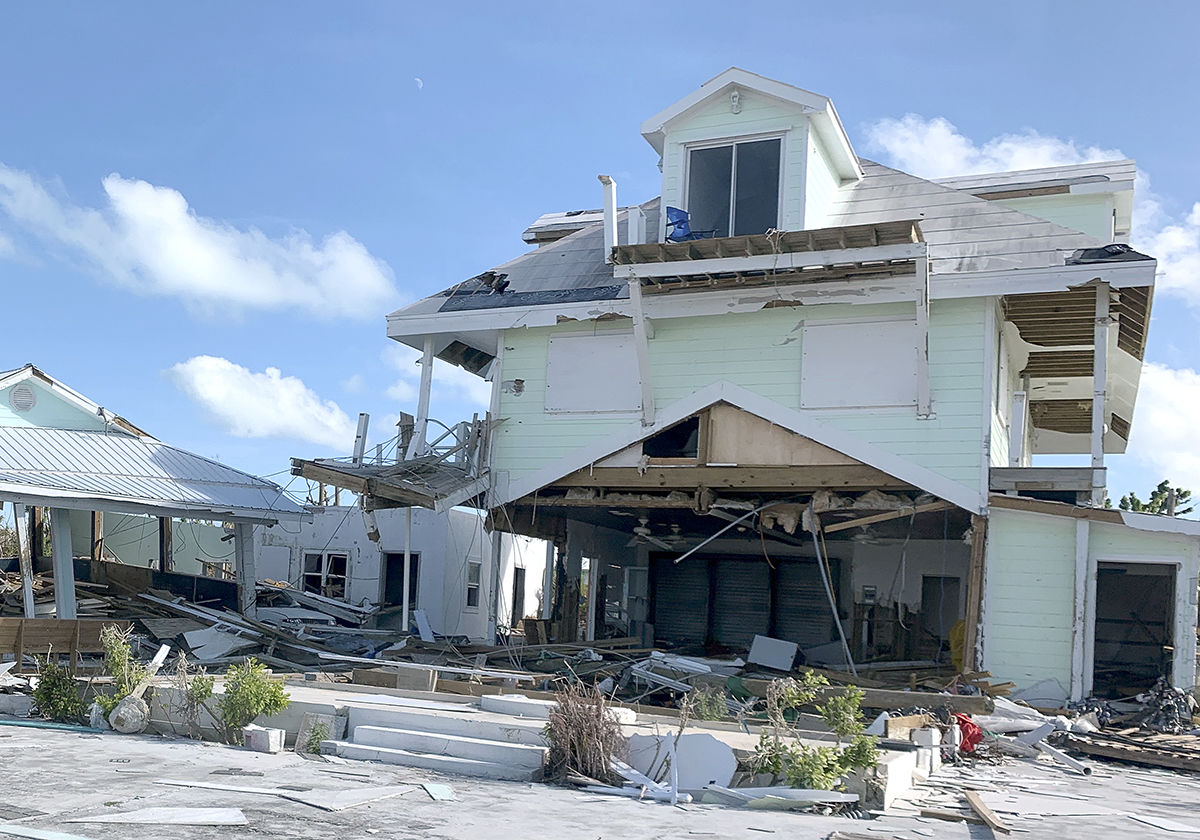 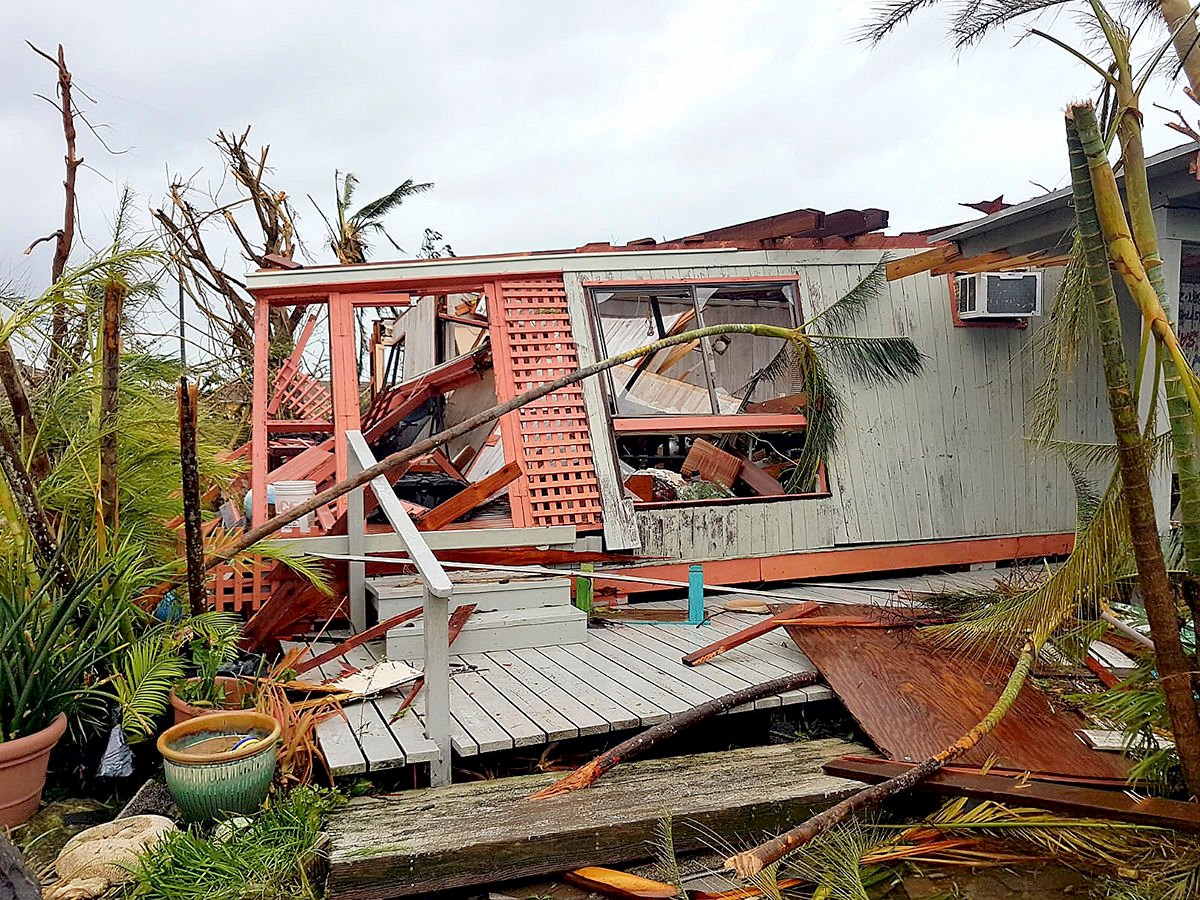 Spivak's friend's house, where he rode out the storm with his wife, three dogs and two cats for four days. 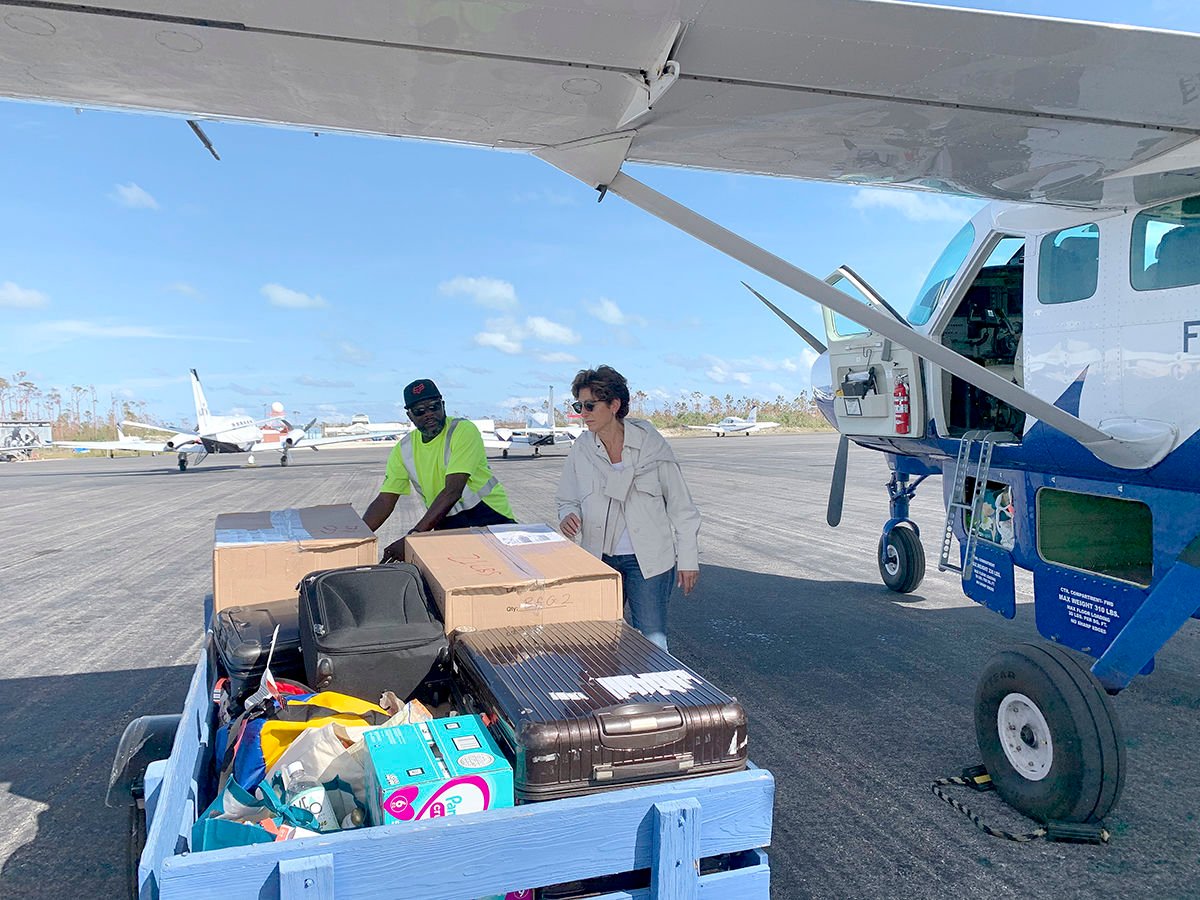 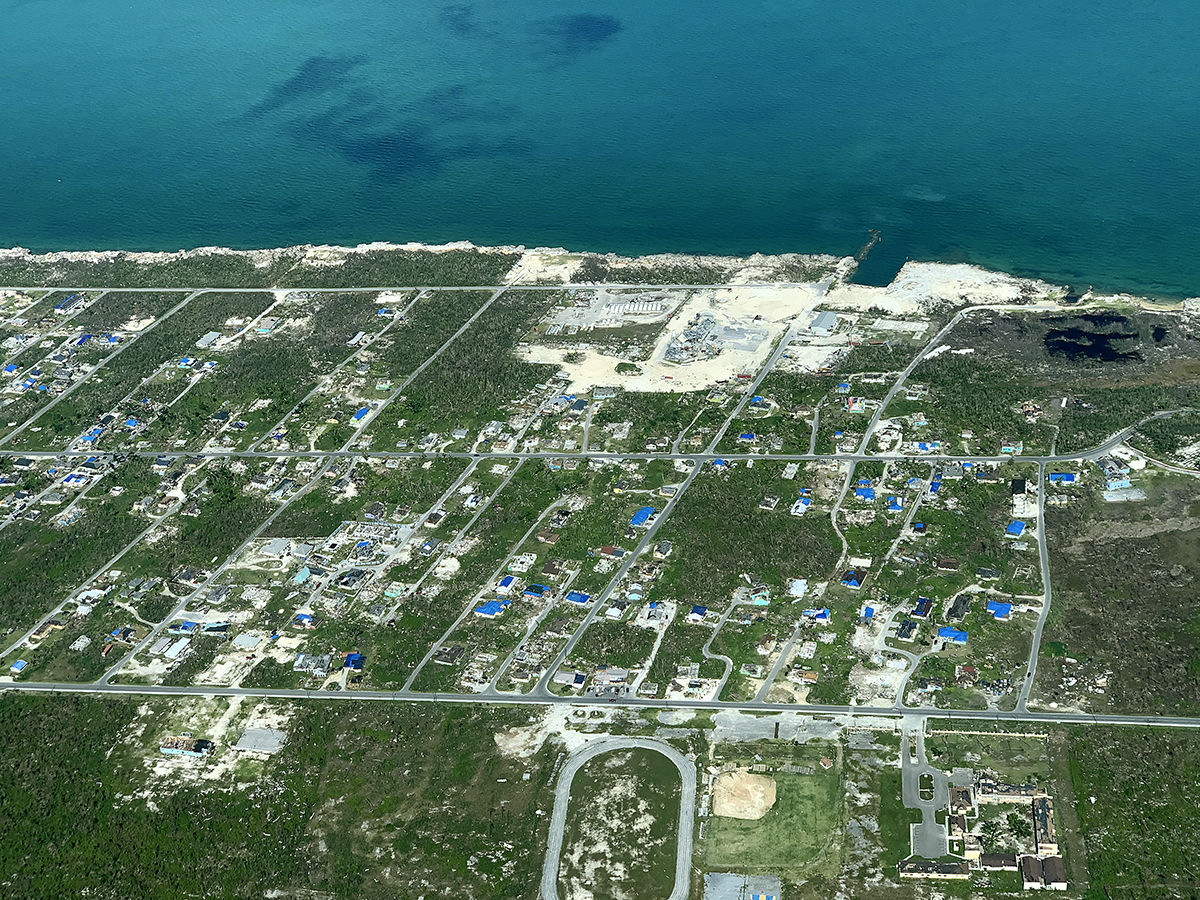 When you have your health, you have everything. If ever there were two individuals who understood that adage, it’s Melanie Spivak and Danielle Butin, dedicated volunteers who have responded to urgent health crises around the world.

Last week, Spivak, of Quaker Ridge, partnered with Butin, the founder and CEO of the nonprofit disaster relief organization, AFYA, to deliver medicine and lifesaving equipment to the Bahamian Island of Abaco that was devastated by Hurricane Dorian in September and where Spivak has a home. It was the first time she had been there since the hurricane made landfall, destroying almost everything in its path.

Spivak’s community was hit hard but was spared the total destruction that befell Marsh Harbor just eight miles north. “That area is virtually wiped out, and more than half the island is complete rubble,” she said.

With health care a priority, Spivak and Butin came to the aid of Dr. James Hull, who had treated a large segment of the island’s 15,000 residents at two clinics that were demolished. After Dorian, Hull set up a mobile clinic but lacked medical supplies.

“It was imperative that he continue to provide health care for the local population who either stayed back during the hurricane, or were just returning after evacuating,” said Spivak.

Through friends and neighbors back home, Spivak was introduced to Butin, a Scarsdale High School graduate, class of 1981, and a recipient of the 2009 SHS Distinguished Alumni Award. A dynamic coordinator of disaster relief initiatives, Butin launched AFYA (which means “good health” in Swahili) in 2008 and currently manages a warehouse in Yonkers that stocks and delivers everyday necessities and surplus medical supplies to disaster zones around the world — everything from shoes and toothpaste to first aid.

AFYA maintains a large network of donor hospitals and an active volunteer program that, Butin said, “allows us to respond rapidly and efficiently to global health crises that arise after natural disasters.” The organization has shipped medical and humanitarian aid to reputable partners on the ground during the Ebola outbreak, and after catastrophic events in Nepal, Greece and Puerto Rico.

To deliver supplies to Abaco, Spivak and Butin hit the ground running.

“We started rolling within 24 hours,” said Spivak, “It was incredible.”

Four days after Spivak and Butin’s first meeting, 34 bags of supplies weighing 50 pounds each were transported to Abaco by friends, volunteers and by Spivak herself, via private or chartered flights, since the international airport was still closed to transport to and from Abaco.

AFYA’s staff, meanwhile, worked with partners on the ground, including Bahamas Hurricane Relief Fund, HeadKnowles and IsraAID. Volunteers flew to Nassau to deliver $250,000 worth of medical supplies to the Ministry of Health in Freeport, and other supplies filling two 40-foot containers were shipped to help the island reopen Rand, their largest public hospital.

“Our organization has served as the center of this disaster donation and is committed to continuing this relief and recovery effort,” said Butin.

Spivak herself is no stranger to disaster relief. In 2009, she was among seven women who formed SOS4EDUCATION, a 501(c)(3) charity whose mission was to rebuild the schools in Bay St. Louis, Mississippi, where Hurricane Katrina had made landfall. After visiting the area, the women arranged for Scarsdale to adopt that town, holding fundraisers; working with Bay St. students, teachers and administrators; and launching a SHS senior options program with Habitat for Humanity.

For more information, or to make a donation, visit: AFYAfoundation.org.