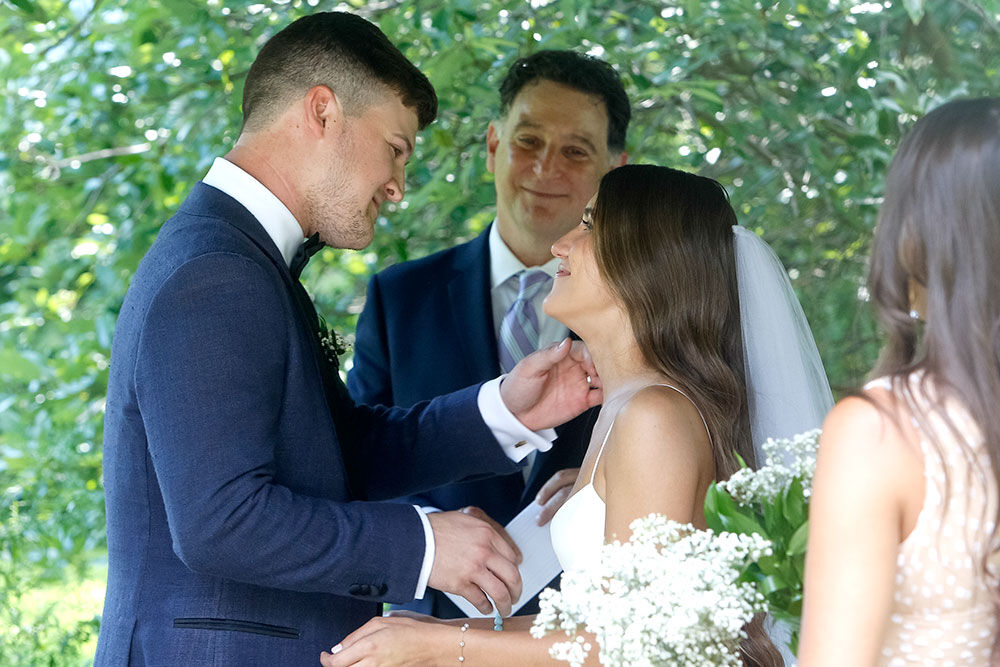 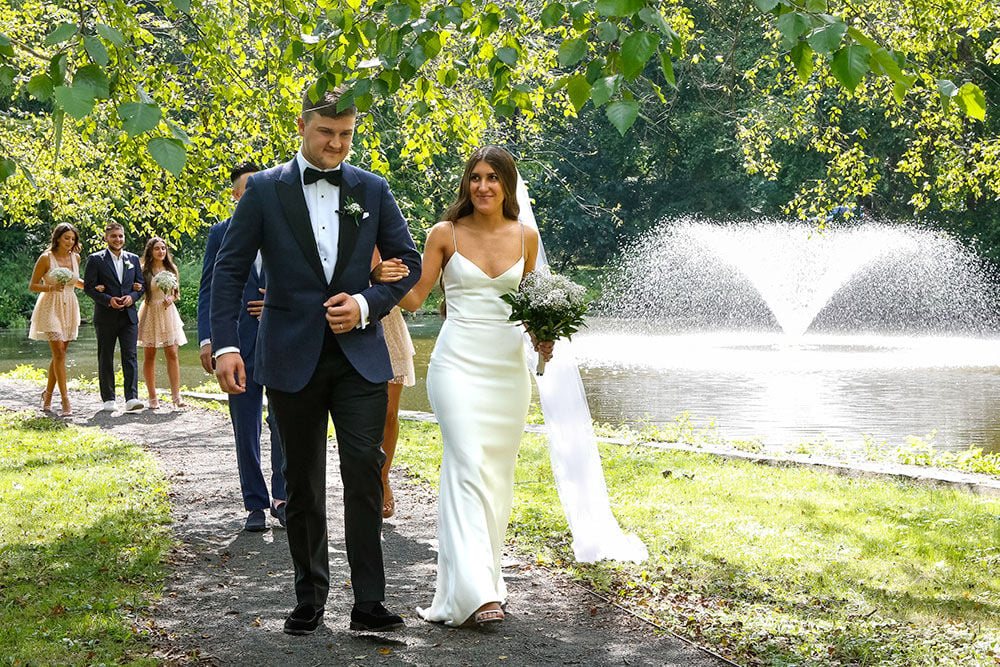 The bride and groom, Zachary Fenton and Maxie Naclerio. 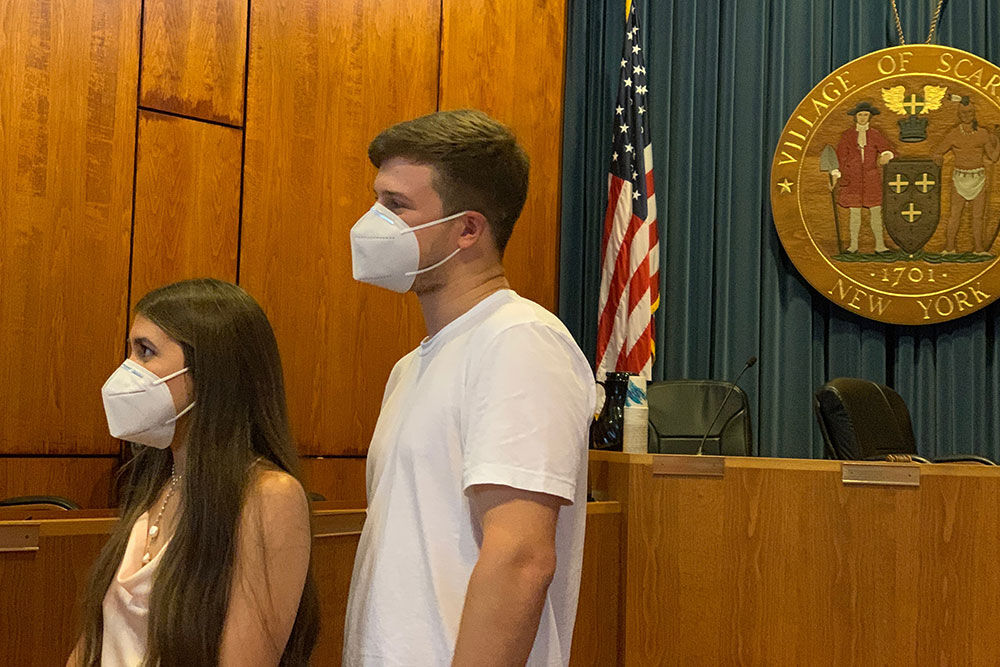 When the coronavirus caused New York City’s marriage bureau to shut down, eager couples sought other outlets for licensing — and Donna Conkling stepped up to meet demand, working tirelessly since May to bring couples and families together through her work as Scarsdale village clerk.

Though the city has reopened its clerk office, “[It’s] so backed up they can’t even offer appointments to these couples before November,” Conkling said. “Everyday I get at least three or four more calls from people looking to get marriage licenses.”

In a typical year, Conkling issues 80 marriage licenses. So far this year, she’s issued 120. Among the betrothed were White Plains residents Maxie Naclerio and Zachary Fenton, who met as students in Scarsdale High School (class of 2012), got their marriage license and had a civil service at Scarsdale Village Hall on July 17. Wearing face masks and keeping a safe distance, the couple livestreamed the event on Zoom to include their fathers and were accompanied at village hall by two witnesses — the bride’s mother and brother — along with Conkling, the mayor and his wife.

A month later, on Aug. 22, the mayor officiated at the couple’s outdoor wedding —a small gathering of family and friends held at Scarsdale Library pond and park on Aug. 22.

“It was beautiful, really special,” said Christine Naclerio, Fox Meadow resident and mother of the bride. “The mayor was really excited because it was the first wedding” at which he officiated.

A village clerk typically performs a wide variety of roles, and, because Scarsdale is a village and a town, Conkling has done a yeoman’s job, from attending all the village board of trustee meetings, to filing permits, issuing birth and death certificates, and much more since she took up the position in October 2001.

In recent weeks, she has managed to issue so many marriage licenses partly because of the pandemic-related shift from in-person to virtual. Despite the distance, Conkling finds going virtual preferable to meeting in person with the safety precautions currently in place.

“I enjoy every minute of it and I enjoy meeting them and even though it’s virtual right now, it’s actually more personal than if you were to do it in person,” she said. “If you do it in person, of course, you’d have the mask on and you’d have the plexiglass between you and it just wouldn’t be the same. At least with this you’re able to chat and see each other.”

Conkling finds the marriage licenses to be a beacon of light during the pandemic, especially in contrast to what her job entailed earlier this year.

“Everybody’s very happy and that makes me feel so good because back in March and April [we were] not dealing with marriages. [We were] dealing with death certificates,” she said. “So this is such a welcome part of the job and it’s just been so happy. It gives you a lot of hope for the future.”

Being a mother is a strong motivating factor for Conkling, and she often puts herself in the shoes of the couples’ families.

“My daughter was married five years ago. We put a year and a half worth of preparation into that wedding. It always goes through my mind that this [pandemic] could’ve happened then. It could have happened in the month of March before the wedding,” Conkling said. “So I always think of that, as a mother and having gone through wedding preparations I can imagine what these people are going through. It is a lot of planning, and marriage licensing is a small part of it but a very necessary part. So to be able to help them get that complete definitely [gave me] a very deep appreciation for it and a whole different perspective on it.”

Not only does Conkling feel a greater appreciation for marriage licenses, she’s also noticed a change in the perspective of the couples and families she’s assisting.

“I even hear the mothers in the background thanking me. I had one girl call me in tears that she couldn’t find anyone to give her a marriage license. I said, ‘Of course … we can get it done in a few days,’” Conkling said. “[For the couples], where something was just so easy before, when you could just go anywhere and get a license and you don’t think twice about it, but all of a sudden it became difficult to get and I don’t think anybody anticipated that either. It’s bad enough when you couldn’t get certain things in the grocery store at the beginning so everything, I think, became more precious. Everything took on new meaning. Maybe in some ways we can learn from that, so that we have more appreciation for the small things.”

— with reporting by Valerie Abrahams