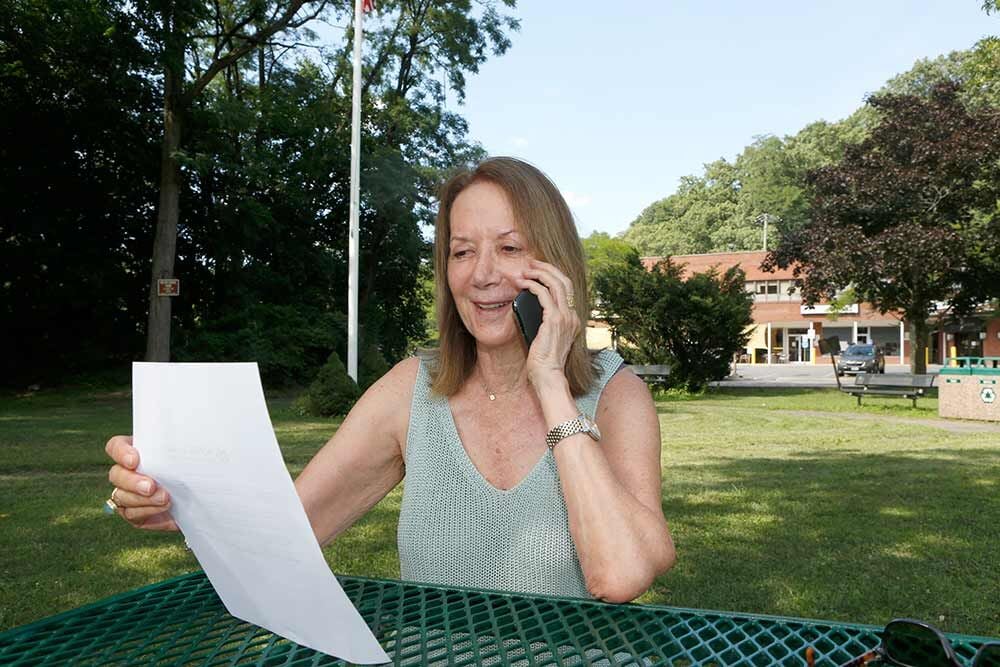 Carolyn Glickstein’s new mission is to help others make connections during the pandemic. 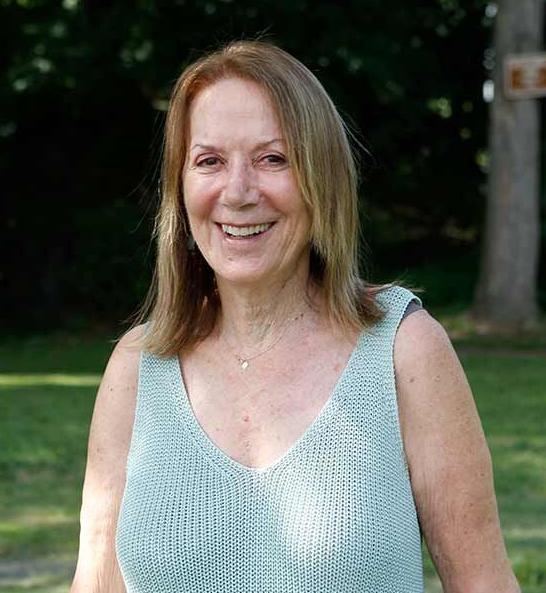 Carolyn Glickstein has understood the power of connection for the elderly her entire career as an aging life care professional — formerly called geriatric care manager — but never has that had more meaning than when she herself connected with a colleague’s college-age daughter during the COVID-19 pandemic.

Mercer University pre-med senior Madison Wagner wanted to do “something significant” and she, mom Julie Wagner, Glickstein and the Aging Life Care Association recently launched Across All Ages: Connecting Students to Seniors. Atria Senior Living in Rye Brook was the first location to sign on and while others are getting with the program, older individuals living on their own can also be connected with health care students throughout the country.

“The fact that it’s nationally supported is what’s exciting to me,” 1963 Edgemont High School graduate and former Edgemont resident Glickstein said. “Everybody is on Zoom and setting up calls. It can be a birthday party with 60 people or just five people or two people. Everybody is looking for these connections. Friends from all over are coming together through the technology that’s become more important during COVID.”

She added, “We were talking about how we can help the situation we’re in, but the isolation and the loneliness of people aging is a huge issue … COVID or not.”

Students make an initial four-week commitment to contact their assigned senior at least once a week. “The goal is to link generations in this time of uncertainty where physical and mental isolation seem the norm,” Glickstein said.

Wagner was sent back home to Arizona from college in Georgia, but that didn’t stop her from connecting with others like Glickstein, who had spent most of the pandemic in Minnesota, but has now returned home to New York City, which for a long time had been the epicenter of coronavirus in the United States. In an age of social distancing, quarantining and sheltering in place, the program was set up to run virtually or by telephone, so there is no fear of exposure from in-person meetings.

“I don’t think there’s anybody right now who doesn’t need to talk about what’s happening,” Glickstein said. “I’m very concerned about the mental health of people coming out of this situation. This seems like a healthy way to allow people to express themselves during these times to prevent the sadness, the grief, the desperation that we’re going to see forthcoming.”

The seniors often have a lifetime of experience to share with the students, who in return get to not only learn about their elders, but have a chance to work on their skills of working with strangers and getting to know them.

“It’s an education for them,” Glickstein said. “The younger person gets to understand how they can relate to somebody they don’t even know during this time. They can share their own hopes, fears and dreams. It might also be easier for the young person to share about their lives with someone they don’t know because there won’t be judgment.”

While many of the seniors may have family, they may not be able to rely on their kids or grandkids to be there for them when they are managing their own topsy-turvy lives.

“When you get to a certain age there’s so much loss that you’ve experienced, people my age and older, so having new energy coming into your life via a phone call means a lot,” Glickstein said. “People who have lost their families, those [in their] 80s and 90s, older than I am, they don’t always have family or friend connections. Having [others] take interest and be available and wanting to share their lives with someone who is a senior means a great deal. The hope is to develop relationships that benefit the students and the seniors.”

Glickstein is 75 years old and shows no signs of slowing down, so she’s thinking of those much older than herself. She has healthy relationships and is active with tennis, pickleball and now golf. “I don’t feel 75, nor do I act it,” she said.

Until recently, Glickstein was coaching boys and girls tennis at her alma mater. That was something she started when she was 60 — when people are normally preparing for life to slow down — at the urging of Edgemont classmate Jim San Marco, the former physical education teacher, athletic director and multisport coach for the Panthers.

During her eighth year coaching at Edgemont in 2013, Glickstein said, “I’ve got my two spectrums — the really elderly and the really young. It makes a nice balance for me. I really love being with the kids. It’s energizing and fun. Edgemont’s kids are terrific.”

That’s because she connected with them regardless of generations.

Locally Glickstein also helped bring the “Edgemont” to Scarsdale Edgemont Family Counseling Services decades ago. She brought Midnight Run and Safe Rides to Edgemont. She brought Guinness World record-holding dance and yoga guru Tao Porchon Lynch, who died Feb. 21 this year at age 101, to do yoga with her tennis girls at the high school.

“She was so old and they could not get over her ability to do all these things,” Glickstein said. “She loved it because for her it was a different group of people to work with. She was used to working with people who were older, mostly women.”

Glickstein is carrying on a mission for all ages at a time when it’s more crucial than ever, and when the communication tools are right at everyone’s fingertips.

“Right now the connection seems to be what’s needed in our world, which is why this is being very well received,” Glickstein said.

Contact Glickstein at cglic@aol.com for more information for seniors and health care students looking for connections.