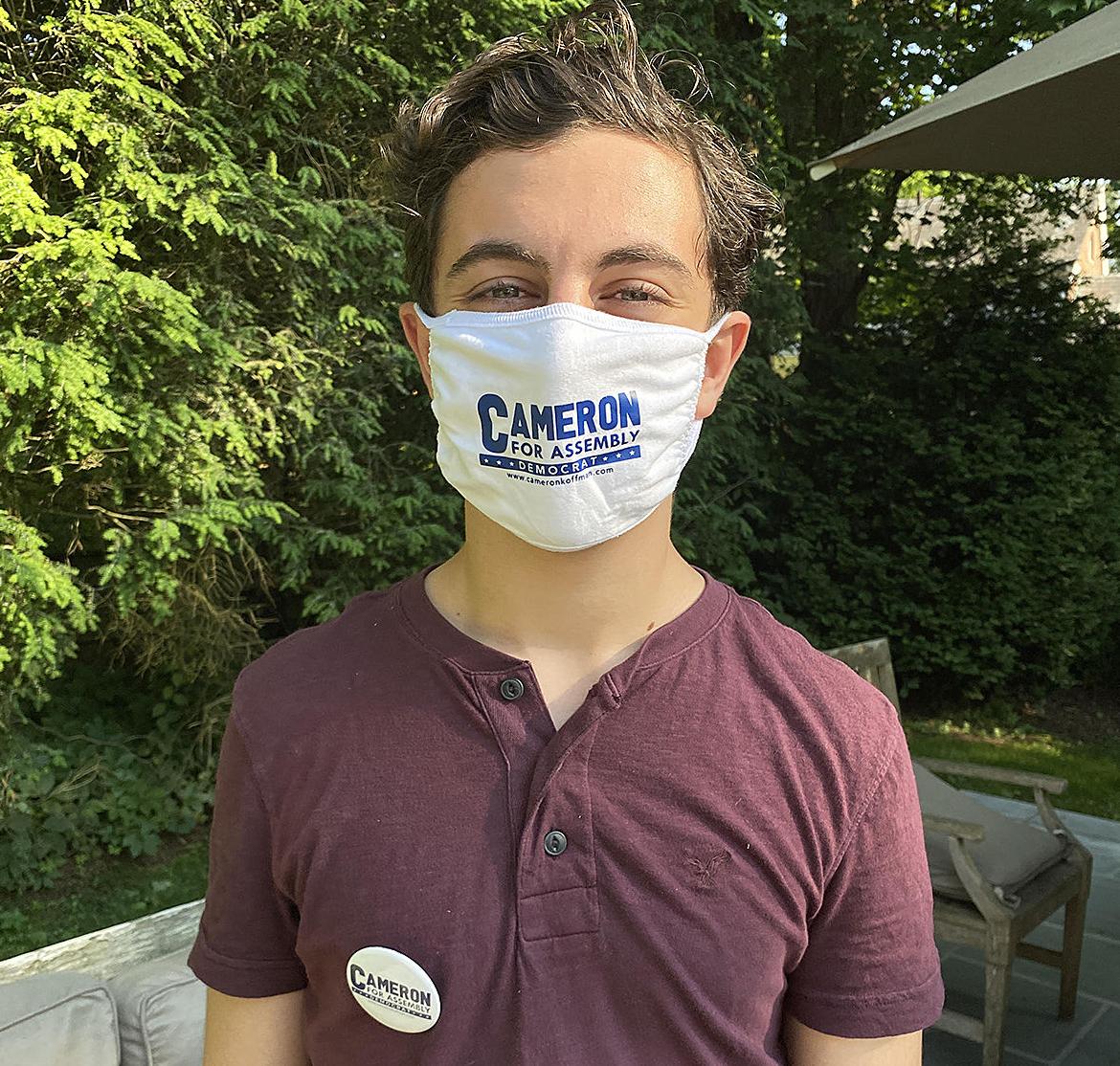 Students enrolled in Edgemont High School’s senior options program typically learn about the world at large from a variety of immersive environments. But in this COVID era, nothing so far has been typical for the class of 2020.

Under the guidance of teachers Dan Schuchat and Mike DeVito, seniors could choose to complete a creative project, an independent study, or an internship for their final semester. Progress was tracked on a daily journal and through mentor meetings before their final presentations. Students submitted their projects using PowerPoint via Google Meet, with senior advisers and several classmates tuning in.

As an intern for Magistrate Sanket Bulsara, Iris Lin worked with legal databases and created a table of contents, indexing the rulings and opinions for the Brooklyn-based federal judge, a graduate of Edgemont High School who has offered internships to Edgemont students in the past.

A timely highlight for Lin was processing Judge Bulsara’s ruling on setting bail for several demonstrators in Brooklyn protesting the killing of George Floyd, who were lawyers arrested for throwing Molotov cocktails at police. The protestors were eventually released.

Lin said she bonded with law clerks during the senior options programs but would have benefited from authentic, face-to-face social interaction with career professionals. “I think my production would have increased if I went to Brooklyn every day,” she said.

“It was a very enriching experience,” said Yaghoobzadeh. “I am more optimistic about politics. It was interesting how collaborative the campaign was.”

With original animation and a nod to those iconic Mario Brothers, senior Marya Kim created an entertaining video game sequence featuring a female protagonist taking on the evil coronavirus. Sometimes the girl wins and other times she “becomes lost and is overcome by the virus,” explained Kim, who discussed at length her research she pursued in order to depict how COVID-19 can harm, sicken and otherwise debilitate a person.

Kim displayed the code she wrote, the computer graphics she used and her character’s different “phases,” using Codecademy, Microsoft Visual Studio and Cocos2D software. Though Kim said she became frustrated while designing her game, she ultimately got through it. “I learned it’s OK to throw things out in your development,” she said.

Kelly Kong planned on building a website using the coding language, Python, but learned the hard way that creating a site requires fluency in HTML and JavaScript.

“It truly felt like learning a new language,” she said in her PowerPoint presentation. She completed small tasks like programming calculators, a simple Mad-Libs game and an economics-based multiple choice quiz.  Some obstacles included “combing out the bugs,” and headaches she experienced from “too much time glued to my computer screen.”

Kong joined several community coding forums and learned that consistency and practice are key. Eventually she programmed higher-level programs, including an interactive guessing game where the computer generates different numbers, provides clues and tracks the number of guesses.

For her illustrated book, future bio major Zornitza Peeva experimented with comic panel storytelling, hyperrealism, stylization and life-drawing as well as sketching from her imagination. She also taught herself Photoshop and experimented with different media like oil paint and watercolor, “which was far out of my colored pencil comfort zone.”

“With all the things I’ve learned,” said Peeva, “it’s plausible that I may work on creative projects like this on the side in the future.”

Schuchat said that despite some seniors having to work through their projects off-site and online, they generally benefited from their experiences, “even though some of them were not exactly what they had signed up for.”

“I think that, like the rest of the world, they learned how to manage ever-shifting expectations and experiences,” he said. “Maybe this provided a jump start for the next phase of their lives.”