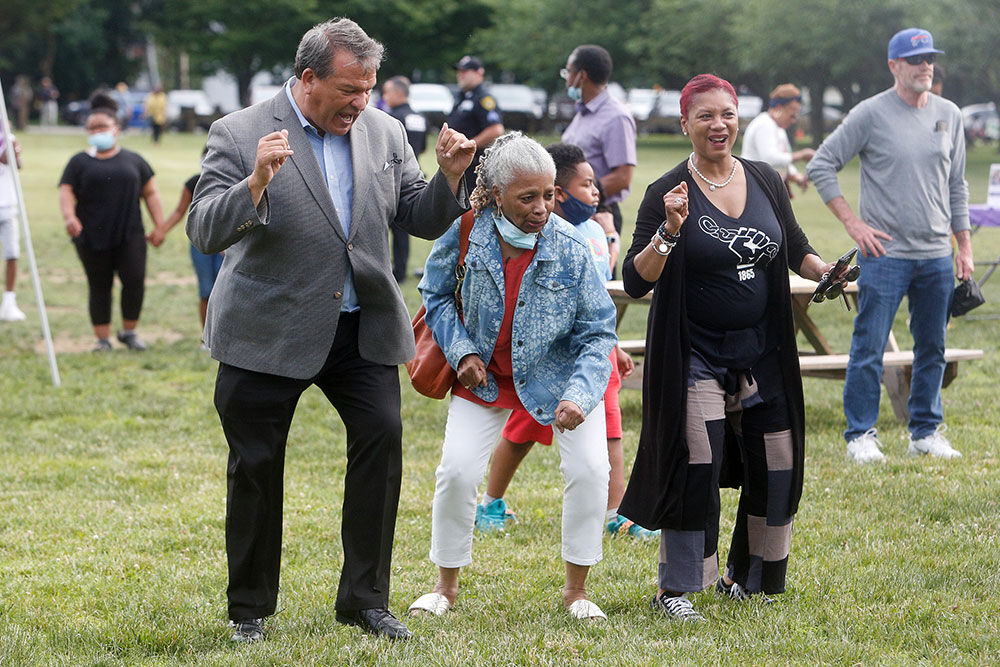 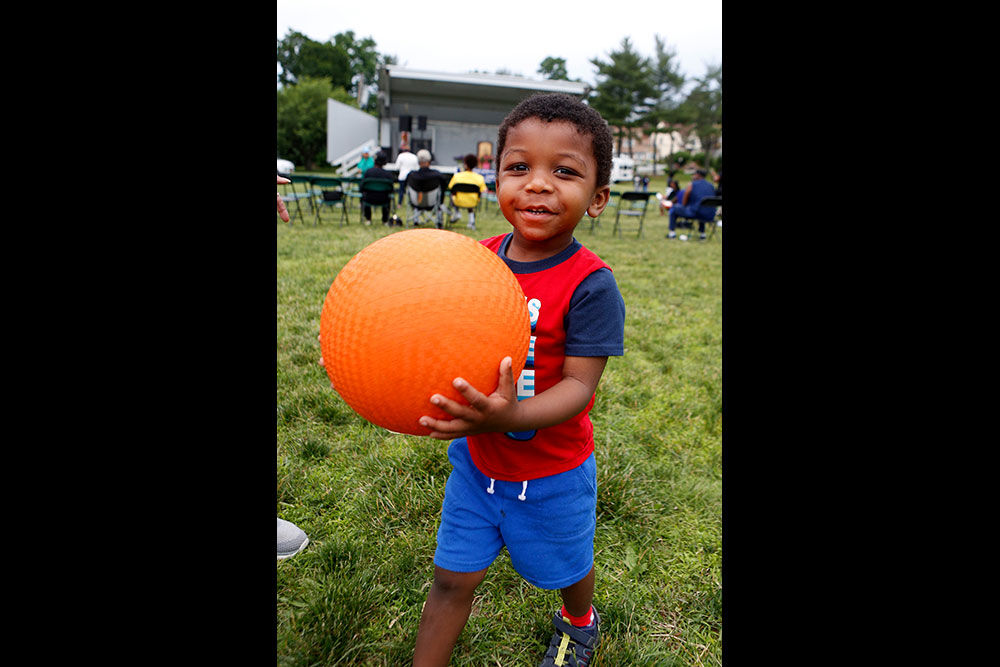 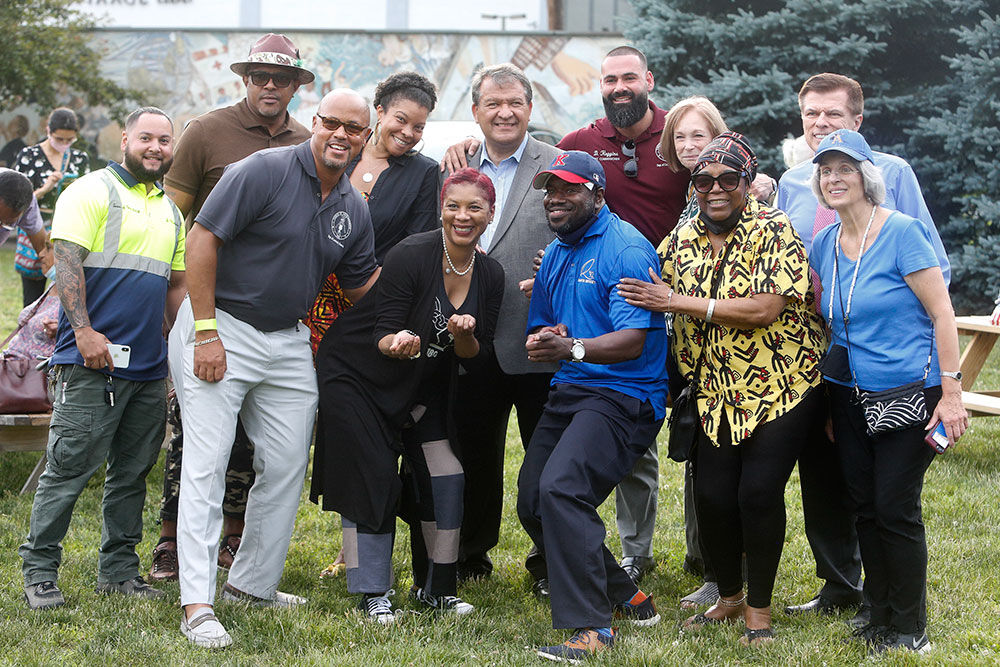 Town of Greenburgh residents and local politicians, with Gina Jackson front and center, pose for a photo as they gathered at Webb Park to celebrate Juneteenth. 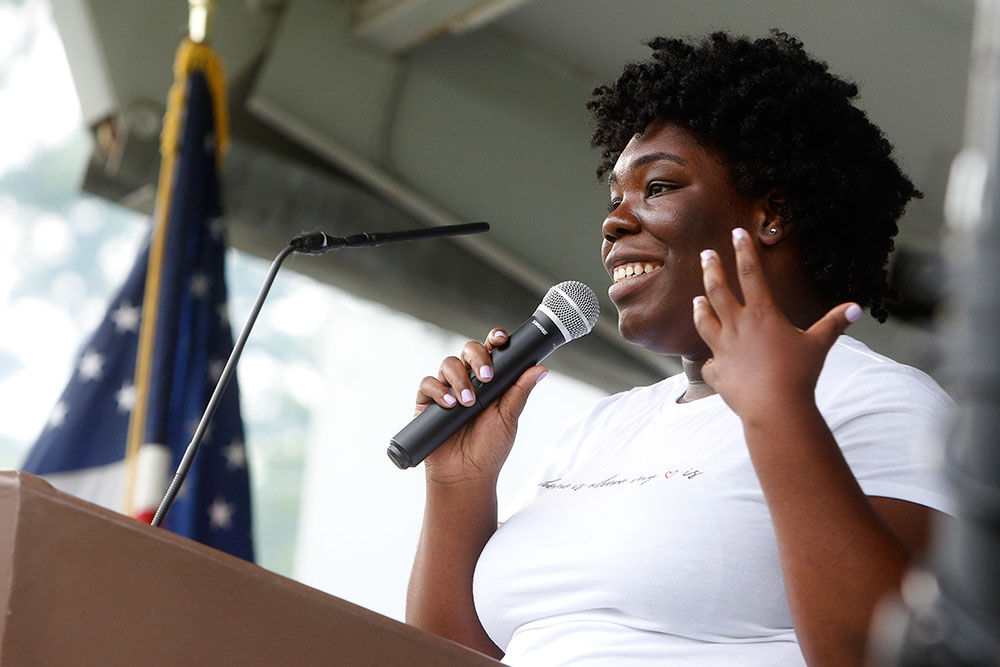 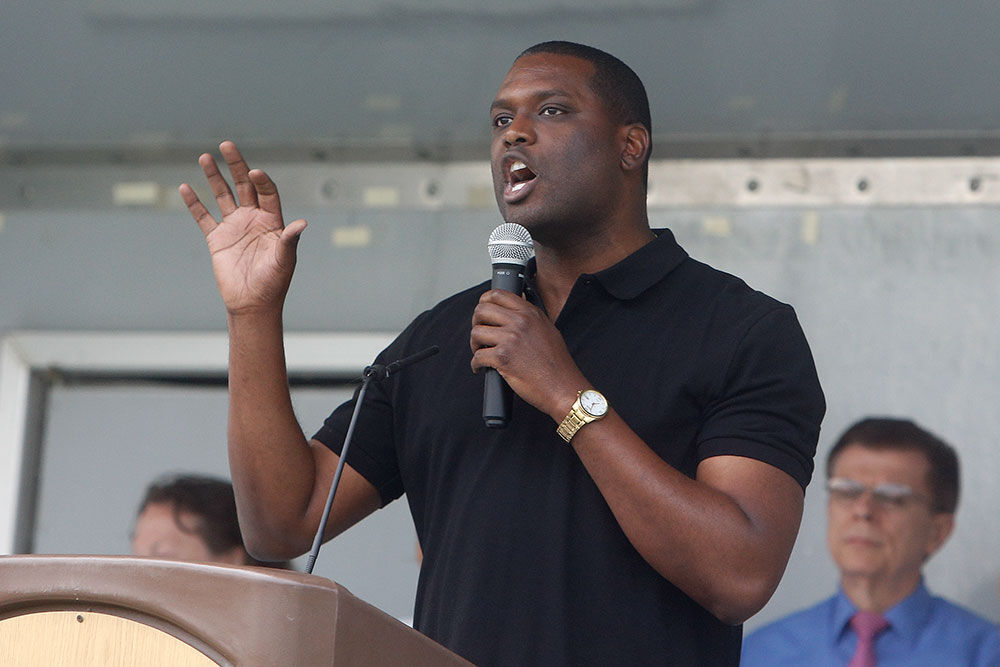 Congressman Mondaire Jones was among the speakers. 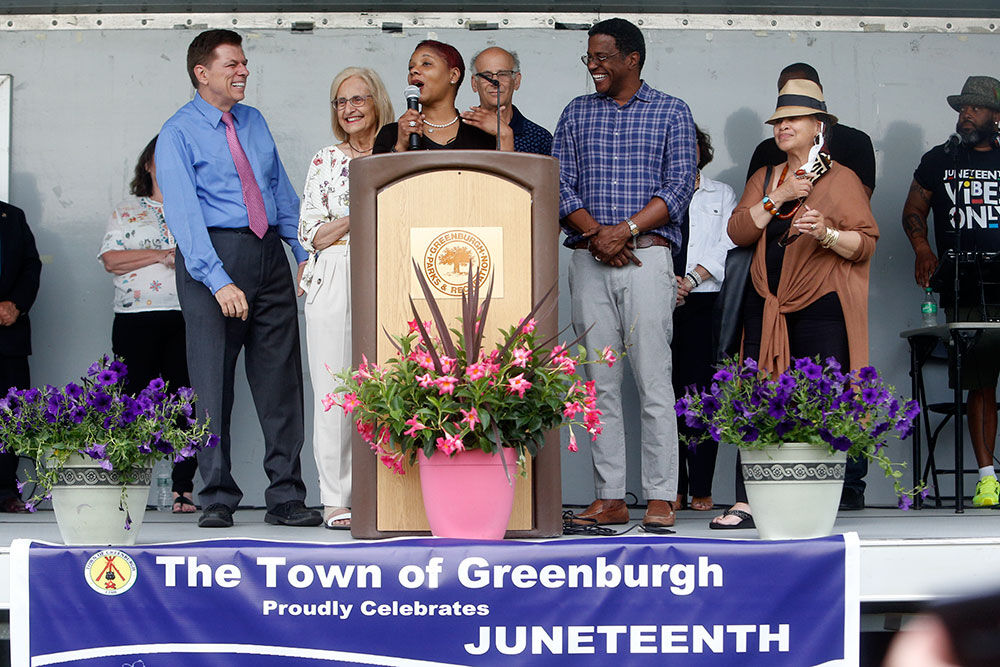 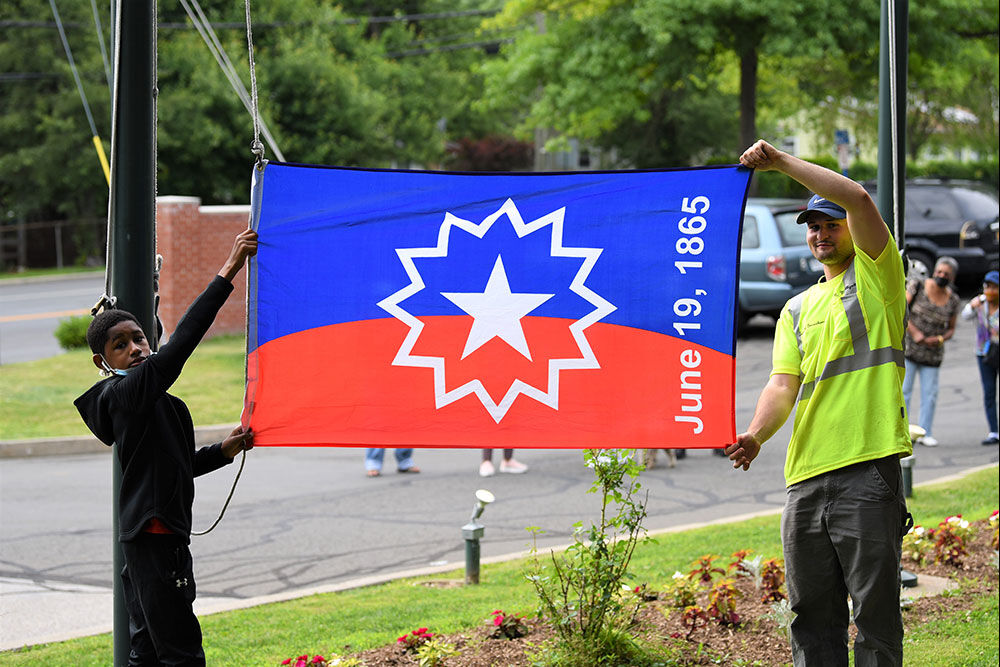 Hartsdale’s Presser Park at Webb Field was populated with chairs, picnic benches and a stage with a large Juneteenth flag draped across the base on Friday, June 18. A grill was fired up as the Greenburgh Police Department cooked hamburgers and hot dogs for the crowd. People milled about, greeting friends, settling their elders into chairs and checking on children they’d let loose on the open field. Then a deejay upped the ante, blasting music to pick up the vibe, and some people began to dance.

Juneteenth, a day to celebrate African American liberation and heritage,  commemorates the day (June 19, 1865) enslaved Africans in Galveston, Texas, were informed that they were free, nearly two and a half years after the Emancipation Proclamation had already freed them.

At the Greenburgh event on June 18, Mary Jackson sat at a picnic bench with her friend and Greenburgh resident, Juel Hodge, as the festivities got under way. Jackson was in attendance both to support her daughter, Greenburgh Councilwoman Gina Jackson, and to participate in the larger-scale local Juneteenth event.

“Last year we didn’t have this field,”  the elder Jackson explained. “There was just a parade,” she said, referencing the town’s first organized Juneteenth event, which was simply a motorcade due to the pandemic.

Gina Jackson, the main organizer of the event, explained that the idea for organizing a Juneteenth event in Greenburgh came to her through her work with the Theodore D. Young Community Center (TDYCC) in White Plains, a community resource center where various programs are run by Commissioner Terrance Jackson.

“TDYCC is always a part of the parade in White Plains,” Councilwoman Jackson said. But her vision for the event this year was more encompassing. “This was a celebration about getting out of  the pandemic and being among people, in addition to celebrating Juneteenth. I wanted this event to bring us together. To celebrate the end of slavery, but also to bring people together from all over.”

Official festivities were kicked off by Siliane Pierette, a dedicated TDYCC volunteer, who gave a brief history of the holiday before reciting a poem about what Juneteenth and its attached history means to her.

Pierette spoke of the symbolism of the Juneteenth flag, the Lone Star representing Texas, the last state of the Confederacy with institutional slavery; the burst symbolizing new beginnings; the arc representing new horizons and new promises; and the colors of the American flag — red, white and blue.

“These are our colors that we need to own,” Pierette said, despite their representing a land that “hurt, shunned and damaged.”

Pierette ended her poem by drawing the crowd into a series of callouts:

Jones described the ways in which Black Americans are still discriminated against in this country, from the disproportionate persecution of LGBTQIA Black folks, to “near daily violence” and discrimination in housing and/or lending. “For all the progress we have made ... none of us are free until all of us are free,” he said. “Juneteenth is a powerful reminder of that reality.”

New York Assemblyman Tom Abinanti acknowledged those sentiments: “We will rejoice that we’ve come so far, but we are in solidarity that we have a ways to go.”

Around 250 people from across Westchester County came to the event that evening, including Ayodele Higgs from White Plains and her young son.

“I’ve gone to previous Juneteenth events,” Higgs said. “They’re all good, but it was different back in the day. It used to be more private.”

“Now that it’s a federal holiday, things are starting to change,” explained Janice Griffith, president of the White Plains/Greenburgh NAACP chapter. “We’ve always had private events, but now we have the public support of the community.”

Griffith explained how police reform and an acknowledgement of the struggles that African Americans in the country have faced, and continue to face, are creating space for more positive and public changes to occur.

“This is a long time coming,” Griffith said. “And it’s a big start.”