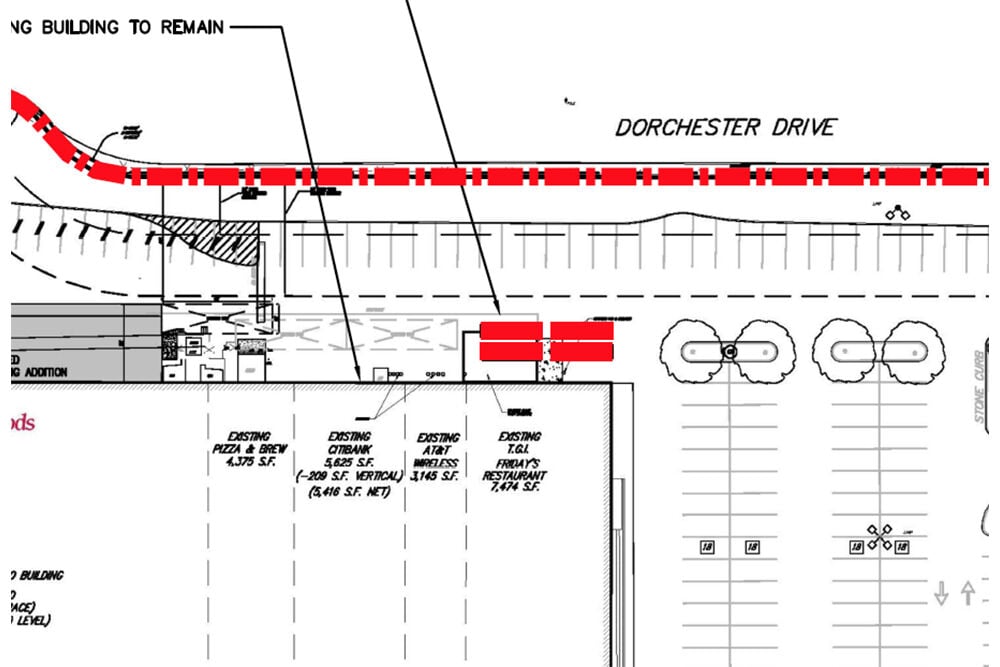 In pre-application materials, IPPsolar is proposing to build two battery storage systems in Edgemont, including one behind T.G.I. Fridays in the Greenville Shopping Center. 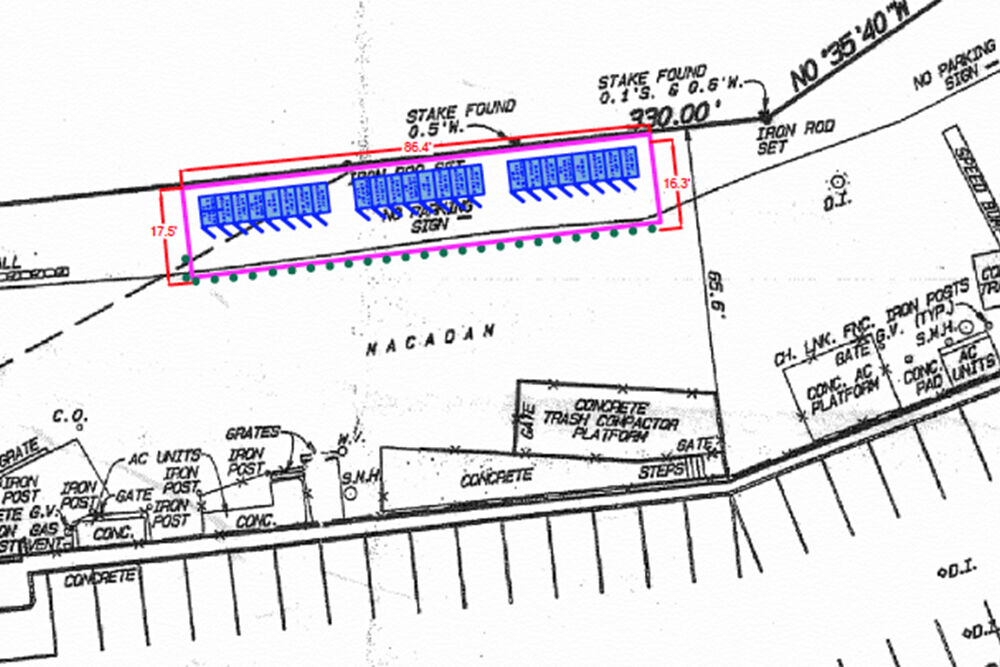 IPPsolar is proposing to build another battery storage unit behind ShopRite in the Midway Shopping Center on Central Avenue.

In an unprecedented move, members of the planning board voted 4-2 (with one abstention) to appeal building inspector Steven Fraietta’s recommendation that Eagle Energy Storage was within the parameters to seek a special permit to construct a 20-megawatt (MW) 4-hour Tesla Megapack battery storage facility on the property of the Knollwood Country Club within a residential zone.

The planning board’s appeal will now go in front of the zoning board of appeals, which could meet next month to discuss the matter.

In multiple discussions on the proposal to build the battery energy storage facility at the Knollwood Country Club, Greenburgh Town Supervisor Paul Feiner and the town board have refused to refer the matter to the zoning board of appeals, even after a slew of concerns were raised by the public, the Conservation Advisory Council and the planning board. According to state law, if the matter was to be referred to the zoning board of appeals, it needed to be appealed by a Jan. 11 deadline.

In its official recommendation, the planning board encouraged the town board to hire an outside expert to provide additional insight before making a final determination and to enact new special permit legislation for battery storage, solar and wind farm uses.

Planning board chairman Walter Simon called on the town board to challenge the building inspector’s decision, but the town board chose not to take action.

Feiner has maintained that it wasn’t the sole responsibility of the town board to appeal the matter and that any aggrieved person could file an appeal. During a work session on Dec. 22, Councilman Francis Sheehan and Feiner both expressed concern about the town board appealing the decision, as it could violate the town’s Code of Ethics, which states that no member of the town board can participate as an advocate before the planning board or zoning board of appeals for or against any application.

Bob Bernstein, the former president of the Edgemont Community Council, said the Code of Ethics didn’t apply to the town board’s appeal capacity as the building inspector’s recommendation was not an application and their appeal wouldn’t be advocating for or against the application.

Feiner told the Inquirer he still believed the Code of Ethics immobilized the town board from filing an appeal and that any appeal would most likely result in a longer delay, which could dissuade the applicant from building the battery storage facility and put the Knollwood Country Club under further economic stress.

In a previous article in the Inquirer [“Battery storage application worries residents,” Dec. 18] Richard Bosco, president of Knollwood Country Club, said although the club had a little more than half of its active membership than 35 years ago, it planned to stay open into the foreseeable future and was willing to provide the town with any financial information to prove its financial stability.

Many planning board members showed concern about setting a dangerous precedent in appealing the building inspector’s decision. Board member Thomas Hay, who was initially apprehensive about appealing the decision and shared his concern that the board was being pressured by outside parties to challenge the opinion, became the deciding vote to appeal the decision, after hearing Schwartz’s justification.

“Nobody, as far as I know, is against this technology. Everybody wants there to be a new law that will be enacted, that will be applicable to everybody that balances all the interests,” said Bernstein. “The fundamental problem is doing it ad hoc.”

Simon and Schwartz have also recommended putting a moratorium on the construction of battery storage facilities so the town could take their time in drawing up a proper code.

Feiner told the Inquirer that a moratorium was still on the table and that he supported it, even after Town Attorney Tim Lewis said during a Dec. 22 work session that there could be potential legal issues with instituting one. He said he planned to speak with the board about it further in executive session.

Sheehan said he didn’t support a moratorium and said it would add an “extra burden.”

“I’ve always taken the position that in order to have a moratorium you have to have a plan to come out of that moratorium. It has to be well thought out and by the time you do that you will probably have a local law in place,” he said.

Councilman Ken Jones said he supported a moratorium as long as it was legal, Councilwoman Gina Jackson said she needed to do more research before making a decision and Councilwoman Diana Juettner said she was interested in looking at the moratorium issue further.

The town is also looking at a model law drafted by the New York State Energy Research and Development Authority (NYSERDA), which regulates the installation, operation, maintenance and decommissioning of battery energy storage systems. Feiner said whether the town board supports or doesn’t support a moratorium, they all want to work on legislation that deals with this new emerging technology.

“We have absolutely no problem with the technology as such,” said Simon. “The biggest problem we have [is] that we do not have the appropriate codes in place to regulate it properly so the town can be assured that they’re moving through this technology … with common sense.”

Maziar Dalaeli, the co-founder of IPPsolar, told the Inquirer his company wants to couple Tesla battery storage with solar panels to provide clean energy to nearby residents and the Greenville and Midway shopping centers.

Unlike the proposal from Eagle Energy, Dalaeli said his company doesn’t sell energy to Con Edison and that electricity will be sold directly to customers, both residential and commercial.

The batteries would be built in the Central Avenue mixed use impact district, which allows for office, commercial, residential and public uses.

Garrett Duquesne, the commissioner of the department of community development and conservation, said he had met with the potential applicants as well as other town staff and Greenville Fire Chief Gus Spedaliere at the site. He proposed that the applicant meet with the town board during a work session.

“There’s a lot of sensitivity to this use. It’s a use that’s an emerging technology,” Duquesne said, adding he didn’t anticipate the public’s safety concerns coming forward during the Knollwood Country Club application. “In light of … those types of concerns coming out I want to respect that. We don’t want to rush here.”

Bernstein shared concerns that the Central Avenue mixed-use district didn’t allow for a battery storage unit to be installed. According to pre-application materials, IPPsolar said its battery facilities would be a 10-foot distance from the back of the buildings in the shopping centers, which would qualify as a “building accessory.”

“The fact that communities across the state are having concerns is not surprising [and] is not unreasonable,” said Dalaeli. “I think there is a fair amount of exaggeration in the safety risks.”