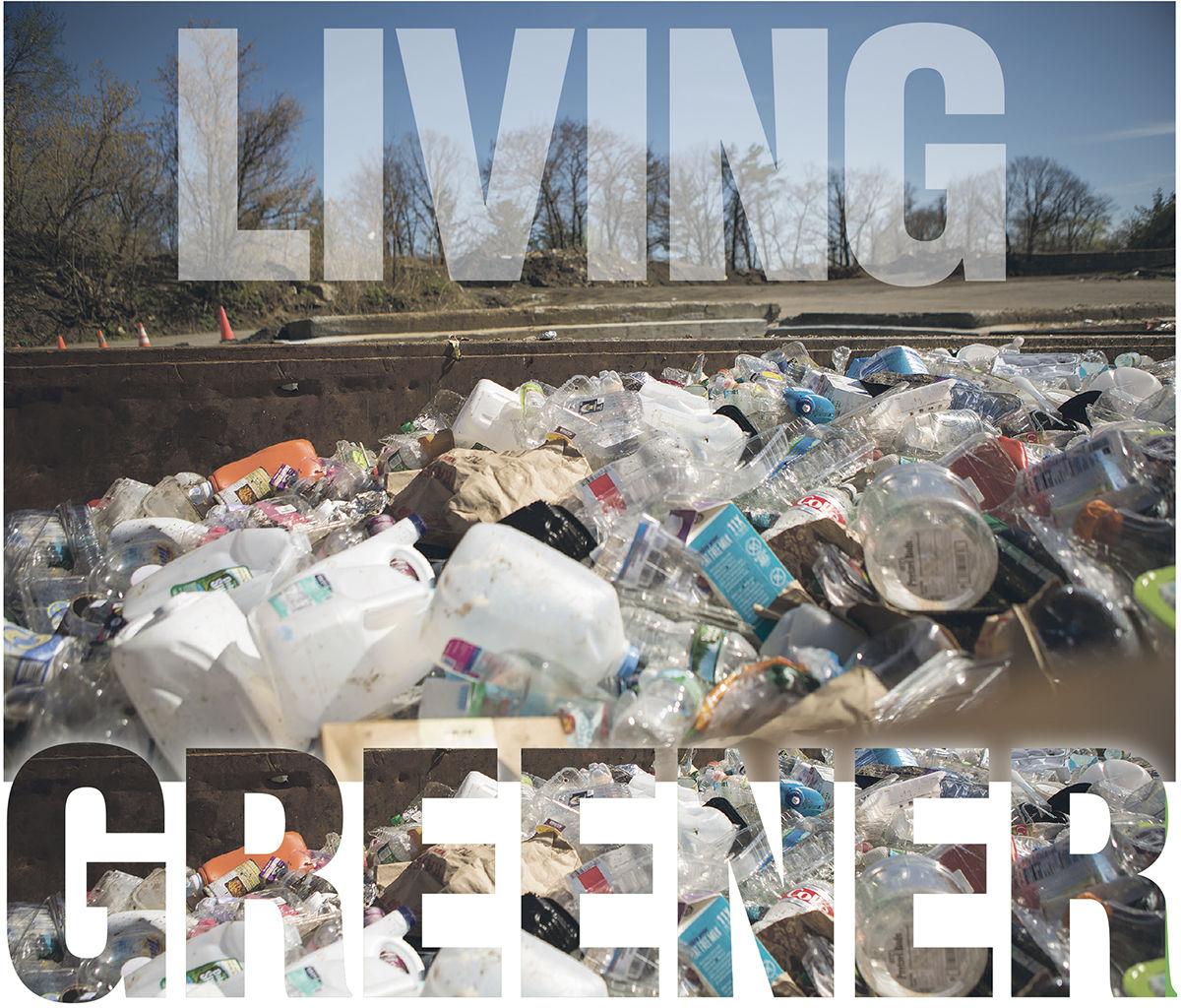 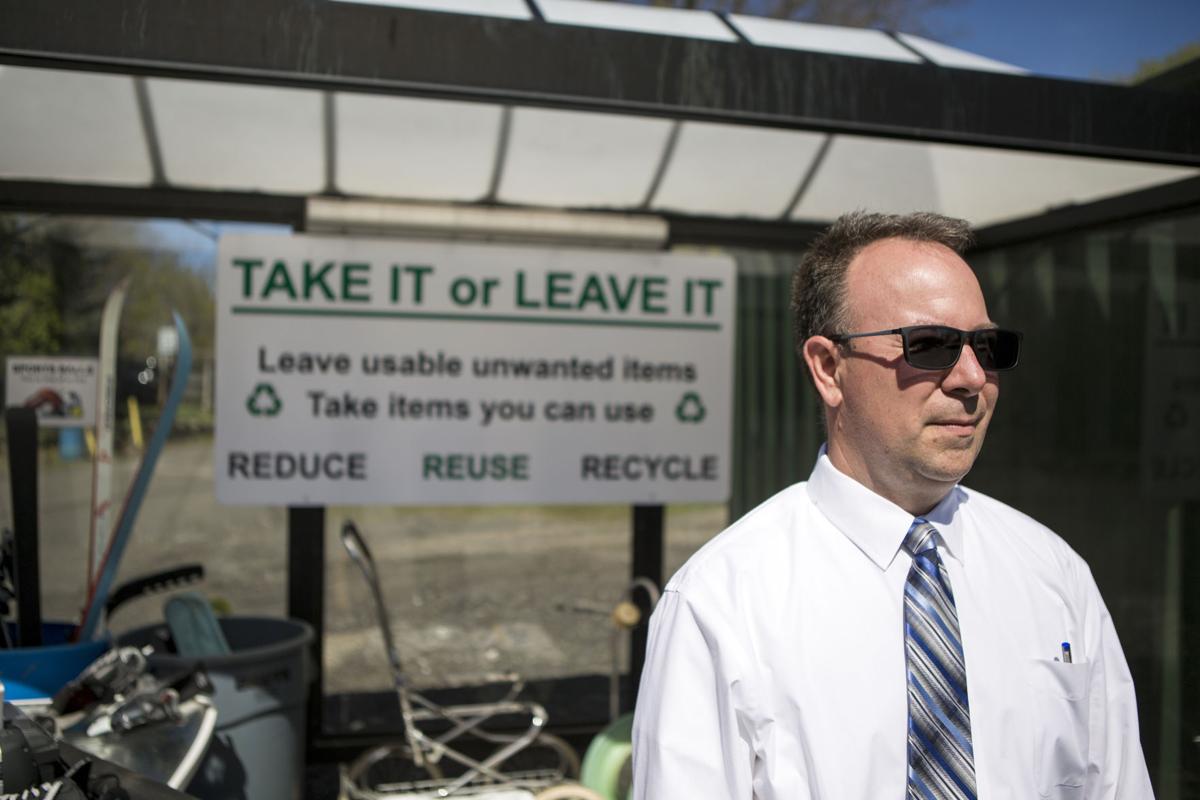 Jeffrey Coleman has been Scarsdale’s Superintendent of Public Works for only four months, but has had years of experience in the town of Cortlandt and New Rochelle. 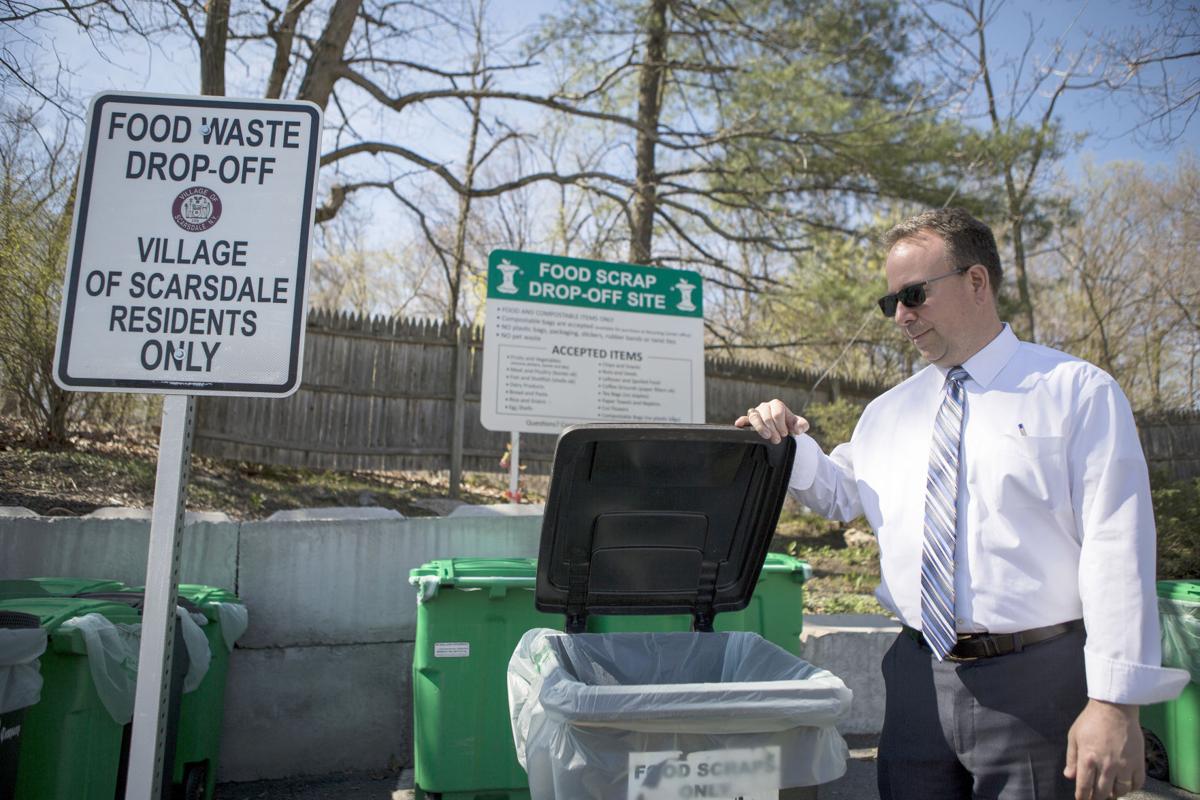 Jeffrey Coleman opens one of the many composting bins for residents to drop off their food scraps at the Scarsdale Recycling Facility on Secor Road. 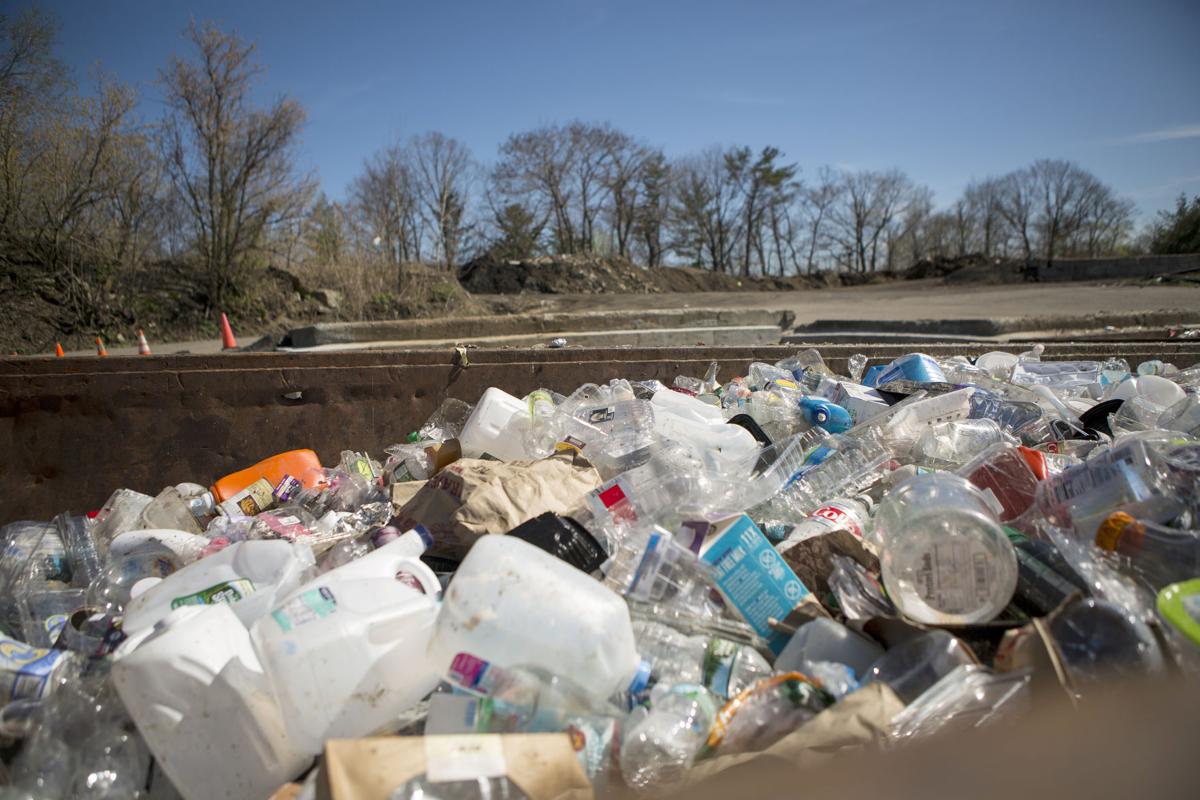 Jeffrey Coleman stepped out of a small office at the Scarsdale recycling facility. The sky was completely clear of clouds and the sun reflected brightly off of his white shirt and striped blue tie. Coleman had only been the superintendent of public works in Scarsdale for four months, but he had chalked up plenty of experience elsewhere, doing the same job in the town of Cortlandt for eight years and New Rochelle for 10.

“Food scrapping is great, it’s unique,” said Coleman as his eyes swept over to the green and black bins by the small office at the facility. “We have almost 1,200 households that do it and it’s amazing for a fully volunteer program.”

On Mondays and Tuesdays the Scarsdale sanitation department picks up all curbside food waste and the scraps eventually end up in a composting facility in Ulster County. The program was started in 2018, championed by Scarsdale residents Michelle Sterling and Ron Schulhof from the ad hoc Conservation Advisory Council. The Scarsdale Board of Trustees voted unanimously to approve the program in March of last year.

“That’s not a county program,” said Coleman about the food scrapping program. “That’s a program that’s been specifically developed for Scarsdale.”

With help from passionate residents, sustainability is becoming more of a priority for state, county, and local government officials, who are prioritizing and championing environmental causes for the future betterment of Scarsdale and other municipalities.

At the state level, sustainability and environmental protection is being prioritized. Two initiatives recently passed in the 2019-20 state budget. One initiative, which goes into effect in 2022, will require businesses that generate 2 tons or more of food scraps per week to separate food for donation. If the business is within 25 miles of an organics recycler, the business will also have to make arrangements for scraps that are not deemed edible to be recycled.

“Ron and Michelle, who are leaders in the community that we live in, had an impact on that legislation,” said Amy Paulin, the New York Assemblywoman for District 88 who lives in Scarsdale. “Local community advocates have shown us there is a better way to reduce waste, reuse food scraps to a greater extent, and recycle through composting.”

The state also passed an initiative within the budget which bans plastic bags beginning in March 2020, the second statewide ban in the country.

Previously, the state passed multiple sustainability-focused bills. From initiatives to incentivize the purchasing of electric cars and renewable wind and solar energy storage capabilities, to encouraging and incentivizing offshore wind production, the state is looking at ways to create a renewable electric grid that produces clean energy.

“This governor has really been excellent about wanting to make us go toward a much better blueprint as far as the grid goes,” said Paulin who also previously chaired the Assembly Committee on Energy. “I think what you’re going to see, by the end of session, is essentially a clean energy bill.”

The New York State Assembly is working with environmentalists to pass a major sustainability bill that will set goals and standards to make an adoption of a renewable electric grid quicker, according to Paulin.

At a county level, sustainability is on track to be a priority once again. Previously, county employee cuts, lack of funding and philosophical differences saw sustainability initiatives fall by the wayside.

“We kind of slowed down under the previous administration,” said Robert Doscher, the district manager for the Soil and Water Conservation District and principal environmental planner for the Westchester County Department of Planning. “I guess it was a philosophical issue, I mean there was support for these types of projects but monetarily there just wasn’t the financial assistance that we needed.”

Doscher, who has worked at the county for 26 years, oversees the aquatic habitat program. The program, which started in 1998 and was initially funded with the help of earmarks from Nita Lowey, focused on wetland restoration, stream and bank restoration and stabilization, meadow restoration and dune creation. So far the program has completed more than 40 projects in the Long Island Sound and Bronx River watershed.

“The past 10 years we’ve focused a lot on the Bronx River,” said Doscher. “The county did provide funding to the Village [of Scarsdale] for natural resources and flood mitigation projects on Fox Meadow Brook.”

Right now, Doscher’s biggest project is focused at Croton Point Park on the Hudson where the county is restoring more than 100 acres of grassland that is critically important to birds.

“I can’t say that many New York State counties are doing — certainly not this depth and breadth — of projects,” Doscher said. “As far as comparing [our county government] to other county governments I’d say we’re fairly unique.”

In 2017 China, one of the largest importers of recyclable material, enacted a ban on the import of certain contaminated recyclables. Because of these import restrictions, municipalities across the country have halted their recycling programs. Because Westchester County uses a dual-stream recycling program, which produces cleaner recyclables than single-stream which can sometimes lead to contamination, residents are not as affected by this restriction.

“Westchester residents can rest assured, while other programs may be shuttering, we are working hard to keep ours thriving,” said Peter McCartt, the director of Energy and Sustainability for Westchester County.

At a Scarsdale Village level, sustainability has been an important point of reference for not only residents, but for the village government as well.

Mayor Marc Samwick, who was sworn in April 1, is looking to expand on the successes of past projects, including the village’s award-winning food scrap recycling program.

“Going forward with food scraps, as we’re approaching the one year anniversary of the rollout of weekly pickup, we look forward to evaluating the program metrics and seeing how it’s doing,” Samwick said. “I really want to look at what is working, what isn’t working and what can we do to make sure it’s running as well as it can be.”

Samwick is also focused on the expanding installation of smart water meters, which will help the village migrate toward monthly e-billing, in hopes of getting residents to curb their water usage.

“I think all of this and the awareness certainly will encourage water saving on the part of residents,” Samwick said.

The mayor has also had some preliminary discussions about asking the CAC to investigate water saving measures that could be shared with the community, such as low flow faucets and toilets or sprinkler add-ons to inspire residents to reduce water usage.

Samwick also plans on looking at what village land is currently not being treated organically and the feasibility of using organic methods on that land. Samwick could not comment on banning pesticide use for private households.

“It’s exciting to see a lot of this evolution and more of a focus on sustainability and to be a part of it,” Samwick said. “I think the community’s doing a great job with it. The community cares a lot about it and it’s really encouraging.”

Coleman stood far enough back so he could see the array of stations at the recycling center, all designated for specific types of recyclable materials.

“We have a bin to recycle metals, any type of metals, we have a container for e-waste — electronic waste is recyclable through a county program,” said Coleman as he began pointing from right to left at each area. “This section over here is our tipping area, so today we picked up commingled and paper from half of the village.” Coleman pointed out four blue containers filled to the brim with recyclables, which would eventually end up at the Westchester Recycling Facility in Yonkers.

“That’s the bulk of our recycling program,” Coleman said. “But a lot of it happens right here, which is kind of a neat thing.”