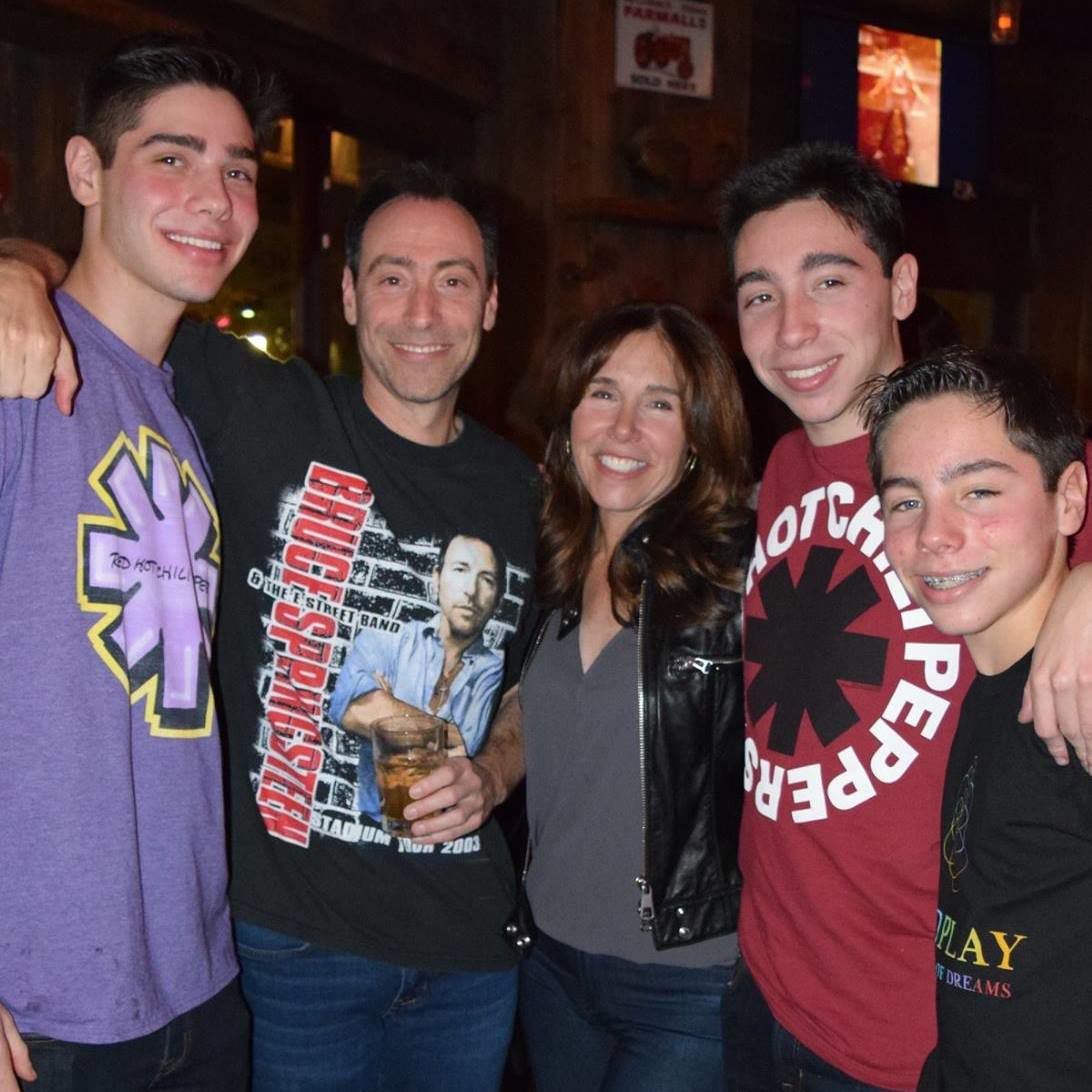 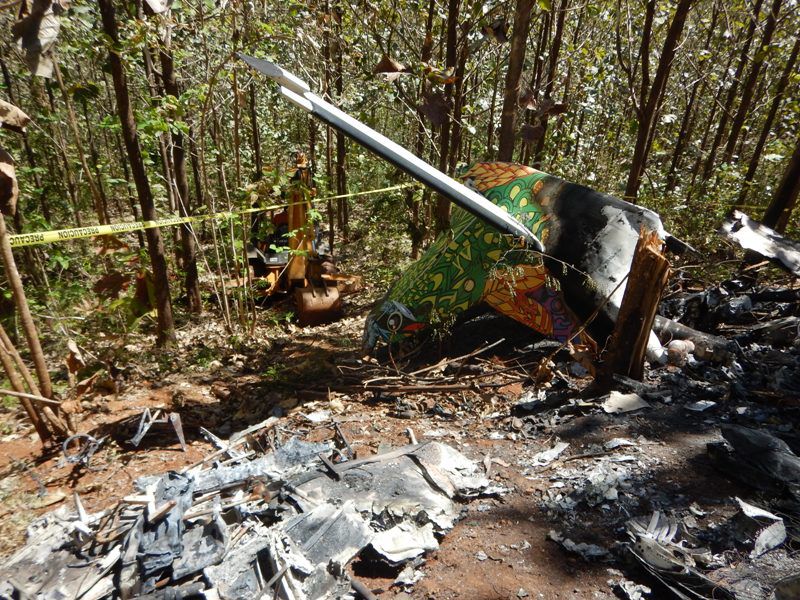 The NTSB released this photo with its final report. 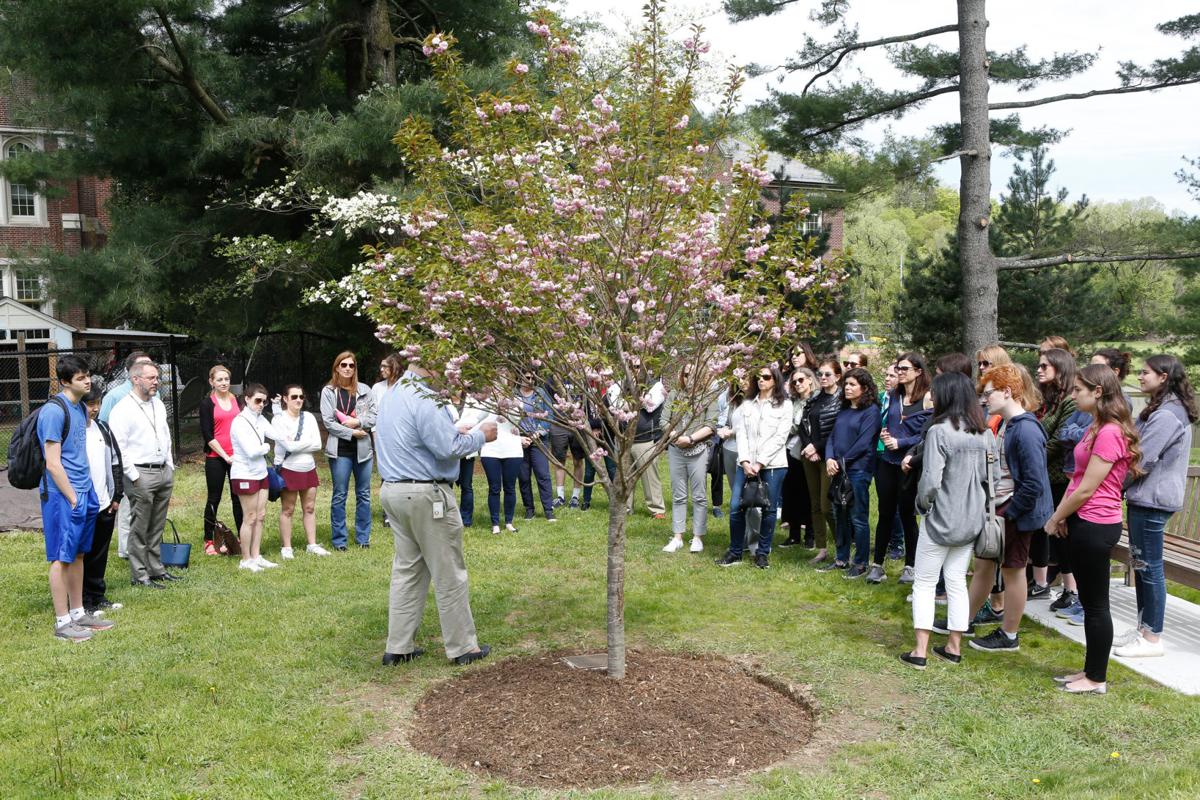 Members of the community gathered May 8 to dedicate a cherry tree planted on the grounds of Scarsdale High School in memory of the Steinberg family.

In a final report released Dec. 16 by the National Transportation Safety Board (NTSB), a 2017 airplane crash in Costa Rica, which led to the deaths of Scarsdale’s Steinberg family, as well as five other passengers and two crew members, was caused by a number of factors including the flight crew’s failure at maintaining the plane’s airspeed while maneuvering through rising terrain, the flight crew’s decision to continue takeoff toward rising terrain, which exceeded the plane’s climb capability, the lack of adequate weather reporting available for wind determination and the lack of documented crew member training for an airport requiring a nonstandard departure.

The airplane, a 2001 Cessna 208B — which was owned and operated by Nature Air — was the second of two flights leaving runway 3 on Dec. 31, 2017 from the privately owned, nontower-controlled Islita Airport near the town of Corozalito, Costa Rica.

Both planes were transporting hotel guests from the Islita Airport to the Juan Santamaria International Airport in San Jose, Costa Rica.

The first airplane, which safely landed at Juan Santamaria International Airport, left runway 3 from Islita Airport and made a right turn to the east to continue onto San Jose. Fifteen minutes later, the second airplane, which was carrying Bruce and Irene Steinberg and their sons Matthew, William and Zachary, did not make the same right turn as the first airplane and instead continued north on the runway’s heading. In a ground-based surveillance system, the airplane was seen climbing north and then turning left. The airplane’s bank angle steepened while turning, until it began to descend and eventually crashed northwest of the valley at 9:56 a.m.

According to the NTSB report, it was likely that after entering the valley ahead of the runway, with rising terrain and peaks that likely exceeded the climb capability of the airplane, the crew attempted to execute a left turn to exit the valley toward lower terrain. During the steep turn, the pilots failed to maintain adequate airspeed and exceeded the airplane’s critical angle of attack, which resulted in the airplane stalling and crashing approximately 0.4 miles from the end of runway 3.

A witness who saw the accident told the NTSB that he had spoken with the pilots of both airplanes before takeoff and that they both acknowledged they needed to use the eastern pass in order to clear terrain when departing from runway 3.

The 52-year-old pilot had accumulated 14,508 hours in total flight time, with 11,587 hours in the Cessna 208B. According to his résumé, the pilot had extensive experience and held captain and first officer positions for various operators between 1998 and 2017. From 1998 to 2005, the pilot was employed by SANSA airlines, piloting Cessna 208B airplanes. He then took a job at Nature Air for a year in 2006 in both captain and first officer positions, and left in January 2007 to return to his previous job at SANSA airlines, before returning to Nature Air in 2017.

The first officer, a 26-year-old woman, was appropriately rated, but had little experience in the accident airplane. The woman held a Costa Rican commercial pilot’s certificate and began her position as a first officer on Cessna 208B airplanes for Nature Air beginning in 2017. She had accumulated 453 hours in total flight time, including 370 hours in single-engine airplanes and 83 hours in multi-engine airplanes.

The accident was initially under the jurisdiction of the Costa Rican government, but in May 2018, a chief Costa Rican investigator requested the NTSB to review the accident. According to the NTSB, the airplane was removed from the site before the federal agency’s arrival and was examined in a hangar. The NTSB called the airplane “severely fragmented and burned.”

Complete autopsy reports weren’t made available to the NTSB, but summary findings listed “traumatic injuries” as the cause of death for all 12 occupants.

According to the report, a limited set of medical information of the pilot was reviewed, which included three visits for psychiatric evaluation in November and December 2011, where the pilot was diagnosed with Type I bipolar disease and attention deficit disorder with memory problems and began treatment with Seroquel — a sedating antipsychotic and antidepressant medication. One page was provided describing events in the pilot’s childhood and young adult life, but other than a bill for further visits to the same hospital, there was no information about diagnosis confirmation or treatment effectiveness.

According to the report, the pilot’s first U.S. aviation medical certificate was issued in 1997 and, throughout all the years of his career, the pilot reported no visits to health care providers, no use of medications and no medical conditions.

According to the Costa Rican aviation medical records, during a routine medical evaluation in May 2014, the pilot reported using Lexapro — an antidepressant medication. The aviation medical examiner made no particular note of the finding and did not describe the pilot’s mental state or reason for using the medication. The pilot was issued a medical certificate without limitations.

Over the more recent years, the same aviation medical examiner performed both the U.S. and Costa Rican exams.

According to the NTSB report, the damage was localized and the controllability of the airplane would not have been adversely affected.