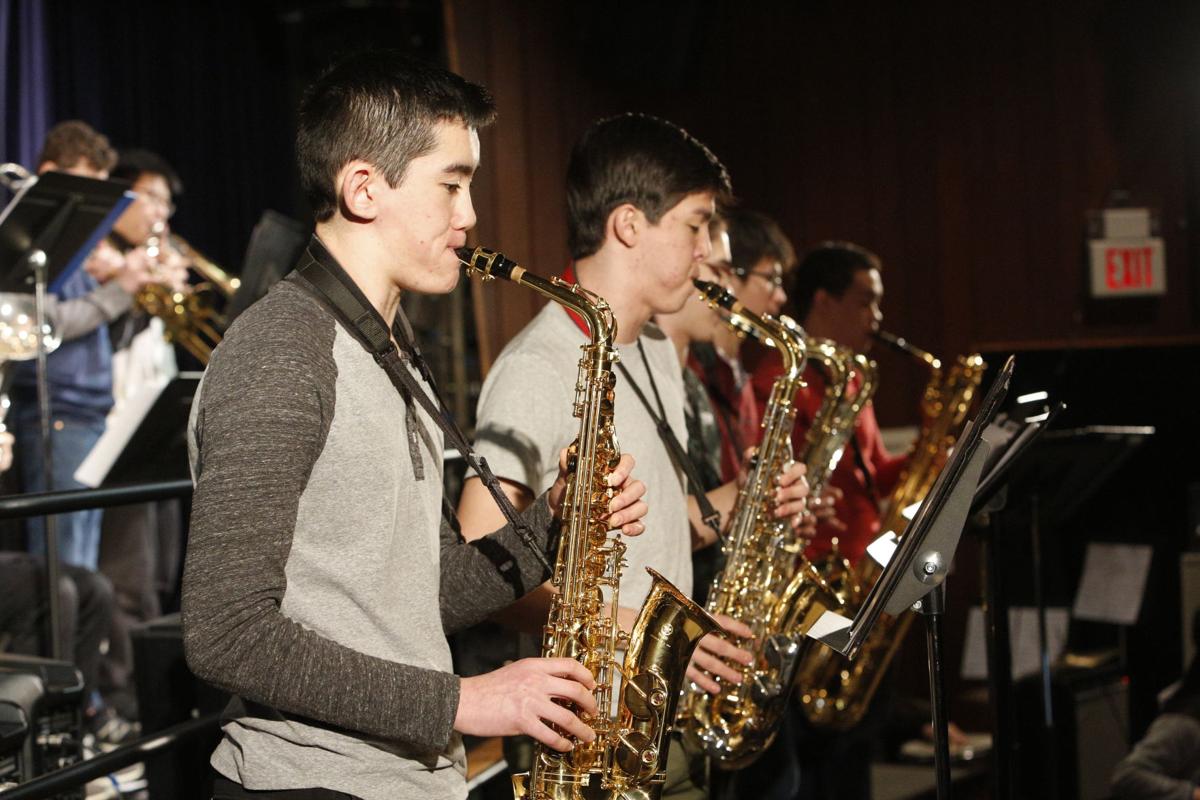 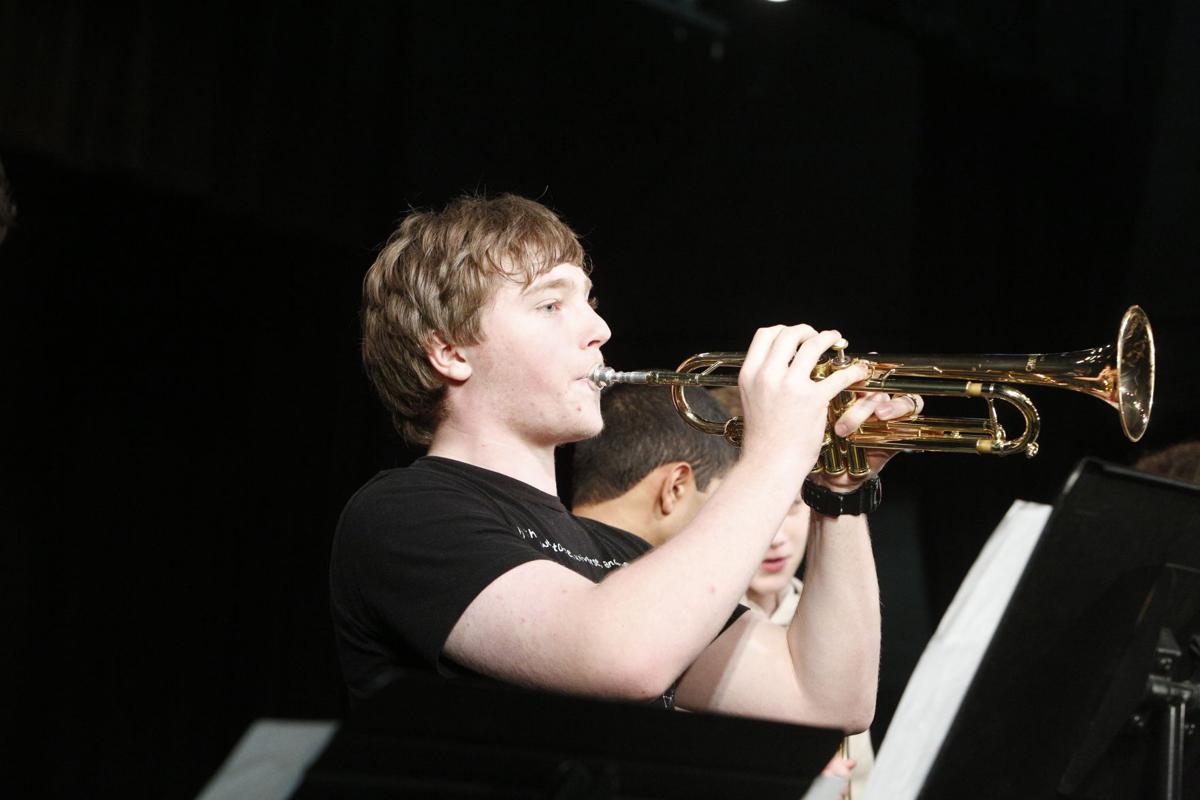 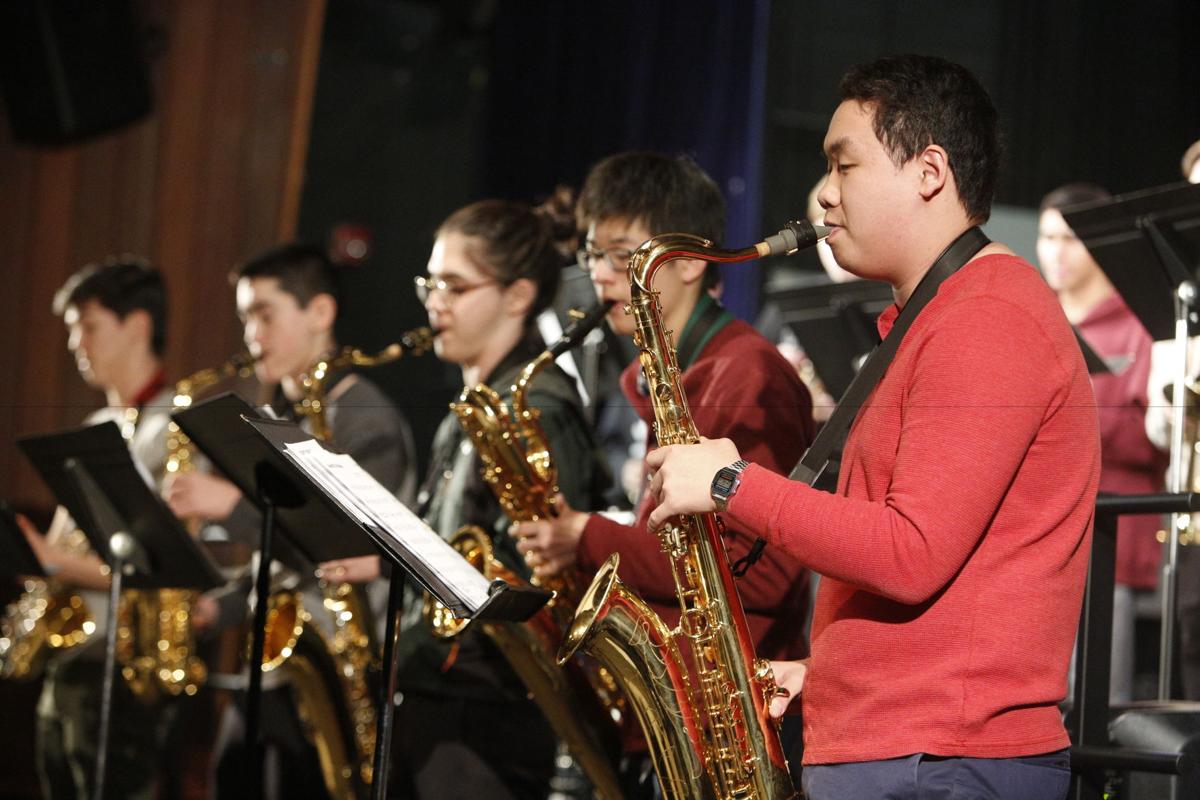 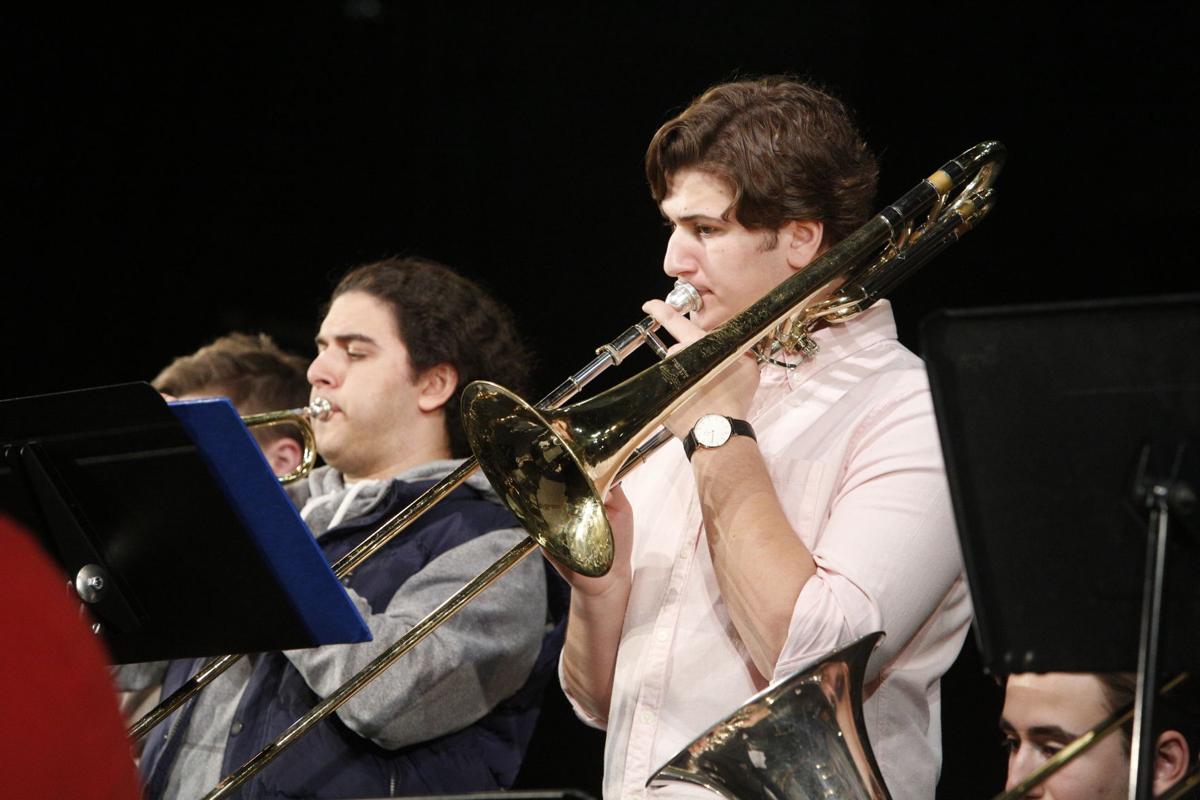 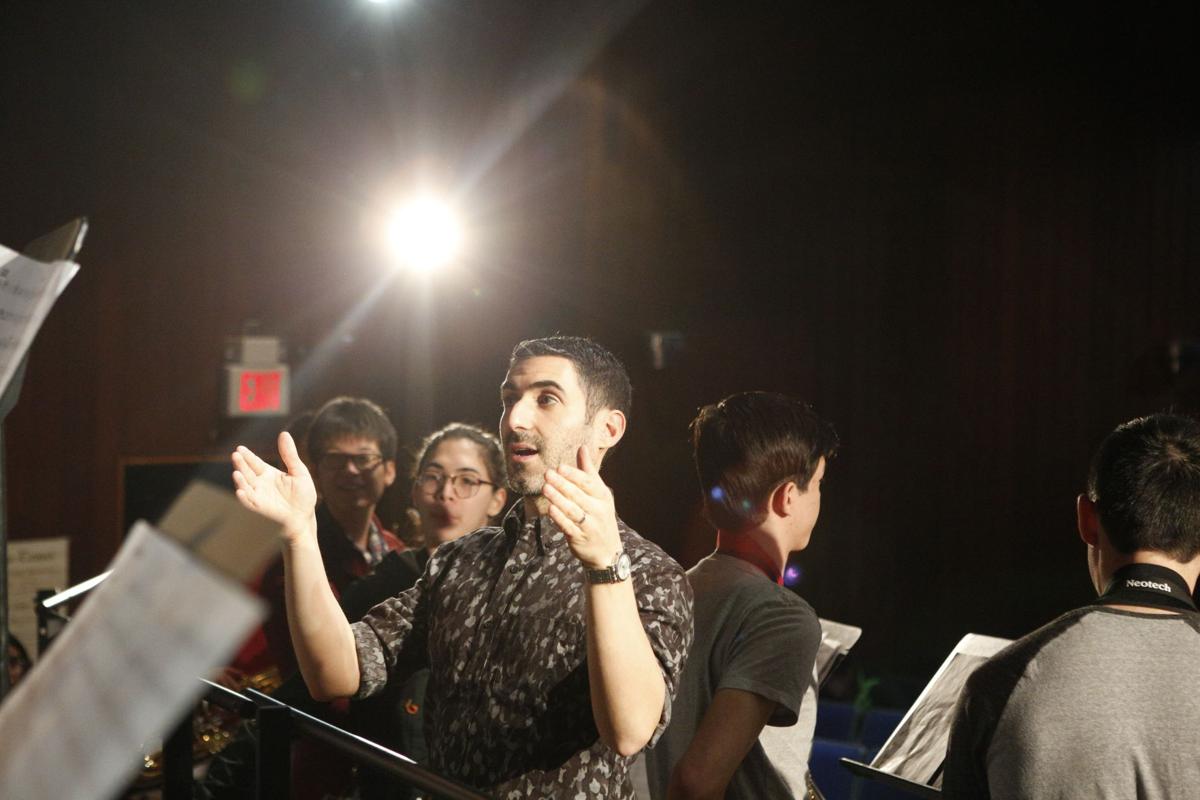 Seventeen-year-old trumpeter Aiden Griffith said the pace is tough. “If you have a tongue twister and say it as fast as you can, and then triple that, that’s what it feels like.”

The 20-piece Edgemont HS jazz ensemble will tackle the piece, along with two more compositions, at Berklee High School Jazz Festival, which kicks off Jan. 26 at Hynes Convention Center in Boston.

This is the band’s sixth visit to the annual festival, which features big bands, combos and vocal jazz ensembles. Students will represent Edgemont in all three categories, which are further divided according to size.

In that respect, “We’ve hopped around a lot because we seem to be flirting with the line between the L4 or L5,” said Catoliato, who doubles as band director for grades seven through 12 and fine/performing arts teacher for grades K through 12. Catoliato has worked at the school for 11 years, and in the Edgemont district for 14.

The category doesn’t affect Catoliato’s approach. “I don’t have a strategy,” he said. “We’re just going to go in and do the best we can.”

The Edgemont vocal jazz ensemble has won first in its category five years running. The Edgemont jazz ensemble — which includes saxophones, trumpets, trombones and a rhythm section (piano, bass, drums and guitar) — placed third in the Berklee competition two years ago. Last year, they came in fifth by one point, “which was disappointing because fourth gets an honorable mention,” Catoliato said.

Yet he and the students are lax about the competitive aspect of the festival, in part because the group meets once per week for an hourly practice, whereas other schools have jazz band built into the curriculum. “Personally, I can’t get into the psychology of competition because I just have to be focused on the music and getting the best out of the kids,” Catoliato said. “I don’t stalk the other groups ... [That’s] just going to psyche us out.”

Edgemont junior and trumpeter Jordan Bench agreed he finds the festival more enjoyable than stressful. “You don’t even realize it’s a competition until you’re done playing,” he said, “because you’re just focused on trying to show, ‘Look what we can do.’”

Edgemont junior and trombonist Jake Smajlaj added he always plays his best, and Griffith said if anything, the competition “totally incentivizes.”

Bench, Smajlaj and Griffith are all featured soloists on the ensemble’s opening number “Armando’s Rhumba,” the universally hardest piece, and often the favorite.

“It’s really, really hard for the trombone because you have to move [the instrument] around a lot,” 16-year-old Smajlaj said, explaining trombonists must physically move slides as opposed to sliding fingers over keys. “It’s a lot of notes ... But it’s so fun.”

The ensemble will also play “Angel Eyes” by Matt Dennis and Earl Brent and “Sister Sadie” by Horace Silver. “We always try to balance it with something big to start,” Catoliato said. “Then something to show off the sensitivity and flexibility of the band in the middle ... and something fun and energetic to close.”

The 17-year-old has played at Berklee several times and said each experience offers something new. “Our musical abilities develop as the years go by,” Fang said. “It’s different even if nothing’s changed about the festival itself, because we’ve changed.”

Surprisingly, hardly any students The Inquirer spoke to said they most enjoyed being on stage. One highlighted Saturday’s traditional group dinner as his favorite part; several favored watching the competition’s hottest performers. (“There’s a band from Puerto Rico that is outrageous,” Catoliato said. “You go in and it’s like a party. It’s so much fun.”)

On the way back to Edgemont, the bus stops at Quincy Market, where the students pop in and out of storefronts buying food and souvenirs. Inevitably, everyone gathers around the rogue piano in Faneuil Hall, singing, playing songs and entertaining passers-by.