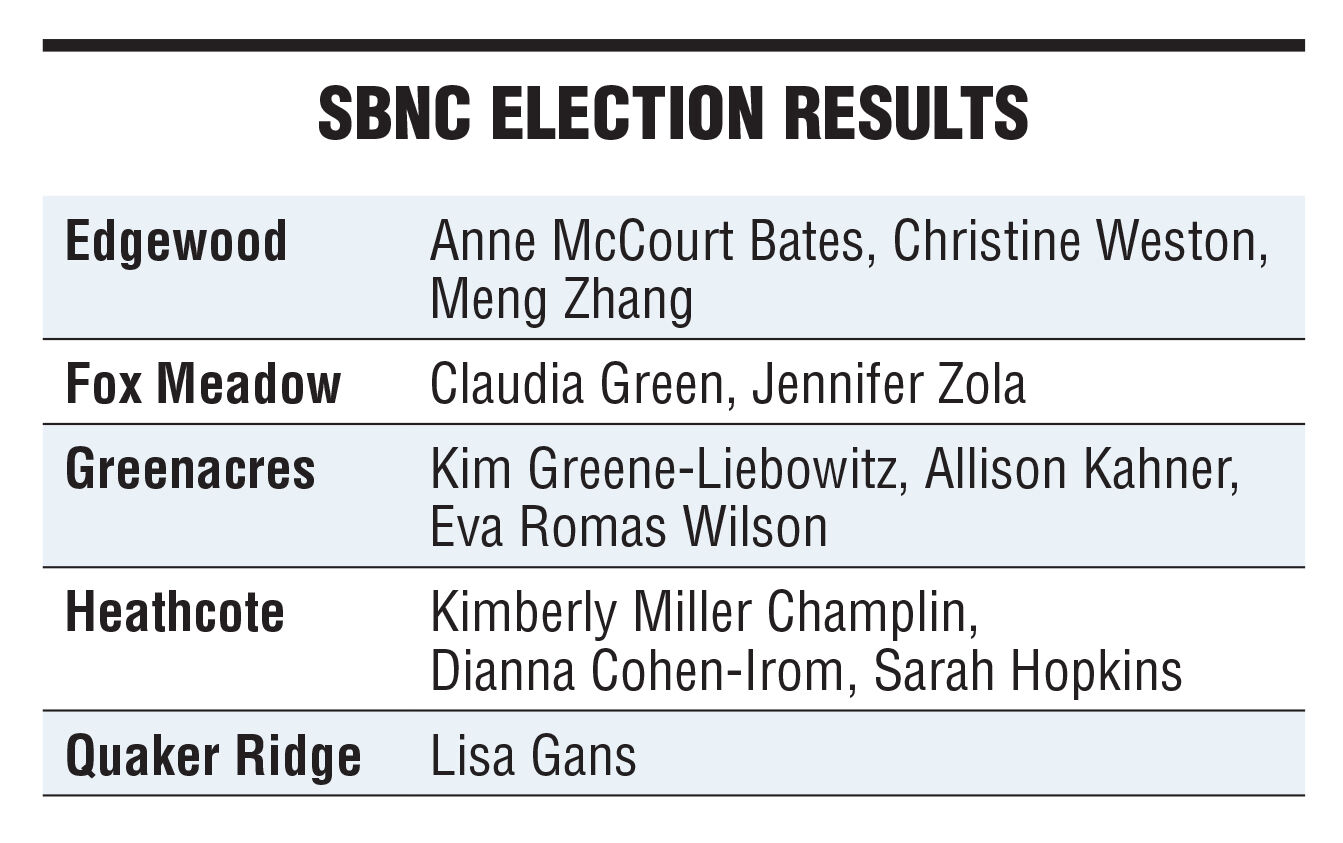 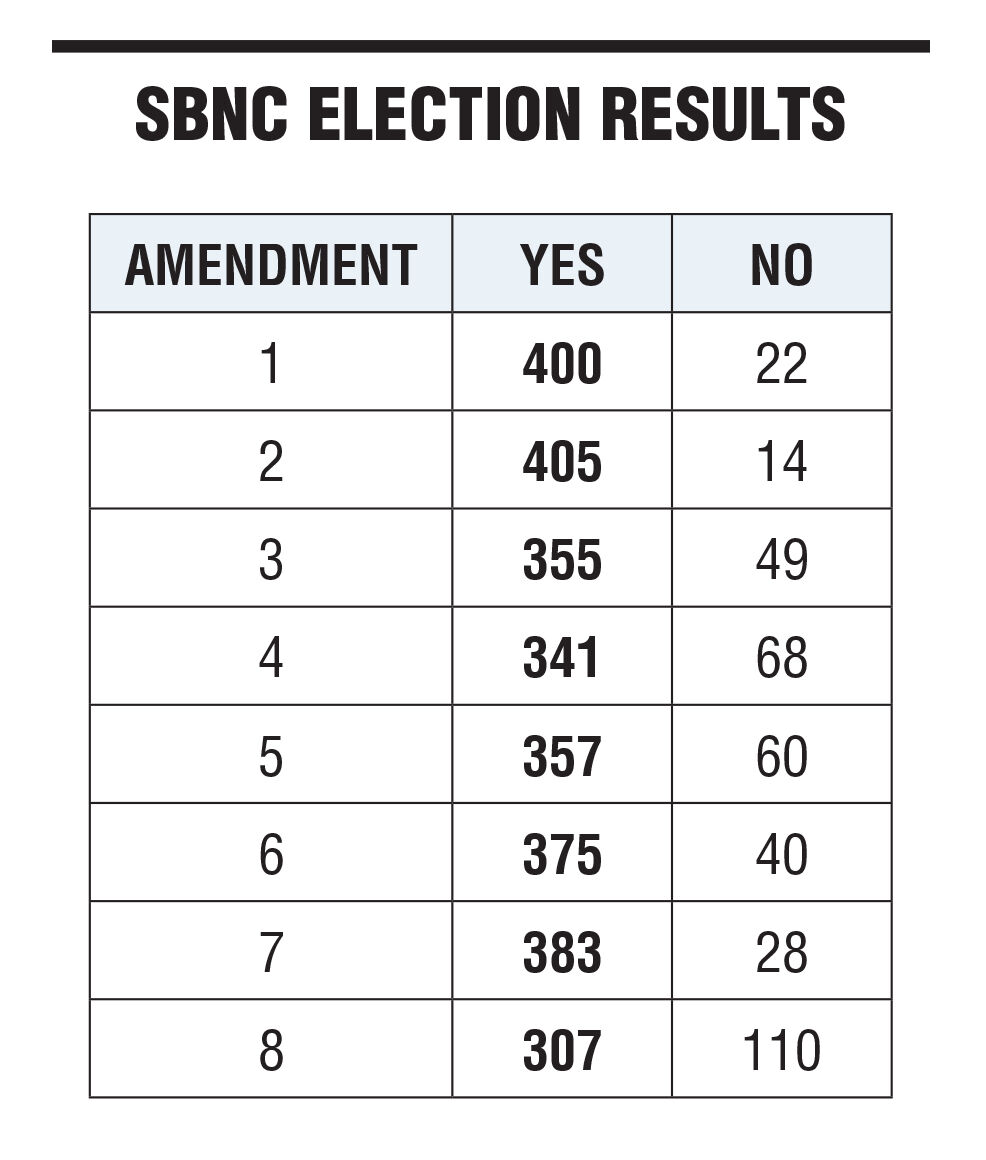 Voters elected 12 candidates to join the Scarsdale School Board Nominating Committee in the 2022 election that ended Jan. 11, and approved all eight proposed amendments for the SBNC Resolution, including one that expands the procedures for vetting and interviewing candidates, and one that allows noncitizen residents to vote in future SBNC elections.

The newly elected members of the committee are:

A total of 448 votes were cast — 379 in person and 69 by mail-in ballot. That number compares to the 555 votes cast in 2021, which were mostly mail-in due to the coronavirus pandemic, and 137 votes cast in 2020 during the traditional in-person election at the middle school.

The number of votes cast this year by neighborhood was 130 from Edgewood, 103 from Fox Meadow, 83 from Greenacres, 31 from Heathcote and 101 from Quaker Ridge.

The newly elected SBNC members will join the continuing committee members, each serving a three-year term on the SBNC followed by a two-year term as part of the SBNC Administrative Committee.

The eight amendments to the SBNC Resolution were passed. A total of 425 resolution ballots, of which 69 were mail-in ballots, were cast separately from the candidate ballots in the election.

The amendments, summed up, are:

1 - Requires Nominating Committee members to recuse themselves from all committee proceedings if a close relative stands as a candidate for the Scarsdale Board of Education.

6 - Requires the Nominating Committee to discuss objective criteria by which to evaluate candidates as well as candidates’ experience, qualities and qualifications.

8 - Defines a qualified voter, for the purpose of the School Board Nominating Committee Resolution, as a person 18 years of age or older and a resident of the Scarsdale Union Free School District for at least 30 days. Non-U.S. citizens who meet this criteria will be eligible to vote in Nominating Committee elections and serve on the Nominating and Administrative committees. Language in Article I shall be revised from “citizens” to “residents” accordingly.

The vote tally for each is shown in this chart:

The SBNC will have its first meeting on Jan. 23, and by the end of March it expects to nominate three candidates for the Scarsdale Board of Education to fill the seats currently held by Karen Ceske, Carl Finger and Ronald Schulhof, all completing their first term and eligible for renomination.

All Scarsdale residents are welcome to propose board of education candidates to the SBNC at sbncchair@gmail.com. The SBNC-nominated school board candidates, along with any other candidates who may choose to run, will stand for public election May 17, at the same time as the school budget vote.