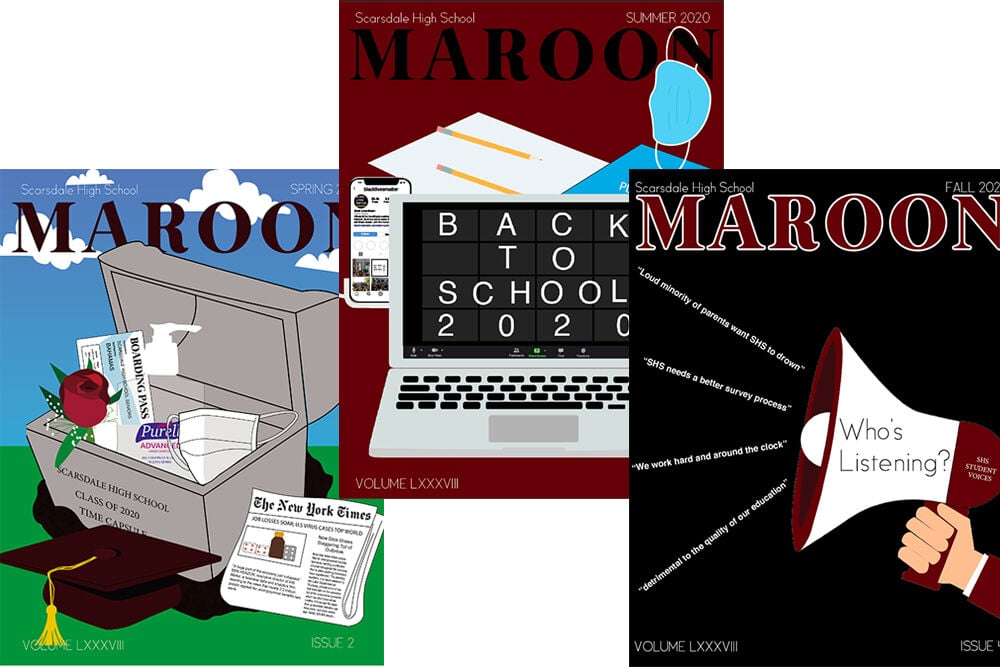 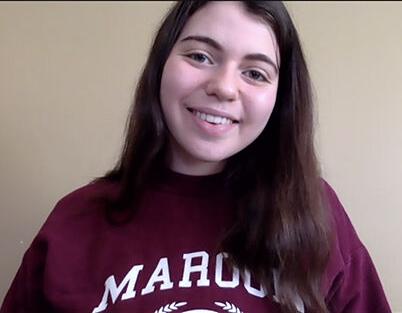 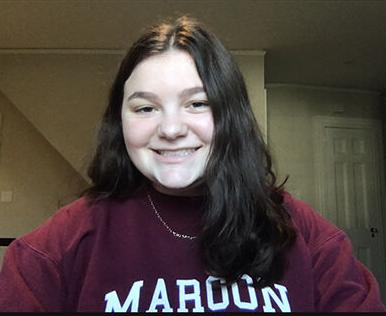 The student reporters were thrust into a whirlwind of chaos. Schools were closing and much was still unknown about the virus. Not only were students dealing with their regular schoolwork loads, but they now also had to deal with a new pool of required information, like when was school closed, when were classes online versus in person, and what happens if and when a student or faculty member contracted the virus? It was an information void and Breakstone and Weinsaft were looking to fill it.

Maroon was at a crucial crossroads. How could the publication, which has been publishing since 1933, keep the school community cohesive, while also providing students with important information?

The co-editors got to work and started to innovate. They used the pandemic to shift the news magazine into a new era, with a stronger focus on multimedia, creating two new podcast series and focusing heavily on getting important pandemic information to the students. Their efforts were successful, winning them multiple awards from the Student News Organization (SNO) and a silver medal from the Columbia Scholastic Press Association (CSPA).

“[With] the pandemic we’ve had to kind of change up our perspectives and everything,” said Breakstone. “We’ve had the opportunity to expand the realm of what journalism means to us and expand our horizons on journalism.”

Breakstone and Weinsaft always considered themselves fans of the humanities. They loved writing, which eventually led them to join Maroon as freshmen.

Breakstone, who originally joined Maroon to write satire, found a love for writing real journalism, where she felt an adrenaline rush when writing articles and covering breaking news.

Similarly, Weinsaft enjoyed reading the news and relished developing her voice as a journalist while being a part of the Scarsdale community.

During their sophomore year, the pair applied for editor positions and were named managing editors to work directly with the editors-in-chief.

“I think when I started as a freshman, it was a big deal just to even become a writer,” said Weinsaft, who set her sights on the editor-in-chief role once she became managing editor.

Although Breakstone and Weinsaft’s goal to lead Maroon was straightforward, the pandemic threw them a curve ball. The closure of schools and the spread of the virus shaped their entire tenure at the news magazine.

The pair never had the opportunity to hold a single in-person meeting with their staff of 30 to 40 writers and editors, and they had to think on their feet to turn a less than ideal situation into one that could help the publication grow.

“I think we actually really took advantage of the pandemic and used that time to really buckle down and think [about] how [we could] connect the community during this really unsettling time,” said Breakstone. “How can we make sure that we’re communicating with the community and putting content out there that people would be interested in?”

Without in-person learning, the Scarsdale school community felt fractured, and Breakstone and Weinsaft’s goal was to rebuild it. The two never had a transition period. Right before the pandemic, they were planning a party for the outgoing editors, which never happened. So, figuring how to coordinate writers and transition pitch meetings online was completely on their shoulders.

They got to work, expanding the news magazine’s multimedia, video and social media presence. They scheduled online conversations with high-level school faculty members and helped develop “Maroon on the Mic” and “Pandemic Podcast” episodes. The staff wrote more than 50 articles about the pandemic, while also keeping up with everyday news and feature writing.

“We realized that these were amazing resources that we can utilize to create a better publication,” said Breakstone. “I feel like a lot of the Scarsdale High School community looked to us for what [was] going on. Maybe it was a little bit more difficult for the administration to directly communicate with students, … so then it really kind of came to us.”

While transforming the publication, the editors also had a new pandemic project: awards.

Last year, the publication won 15 SNO awards, including recognition for audience engagement, multimedia, story page excellence, a badge for continuous coverage and site excellence. Because Maroon scored so many awards, they were also given the honor of becoming an SNO distinguished site.

Breakstone and Weinsaft also won gold for an alternative story form article they wrote on Dr. Jen Salant and for the first time since 2007, Maroon was also awarded a silver medal (only six points from gold) from the Columbia Scholastic Press Association.

Weinsaft said originally the pair just wanted feedback on the publication and to find ways to improve, but now seeing how close they got to achieving a gold medal, it has given future editors something to strive for.

“It’s kind of the first year that Maroon was focused on becoming distinguished in the award sense,” said Weinsaft. “Maybe that’s something we brought to Maroon. A new sort of tradition, a new focus point that I would hope would continue after we graduate.”

Now, as Weinsaft and Breakstone’s tenure as co-editor-in-chiefs comes to a close, a new set of editors and writers will have to deal with the intricacies of running a publication during the pandemic. Fifteen to 20 new writers — mostly freshmen — have already joined Maroon’s “cub course,” which teaches the basics of becoming a student reporter.

“Journalism isn’t really something you would think about everyday like watching the news or reading an article, you don’t really think about what happens behind the scenes,” said Breakstone. “Maroon has really opened my eyes to that.”