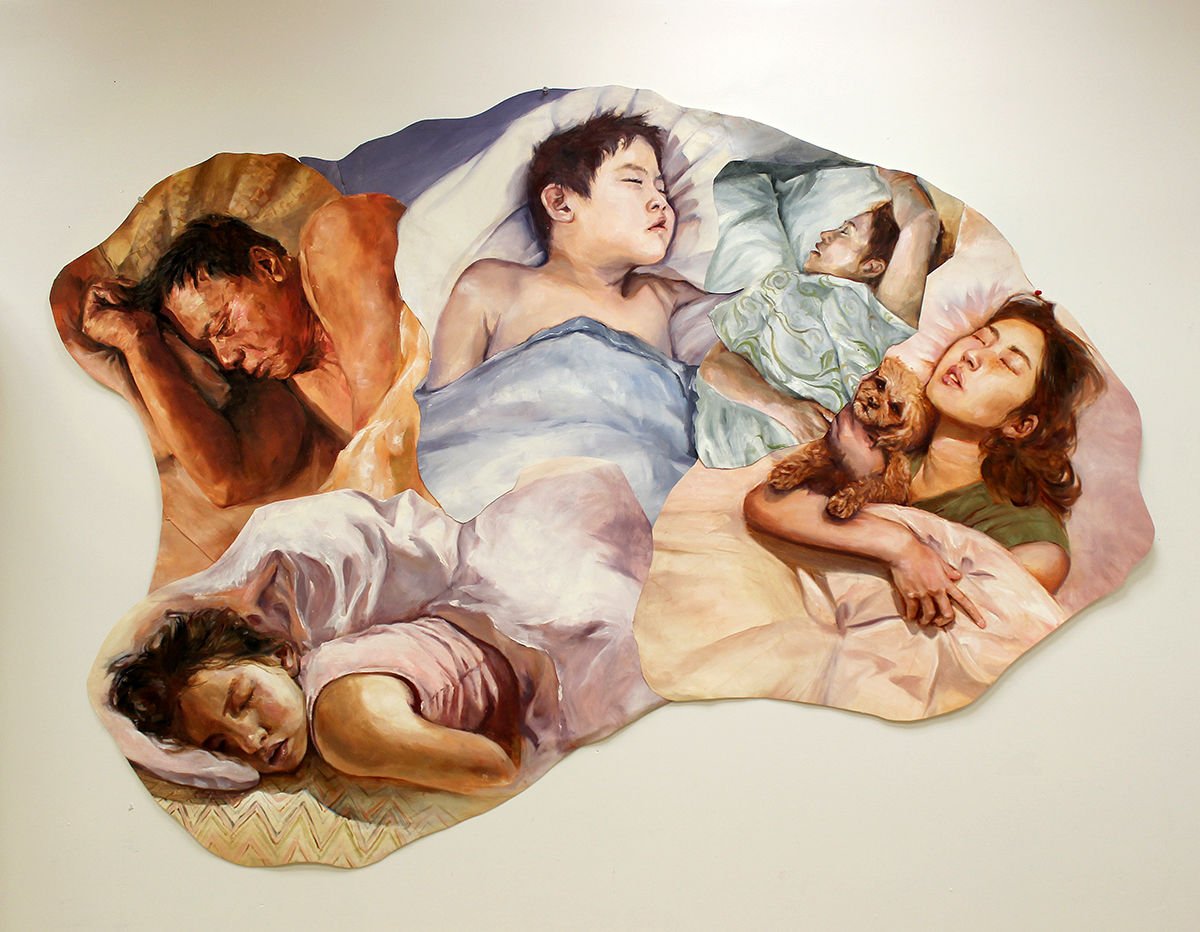 “Dream” depicts Lucy Du’s family members in various states of sleeping. It was painted on canvas and won a national gold medal. 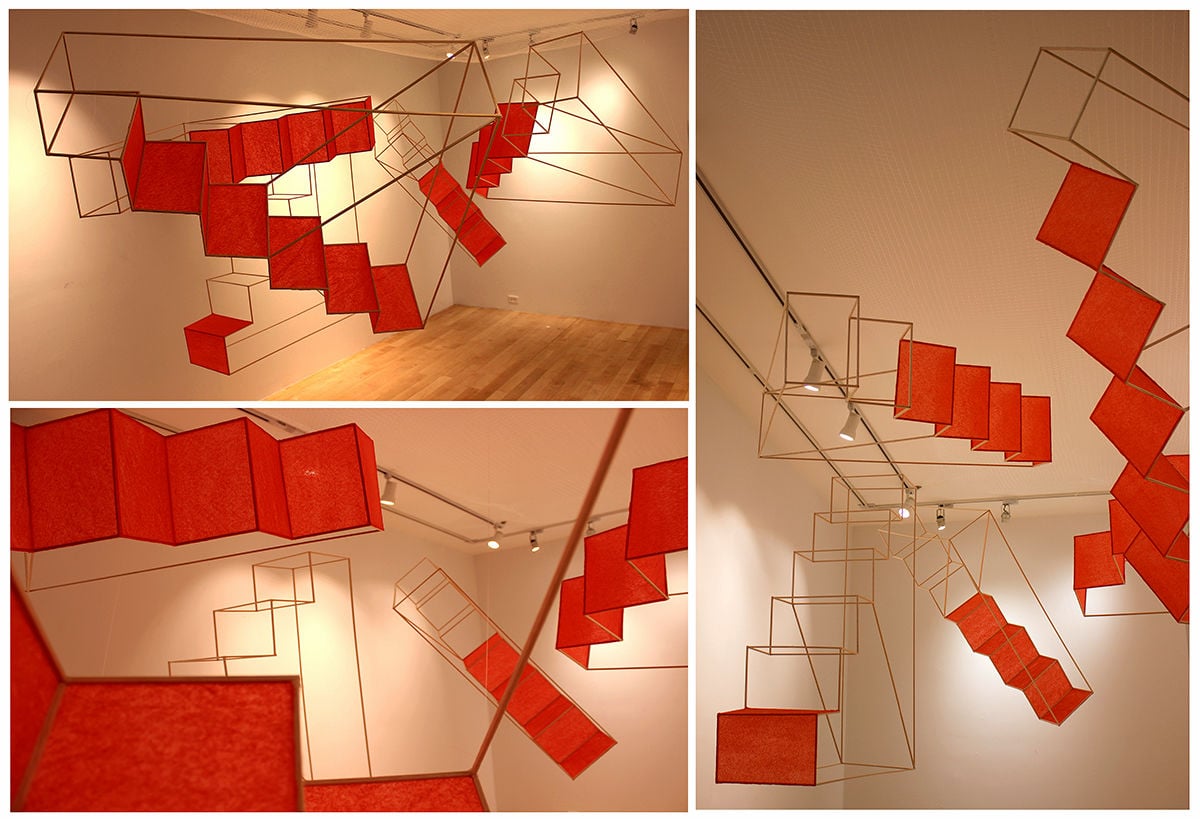 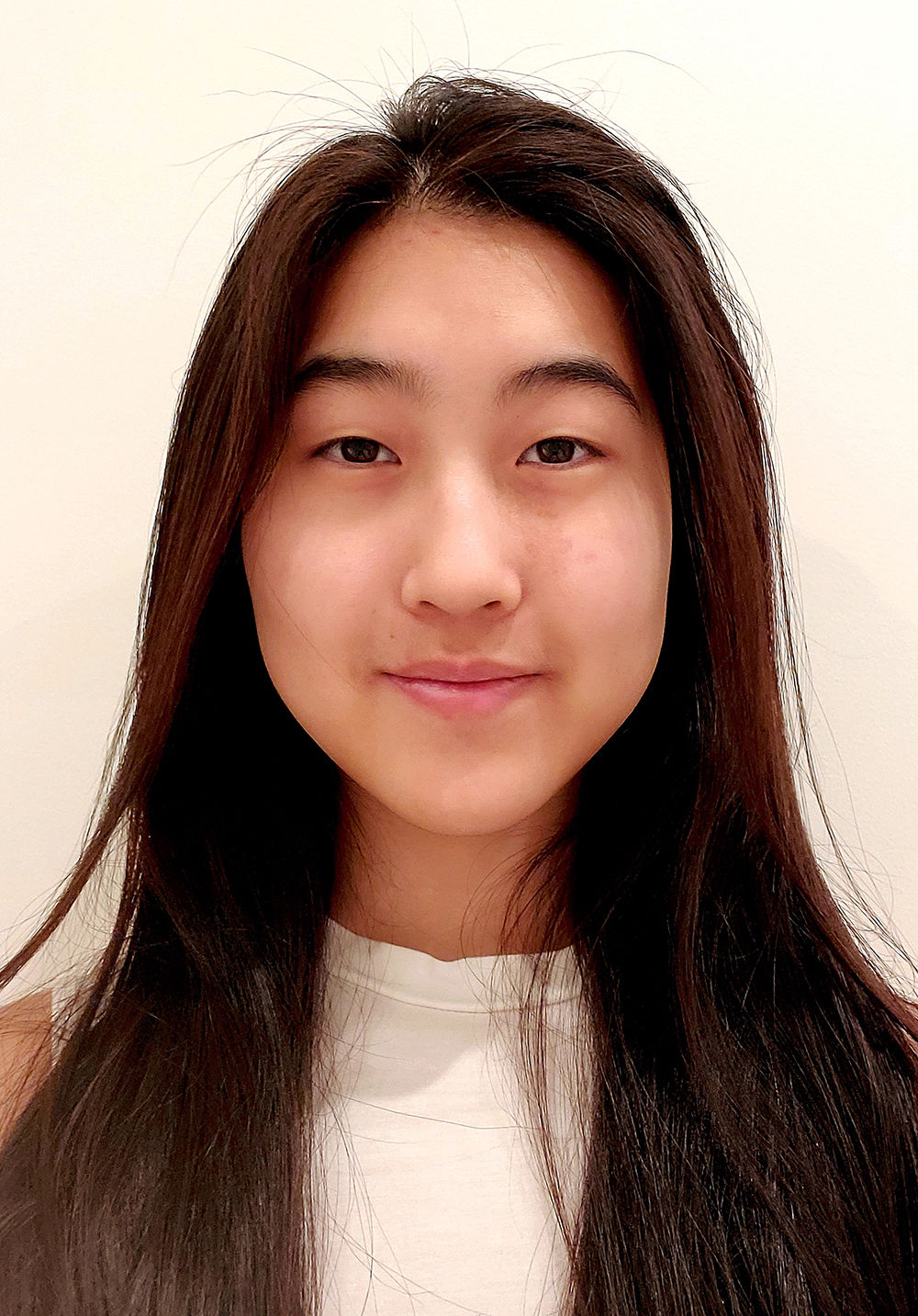 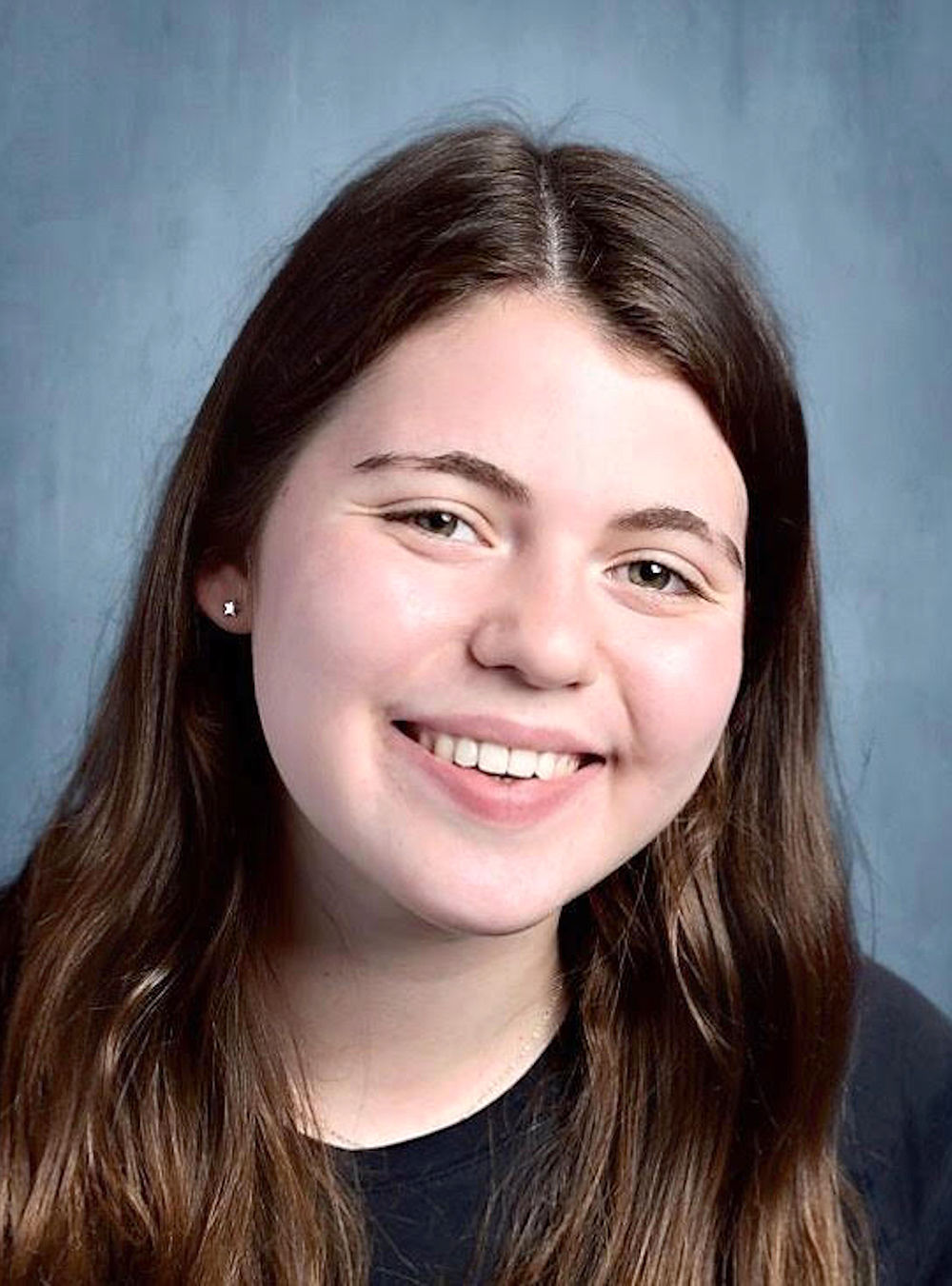 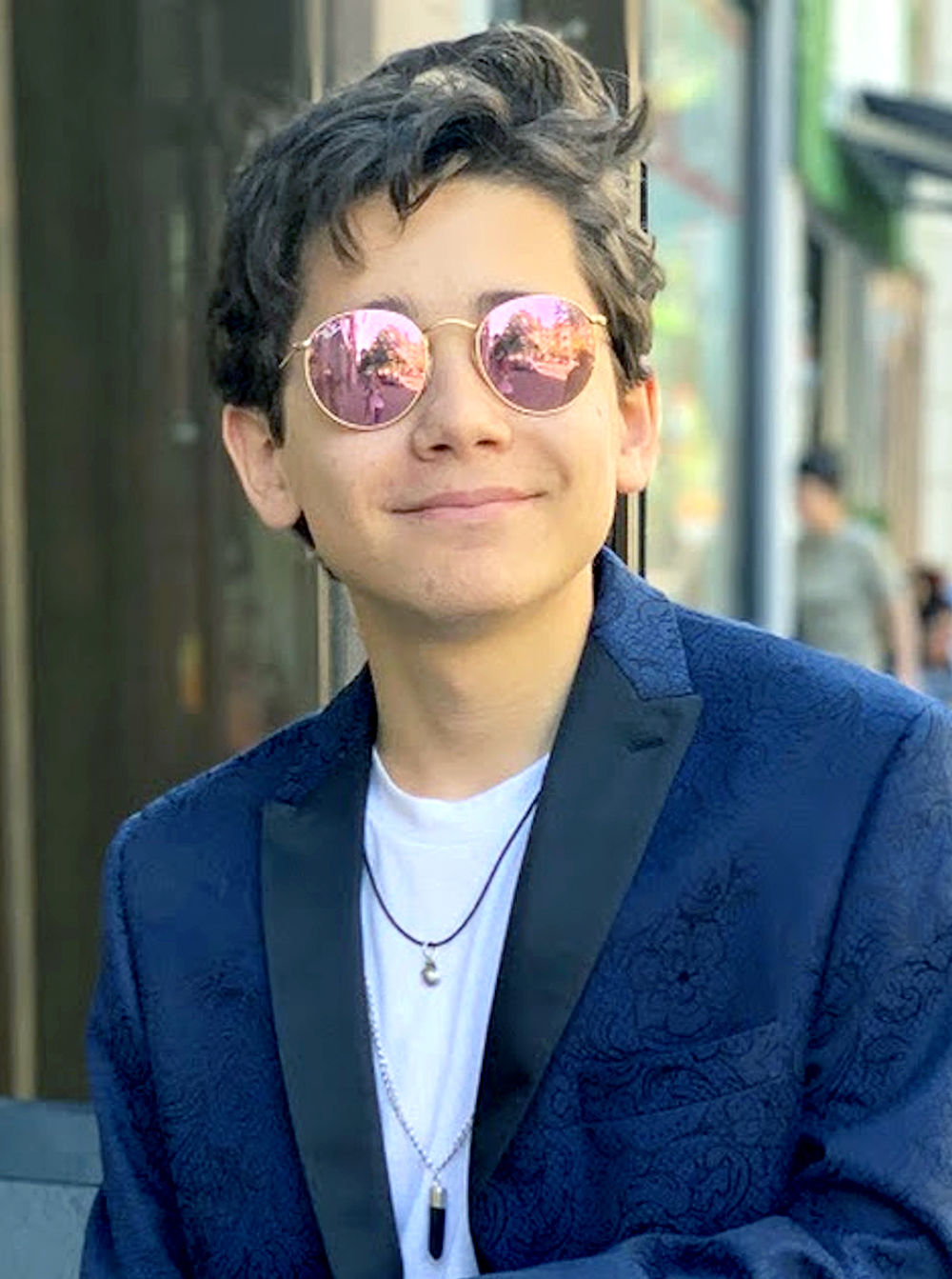 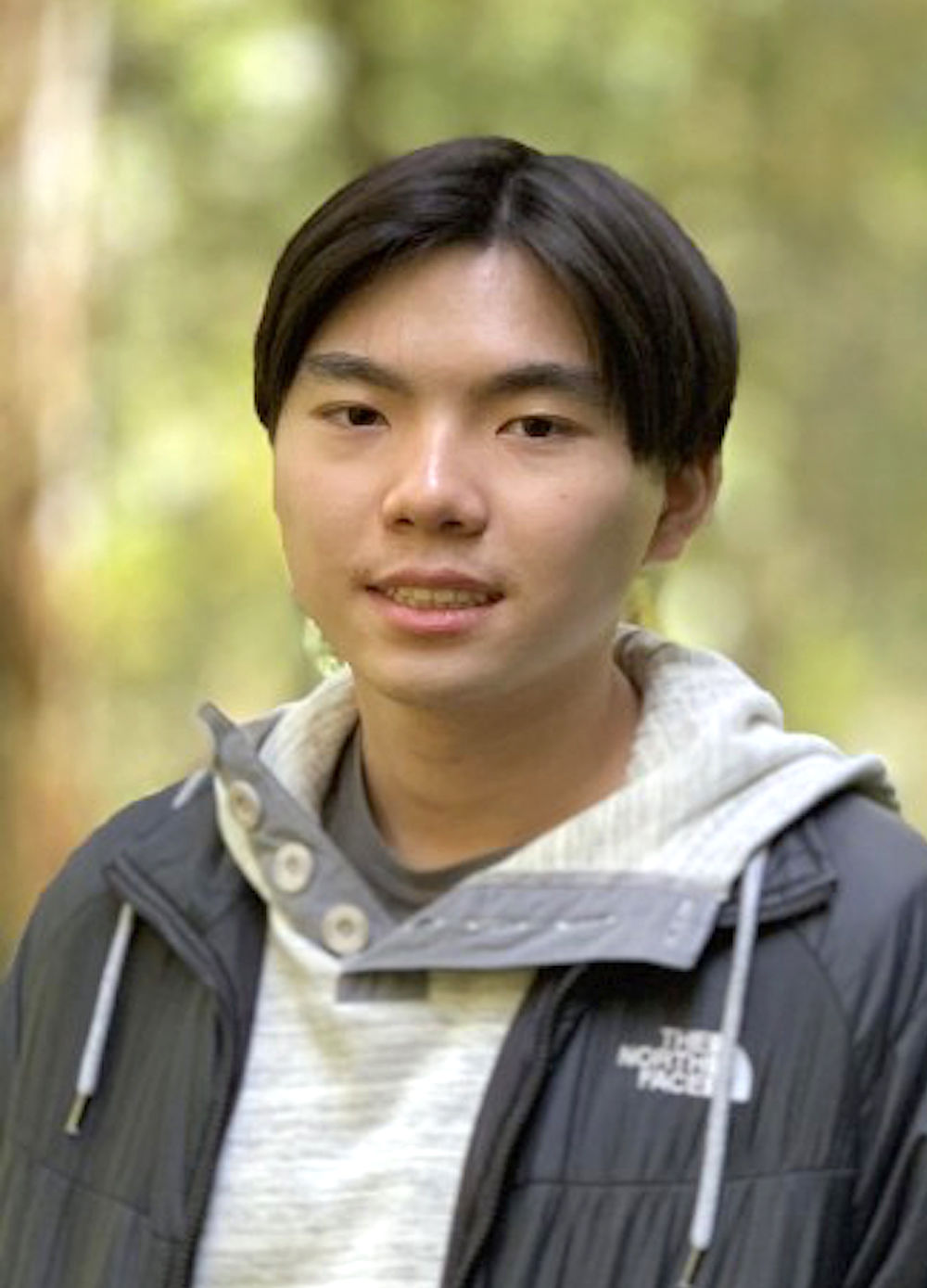 Du, a senior at SHS and co-president of Scarsdale’s local chapter of the National Art Honor Society, won five regional gold keys, a silver key, an honorable mention and two national awards — one gold and one silver. Du submitted multiple works in the categories of painting, mixed media, sculpture and future new. However, it was her paintings “Dream” and “Amnesia” that won national gold and silver medals, respectively.

“Dream,” painted on canvas, captures Du’s family members in various states of sleeping. After painting each subject, Du cut around the borders and then stitched them all back together to give the painting a more irregular, dreamlike feel. “Amnesia” depicts Du’s experience of seeing her grandmother struggle with temporary amnesia. The painting, which was painted on an actual mirror, allows the viewer to see themselves within the work.

Du said she has entered the competition annually for the past four years, but this was her first time winning any national awards. “I really wasn’t expecting two [national] awards so I’m really grateful for that,” said Du. Her favorite part about creating art, specifically paintings, is the “ability to connect the artist and the viewer … you don’t have to say anything, it’s just there, you can appreciate it. You can express what you want to say, and it doesn’t have to be so explicit, but you know people will still understand and enjoy it.” Du will be attending Brown University this coming fall.

Weinsaft, a junior and co-editor-in-chief of Maroon, the high school’s newspaper, won a national gold medal in journalism for her article “Quidditch for Muggles: A growing presence on college campuses.”

Weinsaft penned the piece last summer while attending a journalism program at Boston University. In addition to providing background on the unique sport, Weinsaft interviewed current quidditch players and captains at various colleges around Boston, including Tufts and Harvard. “There’s that quote [about journalism], ‘giving a voice to the voiceless,’ and I know college quidditch didn’t really have a voice,” she said.

This was Weinsaft’s first time entering the competition. “Knowing that I got recognition for something that I enjoyed writing so much is pretty meaningful,” she said, adding that the win was “surprising.” Weinsaft also writes for Fresh Ink for Teens, an online magazine written by, and for, Jewish high school students.

Hurwitz, co-president of SHS’s creative writing club, won a regional silver key in poetry and a gold key in short story. His short story, “We Were a Seesaw,” went on to win a national silver medal.

“We Were a Seesaw” depicts a moment in time when a woman must break off a relationship after a long period of disconnect. “The story was short, but it was about the conflict in that moment of having to confront a relationship’s problems,” said Hurwitz. He added that the story was inspired by a black and white photograph of a man and a woman reclining against each other on a beach that was presented to him during a workshop at Writopia Lab.

Hurwitz, a junior, first entered the Scholastic competition in ninth grade and won an honorable mention for his novel, “Wonders of Waywill.” Since then, he has won quite a few honorable mentions and regional silver keys. This year was his first time winning a national award.

“I never expected this to happen,” Hurwitz said, adding, “… when I heard that I won a national award I was kind of blown away … it means a lot to be seen in a similar caliber as all the amazing writers that win national awards.”

A self-proclaimed storyteller at heart, Hurwitz is also a songwriter and a moviemaker. “I feel like stories are one of the most powerful things in the world … I love how art, writing specifically, can really impact people and this award kind of shows that.”

Wong, a senior, won a national silver medal for his sculpture portfolio that consisted of eight pieces of artwork in total. This was Wong’s sixth time winning a national award since first entering the competition in 2015. He also won a combination of regional awards and honorable mentions this year for various other works submitted in the categories of Sculpture, Mixed Media, Photography, and Architecture & Industrial Design.

Three of the sculptures in Wong’s portfolio — “Confusion,” “Hope” and “Simulated Environment” — were made from balsa wood and tissue paper. “Creating these three pieces was particularly challenging as the mediums I chose were especially fragile,” he said, adding that all three installations “were inspired by emotions and thoughts throughout the journey of life.”

Wong, who first started creating sculptures in the fourth grade, plans to attend Harvard University in the fall. He said he hopes to study art and architectural studies.

“My favorite part of making art is watching my ideas transform from simple sketches and notes into a final piece,” he wrote in an email to The Inquirer. “I hope that my creations will inspire students to question aspects of their own lives and motivate them to create their own artwork that embodies those questions.”

An awards ceremony that was scheduled to take place in June at Carnegie Hall has been canceled due to the coronavirus pandemic. According to its website, Scholastic is now looking into virtual options and invites the Scholastic Awards community to continue to save the date of June 4 for the virtual celebration.