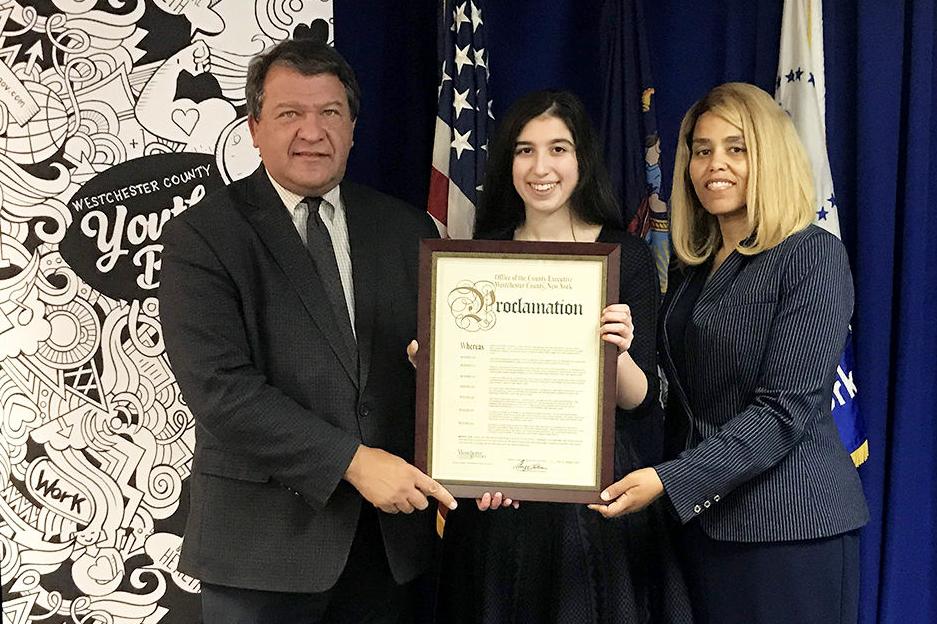 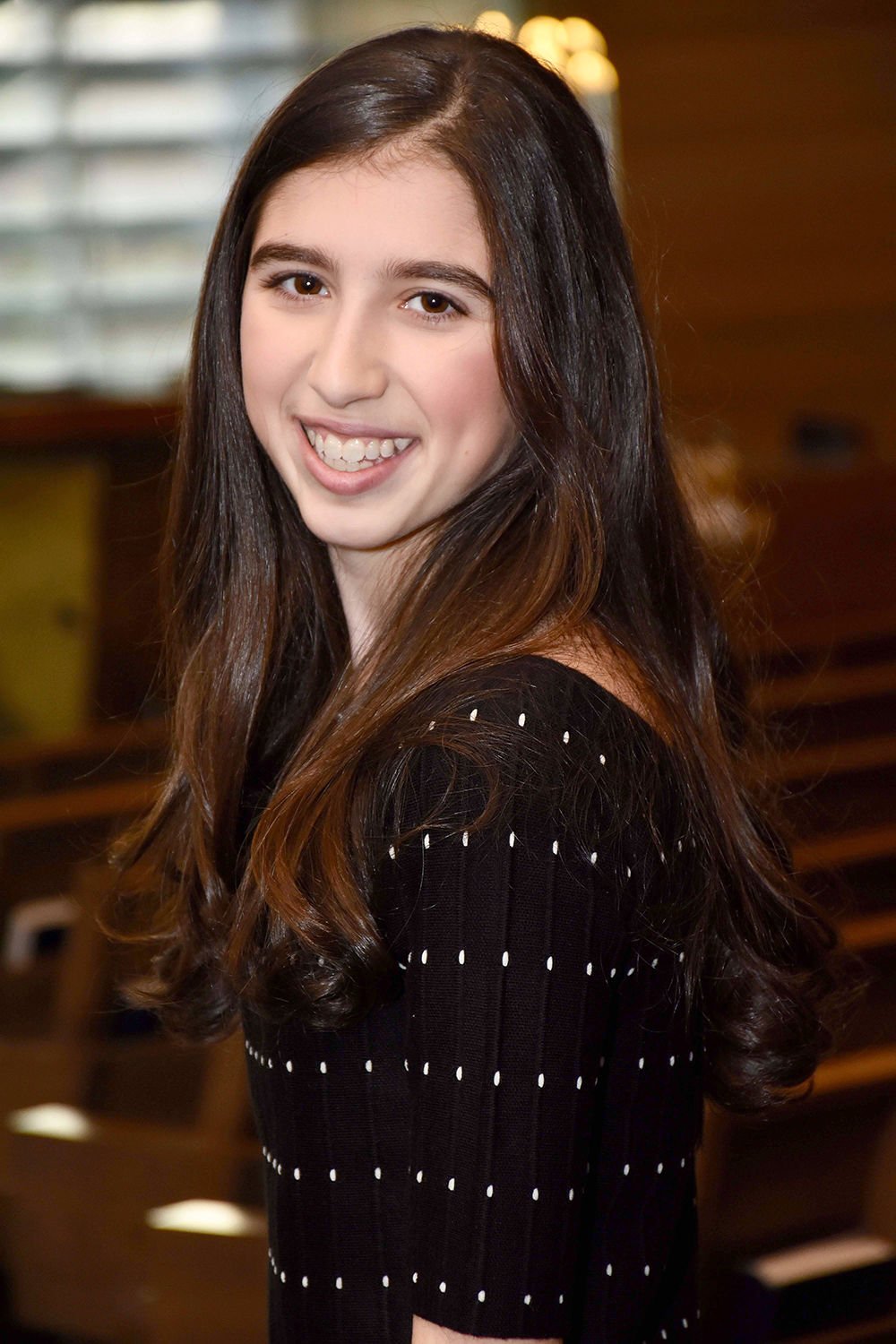 Poet laureate. The words bring to mind an august man or woman of letters, a seasoned writer bent over a wooden desk. Yet our area’s newest poet laureate is a young lady more comfortable with computers than quill-tipped pens: 16-year-old Scarsdale resident Danielle Kohn.

On Jan. 3, County Executive George Latimer and Executive Director of the Westchester County Youth Bureau Dr. DaMia Harris-Madden bestowed its first-ever honorific of youth poet laureate on Kohn, who is a junior at Scarsdale High School. In this new position, Kohn will work with the bureau to increase appreciation for reading and writing among her peers by collaborating with local libraries, schools and youth development programs. It’s a role she embraces, as it acknowledges “that the arts are important in Westchester, and that young people have a place in the arts,” she said.

Kohn, who brings her poetry to nursing homes, hospitals and drug-treatment centers, came to the attention of the county when she contacted the Bureau with some literacy-boosting ideas. “I proposed a variety of poetry-related programs that I was interested in collaborating with them on,” she shared. “From working with the Westchester Youth Bureau, the concept of a youth poet laureate sort of grew from there.”

Kohn’s path to prominence began in the classroom, where she first discovered her knack for verse. “I was introduced to poetry in the first grade,” Kohn said. “My teacher, Ms. Henry, read poetry to us every Monday to teach us how to read. That’s how my love of poetry began. And when I got to second grade, I sort of realized that I could write poetry myself — I didn’t just have to read it.”

The first poem Kohn ever wrote was about a sunrise. “I remember going back to my first grade teacher and showing it to her, and she had me read it to the class,” she recalled. “This was my first time that I was like, ‘Wow, this is something that I could do that other people would appreciate.’”

Thus encouraged, Kohn kept on composing, ultimately receiving multiple Scholastic Gold Medals for her poems. “I write about all sorts of things,” she said. “I think a few years ago, a lot of my poems were me working through my emotions. When something happened to me and I didn’t really know how I felt about it, I would write a poem about it. And then it would show me how I felt.”

Nowadays, Kohn is often inspired to write “when I see something interesting as I walk outside. Over the summer I went to [a writing] program at the University of Virginia, and it was held in this really idyllic place with all these fields and trees and everything, so a lot of my poetry from over the summer was nature-related. They call it ‘ecstatic poetry,’ where I would just write really happy poetry about nature and my surroundings.”

Yet sometimes, Kohn’s poetry takes a more serious turn. “I’m trying to write about things that are happening in the news,” she said. “I don’t think I’ve written political poetry in a while, but [when I did] it was sort of about the immigrant experience and minorities in America — looking at that from a point of privilege and seeing all of the inequality, just growing up and noticing those things.”

As for Kohn’s favorite poet, she readily names Pulitzer Prize winner Edna St. Vincent Millay. “She’s a poet from the 1920s and her work is beautiful, so I’m a really big fan of hers,” Kohn said. “Other than that, I read work from a really diverse selection of people, even people who aren’t renowned poets.”

In addition to learning about writing at University of Virginia, Kohn has studied at Sarah Lawrence College, Stony Brook University, and the Writopia Lab, a New York City-based nonprofit offering writing workshops around the country.

She’s also co-founded a creative writing club at SHS, “and I’ve met a lot of friends through that,” she said. “My other friends at school who aren’t from poetry, I guess we don’t really talk about it that much. But I guess some of them think it’s cool.”

In fact, she’s hoping to convert many more of her peers to share her opinion. Among her goals as youth poet laureate, “I would like to encourage high schools to adopt Poetry 180, a program originally created by Billy Collins, the former U.S. poet laureate. It provides schools with a poem for each of the 180 days of school,” Kohn said. “My idea is also to create a shorter version of Poetry 180 for elementary and middle school students, to incorporate poetry readings every day in April, which is National Poetry Month.”

The Westchester County Youth Bureau “has been really great in partnering with me,” Kohn said. She hopes to see other ideas of hers come to fruition as well, including the creation of poetry workshops at schools and libraries, countywide poetry readings, a youth poetry contest, and the presentation of poetry at official functions and events.

Will our entire county soon be speaking in verse? Given Kohn’s drive, it’s a possibility. Said the laureate, whose goals include studying creative writing in college and compiling an anthology of her own, “My thing has always been spreading poetry to other young people.”