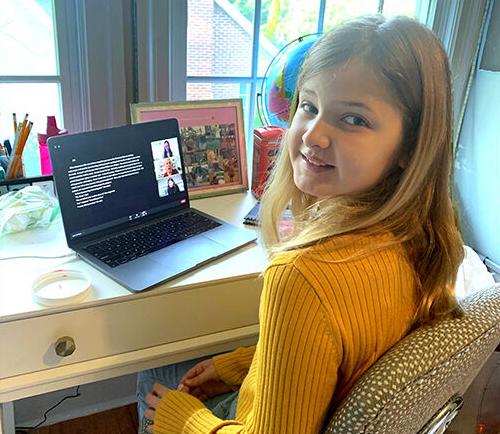 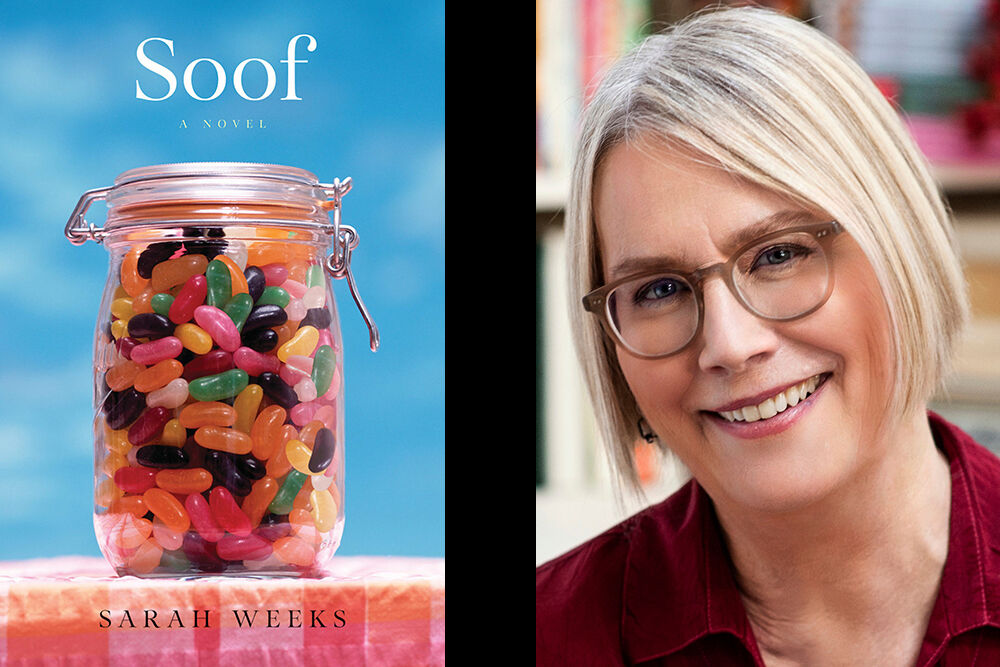 For more than a quarter-century, the Scarsdale Young Writers’ Workshop (YWW) has inspired and encouraged local third through fifth graders, among whom there could very well be a pint-sized Proust or mini Maya Angelou. In that sense, this year’s event, which took place Saturday, Nov. 21, was no different than previous ones.

But, 2020 being what it is, you could write a book about how complicated the logistics for the annual event were this time around.

“We were planning and working since the summer,” explained Deb Kolodner of Fox Meadow, who along with Jill Casal of Quaker Ridge co-chaired the mammoth effort. Together, they drew up two sets of plans: one for if the event could be held in person, and another in case it had to be virtual.

By late August, it was clear the latter path was the only viable one.

“We estimated we’d have 260 students, and we wouldn’t be able to join together in the middle school auditorium,” Kolodner said, referring to the usual gathering point for the workshop’s kickoff. The entire summit would need to be re-imagined digitally, a challenge for even the most tech-savvy of event planners.

For those unfamiliar with the YWW, it’s a morning when Scarsdale children first hear a keynote speaker discuss the craft of writing, and then take classes with professional writers who have generously volunteered their time. The class subjects are varied, and invariably thrilling: this year, attendees could explore everything from how to write a Super Bowl commercial to techniques for composing a hit song.

Normally, the classes take place throughout the middle school, but this year they were held online.

“One of our questions was, ‘Are kids going to be Zoomed out and not want to come?’” Casal shared. “We had no idea what the world would look like now.”

Casal and Kolodner, along with a subcommittee of about 25 volunteers, worked hard to get the district’s children excited. “We did email blasts and put out lawn signs, and we did giveaway gift bags as soon as kids registered,” Casal said.

Their strategies to promote the event — which is the Scarsdale Parent Teacher Council’s largest fundraiser most years — paid off.

“Enrollment was a little down, but given everything going on this year, the community has been really receptive and engaged,” Kolodner said.

Another question was how to adapt the classes, which are usually taught face to face, to a virtual format.

“We had several [workshops] that couldn’t really work,” Kolodner recalled. “For instance, we had food reviews where the kids would do a taste test and would write a review.” Unfortunately, that seminar and several more had to be tabled.

For other classes, “we had to think about how the workshops could still be interactive,” Kolodner said. “Some of them did polls, and many of them used the question-and-answer box so kids could vote and give quick responses.” A volunteer parent/moderator stood by to help classes (each of which had about 15 kids Zooming in) run smoothly.

The back-end operations were complex and laborious. “We had to send out more than 260 links to all of these workshops and the [keynote] webinar,” Kolodner said. “There were more than 20 workshops, so we had more than 20 Zoom rooms that we were hosting and for which we were supplying technical support.”

Once again, the planning team was well rewarded for its labor. The workshop kicked off at 9 a.m. with a keynote speech by Sarah Weeks, who has written 62 books for young readers, including the bestselling novels “Pie,” “Save Me a Seat” and “So B. It.” During her engaging, 40-minute talk, she shared how she loved to write even as a child, and showed a copy of a newspaper she’d created back then, titled “The Picklepop News.”

Weeks also detailed how she got her start in the industry. She began as a singer/songwriter, eventually composing several songs for Sesame Street. Her catchy lyrics drew the notice of a book editor, who reached out and suggested collaborating on a project. With that, Weeks embarked on a new career as a book author.

“Some picture books take me just a couple of weeks to write, while some books take four years,” she told the audience. She also delved into her creative process: first she decides how a book will begin and end, and then fills in the middle. For inspiration, she often looks to her two sons, “who do a lot of crazy things,” she confessed.

After Weeks’ speech, the children attended two Zoom classes of their choice, each 40 minutes long, before the event wrapped up at 11:45 a.m.

If the experience of Elizabeth Parker, 10, a fifth grader at Heathcote Elementary School, is any indication, the day was an enlightening adventure.

“I’ve been doing the Young Writers’ Workshop since I was in third grade,” she said. “I was excited because I like doing the workshops and I like learning how to write stories.”

For Parker, hearing author Weeks speak was a special thrill: “I have one of her books,” she said. The keynote, she added, “taught me that even if you don’t know how to spell, you still can be a good writer.”

Also inspiring were the two classes she took — “How to Write Historical Fiction” and “Publish Your Own Online News Site.”

“A friend and I are working on making a news website now,” she announced.

It’s the kind of success story that makes Casal and Kolodner’s day.

“The YWW is so important because writing is important in every facet of our lives, including STEM,” Kolodner said. “That’s what we’re trying to show the children, and also to get them excited about writing.”