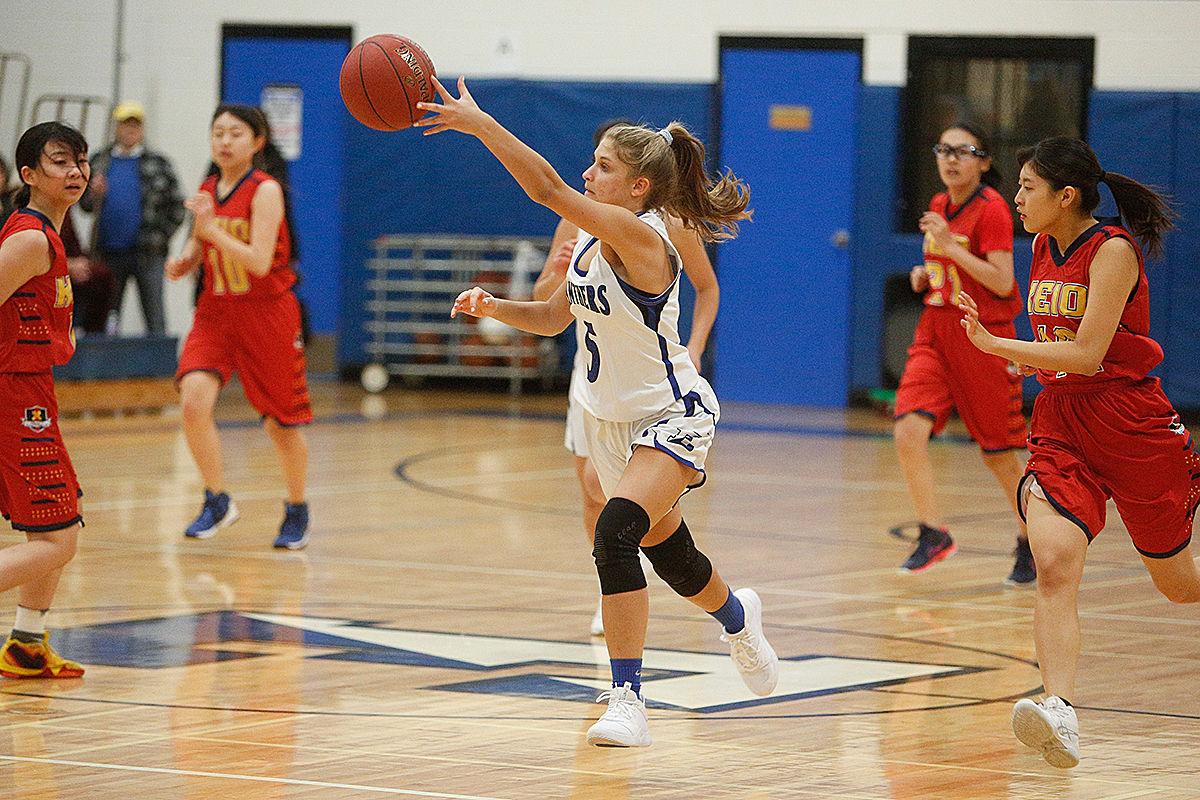 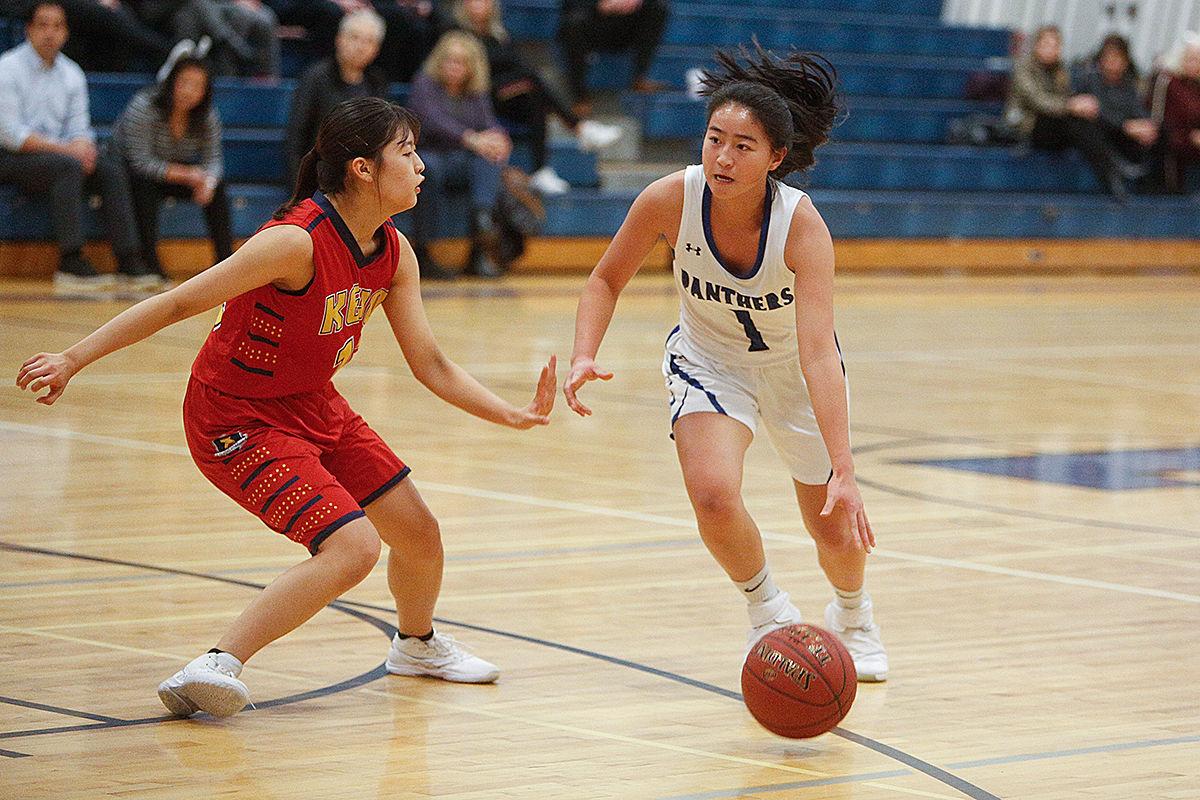 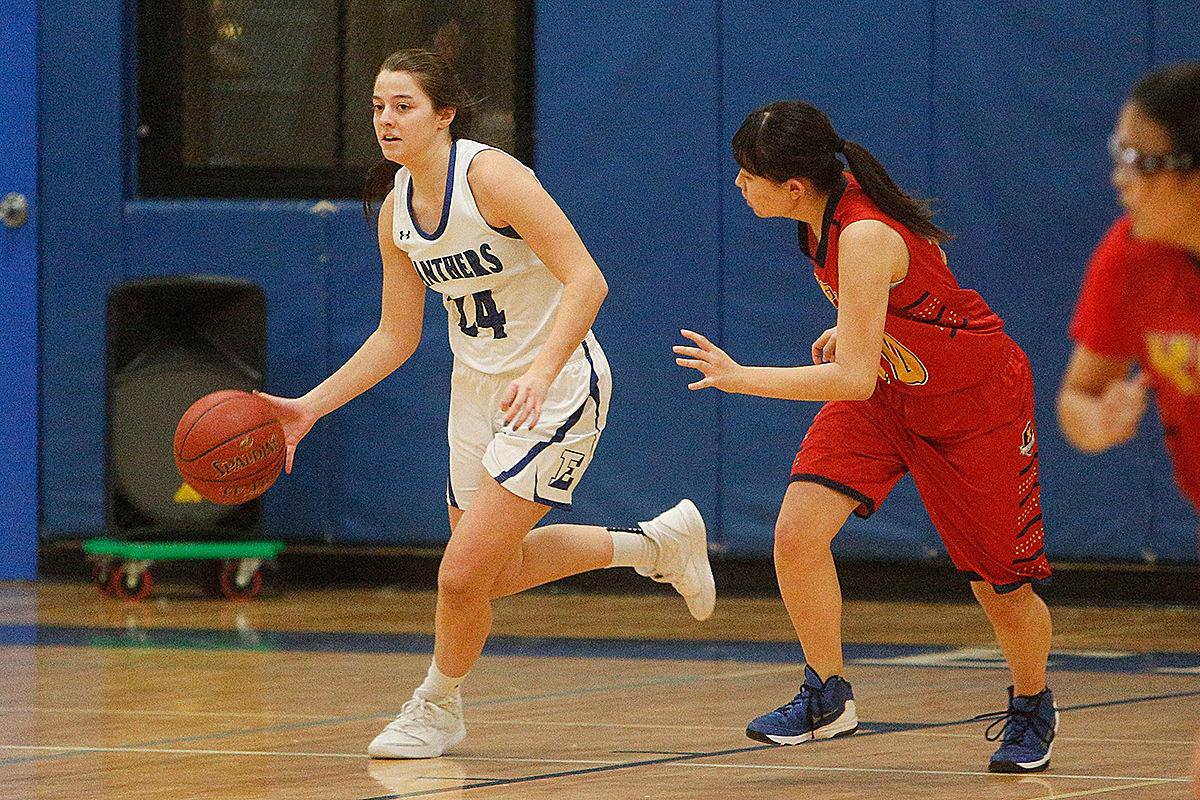 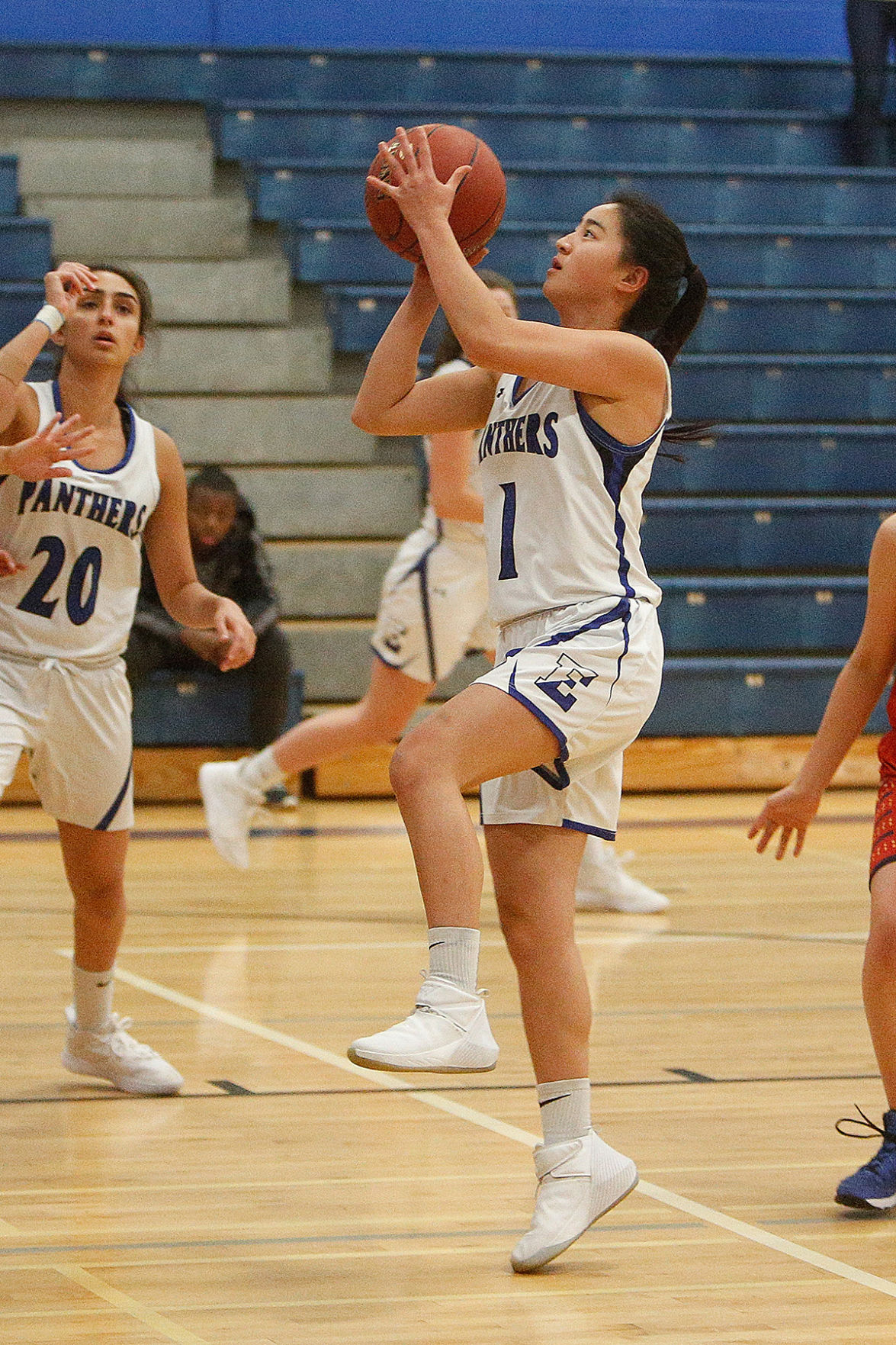 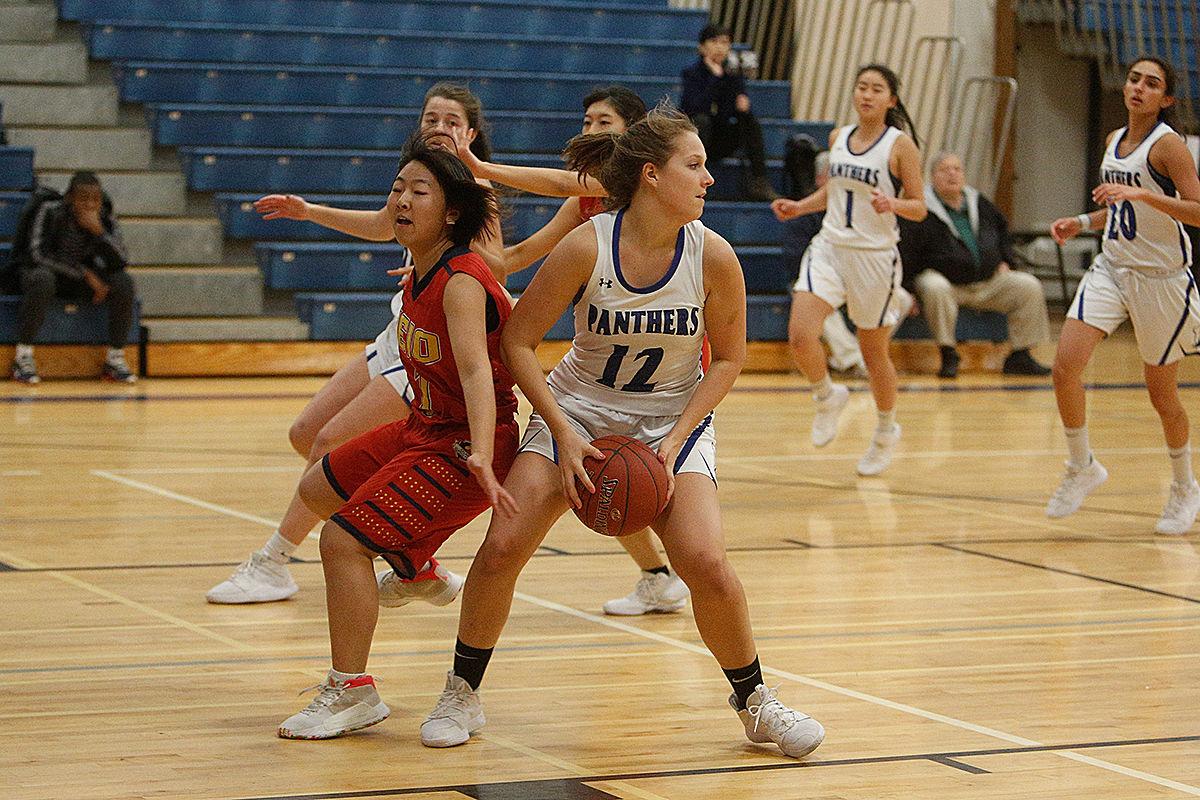 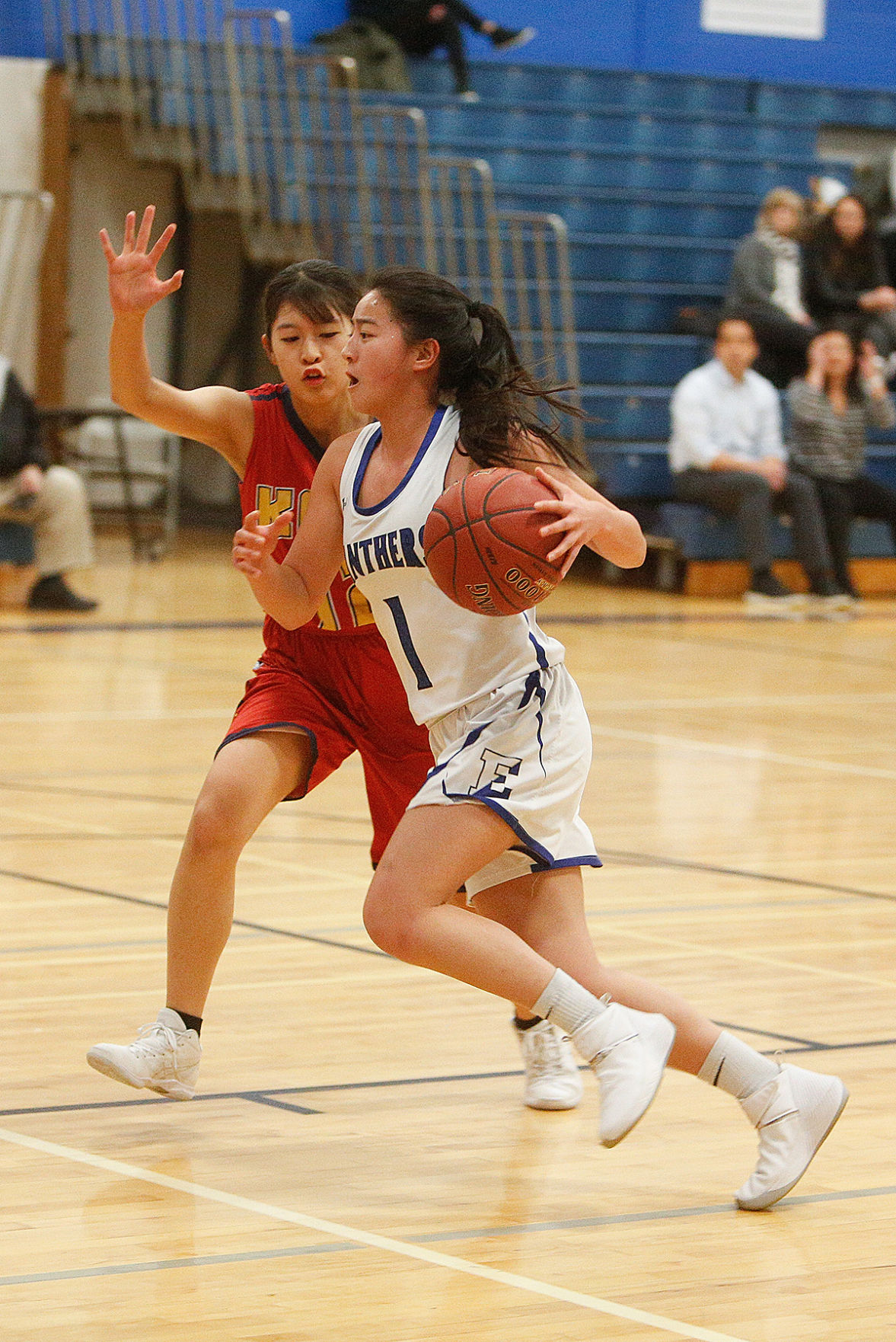 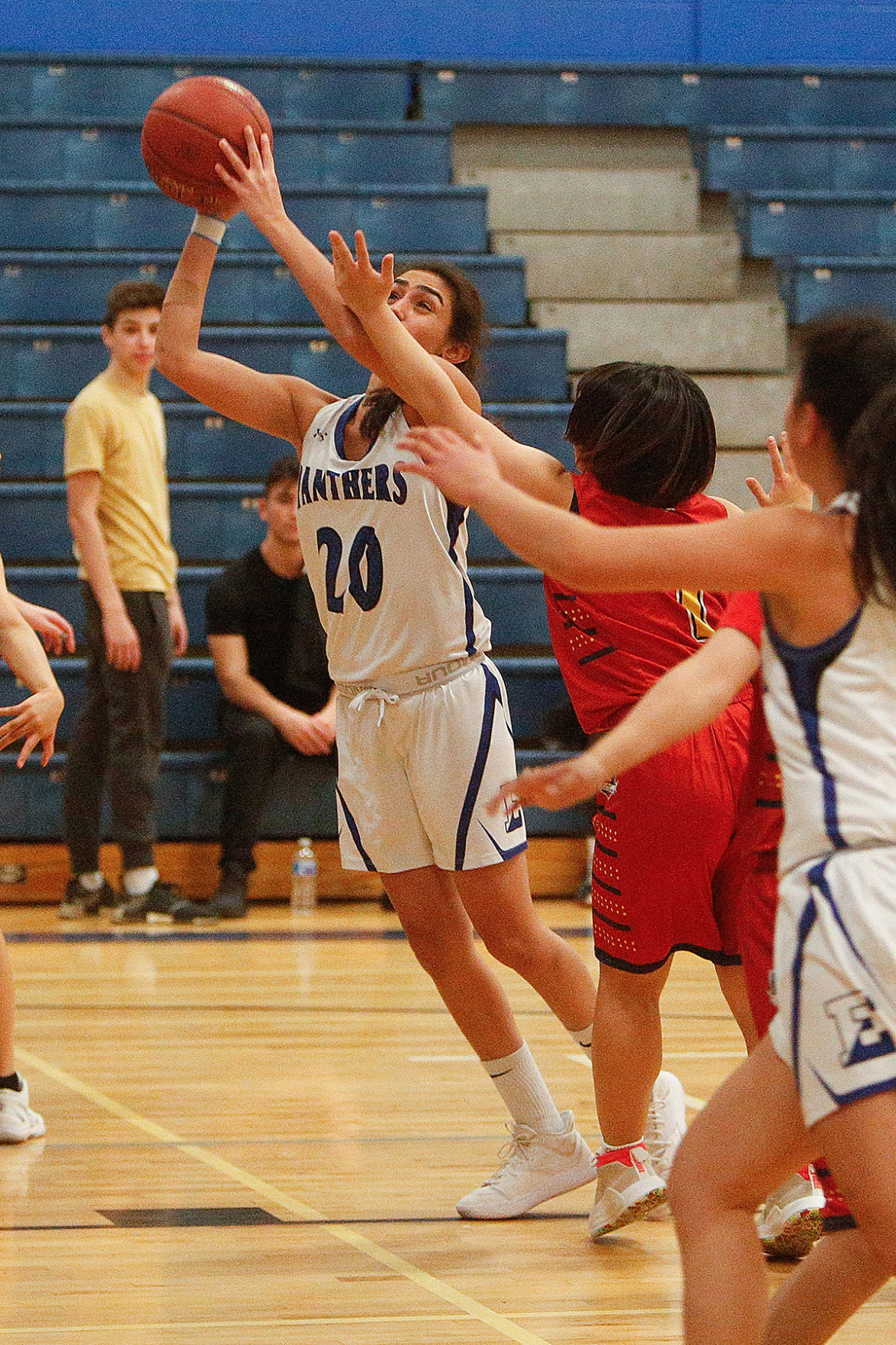 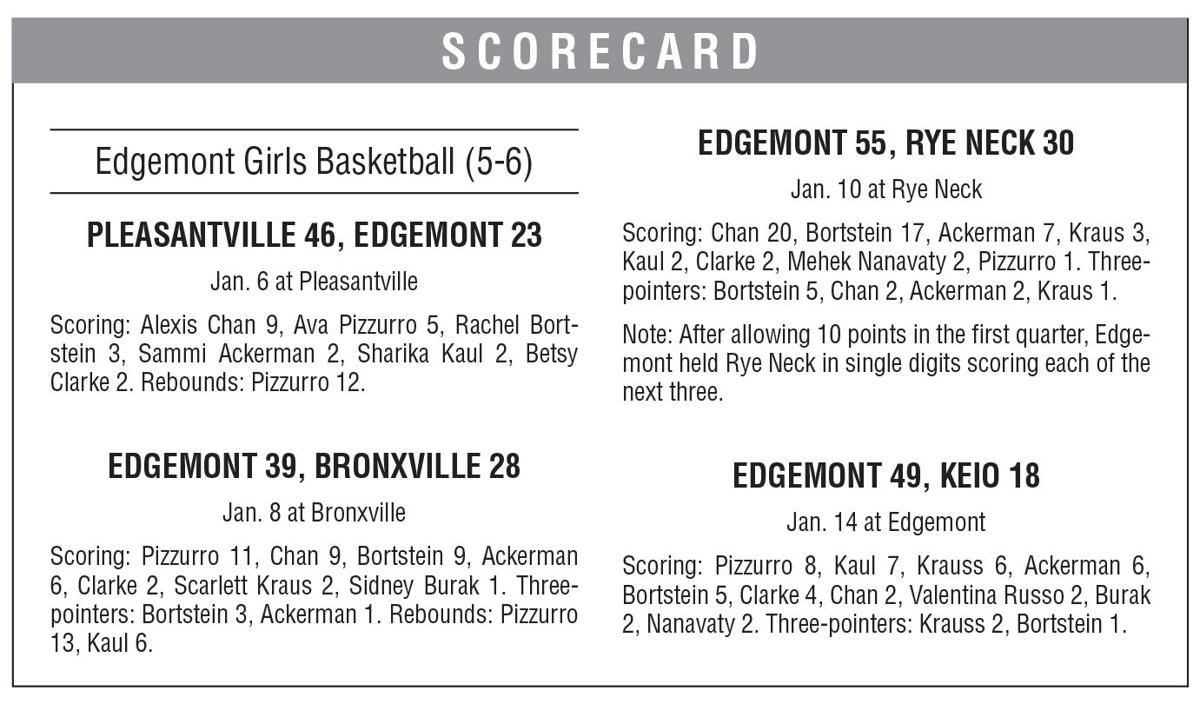 Larry Giustiniani felt his 2-5 Edgemont girls basketball team should be winning more games, so before sending his team off for a week of vacation following the Pelham Tournament just before the new year, he had a talk with his seniors, Ava Pizzurro, Alexis Chan, Betsy Clarke and Sharika Kaul.

You can picture him looking at them, scrunching his face, tilting his head to the side and roundaboutly finally getting to his point: “This is your team,” he began, and went into a line of questioning as to why they are so quiet and don’t get on their teammates when they need to.

The answer wasn’t surprising: “They said they didn’t want to say something about someone if they weren’t playing well,” Giustiniani said. “I said, ‘That’s easy.’ You just talk about yourself first and then say, ‘And I think we can do this better.’ They were like, ‘Oh.’”

The bottom line was something Giustiniani knew too well, that his players are all “nice.” But, he noted, “Sports teams gotta get a little dirty and sweaty and testy with each other. You don’t have to go Billy Martin-Reggie Jackson, but something.”

In the new year the team has played in four games. After opening with a loss to Pleasantville, a team that has given the team problems in the past, Edgemont rattled off three wins, including two in dominant fashion.

“I needed them to help me, be more verbal, echo the tenets of the way we are supposed to play basketball,” Giustiniani said. “They needed to reverberate that. The team needed to hear it on the floor, not just me yelling it out. And they have been. They’ve been talking pre-game, during the game, during timeouts, during practice. They have just taken over communicating and leading.”

With that switch flipped, Edgemont has been a more cohesive unit on and off the floor and it has taken that burden off the coaches and put it on the players to self-regulate certain aspects of that team dynamic. That pre-break “flatness” was gone. Like that.

“I think they needed the push,” Giustiniani said.

Another push the team needed was beyond the starting five. Sure, Giustiniani has Sammi Ackerman as his sixth man, but he knew he needed more support.

So he put forth another challenge, this time to the entire team. Instead of mixing the team up in practice, he made the starters one group and the role players another group for drills and scrimmages to help build bonds for the two units. In the last two games, a 55-30 win over Rye Neck and a 49-18 win over Keio, that second unit has seen more floor time with the starters putting the games away early.

“That second group has really held their own a lot in practice and I’ve been able to see them improve this past week in practice,” Giustiniani said. “I like seeing what I saw today in terms of putting them on the floor. Their hesitancy wasn’t as much as I had anticipated. They all have to come on the floor trying to contribute, not exist.”

Ackerman is the perfect example for Giustiniani to use to teach her younger players. She’s the sixth man, but not because she can’t start. She’d be a phenomenal starter, but then the team wouldn’t have the spark it needed off the bench.

“She’s as talented as every starter,” Giustiniani said. “It’s what she brings and I don’t think another starter can bring that off the bench. She’s the only one that can read the game and come in and hit threes, play defensive, make steals. I let them know that’s what I want when I bring somebody in the game. I want to see how that develops.”

“Basically if you’re on the floor, Sammi is in all of your sights,” Giustiniani said. “The kid I think needs a break or is not covering assignments or whatever it is, I can’t wait to put Sammi in. She’s literally the sixth starter.”

The longer Giustiniani has to keep Ackerman on the bench, the better. “That’s a good thing,” he said. “That’s a really good thing.”

What this has all added up to is a team that has built up to a 5-6 record using a team concept. The Panthers have won four of their last five games.

“It makes us more confident for the future and the fact that we won some league games is really important,” Ackerman said. “We were on a losing streak until the tournament at Pelham when we played Poughkeepsie. That game really boosted our confidence and set us off for the next couple of games. It felt good and it was really fun.”

Bortstein said the team’s focus has to be in the moment at all times.

“It’s thinking about each individual action,” she said. “If it’s open, do it; if it’s not, next pass, next thing. It’s boom-boom-boom. Not too much thinking. Do what you see.”

She also credited the captains for helping turn the team’s vibe around, allowing everyone to be comfortable both succeeding and making mistakes.

“The captains for sure, but I think everyone has a certain role,” Bortstein said. “The newcomers are starting to fit in, but all of us older players have been playing together three or four years now. We know each other and how we play.”

The winning streak started with a competitive 39-28 game vs. Bronxville.

“Bronxville was a much needed league win,” Giustiniani said. “Very strong second half with a 13-2 third quarter run that separated us from them. Second half shooting seemed to break out of the post-break slump. Defense really stepped up as a total team effort.”

There are games the players also wish they had pulled out, none more than the double overtime 69-63 loss to Blind Brook. The team looks forward to that league rematch.

“We played really well in the first game,” Ackerman said. “It was really close and I think that’s going to be the challenging game.”