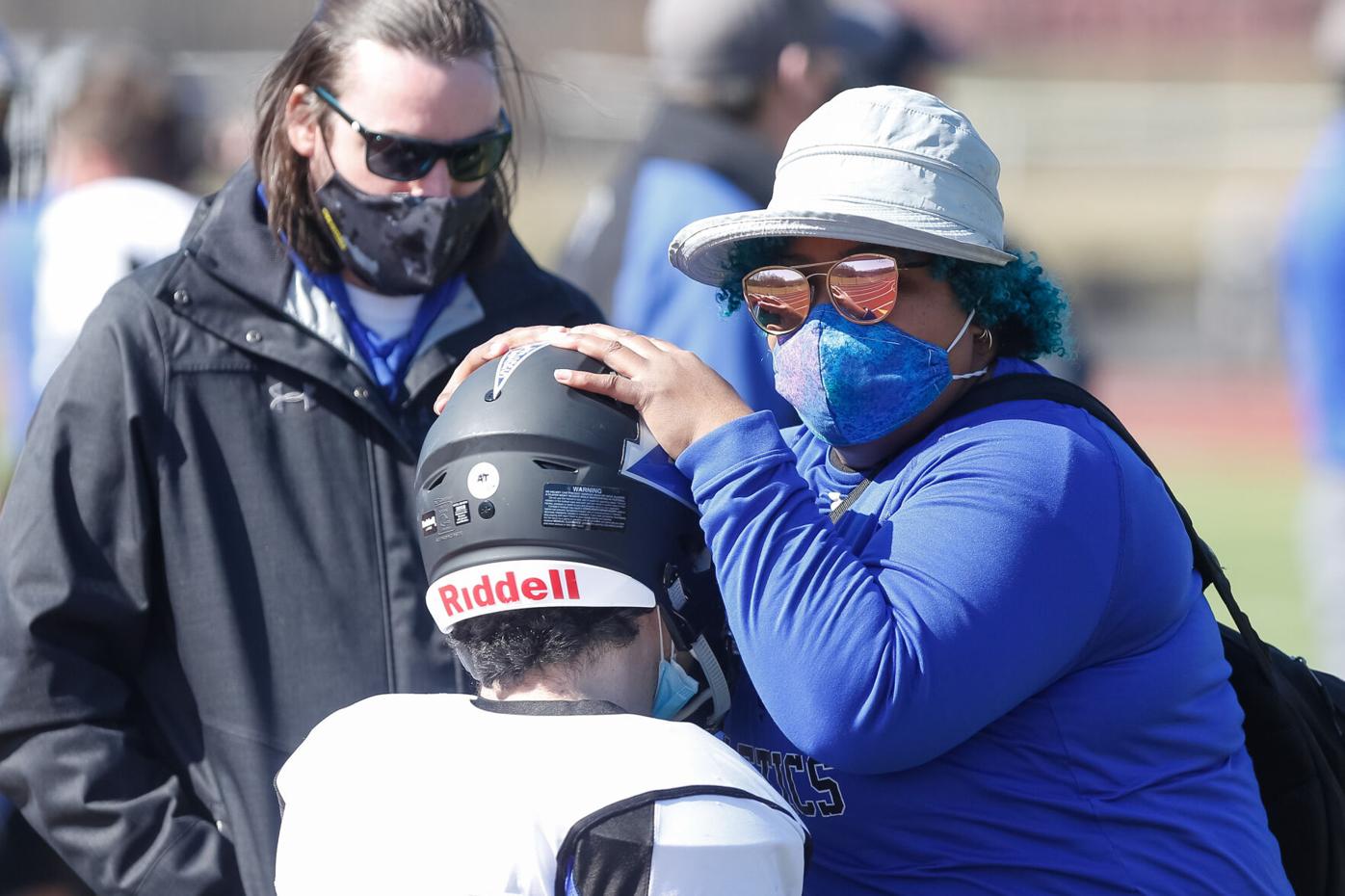 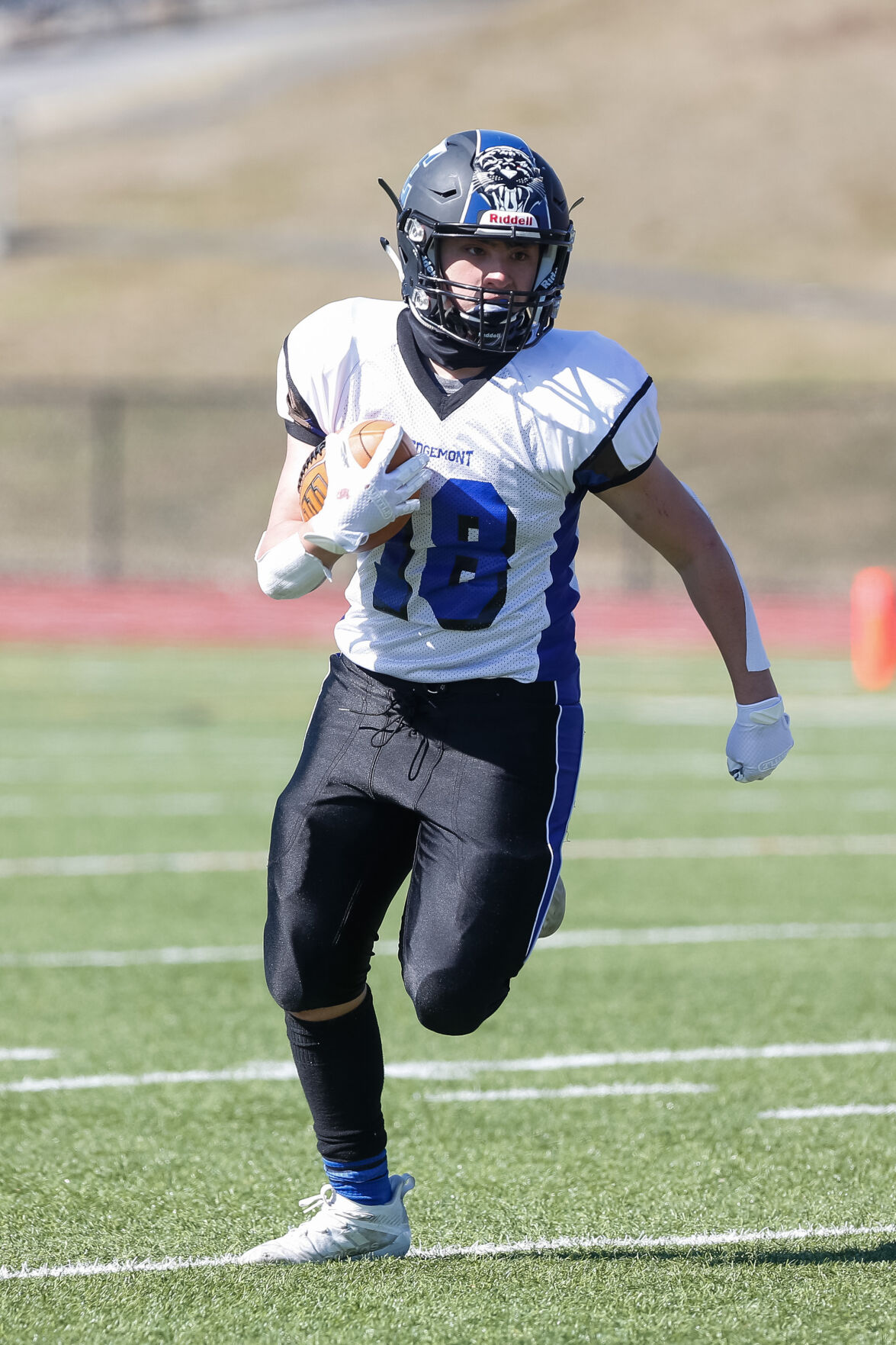 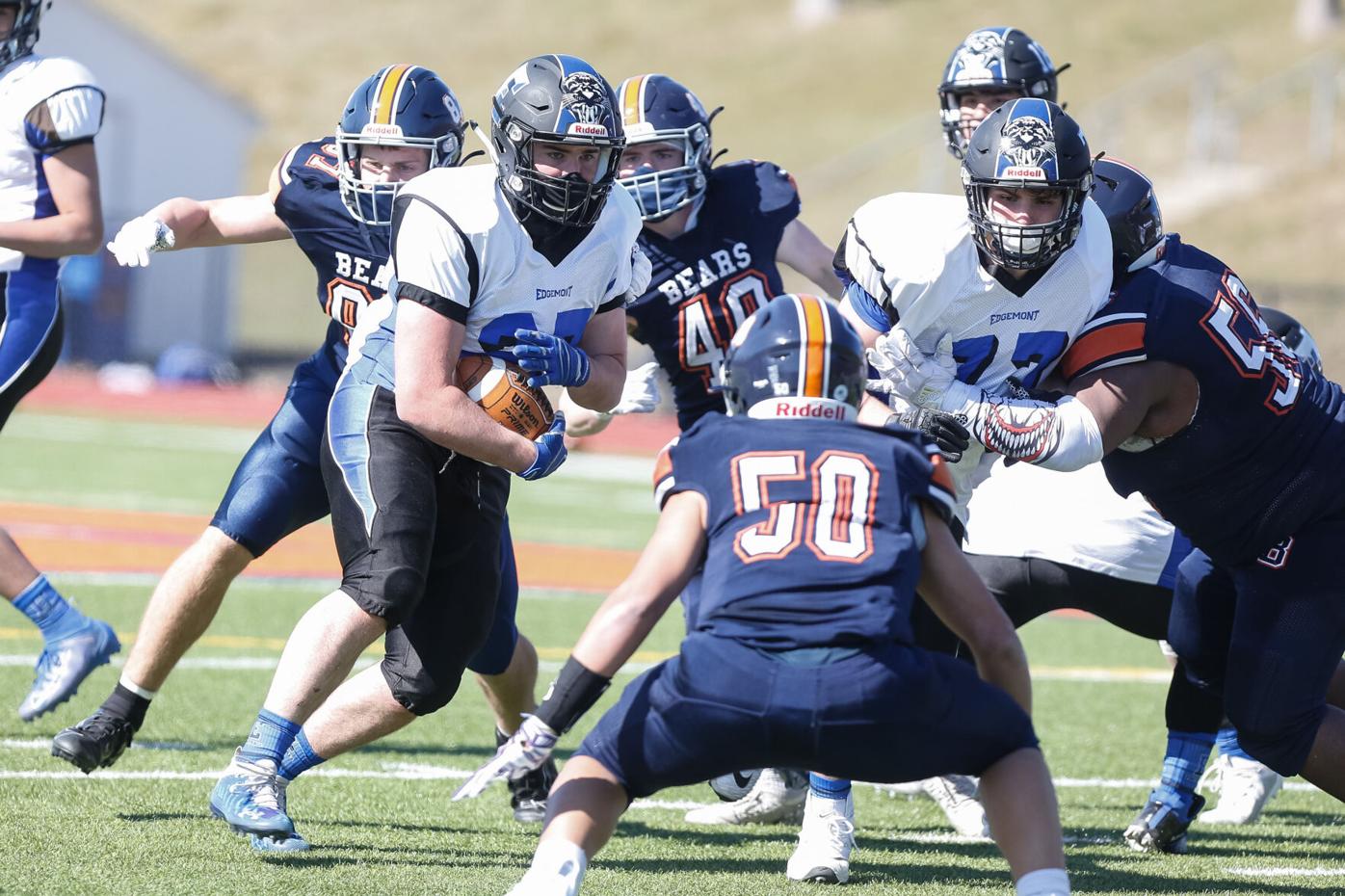 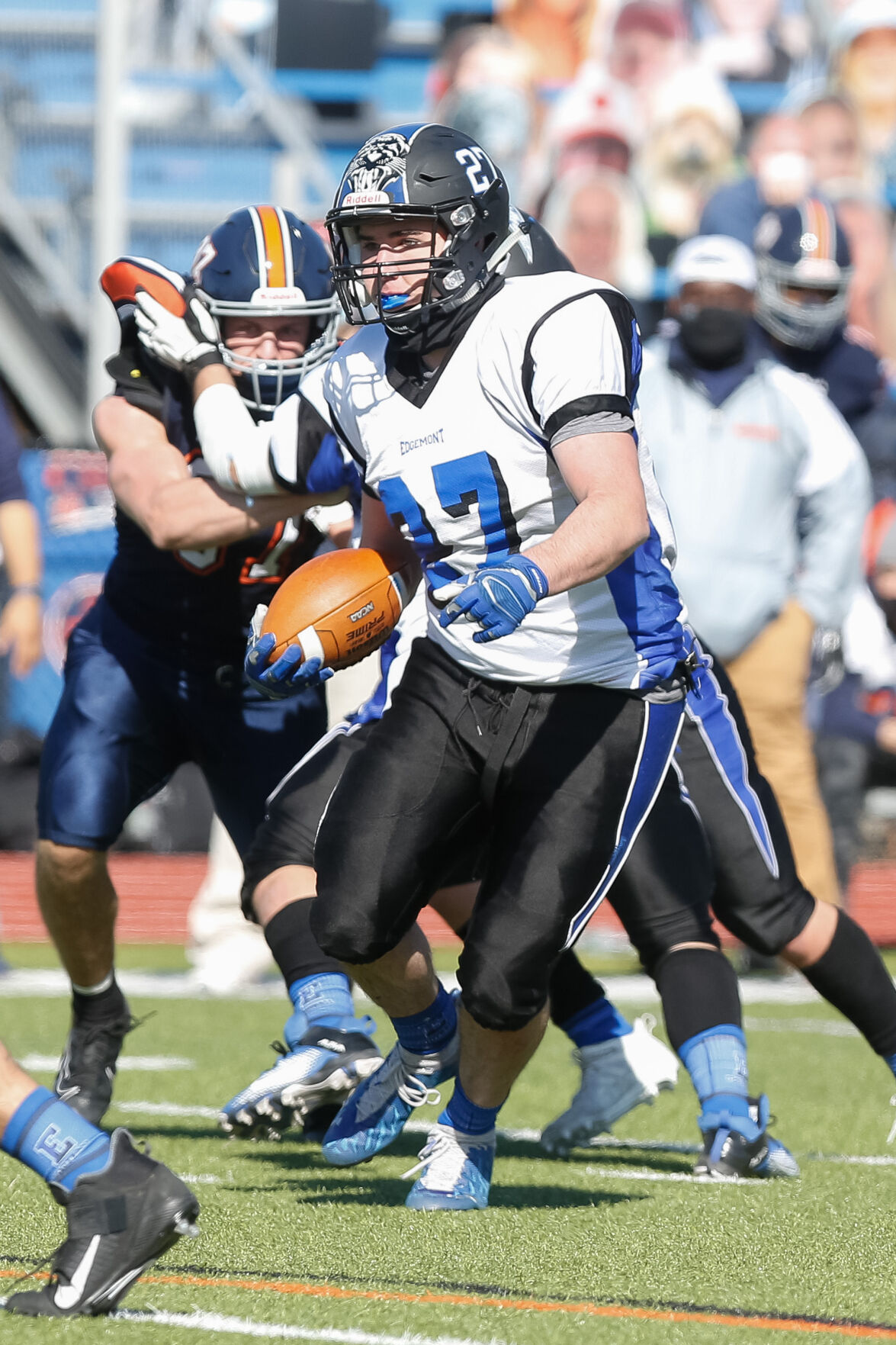 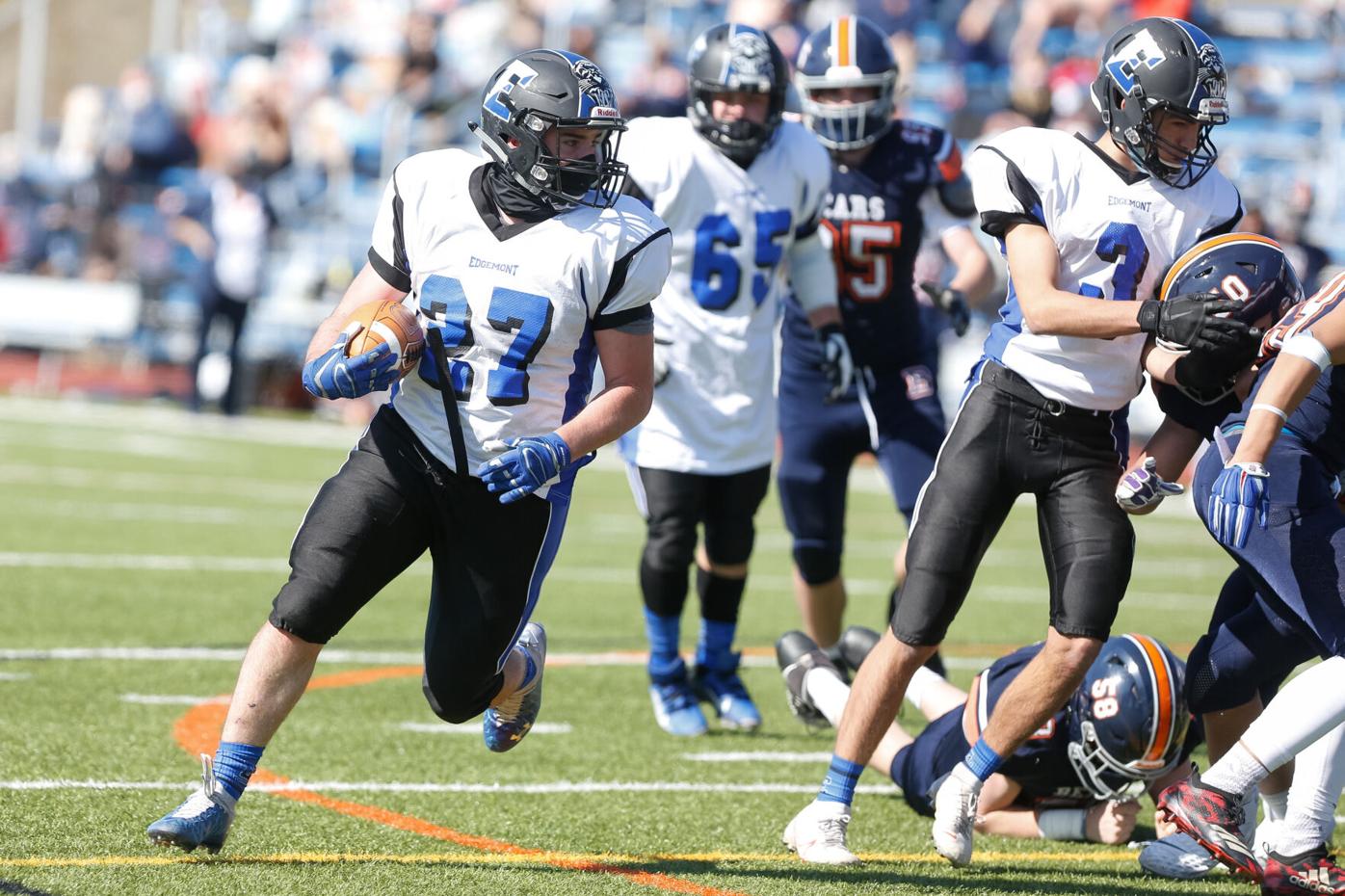 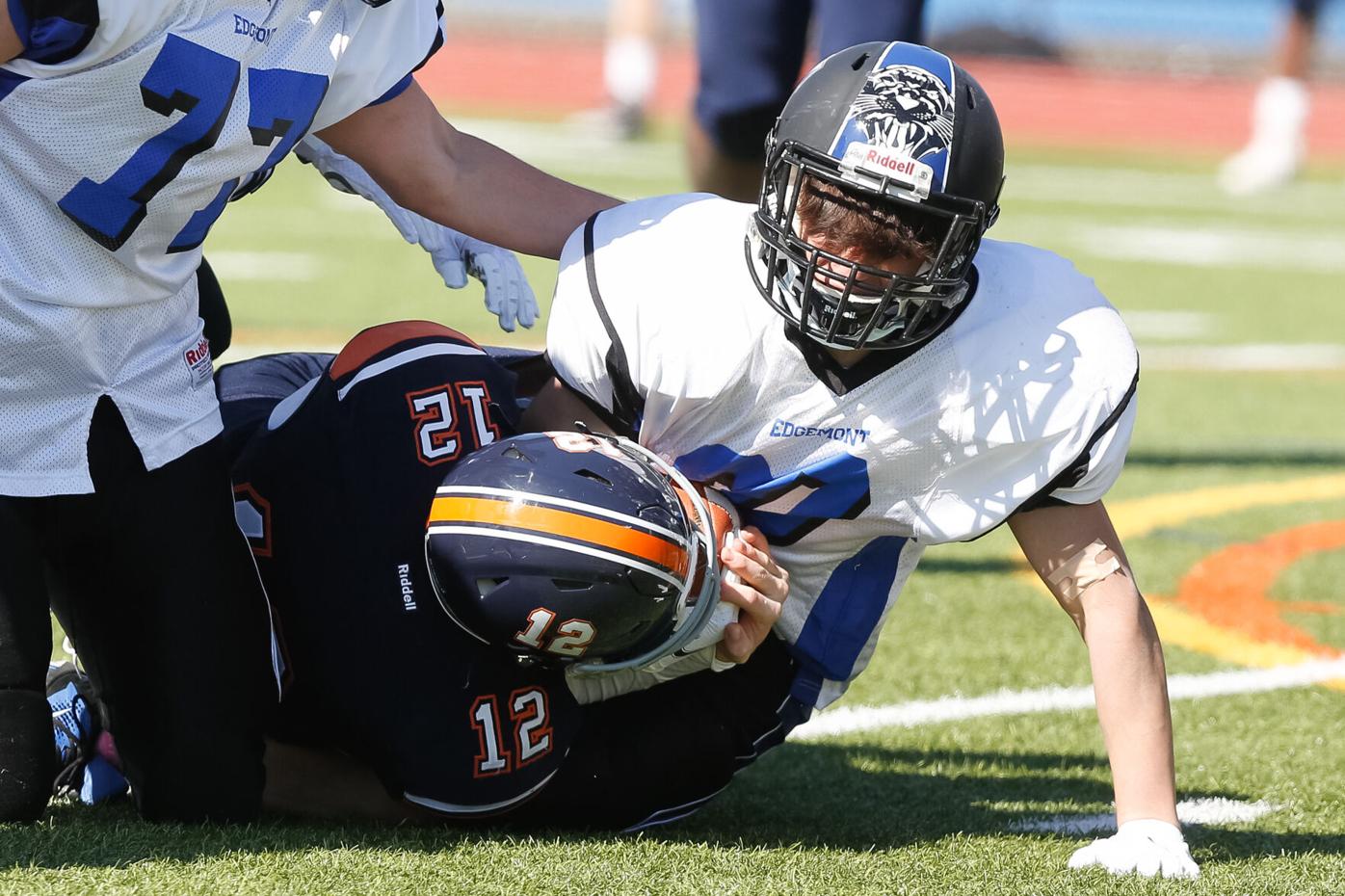 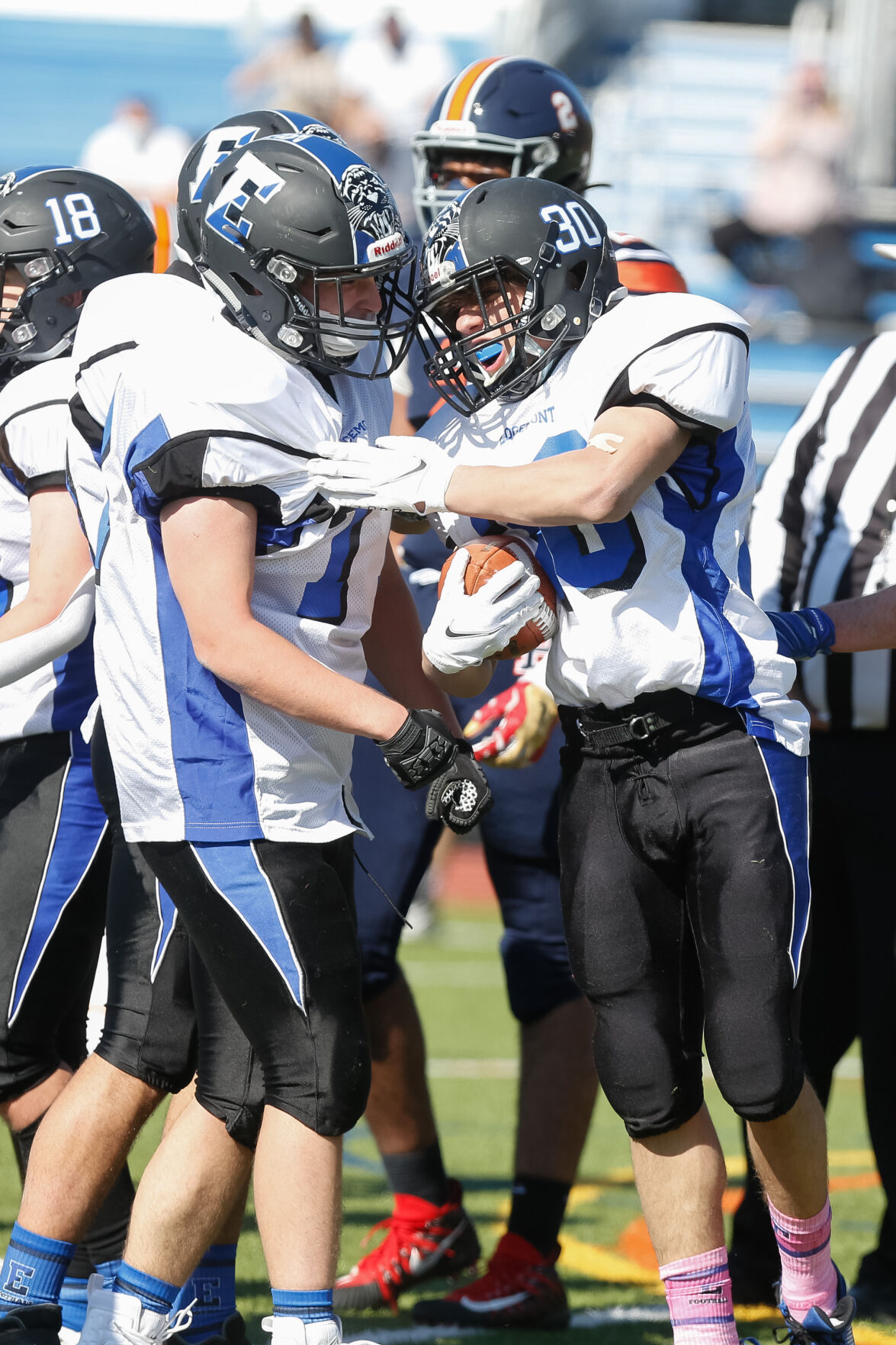 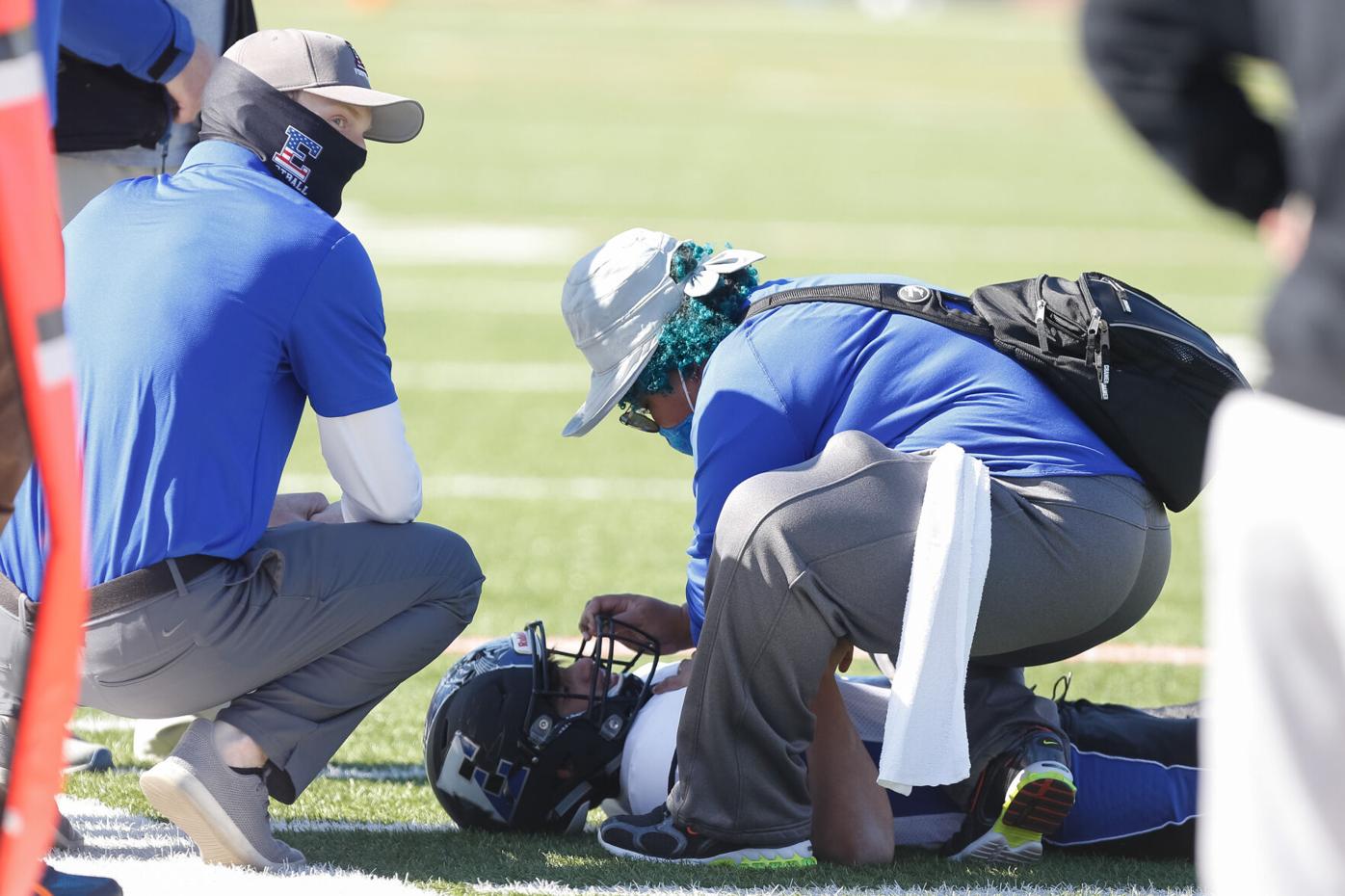 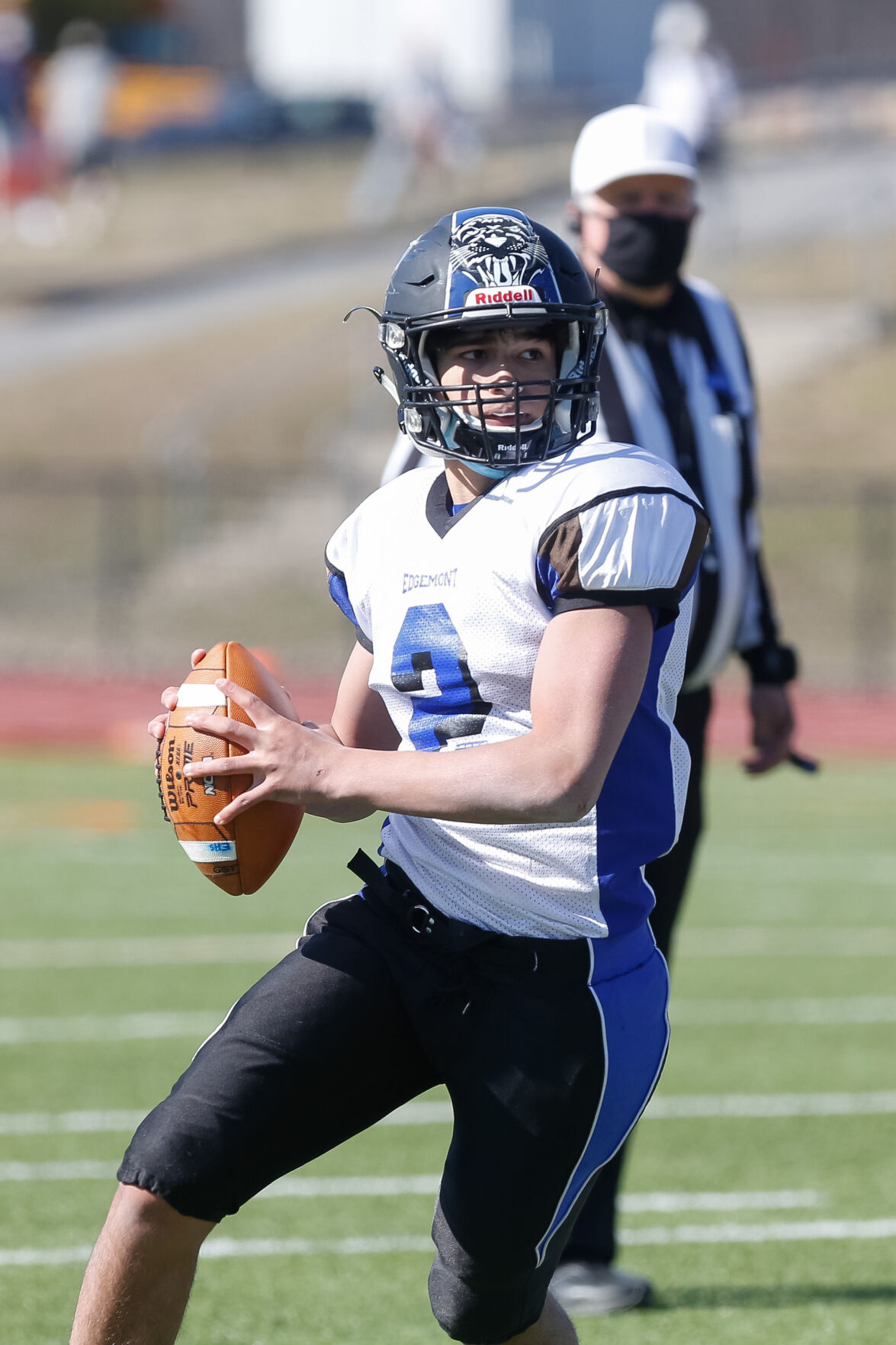 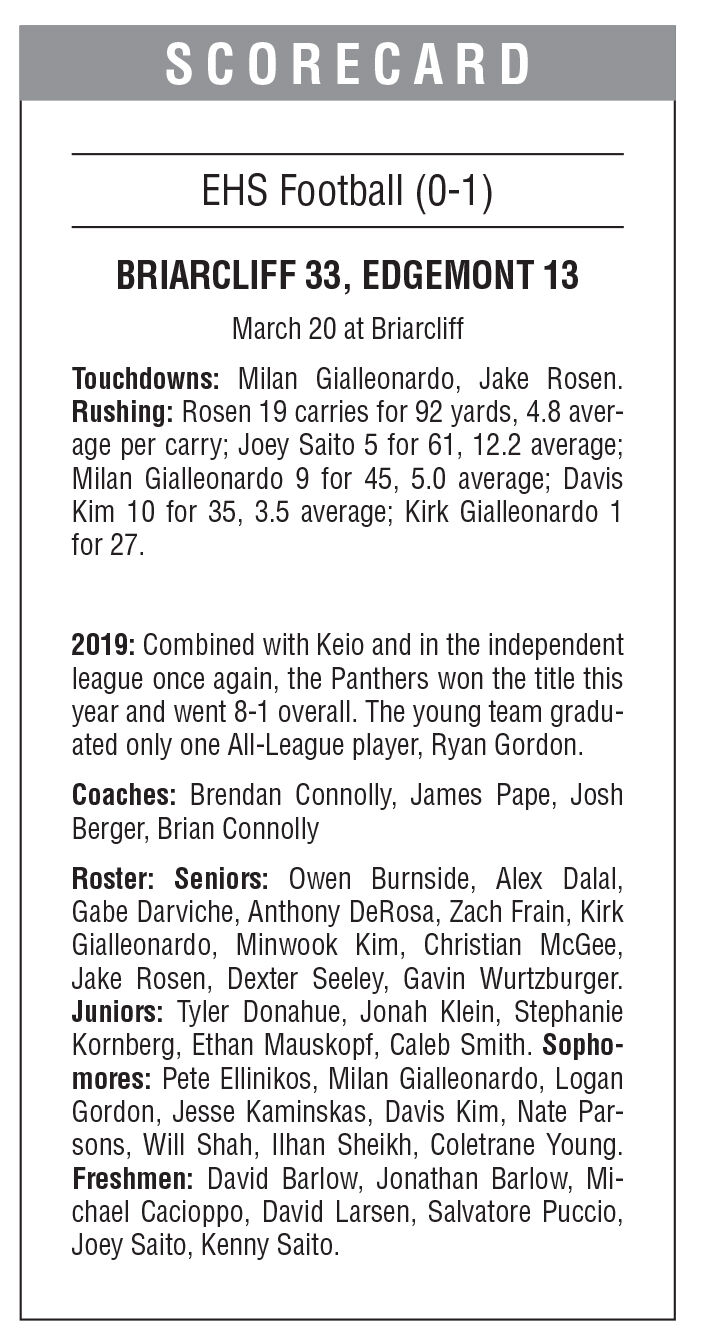 All four are two-way starters for the Panthers.

“We showed incredible resolve,” coach Brendan Connolly said. “Our kids worked their butts off until the end of the game, really from the second drive on. They had a couple of big pass plays, but that was it. Our kids were in the right spots, they knew where they were supposed to be. They kept pushing. We didn’t have a quarterback, so we put Jake at quarterback and ran the ball and kept moving it. That shows the heart that our teams has. They’re always going to work. They did a great job the whole rest of the game after Kirk went out on the third play of the game.”

In a 33-13 loss to host Briarcliff on Saturday, March 20, it was a busy day for athletic trainer Teresa Roane.

“In all my time around football coaching and being an athletic director I’ve never seen anything like that and it seemed once our trainer was finished with one kid another kid went down,” athletic director Anthony DeRosa Sr. said. “It was kind of crazy… Collarbones are always vulnerable if you fall the wrong way. My son’s broken wrist, he just put his hand up at the last minute to shield off the block as the kid lunged to block him and helmet to hand at the right moment, right angle and there goes the wrist.”

Connolly had to make major adjustments on the fly, including putting senior Jake Rosen at QB to finish out the game. The challenge going forward is not having Kirk Gialleonardo or DeRosa Jr. the rest of the season and waiting for Milan Gialleonardo and Burnside to return.

Seeley was just happy to be back playing football. “Being unable to do anything during the COVID-19 pandemic, getting back into it was a blessing to get back with my family, my team, my brothers that I go to war with,” he said.

The team had not been hit hard by graduation, so the Panthers had big expectations heading into the season.

“I thought that our starters that knew what was going on and who were used to getting hit in football and who had been in games before, getting back into the season they had that hunger and that drive,” Seeley said. “For a lot of the new kids starting out — this year we’re starting a lot of new kids — this was their first game and maybe they made a few mistakes, but we’ll be able to pick that up and fix that this coming week I think.”

Preparing for the season wasn’t easy without the summer to prepare, double sessions or a scrimmage, especially with so many new and young players. Seeley said it “affected our readiness.”

“I think you see today how crucial an offseason program is,” Connolly said. “They were able to do a lot of work in the offseason and we weren’t. They were just playing at a different speed than we were. Credit to them — they were bigger, stronger and faster than us. They were on a better page than us. We did not have enough practice going into this game and it’s on me to make sure we are ready. We’ve got to regroup, figure out what we’re going to do next week and come back and learn from it and try and get better.”

Edgemont, like it has done at times in the past, considered not playing this coming weekend, but upon further review by the coaching staff determined the team will be able to plug in the holes without putting anyone in danger.

“The biggest concern is always when linemen start going down,” DeRosa Sr. said. “Then you make your skill players vulnerable. We feel confident that the line is going to be solid enough to hold up to allow us to run the ball and if we need to throw the ball at all we feel we can do that just to keep the defense honest.”

As it turns out Albertus Magnus, which hosts Edgemont this week, lost its starting QB and running back for the season last weekend.

“I think we’ll be in a good place because Milan will come back as long as he gets through all the protocols,” DeRosa Sr. said. “We’ll have a kid that’s used to playing quarterback back running the offense and we’ll be in a better spot next week than we are going into this week.”

Edgemont is competing in the independent league once again with Briarcliff, Irvington, Croton and Hastings, with Albertus Magnus replacing Blind Brook, which put a team together too late to get in the league. Each team will play each other once and the sixth week will be the 1 vs. 2 seed and 3 vs. 4, with 5 and 6 having the option whether or not to play. Edgemont was in the independent league finals the last two years and won the league last year.

Last year, even with Keio, Edgemont had 19 kids. This year they started out with 32, including seven freshmen who are waiting to see if there will be a modified program, and some athletes who normally play soccer in the fall.

“I’m hoping the team can rally around each other and kids who are next in line can step up and they can have a successful, enjoyable season despite that first game,” DeRosa Sr. said. “That’s behind us. We have to look forward and have confidence in the coaches and kids to make it work.”