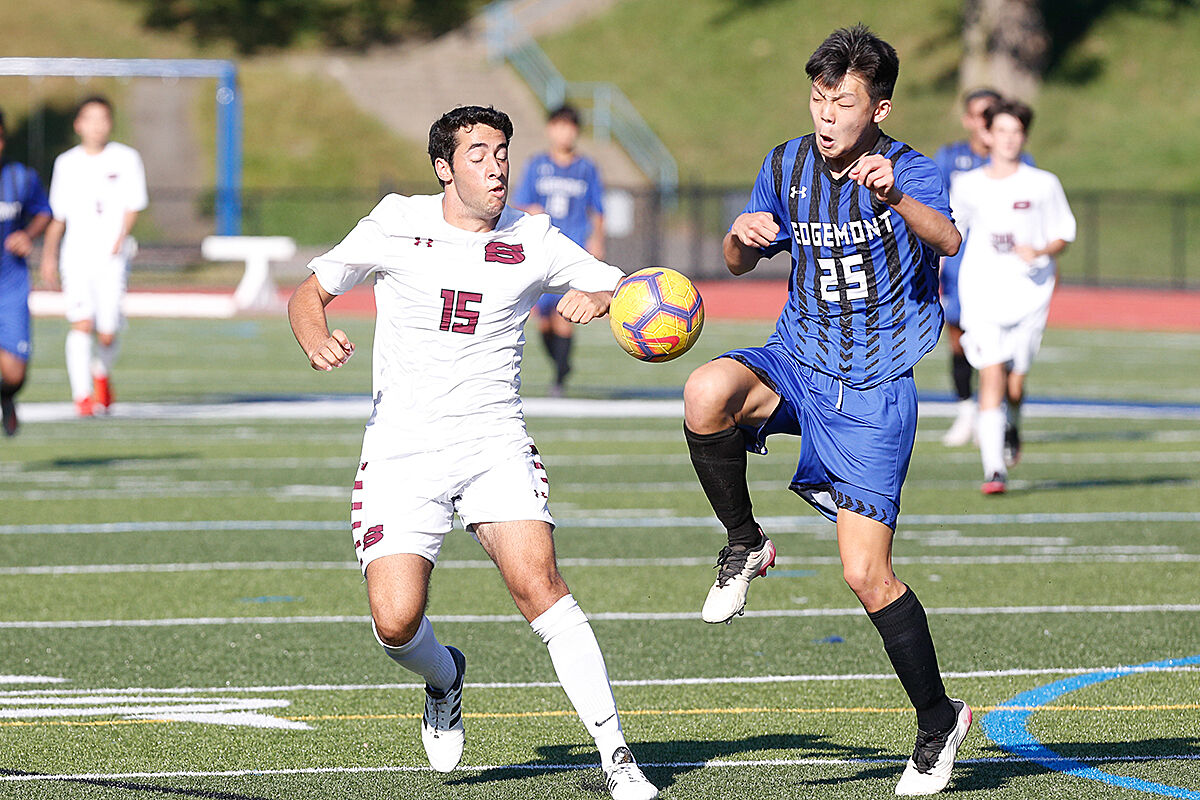 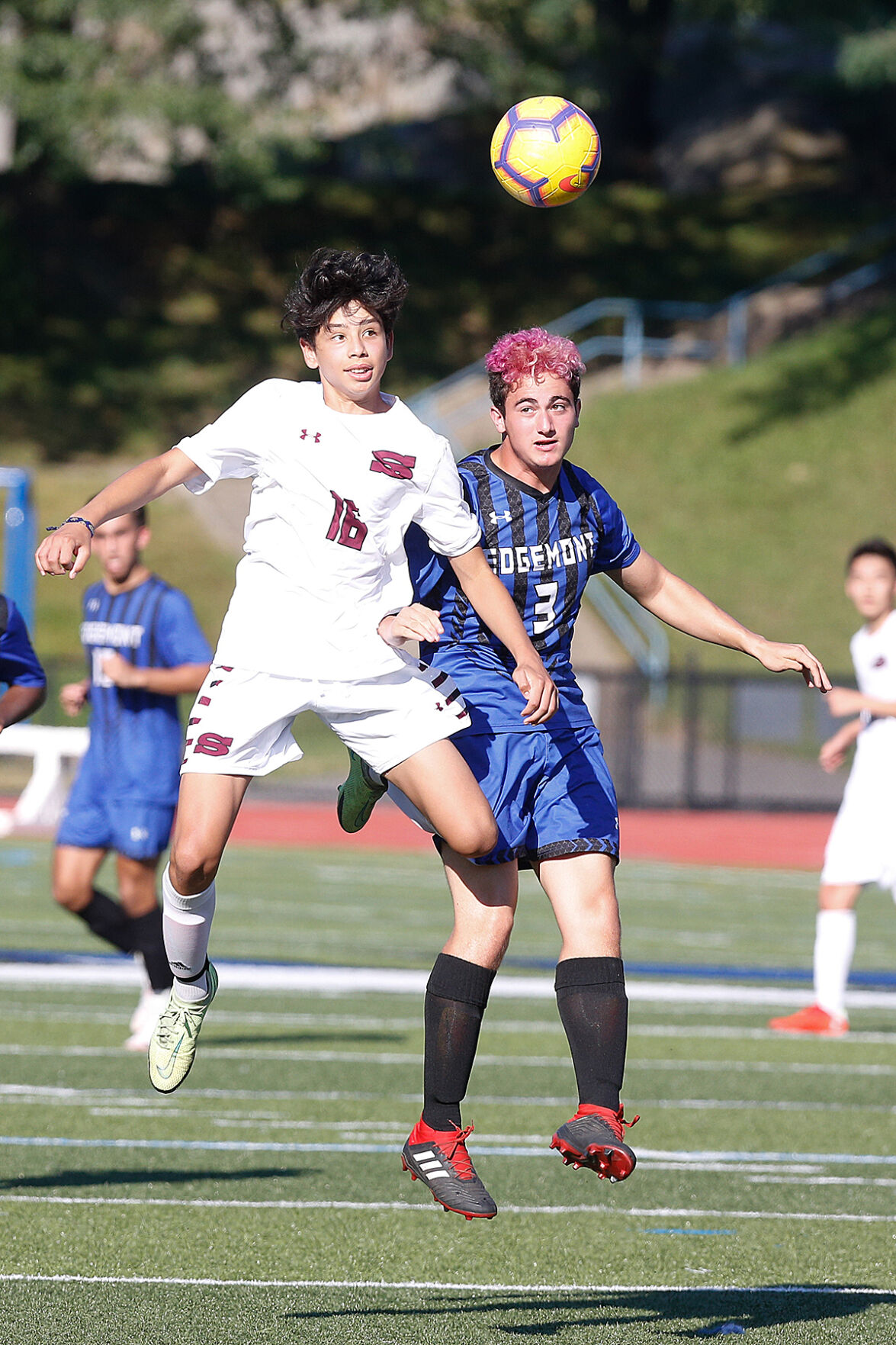 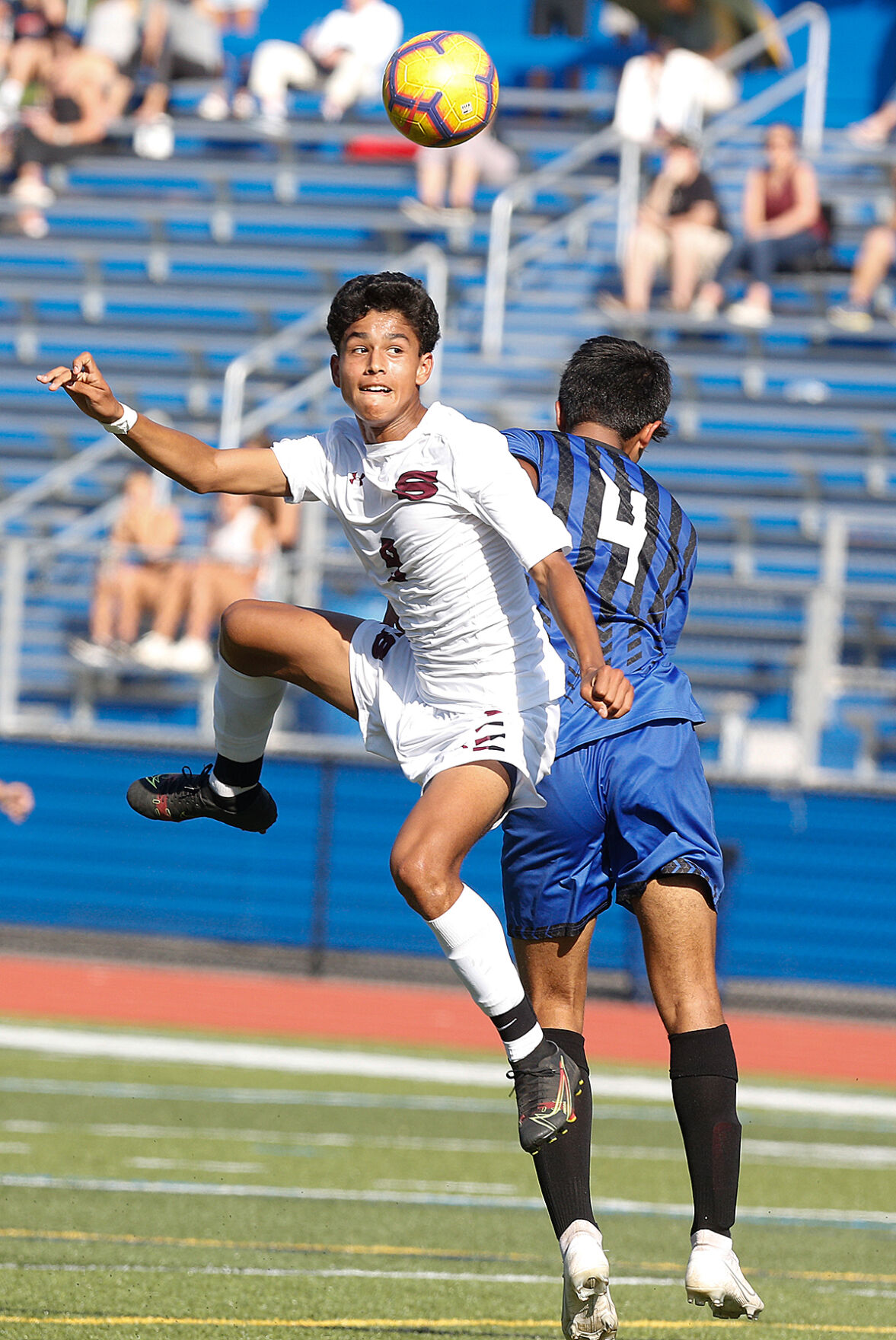 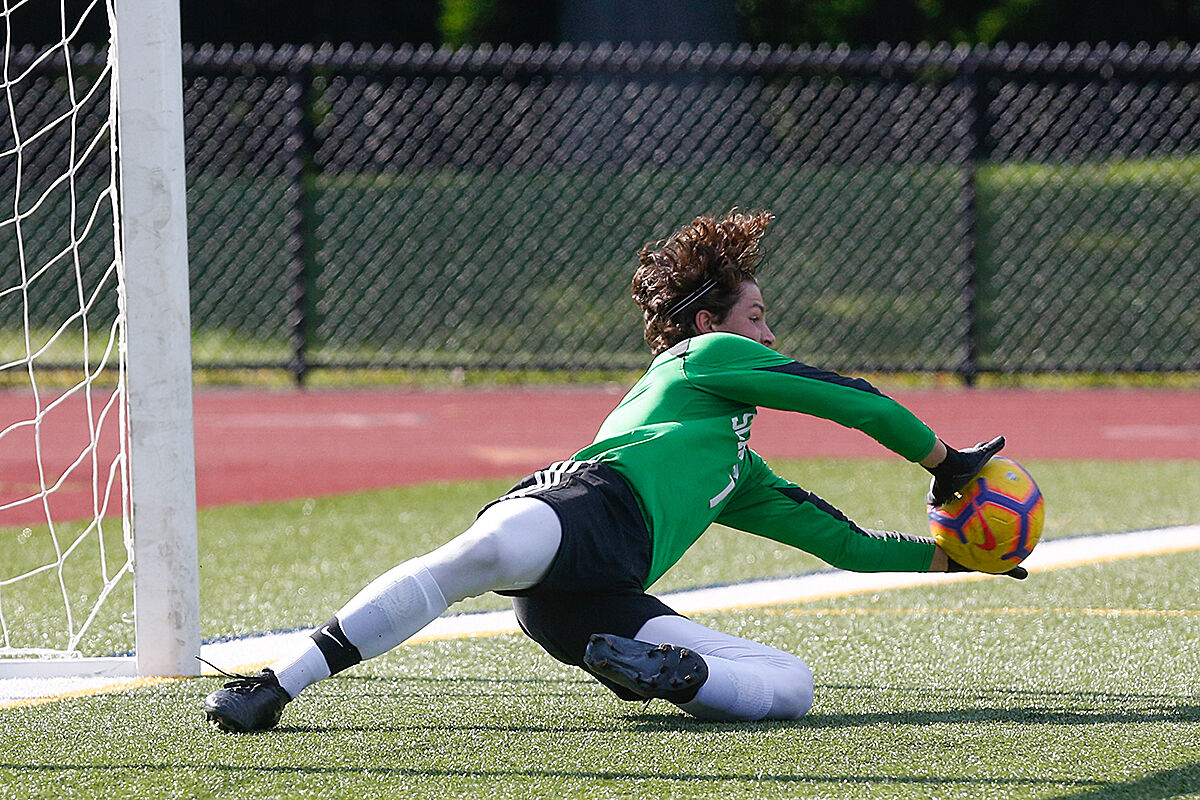 Scarsdale's Rowan Haffner with the save. 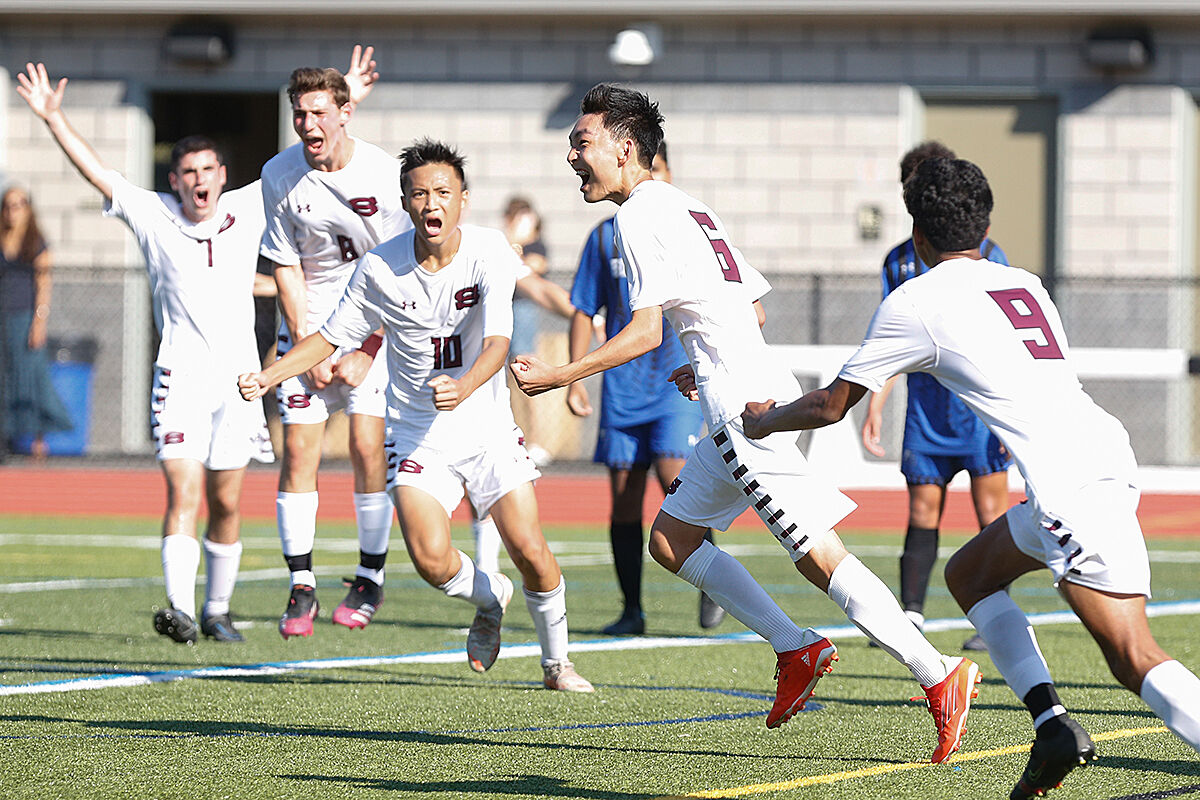 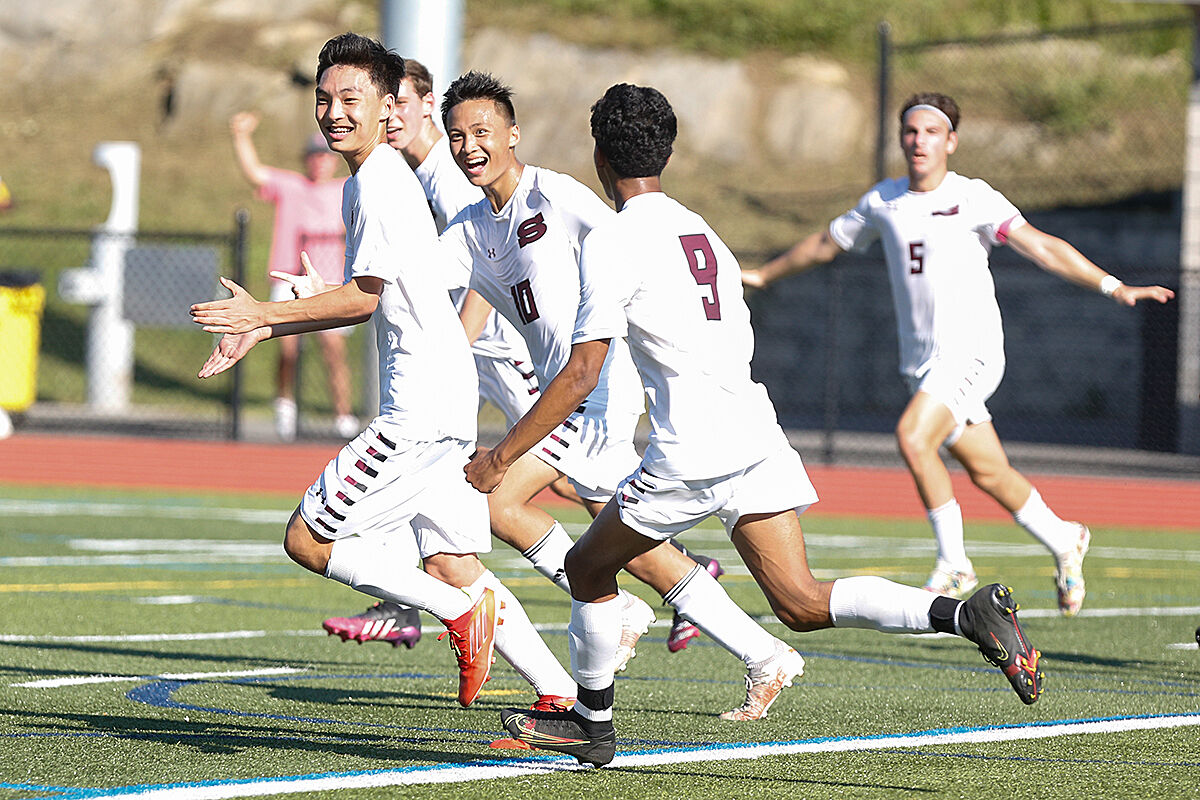 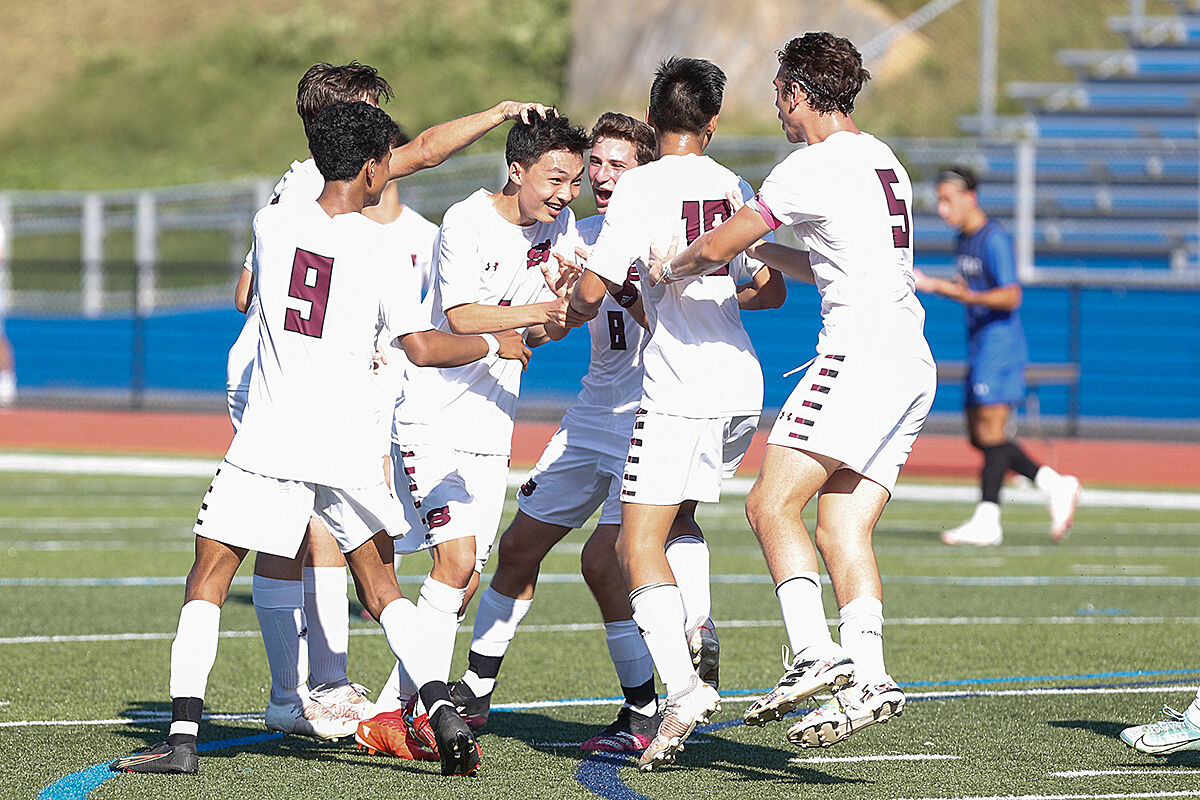 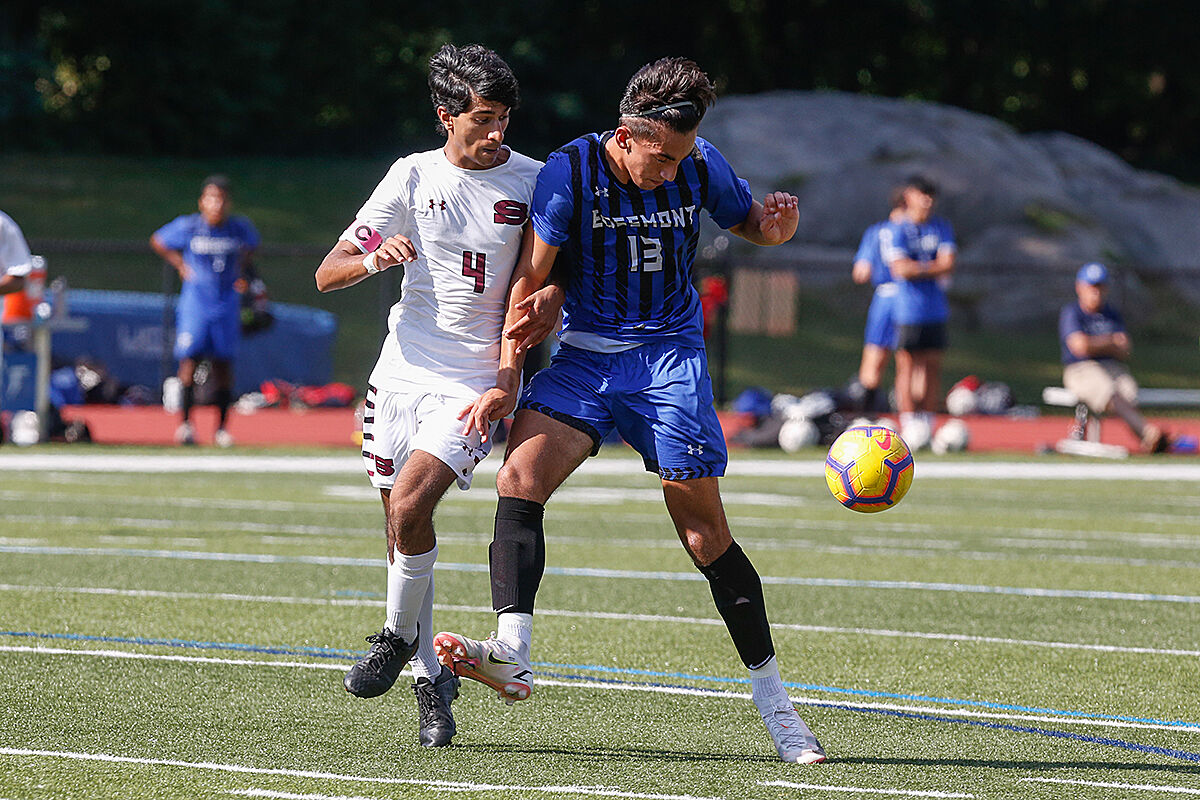 Kian Batliwalla vs. Will Shah

Scarsdale's Rowan Haffner with the save.

Kian Batliwalla vs. Will Shah

After a two-week break without a game due to cancellations because of an issue with its turf field, Scarsdale’s boys soccer team showed no rust as the Raiders rolled to a 3-0 win over White Plains followed by a 1-0 victory over Edgemont.

“This team is ready,” Scarsdale coach Marcos Monteagudo said. “They’re focused and we have some goals and we hope to meet them.”

He continued, “We return quite a bit [of players]. We have some high expectations and we hope to fulfill them.”

Luke Peltz scored on a penalty kick in the 30th minute to give the Raiders the lead against visiting White Plains on Sept. 17. Nico Galeano found Eli Gelblum for the next goal in the 50th minute. Trevor Cohn sent in a corner kick for a goal to conclude the scoring.

The next day Scarsdale traveled to Edgemont, who the Raiders were playing for the first time in three years, and pulled out a 1-0 win behind a second-half goal from junior Matthew Choe.

After a slow first half, the Raiders came out of halftime on fire, controlling possession while moving the ball fluidly. That eventually translated into Choe’s goal, which came after a deep throw-in by Peltz, a senior captain and defender, in the 50th minute. Peltz heaved the long throw and it bounced. And bounced. And bounced. Choe was there for the header and the ball sailed into the net for the only goal the Raiders needed.

“He’s just one of our team leaders and we expect him to be what he is out there,” Monteagudo said of Peltz. “We’re thrilled to have him.”

After a scoreless first half, Monteagudo said the Raiders made some adjustments at halftime.

“We thought we had to go after the game,” he said. “[Edgemont was] sitting in and defending really well. We were having a hard time breaking them down and creating chances. We made some moves where we brought somebody else up top and I think it worked.”

The Panthers turned up the heat late but were unable to find the equalizer. Will Shah had a breakaway with about 12 minutes to go but sent it over the net. Edgemont had a chance on a free kick from about midfield with the final seconds ticking down, but the Raiders were able to thwart the last-ditch effort.

“Obviously, they were down 1-0 and at some point they were going to press us,” Monteagudo said. “They’re a really good team and I’m happy that we were able to hold them off there at the end from getting a real quality opportunity. They got some half-chances that were a little scary but generally speaking I thought our defense was pretty strong.”

Edgemont coach Mike Cozza was proud of the way his Panthers battled despite missing some key players.

“We take a lot of positives,” Cozza said. “We were shorthanded today; three defenders were out. A couple of guys got hurt and we had I think five guys on the bench. We’re playing better each day. We preach that in practice: get better each day. We’re playing more as a team, which we weren’t doing at the beginning of the year, a lot of individuals. But I think it’s coming along.”

He continued, “I think we just ran out of steam [against Scarsdale]. Our legs, playing a couple of games this week, and being shorthanded, it was tough.”

Haffner made four stops for the Raiders while Edgemont goalie Sander Schuchat made seven saves.

Shah netted a hat trick and Edgemont bounced back with a dominant 4-1 league win over Hastings on Sept. 21. Sander Schuchat, Benny Schuchat and Tapan Sidhwani had assists in the win. Daniel Bench had the other goal. Sander also made seven saves for the Panthers, who improved to 3-2.

Scarsdale, which returns eight starters from last season, couldn’t make it three in a row as they suffered a 2-1 loss to Arlington on Sept. 21. Trailing 2-0, Leo Khang scored with just three minutes left on a feed from Adrian Lim. The Raiders saw their record drop to 2-1-1.