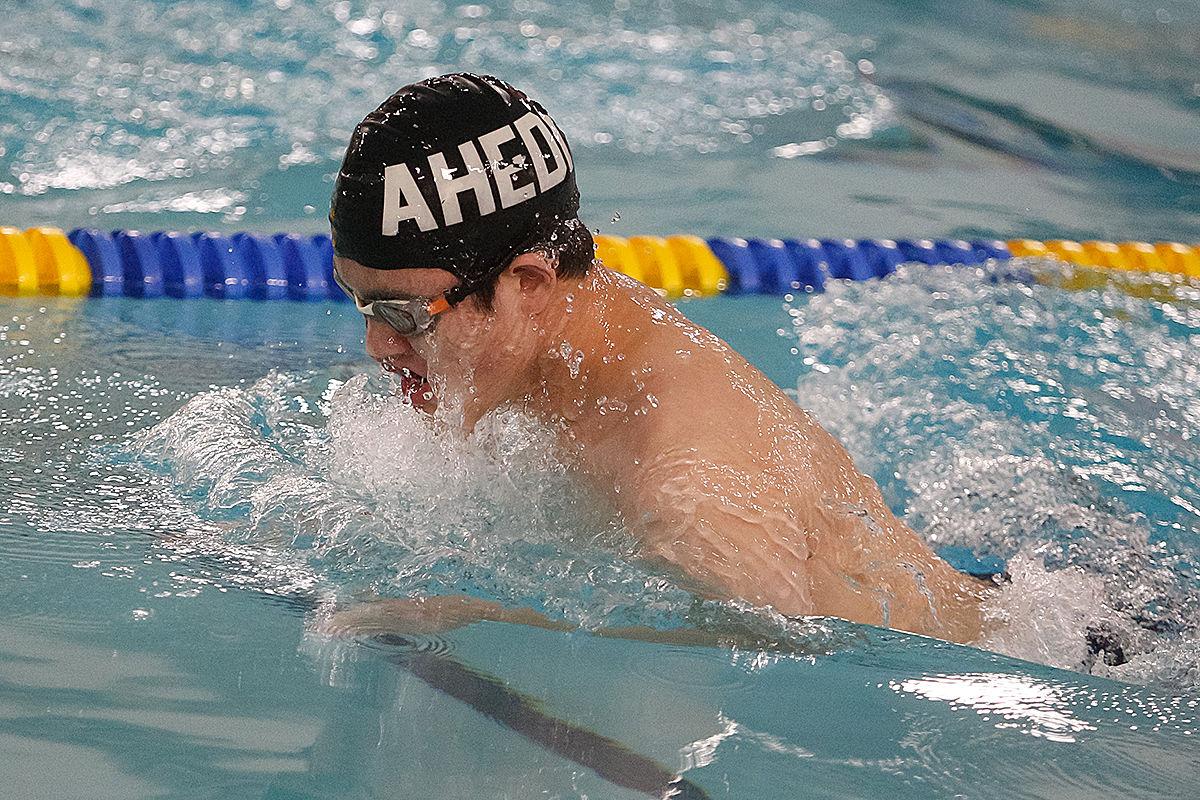 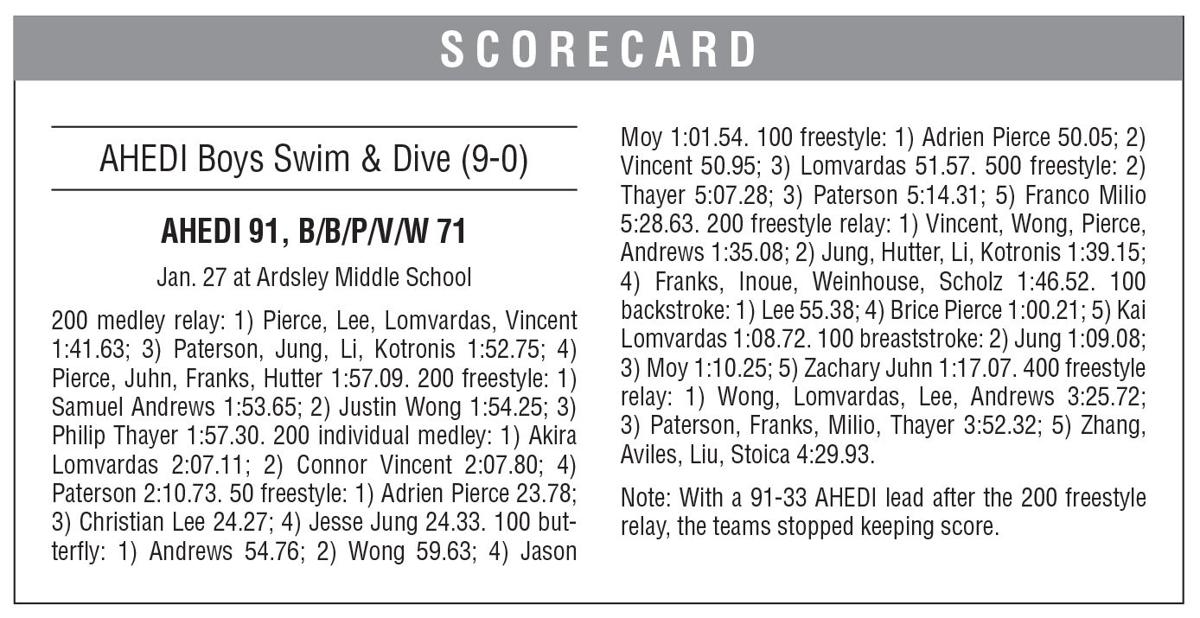 Jackie Cordero has two decades of experience coaching the Ardsley swim team. Ilan Noach has over a decade with Ardsley and the teams it has merged with over the years. Tobey Saracino has just under a decade in the mix.

And together they have built a program.

AHEDI — Ardsley/Hastings/Edgemont/Dobbs Ferry/Irvington — has been a strong lower division team for many years, but didn’t enter into the League 1 power league until last year, when the team was 8-1 and took Section 1 runner-up honors to perennial favorite Horace Greeley.

This winter AHEDI went 9-0, topping Greeley for the first time in the regular season and is looking to win the divisional and sectional meets coming up.

After a year coaching bowling at Edgemont, Saracino, who was already coaching the Sleepy Hollow/Hastings/Edgemont/Irvington girls in the fall, joined Cordero and Noach, the coaches for Ardsley and Hastings, respectively, for the 2011-12 winter. This is their ninth year together and they have since added Irvington and Dobbs Ferry to the mix.

When Saracino started with the boys team, replacing James Loveless as Edgemont’s representative on the coaching staff, there were five boys from Edgemont on the team. Now Edgemont is the majority school and provides much of the team’s firepower and depth.

“Being undefeated was not even a consideration,” Saracino said. “It was a dream and to be here all these years after, this is pretty awesome. I think the kids are excited. The kids who have been here the longest really get it. The younger ones still kind of are like, ‘Oh, we won a lot of meets.’ It’s great for them to see the hard work you put in is what you get out of that.”

The evolution of the program to what the team has become over the last two years began in the 2015-16 season when Dobbs Ferry’s Samuel Andrews joined the team as an eighth-grader. Now a senior, Andrews is the lone five-year swimmer on the team. The next year he was joined by then-freshmen Sam Hutter of Ardsley and Edgemont’s Zachary Juhn, Jesse Jung and Max Li and then-eighth-grader Justin Wong. After going 4-5 and 5-3 in 2014-15 and 2015-16, respectively, AHEDI was 9-1 in 2016-17. (Ardsley has a modified swim program, so middle schoolers are not allowed to join varsity.)

Andrews and the team’s handful of four-year swimmers truly appreciated sealing up the perfect regular season on Monday with a dominant win over the other five-school merger, Byram Hills/Briarcliff/Pleasantville/Valhalla/Westlake.

“As the years progressed we’ve been building on what we had, getting better and continuing to have good chemistry,” fourth-year AHEDI swimmer Wong said. “We have a big team and each year we’re getting even better.”

Back when junior Wong started on the team as an eighth-grader, he never would have guessed the type of progress the program would make in such a short time, similar to what the girls did with SHEDI, having won the Section 1 title the last two years.

“I’ve been on the team for a long time, so it’s cool to see the swimmers I started with get a lot faster and make progress,” Wong said. “We’ve got to train hard, be locked in and swim as hard as we can for divisionals.”

For a rookie like freshman Milio, it’s all a brand new experience.

“Swimming on a varsity team is a lot different from swimming on a club team,” he said. “You’re all swimming as a team and all contributing points to the team. It’s a much different environment, a lot more fun. There’s a lot of energy between you and your teammates.”

Contributing to a winning program was a positive experience for Milio, whose sister Theresa, a senior, was part of the build with the SHEDI team. It’s something he’d like to help keep up over the next few years.

“It’s pretty exciting to be part of a team such as this,” Milio said. “We have a lot of good swimmers this year who have been doing this for many years. We have a lot of positive energy.

“Going into the postseason I want to improve and hopefully we go on to win sectionals as a team. I know the swimmers who move on to states are going to do well. I look forward to seeing how we do in the postseason.”

The League 1 championship meet is Saturday morning at North Rockland and will be a big test of AHEDI’s depth against Greeley. In the fall the girls lost to Greeley to open the season, but won in the big meets. AHEDI hopes the regular season win is a sign of things to come.

“Yes, we went undefeated, but it’s not going to be easy coming into these meets,” Saracino said. “Some of these meets we competed without diving. Fox Lane has two of the best divers in the section. Then Greeley has divers and they went undefeated until this year for seven years. It’s going to be a tight divisional meet and an even tighter sectional meet. We’re going to see some great swimming over the next two weeks.”