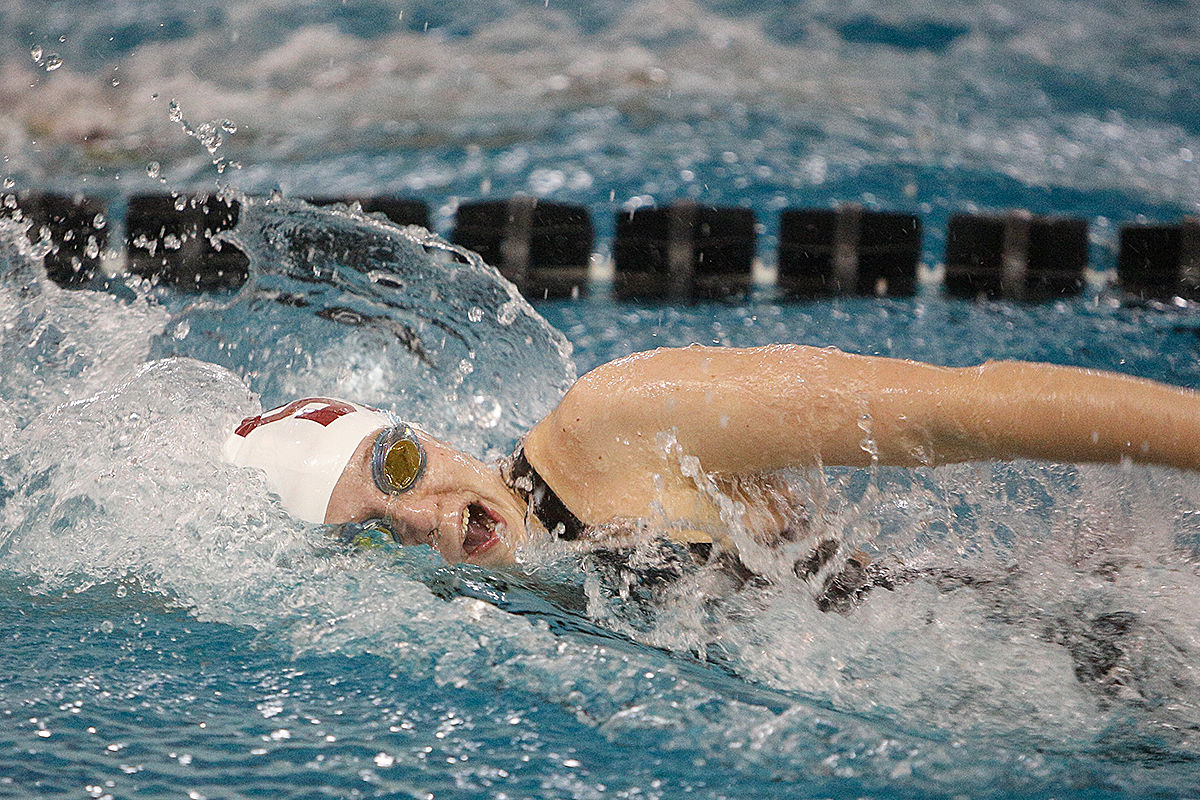 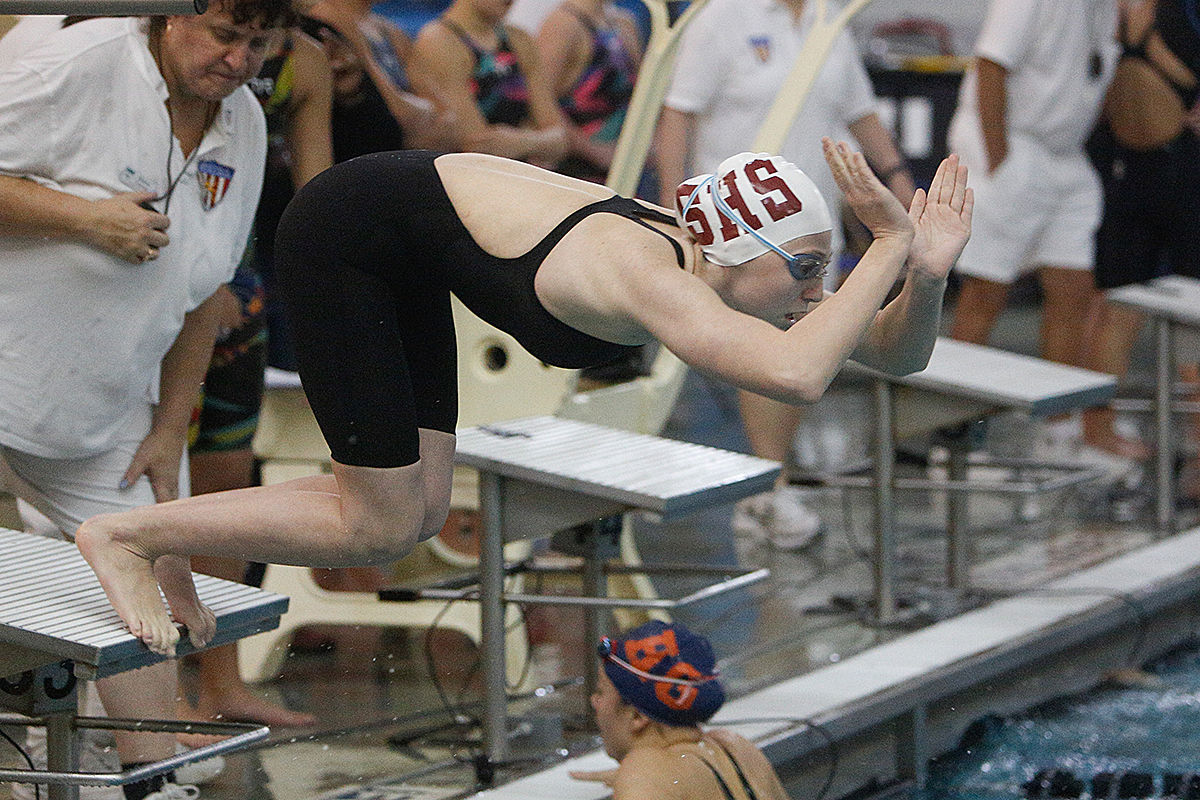 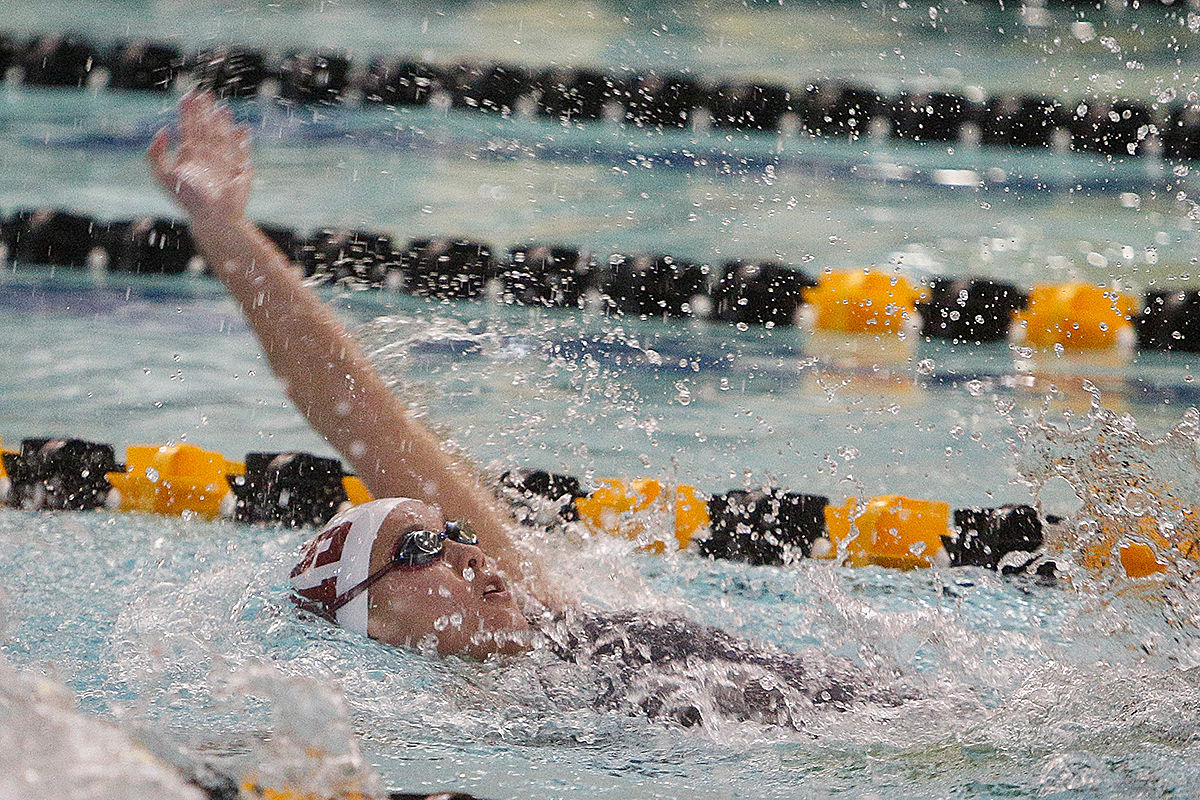 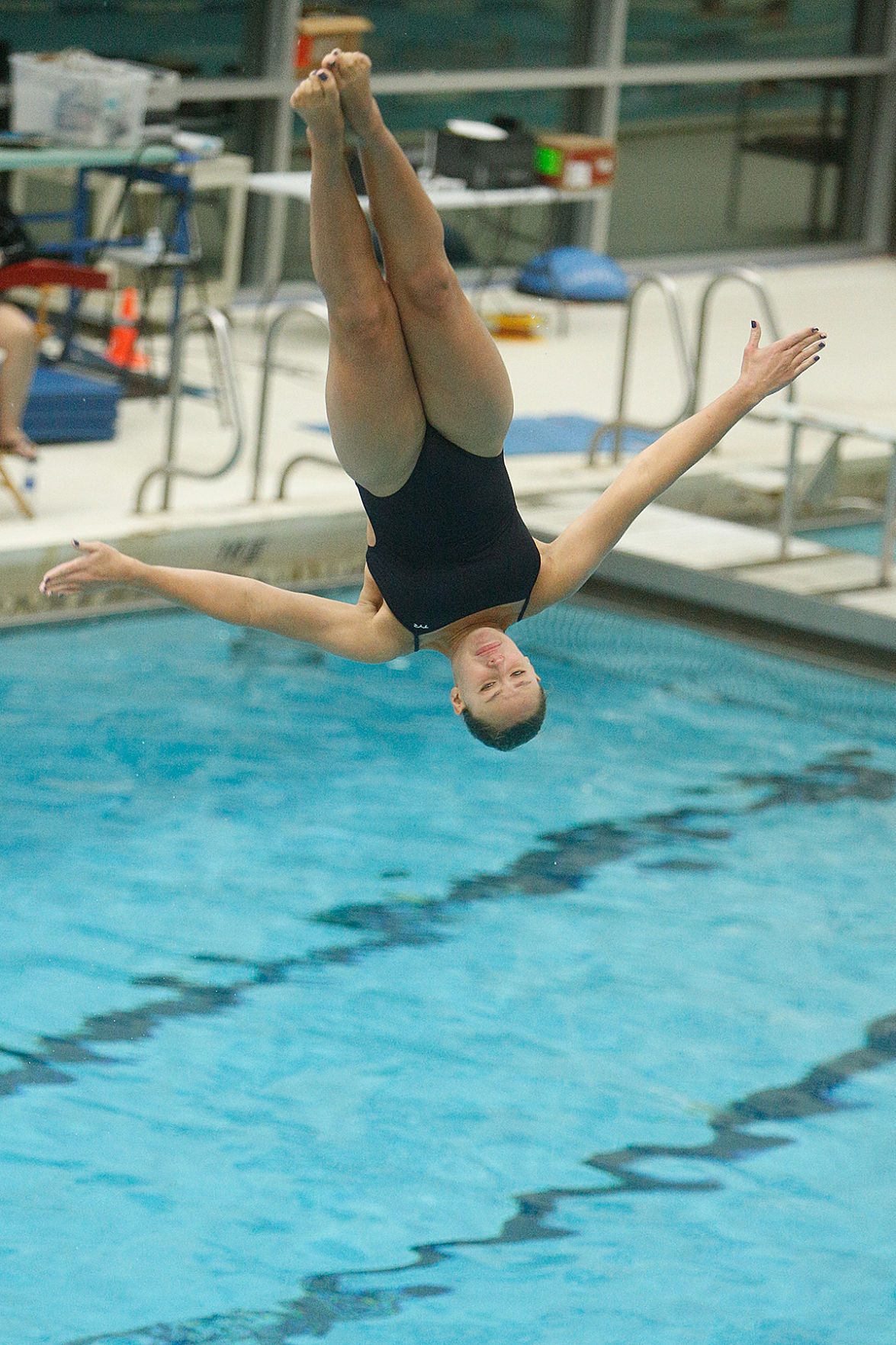 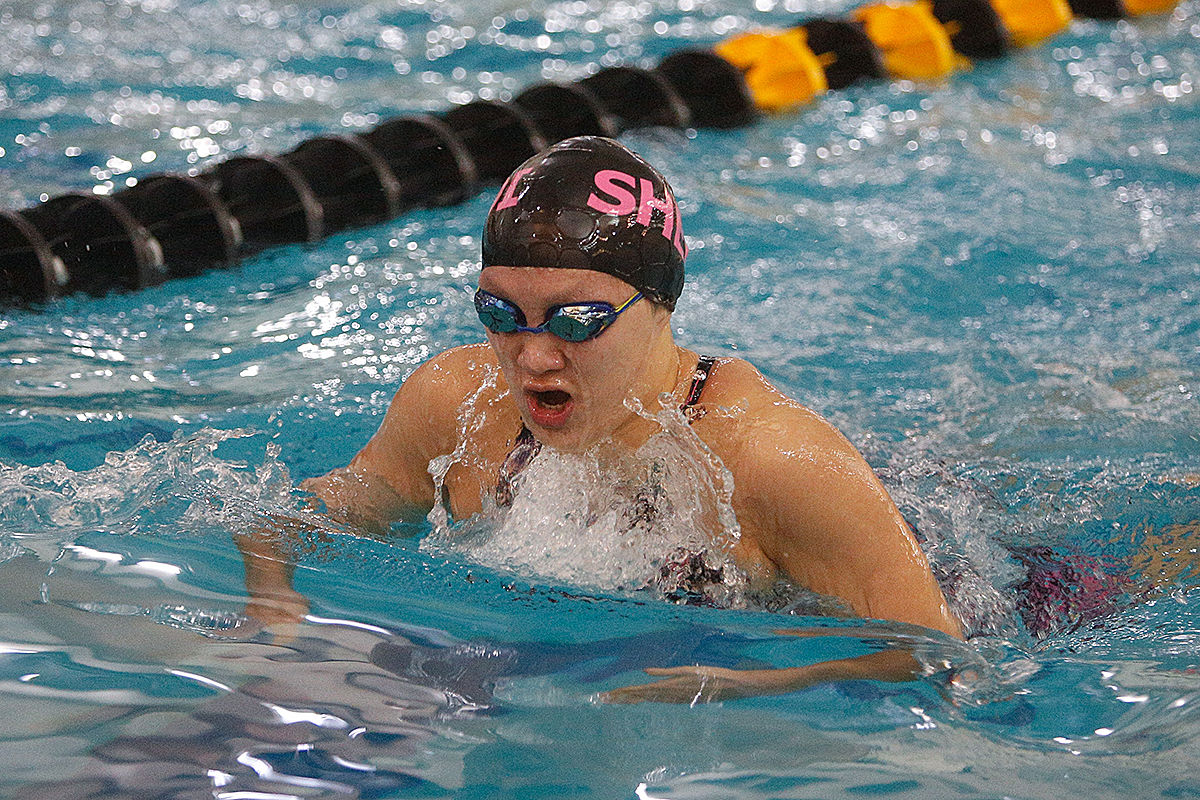 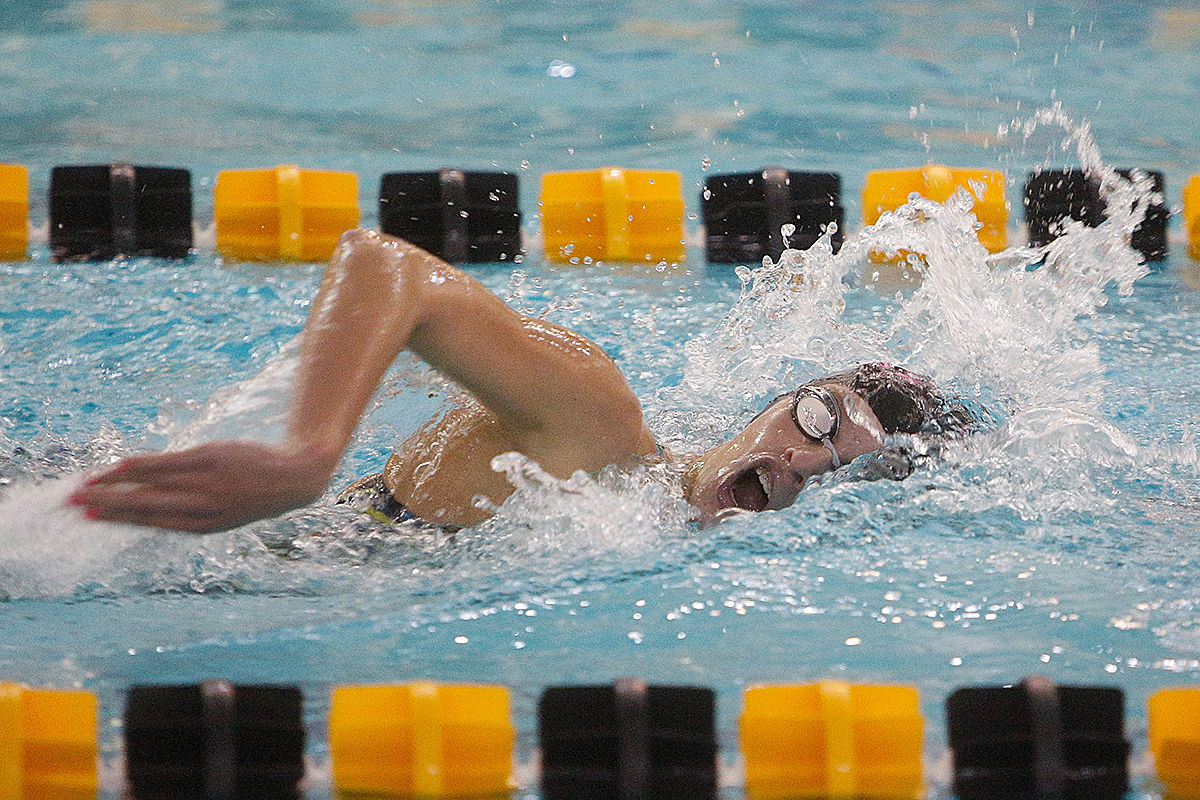 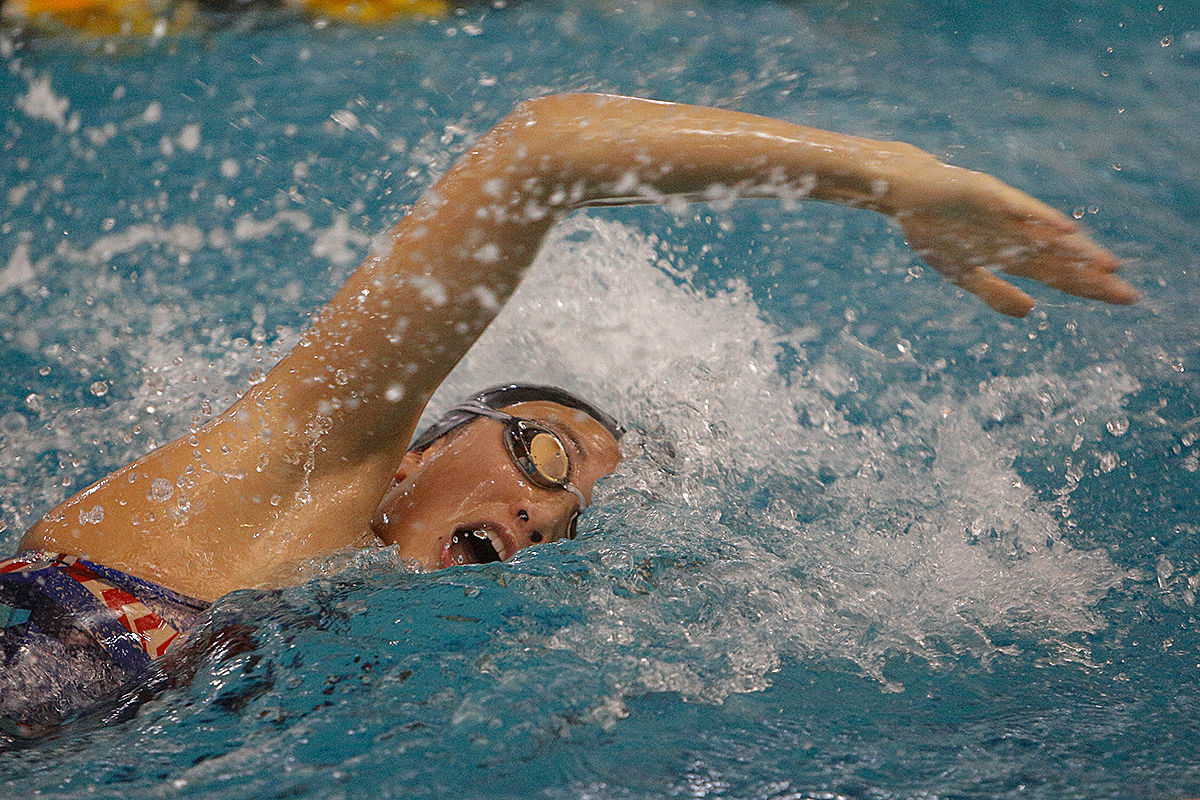 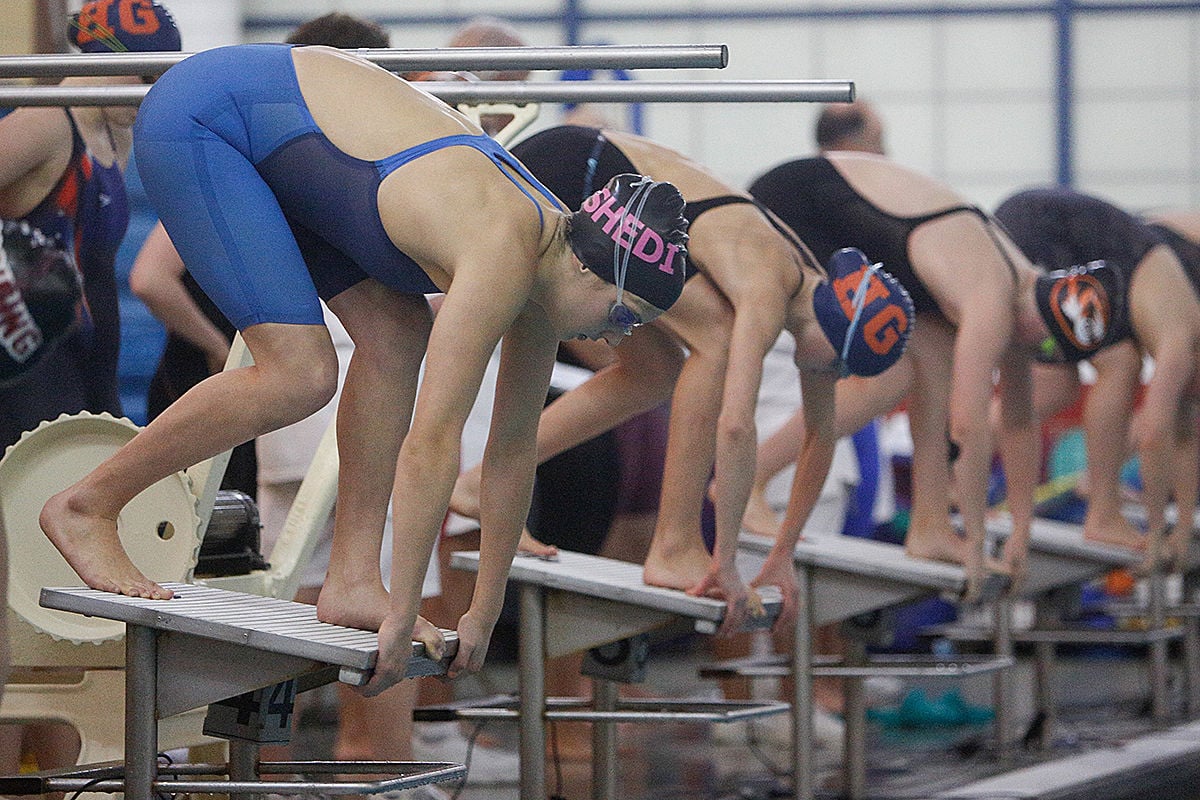 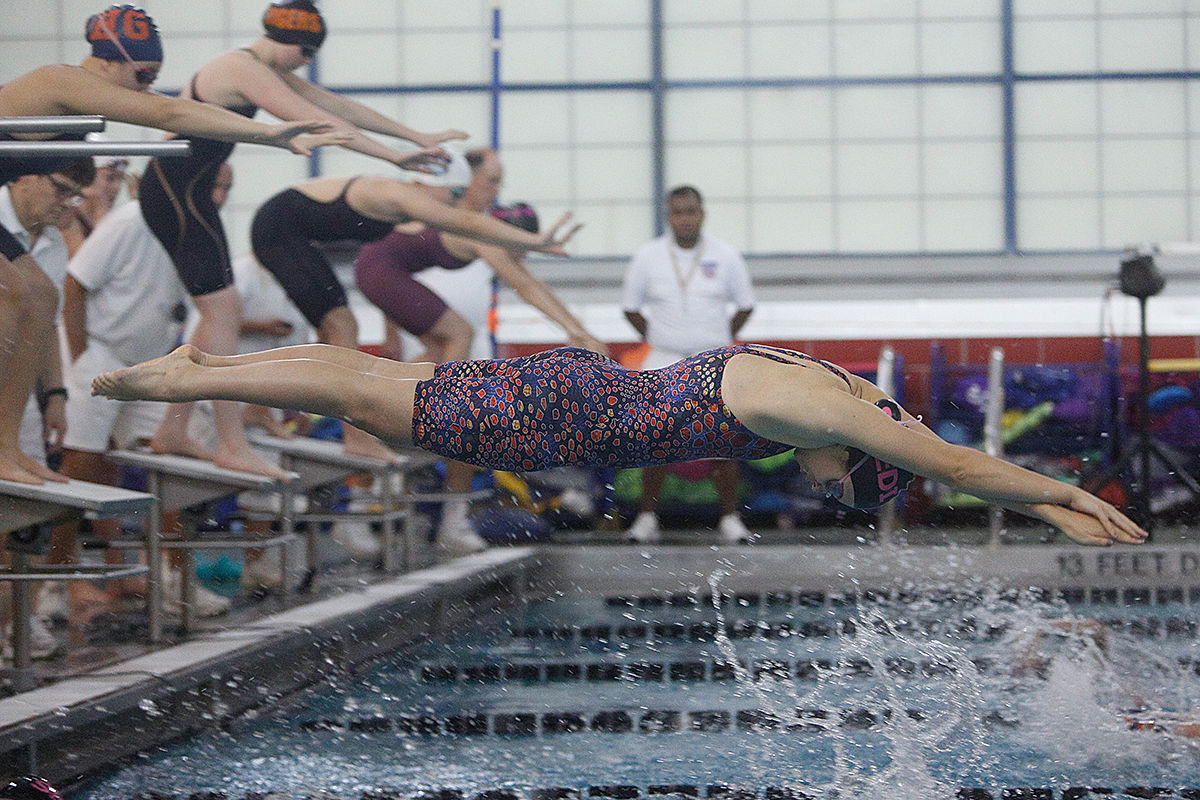 The New York State finals couldn’t have gotten off to a worse start for the Sleepy Hollow/Hastings/Edgemont/Irvington girls swim team with a disqualification in the very first event, the 200 medley relay. The rest of the meet, however, couldn’t have gone much better.

For the second straight year, SHEDI won the 200 freestyle relay championship and placed second as a team among private schools overall, taking third in the Federation.

“It was definitely a disappointing start to finals, but what they showed me was their ability to take something difficult, turn it around and put that anger toward being successful in other areas,” coach Tobey Saracino said. “Their determination and mental toughness was really incredible. To me that was the most important thing that came out of this meet. That was my highlight of the entire meet.”

“I didn’t know what to expect because it was a lot closer going into the finals than it was last year when we had a good 2-second lead and we won it by a good half-pool length,” Saracino said. “Into finals the times were much closer this year. We were in the lead by .01 and anything can happen at that point.”

Three of the girls in the relay, Franks, Milio and Hoesterey, were part of the DQed medley relay team that would have placed second, but they showed no fear, no hesitation in attacking their best event.

“For them it was such a relief,” Saracino said. “All of us, including myself, had that moment that made what we do so much fun. The girls loved it and they were thrilled to be a part of it.”

Navy-bound Edgemont standout Milio competed in four events at states and made four finals at states. In addition to the two relays, Milio was top 10 in the 200 individual medley and 100 breaststroke along with Franks.

“There were some races where I didn’t have a lot of time in between, which was a little hard, but it was fun being in those races with Ava,” Milio said. “Having two SHEDI girls in both events was fun, and the relays were especially fun. We always have fun with that.”

The duo was among the four Section 1 swim team captains.

“Theresa really had such a wonderful meet,” Saracino said. “She was just in great spirits and no matter what happened she kept her head about her. The pressure was off and she really just enjoyed the sport that she loves. It was so fun to watch as a coach.”

“They swam so well this season,” Saracino said. “Sophia had back-to-back illnesses, she was sick leading up to sectionals and she just wasn’t herself. She came into states and earned her place and really swam her fastest times of the season. To see her end like that gives me such joy. It was the same for Katie. She wasn’t as happy with her individual events, but in the relays she was on point and she swam fast and led us off in the 200 freestyle relay.”

Based on last year’s dominance, SHEDI had hopes of repeating.

“We had some high expectations because of how well we did last year and I was happy we were able to replicate that,” Milio said. “It’s a nice way to finish off senior year varsity. All four of us were pretty sad at the end of the meet.”

The rest of SHEDI/Edgemont’s crew consisted of underclassmen: sophomores Hoesterey, Ott and Natalie Peng, freshman Kate Anderson and eighth-grader Lauren Lee. “It was so awesome to be out there and watch them shine,” Saracino said.

Lee is a first-year SHEDI swimmer, so this was also her first state meet.

“She’s a middle-schooler,” Saracino said. “I wanted her to go in there, have some fun, enjoy the meet, really get a feel for it. She swam fast, really fast. It was so impressive to watch.

“I was thankful she was able to join the team this year and get this experience because she’s going to be a force to be reckoned with the next four years. She’s a determined girl who works very hard. She’s going to do great things.”

Peng and Anderson also made their state meet debut. “It was a matter of getting there and getting the lay of the land,” Saracino said. “Next time they’ll come in and try to dominate.”

Hoesterey and Ott are officially veterans. “They came back last year and got back in individual events and relay events,” Saracino said. “They’re just tough. And they did well in the face of adversity.”

As a team, SHEDI lost to Pittsford by just three points last year. This year the margin was wider and luckily the disqualification didn’t end up playing into the order of finish as Pittsford ran away with the title.

“That would have been more devastating than anything,” Saracino said. “Pittsford is good, a good bunch, very fast. Their top swimmer is a senior and it will be interesting to see how they fare without her. We’re losing four seniors who were big parts of our relays. Obviously it’s hard to repeat every year. We’re going to be building, but there are also areas we’re going to be able to nail. I don’t know what those are until we get back next fall. But they’ve built a very mature, conscientious team that is ready to put in the time and effort in the off-high school season.”

Milio knows the seniors are leaving the program in good hands.

“We had a lot of girls at states, so I’m definitely not worried about next year because I think there’s a lot of other kids on the team who are really fast and they will take the spots of the seniors leaving this year,” Milio said.

Scarsdale placed sixth in public schools and seventh in the Federation thanks to top 10 finishes by swimmer Joy Jiang in the 100 butterfly and 100 backstroke, diver Maddie Seltzer and the 200 medley and 400 freestyle relays, all in the top 10.

The best news for Scarsdale is that of the eight girls who competed at states, none are seniors.

Seltzer was the Section 1 runner-up in diving, but went on to pass champ Katie Laverty of Rye at states to take third place overall. Though the scores were not as high as the local competitions, Seltzer had a stellar meet.

“The kid who won had a good meet,” Foltman said. “As the meet progressed Maddie’s athleticism showed and her tricks were more difficult. She got a lot of height and power off the board so she distinguished herself late. In the future she needs to score higher earlier. She’s good at figuring out what she wants to do.”

Jiang was second in public schools, third in the Federation in the 100 butterfly in 55.78 seconds and fifth in public, sixth in Fed in the 100 backstroke in 56.11. Jiang had won Section 1 titles in both events.

“She went up there very focused on trying to do the best she can and she was pushed in the water,” Foltman said. “There are swimmers up there who are as talented as she is and a couple that are a little more talented. She really is a competitor and she worked very hard to get in a position she did. To be state runner-up is quite an honor.”

“They are the epicenter of how we make points in these meets and big meets like the section and state meet they score a lot of points,” Foltman said. “We’re able to get high in the rankings because of their ability.”

The foursome also qualified for the 200 free relay, but with three of the four also competing in two individual events each, Eforo was teamed up with juniors Amy Hu and Helena Leroy and sophomore Claire Kassabian for the state meet. The girls were 46th in public schools in 1:45.94.

“They’ve all been great contributors to our team all year long,” Foltman said. “They score a lot of points in our dual meet season and having the ability to get them to states is a moment they will never forget. They deserved to be there as that next wave of swimmers we have. It was a wonderful opportunity for them to be in a big meet like that.”

The juniors took over the team from the moment they joined as freshmen and they haven’t slowed down one bit. Each year their goals are loftier.

“When you get to junior year and then senior year coming up their sights are set on placing as high as they can in the state,” Foltman said. “They work really well together as a group in the relay. When you get to that level you want to be conservative in your starts and exchanges, but you want to be as aggressive as you can, too, so you can be competitive. They’re in tune and they have synchronized themselves well. That’s one of the things I’ve seen that has improved, their transition from swimmer to swimmer.”

Overall the Raiders combined for a stellar fall.

“It was a great meet and it was a wonderful season,” Foltman said. “We’re fortunate to have all of them back and they will present themselves well next year.”