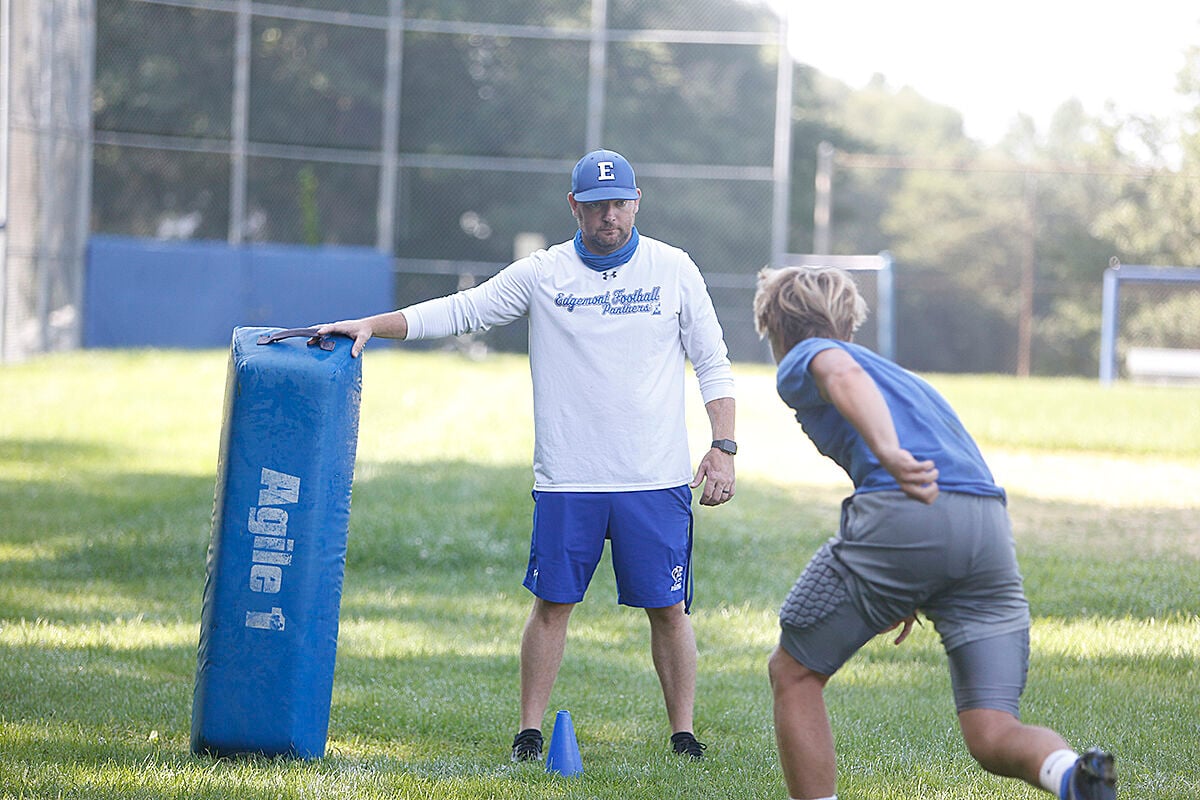 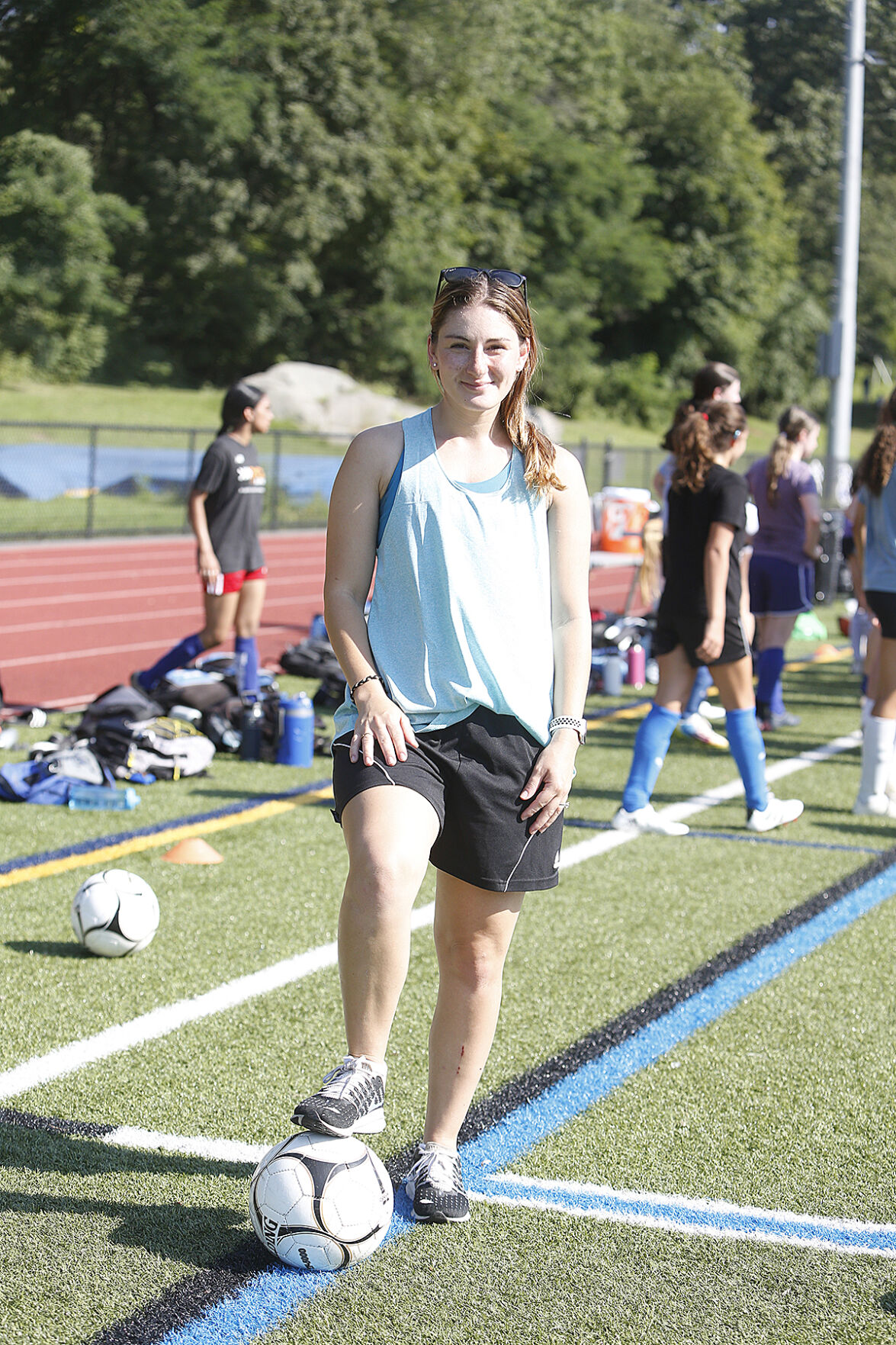 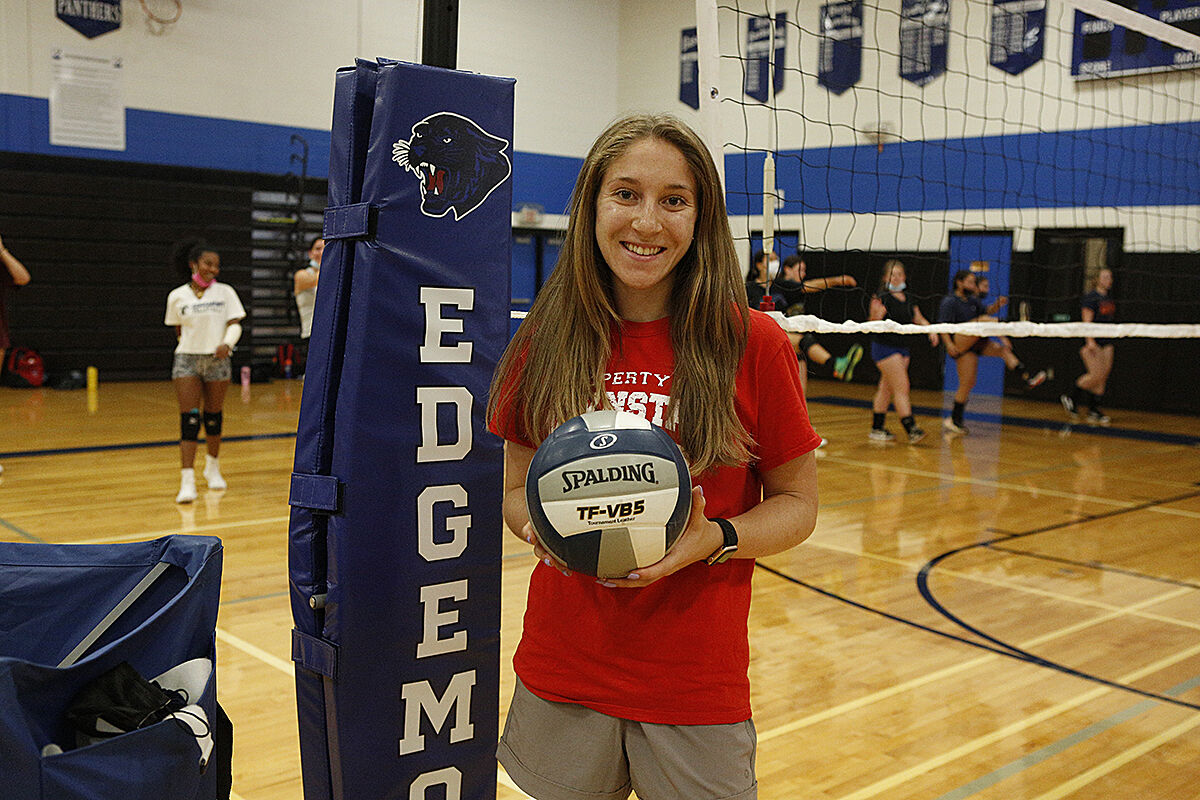 Three familiar faces were chosen to take over the football, girls soccer and volleyball programs at Edgemont this fall. With two of the openings coming late in the summer, athletic director Anthony DeRosa acted quickly to fill the vacancies with assistant coaches.

James Pape takes over for Brendan Connolly for football, Tori Lettieri for Eric Brand with girls soccer and Kelli Kinlen for Eddie Olivares for volleyball.

“Brendan is a great young man,” DeRosa said. “I have a lot of respect for Brendan. I appreciate the time and effort he put in here. He had other opportunities he needed to explore and I’m happy to support him in that as he was trying to get a physical education job. Unfortunately we weren’t able to get him one here as we didn’t have anything available.

“He really put our program in a good place, we’re very grateful to him for his time here and we wish him well. I’m confident that what he has done here and the relationships he built with the coaches allow them to grow and flourish as coaches and will help us as we move forward.”

The Panthers were a force in the independent league the past three years, including winning the league title game in 2019. Pape coached one year at the modified level and then was the head assistant to Connolly the last three seasons.

“We opened it up and had an interview process, but James really shined and his connection with the team, knowing the players, knowing the systems, not wanting to rip everything apart and redo everything is going to be beneficial,” DeRosa said. “One of the things I feel James can help us with is to put in place some sort of youth program. We lost our youth program probably four years ago now and I think he gives us the best shot to put something in place because of his ties to Edgemont Rec. We’re looking to put something, most likely flag football, together, just to get kids interested and involved in football again to try to keep the program going.”

Providing the program with “consistency and continuity” was important to DeRosa and Pape is able to provide that. He had the kids in the weight room all summer in small groups and with the normal start date for football, the team is already ahead of where it was in the fall 2 season, which was essentially held last spring.

“Even being together in person is way ahead of last year,” Pape said. “Last year a shortened season and being right after basketball it was just one big cluster. It feels normal, it feels nice, it feels exciting. It’s a different feeling. When you get out here the energy you get just walking on the field as opposed to getting on a Zoom call and trying to work through the playbook.”

Pape, a middle school special education teacher in the Bronx, grew up in Eastchester playing for Eastchester Little League and Pop Warner for the Blue Devils. He graduated from Eastchester High School in 2003 and played junior varsity baseball at Sacred Heart. For the last eight years he’s been working for Edgemont Rec’s day camp and took over as director this past summer. He also coaches basketball and baseball at Edgemont.

As for football, Pape likes the swagger that both coaches and players need in order to succeed. It’s what helps set it apart from other sports.

“My goal for us is to get out there, teach them the game, teach them the right way to play, give them opportunities to be successful and also learn something about themselves,” Pape said. “Football allows them to learn how to adapt to other social settings as they get older in college and the real world, how to be organized, how to manage certain things, how to do the research and fundamentals you don’t always learn in the classrooms. The fundamentals of life are what you learn on the football field.”

“The A schools still have the same problems that we face with the B independent teams, which is low numbers, lack of a JV team, so we should still be on relatively equal footing with those schools, which is good,” DeRosa said.

With a late hire and a changing league, Pape and the Panthers will be put through “the gauntlet,” and they are excited for the challenge and what the future holds.

“For us to try to get back into B, I want to help the community get those kids in the younger grades,” Pape said. “Soccer is the predominant sport in Edgemont, but we just want a little piece of that pie. It’s going to be a big process and a big hurdle and we’re going to do the best we can.”

Brand spent two years as the girls soccer coach at Edgemont — only the third coach in school history for the program — but he had two opportunities he couldn’t pass up in taking the boys soccer job at Blind Brook: 1) He had always been a boys coach prior to coming to Edgemont and 2) he wanted to coach at one school.

Victoria “Tori” Lettieri was another finalist when Brand was hired at Edgemont and she was named assistant coach. She’s now the fourth coach in program history.

“In terms of her transition to becoming the head coach she has familiarity with the players, familiarity with the program, with the community,” DeRosa said. “Those were all factors. In her second year as an assistant she became much more involved in strategy and the game flow and getting kids to be in the right positions. Her taking over this role is going to be good for the kids and good for her because she will be able to grow.”

Lettieri graduated from Smithtown East High School on Long Island and in her senior season in 2010 she helped lead the team to the Suffolk County championship. She played collegiately at C.W. Post and Manhattanville, graduating in 2015.

“One of the big things is her playing in college,” DeRosa said. “She’s played at a high level, so she has the background to be able to implement some things to get the kids where we need to be and playing at a high level here.”

While the team struggled the last few years, DeRosa said Brand and Lettieri began to put in a solid foundation, especially with so many young players on the team when there hasn’t been a junior varsity program. Those girls are now veterans ready to learn from their new head coach back down in Class B this fall.

“The Edgemont Soccer Club has put in a lot of work offering the kids opportunities to play at a higher level and we’ve had a number of kids test up to play on JV and that’s transitioned to varsity,” DeRosa said. “We’ve also gotten some girls to come back and play for the high school that had been playing club only, and that helps the team a lot. That helps make us a competitive force in the section.”

“He had to resign abruptly recently for personal reasons, which is unfortunate,” DeRosa said. “He wasn’t able to give the full commitment and I do appreciate that when someone can’t make the commitment that they step aside. Eddie was able to improve the skill of the team and the tenacity of the team. One of the things I’ve seen in the time he was here is the tremendous effort keeping points alive, the never-say-die attitude. On the defensive end we were tough to score against because we would keep the points alive and really force teams to have to execute really well to score points on us and I think that’s going to continue with Kelli.”

DeRosa was impressed with Kinlen’s coaching between volleyball and girls lacrosse and has full confidence in her as a young coach.

“She’s done a tremendous job and gotten a lot of great feedback with what she’s done with the girls at the JV level,” DeRosa said. “A lot of the girls on varsity now played for her and she was very involved assisting the varsity in their games and being involved in the flow of the match. She’s another one I’m very excited about being able to offer a head coaching position because I think she will do a tremendous job.”

Kinlen graduated from Westlake in 2017 and once she knew her playing days were over she went into coaching club volleyball with the Warriors in Briarcliff and now at Downstate.

“I’ve always known I wanted to teach, so all my jobs in high school had always been working with kids,” Kinlen said. “I coached gymnastics when I was in high school for a little while and when I decided I wasn’t going to play volleyball anymore I knew I wanted to keep it in my life. I knew coaching was the next step.”

For Kinlen, coaching goes beyond Xs and Os and stretches beyond the courts and fields. “One of the best things I’ve learned is that I’m coaching kids, not just volleyball players,” she said. “I focus on their happiness and making sure they love the game more than just making sure they’re winning. If you do that, their skills will flourish and winning will come.”

Having worked with many of this year’s varsity players since they were underclassmen makes the transition easier and it takes away that introductory period. “It is a one-of-a-kind experience,” Kinlen said. “These are my first sophomores that are now going to be graduating seniors. They know what’s expected of them, they know my coaching style, I know them as players so we can really just tackle this season head on.”

Olivares didn’t step down until late last week, so it’s been a whirlwind for Kinlen, though nothing she doesn’t feel prepared for.

“Ed has been a mentor for me and it was great getting to work with him, but getting the opportunity to be the head coach of varsity and work at that level and be the head person of the entire program is such an exciting opportunity,” she said. “There’s so many new and exciting things ahead that I am excited to embark on.”

Kinlen will run a defense-minded team whose goal will be to get every ball possible and make the other team make the error.

“If we can keep the ball off the floor, then the other team is more likely to lose the point,” she said. “That’s my mentality. I’d also like to play the game a little more strategically than it has been in the past. It’s more than just athleticism and skill.”