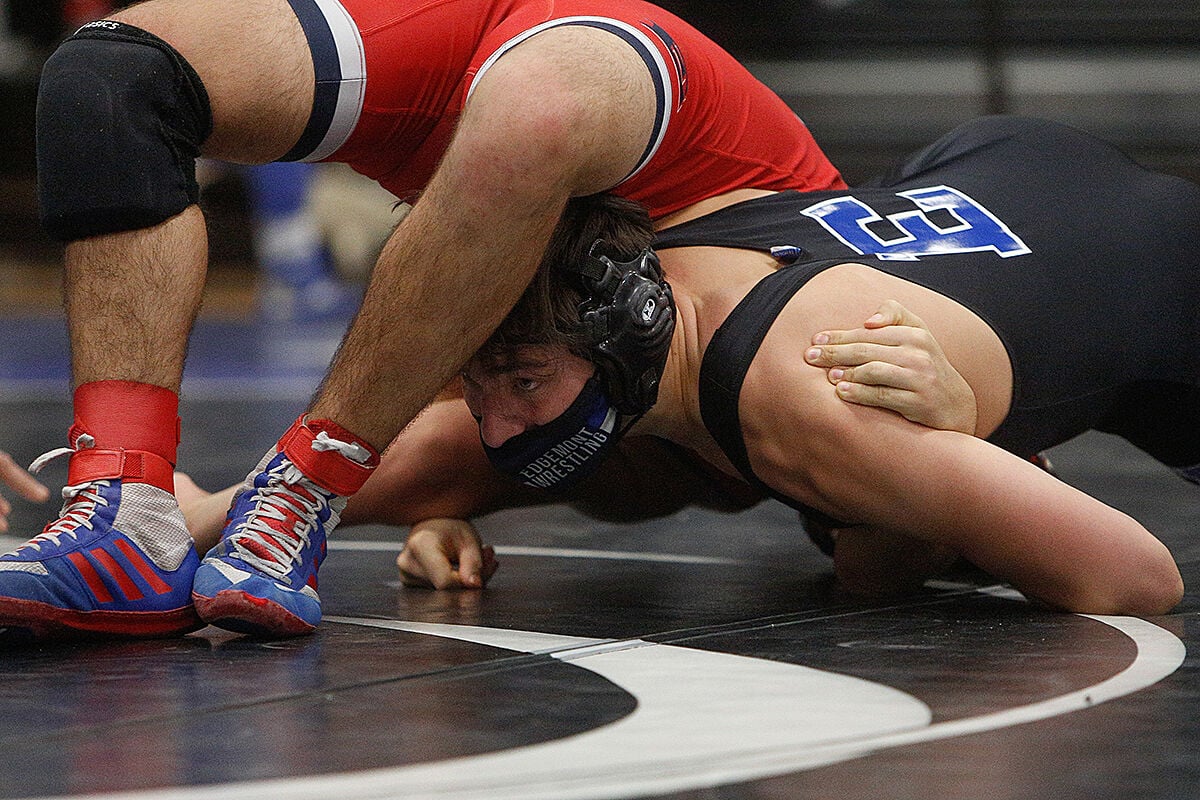 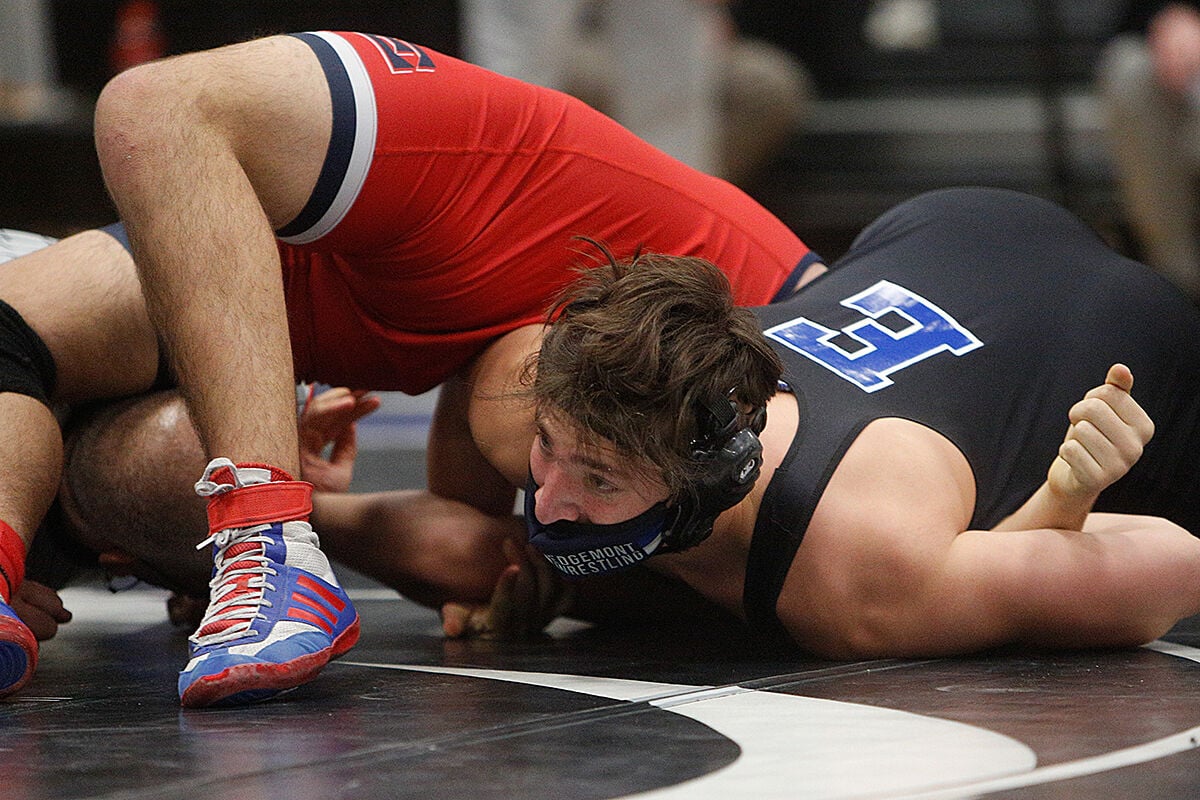 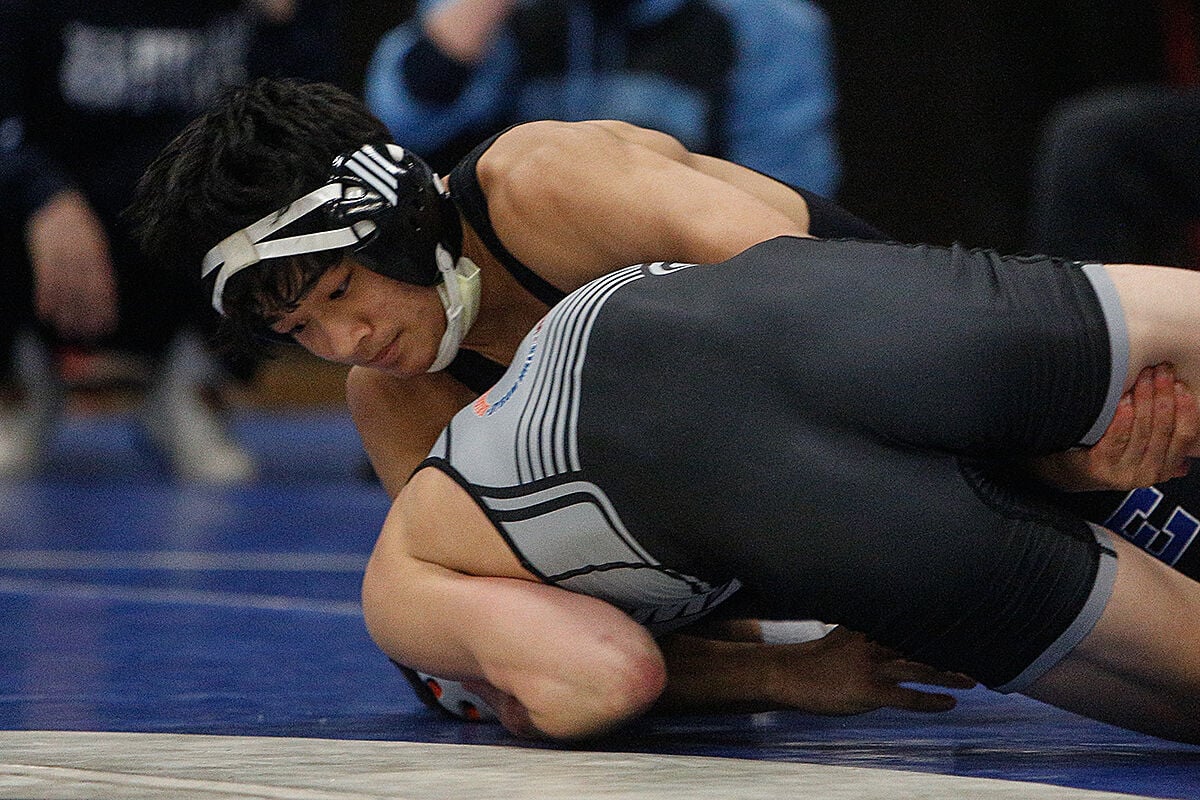 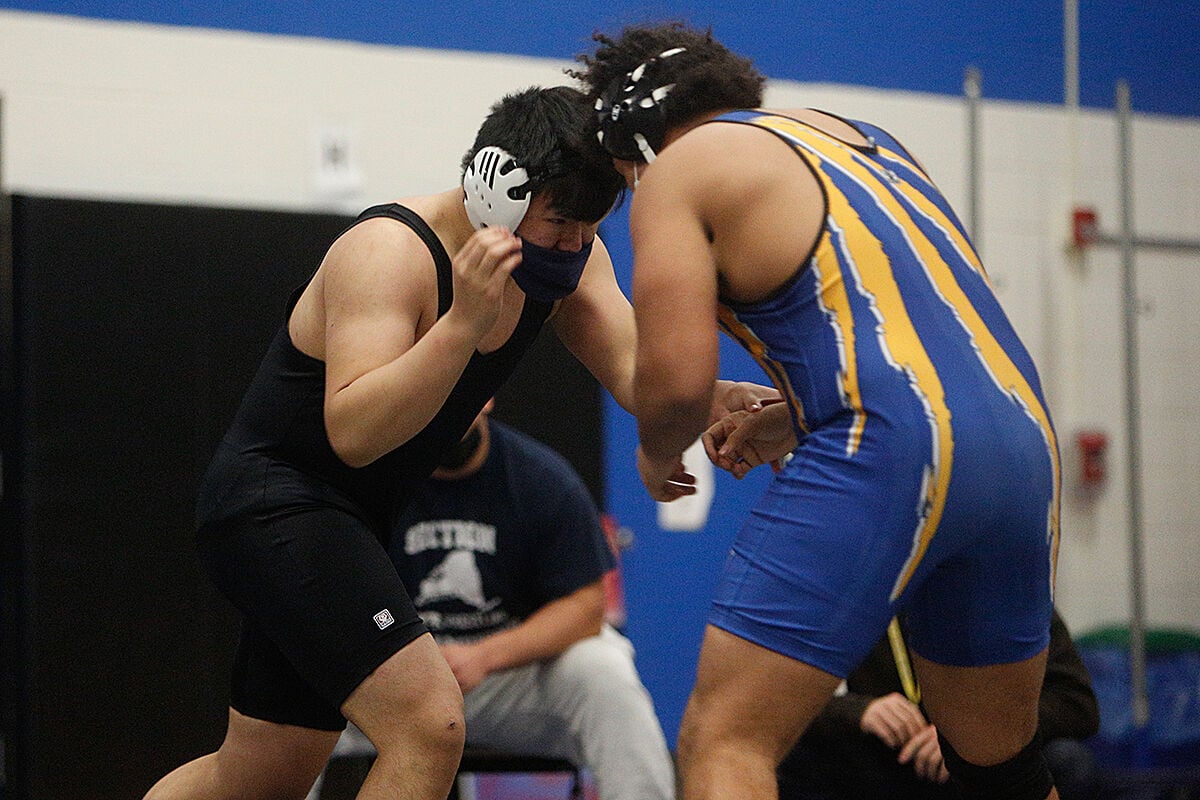 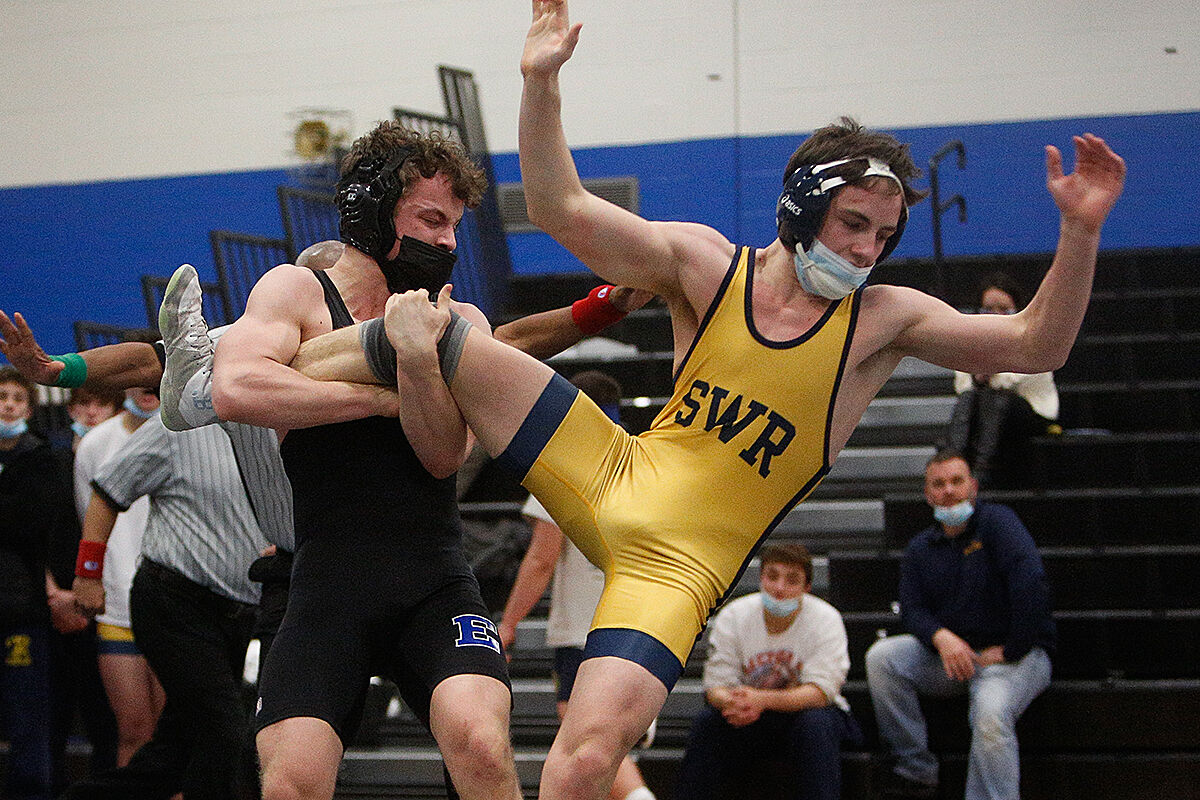 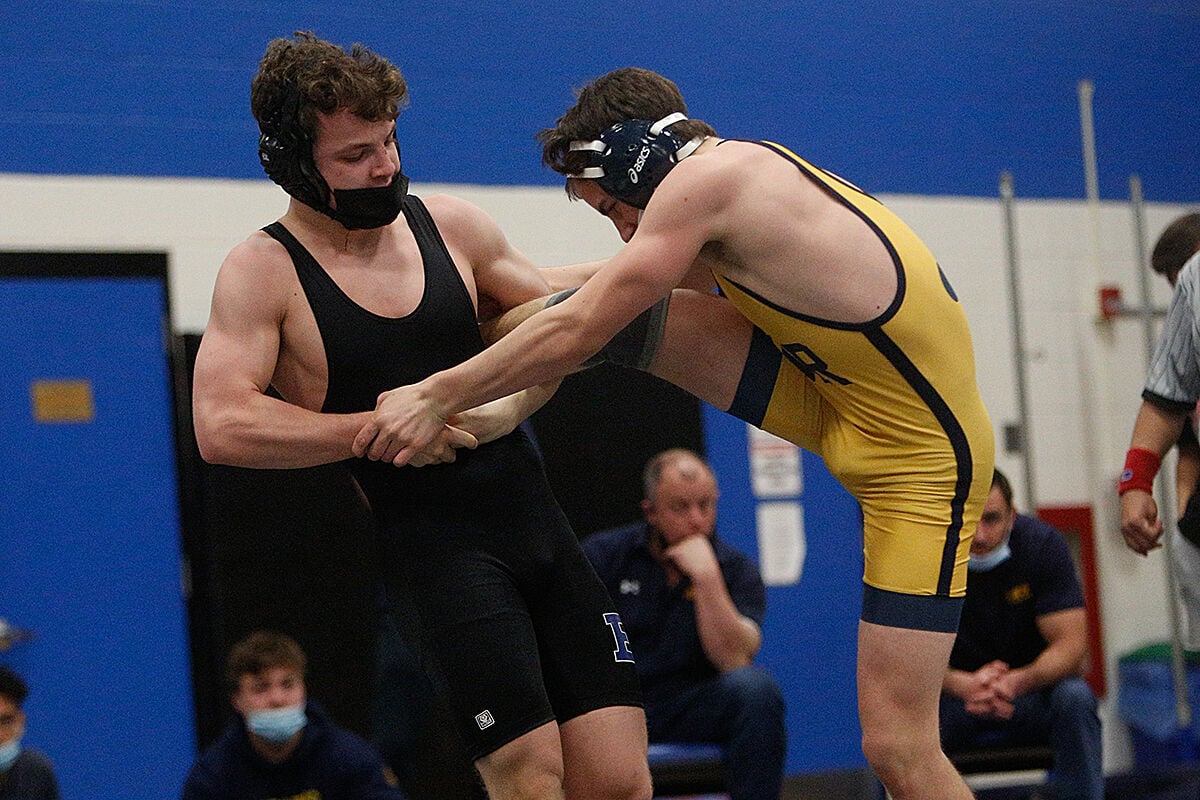 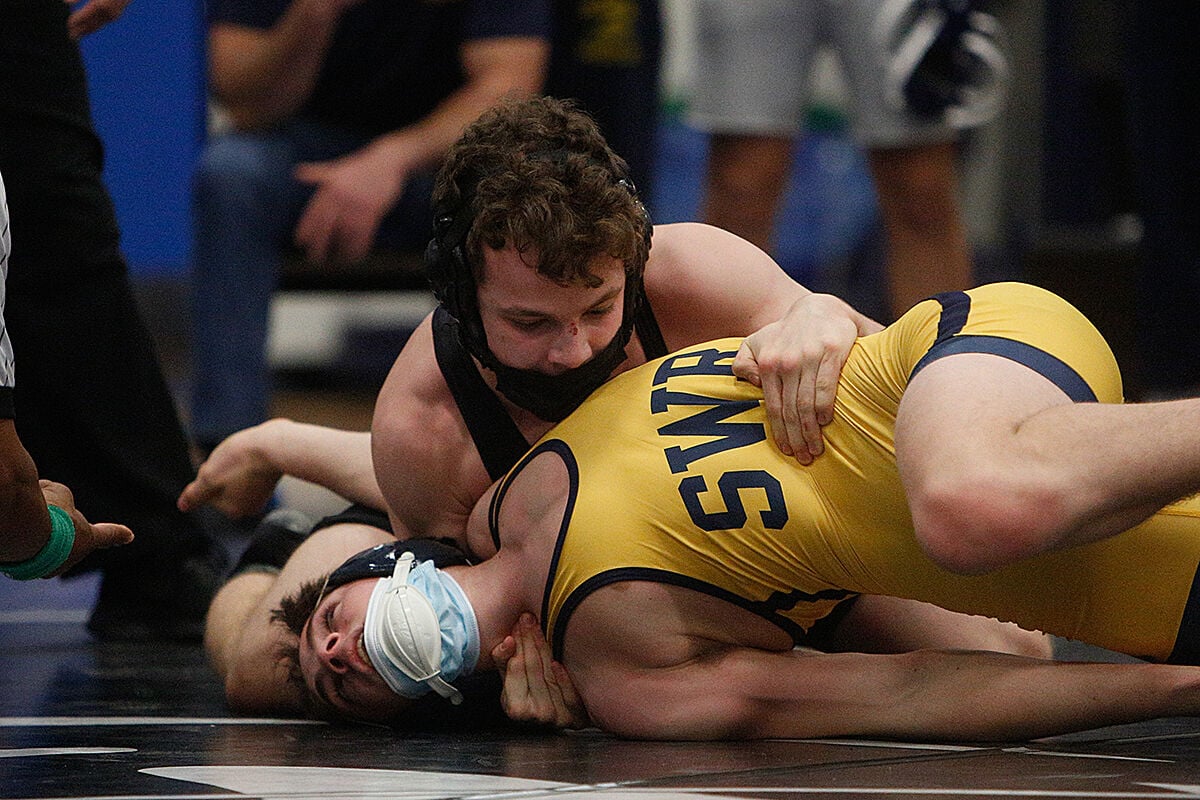 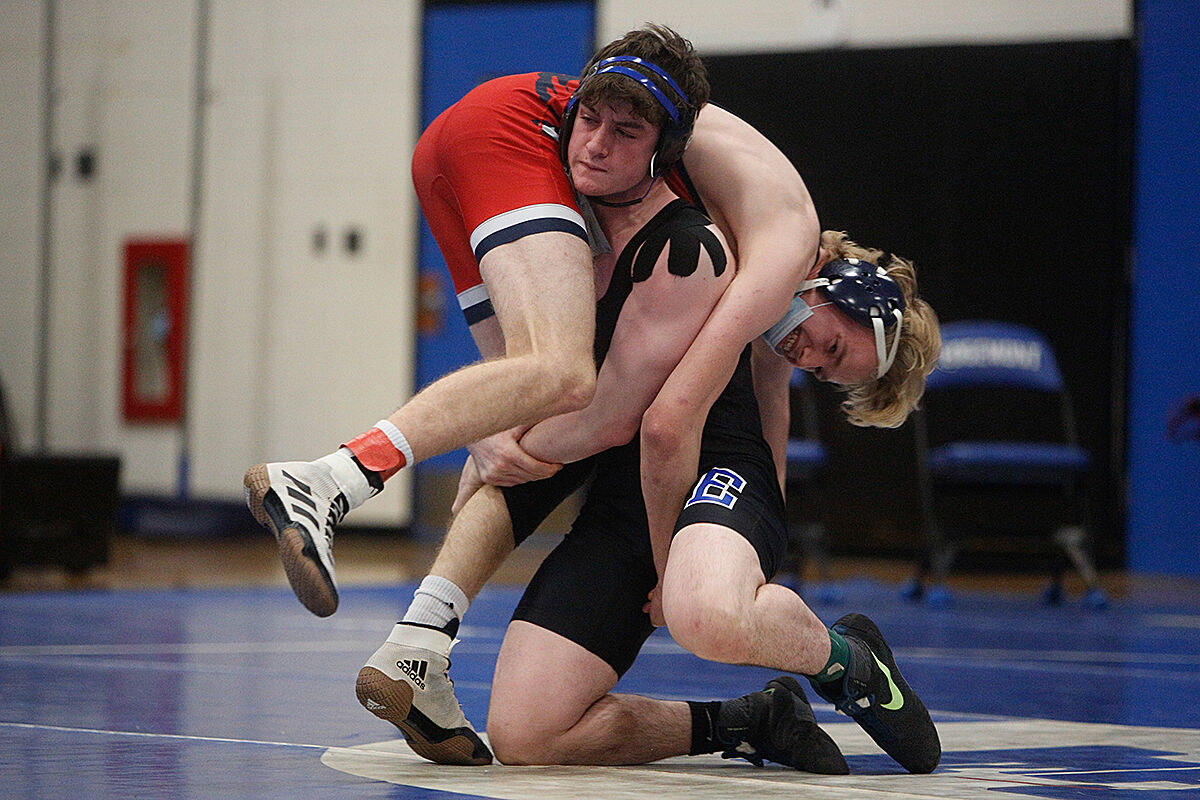 It did not matter how many champions, or what the final score was. For Edgemont wrestling coach Pete Jacobson, just rolling out the mats to actually host a tournament was a success.

Last year, the Panthers did not host a tournament due to the pandemic, and this year tournaments have been canceled all over the county due to outbreaks. However, Jacobson and the Panthers were able to make it work as they hosted the 39th annual Edgemont Wrestling Invitational on Saturday, Jan. 8.

“We have a large senior class, a lot of them I have coached since like the second grade,” Jacobson said. “You develop strong relationships. I love these kids. You want to see them do well as a coach, and it means a lot to see them get these experiences this year.”

The Panthers certainly made the most of the opportunity as Edgemont crowned three individual champions and a total of 12 Panthers placed in the tournament. Edgemont finished second overall against the 15-team field, as the Panthers finished with 221 points, trailing only Shoreham-Wading River from Long Island with 278 points.

And the senior class led the way as five seniors advanced to the championship bouts and three of them earned the crown as champions of their respective weight classes.

Senior Noah Bernstein was selected Most Outstanding Wrestler by the coaches of the teams competing in the tournament for his effort as he cruised to the 152-pound title. Bernstein wrestled three matches and dominated each opponent pinning them all in the first period.

Bernstein wasted no time in the title bout as he wrapped up Filip San of Eastchester in a cradle and pinned him at the 1:07 mark to claim his crown.

“This feels great, I appreciate all the coaches who voted for me and I’m truly thankful for it,” Bernstein said of his Most Outstanding Wrestler trophy after the tournament. “It’s my first time winning this tournament so it’s very exciting. It feels good, just another step toward my one goal to win at states. I wrestled strong, my mentality was great throughout the day. I was prepared and now I have to rest and get ready to keep working toward my goal.”

While Bernstein was winning his championship match, at the same time on the mat next to him teammate Aaron Freedland was celebrating his own title as he earned the 160-pound weight class title.

Freedland also put on a dominant display as he pinned all three of his opponents in the first round. In the finals, Freedland pinned Nate Wade of Eastchester 45 seconds into the first period to win the crown. It was the first Edgemont tournament crown for Freedland in his senior year as well.

“Being able to win our tournament at home is something I’ve been looking forward to since I started wrestling,” Freedland said. “In the finals, I got in on the leg, locked up the bar and got it done. I was really happy with how I wrestled, able to pin my way through all three of my matches. My coaches seem happy with how I wrestled, and I just want to keep it going and make it happen in sectionals.”

Edgemont senior Sander Miller set the stage on the mat just before Freedland’s match. Miller also cruised to a title as he dominated in the 145-pound weight class.

Miller recorded three first period pins on his way to winning the title, as he pinned Joe Steimel of Shoreham-Wading River in the finals with 21 seconds left in the first period.

“I just wanted to give the team something to get them ready for the next matches,” Miller said of his finals bout. “We haven’t had this tournament in a while because of COVID. We had a bunch of new guys who got to wrestle in it for the first time and we had five finalists, so the team did awesome. Sophomore year I got to the finals but lost, so this was my last chance to win and it means a lot my senior year.”

In addition to the three champions, Edgemont had two other seniors advance to the championship round as Dhilan Patel and Henry Yuan both placed second in their respective weight classes.

Patel faced a tough draw in the 126-pound weight class and he wrestled well, winning his first match by pin and then scoring a 17-4 victory over Nick Greco of Mahopac in the semifinals. In the championship bout Patel faced top-seeded Justin Fortugno of the combined team from Byram Hills/Valhalla/Westlake, and Fortugno showed why he is one of the favorites to win a Division 1 sectional title as he was able to pull out the victory over Patel.

Yuan was able to pin his way to the championship bout in the 215-pound weight class as he won his first two matches by pin. In the finals he met top-seeded Christian Dash of Ardsley, who had a significant size advantage over the smaller Yuan. In the finals, Dash took a 2-0 lead with a takedown at the buzzer to end the first period, he extended it to 4-0 in the second and held on for an 8-1 victory over Yuan.

Joey Saito also had a big day for Edgemont as he pinned two opponents to advance to the semifinals at 152 pounds before falling to teammate Bernstein. Saito then scored a 10-5 victory over Cian Keegan of Rye to finish third.

Aryan Unnikrishnan also earned a third-place finish for the Panthers as he pinned his first opponent before falling in the semifinals at 189 pounds. He then pinned Aedan Sinhart of Eastchester for third place.

Edgemont had a pair of fourth-place finishers in Jonathan Rothschild and Cianan Warnock. Rothschild was fourth at 132 pounds as he won his first match by pin to advance to the semifinals before falling. Warnock was fourth at 145 pounds as he pinned his first opponent and then scored a 9-2 victory to upset the third-seed before falling in the semifinals.

The Panthers also had a pair of sixth-place finishers as Wyatt Aslanian was sixth at 118 pounds and Ben Westler was sixth at 138 pounds.

Jacobson and the Edgemont wrestling community worked hard to make it possible to host the tournament despite the pandemic. There were no spectators allowed and the number of teams and wrestlers was less than normal as the Panthers tried to make it work meeting all the protocols to host a tournament.

“Getting 140 wrestlers and coaches even without fans to keep masks on and follow all the rules, I have to credit each team’s coach for doing a great job understanding the sensitivity with tournaments being canceled, to keep everybody in compliance with the protocols to make it happen,” Jacobson said. “We did everything we possibly could to create an event as safe as possible.”

The end result was an impressive day on the mats for Edgemont against a tough field as the Panthers try to get ready for a big finish to the season.

“We invited Shoreham because they’re a really good team and I didn’t know where we were until the end,” Jacobson said. “This time of year it’s really all about getting each wrestler to the best level they can be. Sander, Aaron, Noah, Dhilan, Henry, all our finalists and all the kids really, I can’t say enough about how much they’ve improved. I couldn’t be happier with their performance today.”