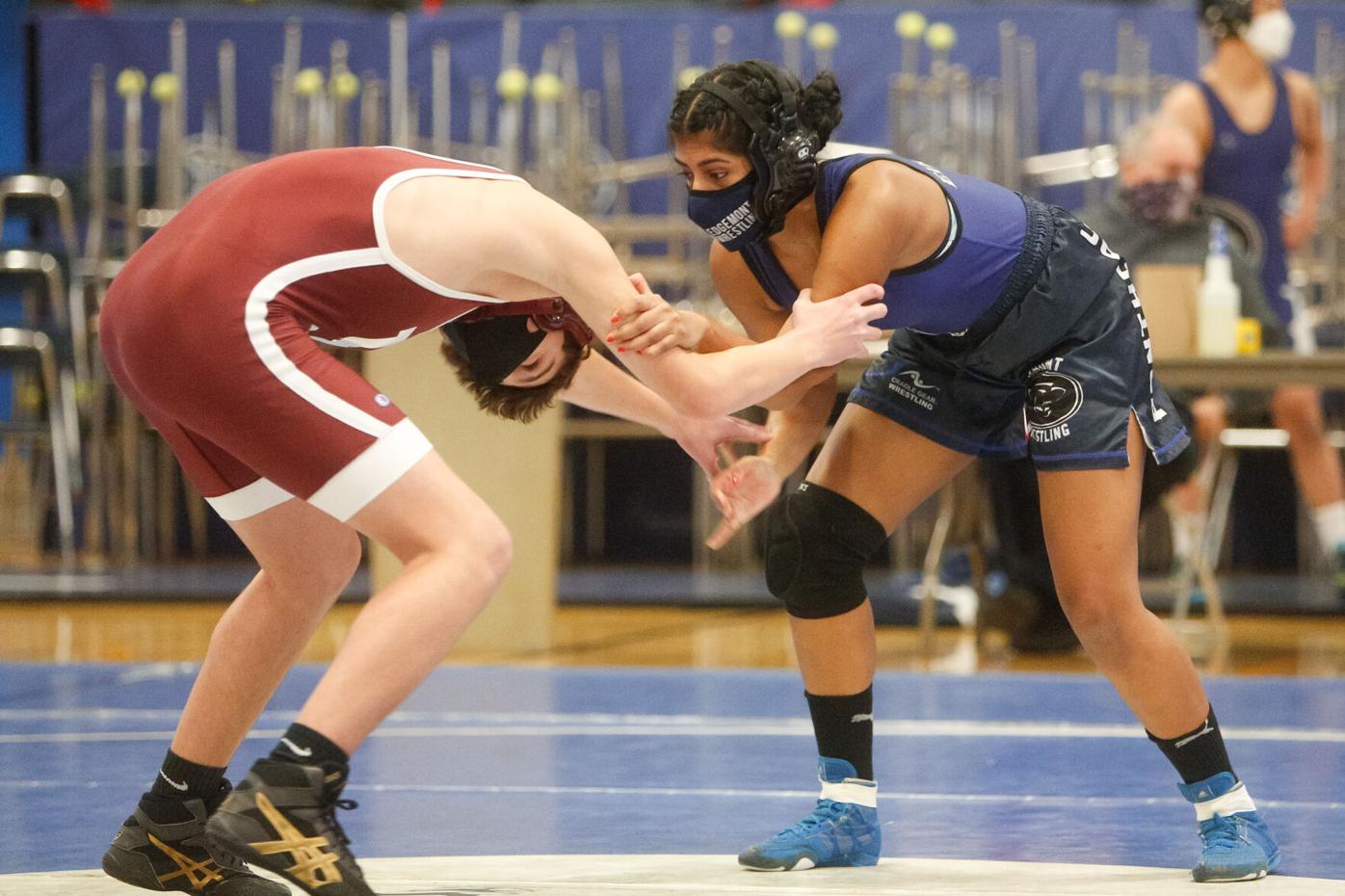 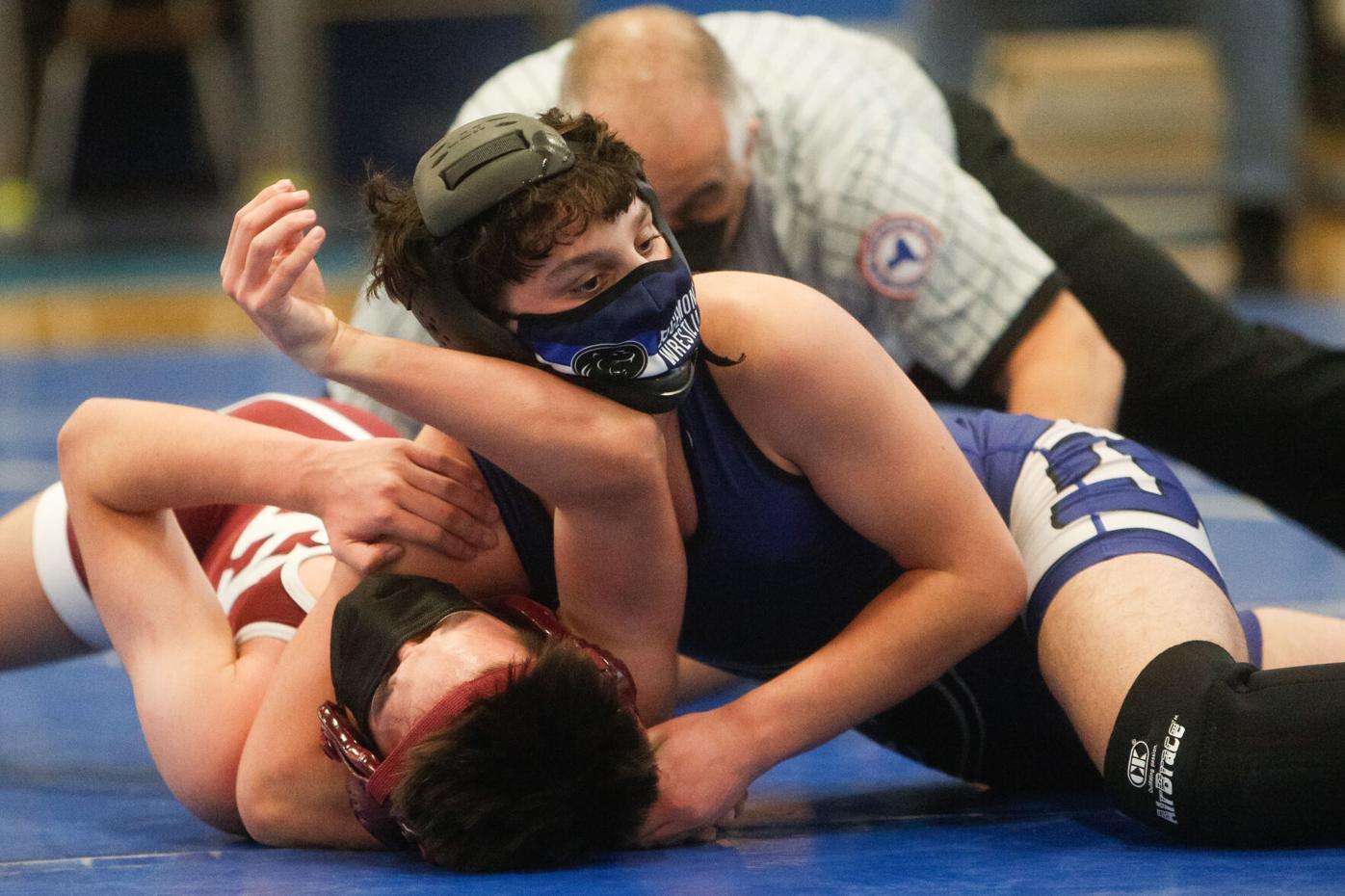 With five returning Section 1 finalists, including one defending champion, the Edgemont wrestling team entered the offseason last year with great hope. Of course, that was quickly derailed by the COVID-19 pandemic shutdown, and with no interscholastic tournaments — and therefore no postseason — the season took on a much different look this winter.

The shortened season saw Edgemont wrestle a combination of dual meets and multimeets against 11 schools from Feb. 24 to March 13.

“It was about as great as we could have hoped for given the constraints we were working under,” coach Pete Jacobson said. “We got a bunch of matches and everyone got to wrestle. I wish it was longer and we got a postseason, but the fact that there’s not a real postseason is what bothers me the most. But we did what we could do.”

Prior to the pandemic, one of the coaching staff’s messages was to not worry about what isn’t in your control, and that was a big theme during the season.

“This is such a perfect example of that,” Jacobson said. “We can be frustrated, but we don’t make those decisions, so let’s just make the most of the opportunities we do have. We’re grateful for those opportunities.”

In the end, the five 2019-20 finalists, juniors Dhilan Patel, Sander Miller and Noah Bernstein and seniors Vikram Ostrander and Dexter Seeley will actually have a chance to keep going in an unofficial, nonstate, nonschool-sanctioned New York State tournament that will take place in Pennsylvania in a few weeks. There will also be a girls tournament in which juniors Stephanie Kornberg and senior Summedha Biswal will compete. The seven will compete as members of the Edgemont Wrestling Club.

“If we can’t have regular state championships, this is a really good way for them to cap off their season,” Jacobson said. “The reality is at that time of year those are the guys that would be competing anyway in outside tournaments, so there’s really not a tremendous change for them. It’s their version of state championships in the absence of the real thing this year.”

Knowing they would have this opportunity, as it was planned prior to New York State approving high-risk sports, hence why it is in Pennsylvania, a contiguous state that would not require New Yorkers to have to quarantine upon return home, gave the five veterans a little something extra to strive for. “A lot of the focus for them was preparing for that,” Jacobson said.

For each wrestler, the goals for the season were different depending on their experience and what they were working toward, but that’s another thing that wasn’t any different from a regular season.

“For other guys it was moving it along the spectrum depending on where they were at,” Jacobson said. “The freshmen, it was acclimating them to the demands and the level of culture in our program and bringing them into this family. And within those broader groups it was really specific to individuals.”

The Panthers only had three official scored meets and some of those schools they wrestled an additional multimeet, though most competitions this season were multimeets because the main goal was to get as many matches for as many wrestlers as possible. According to athletic director Anthony DeRosa, one pod of three wrestlers was quarantined for COVID-19 this season.

What the Panthers showed was “resilience” and “positivity,” according to Jacobson, who said the team’s attitude was second to none.

“I don’t think we had a single bad practice,” he said. “It was amazing how much they came together as a team and supported each other in a shorter season when you don’t have as much time to develop those relationships and develop the culture as much. I feel I always set the bar pretty high for our kids, but whatever my expectations might have been they absolutely exceeded them. I couldn’t have asked for a better attitude and commitment from them this year. I’m really proud of them dealing everything served up to them and taking it in stride.”