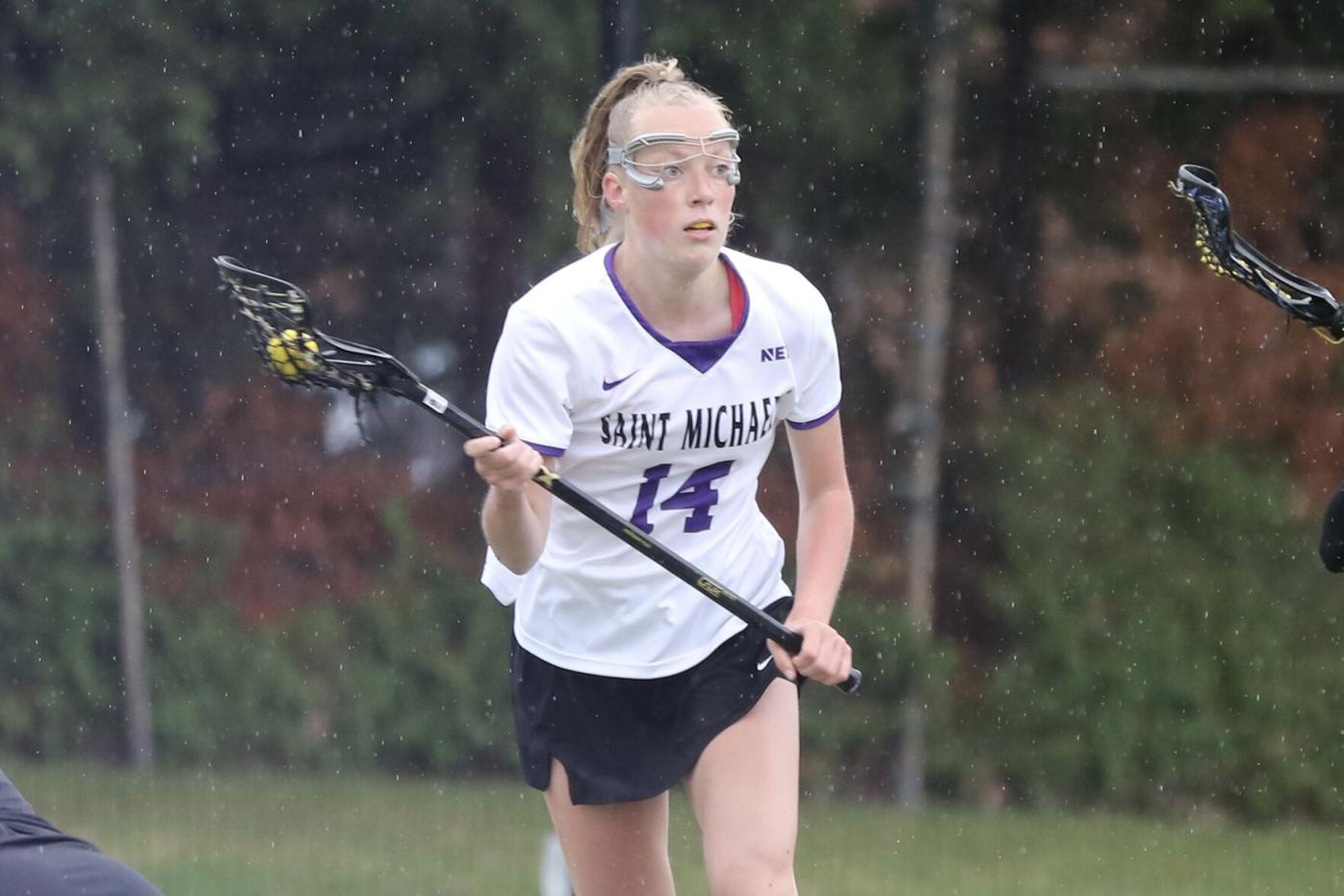 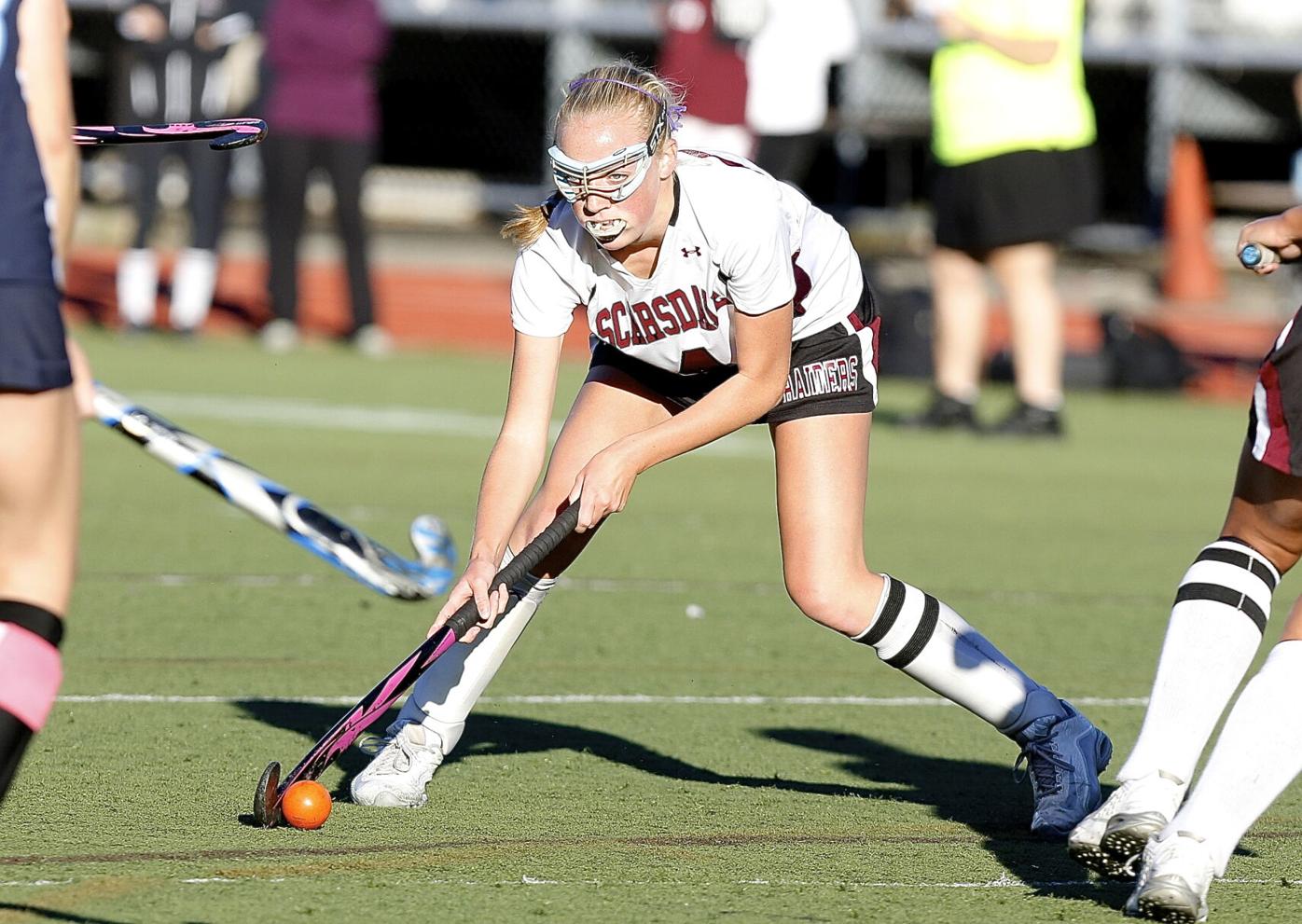 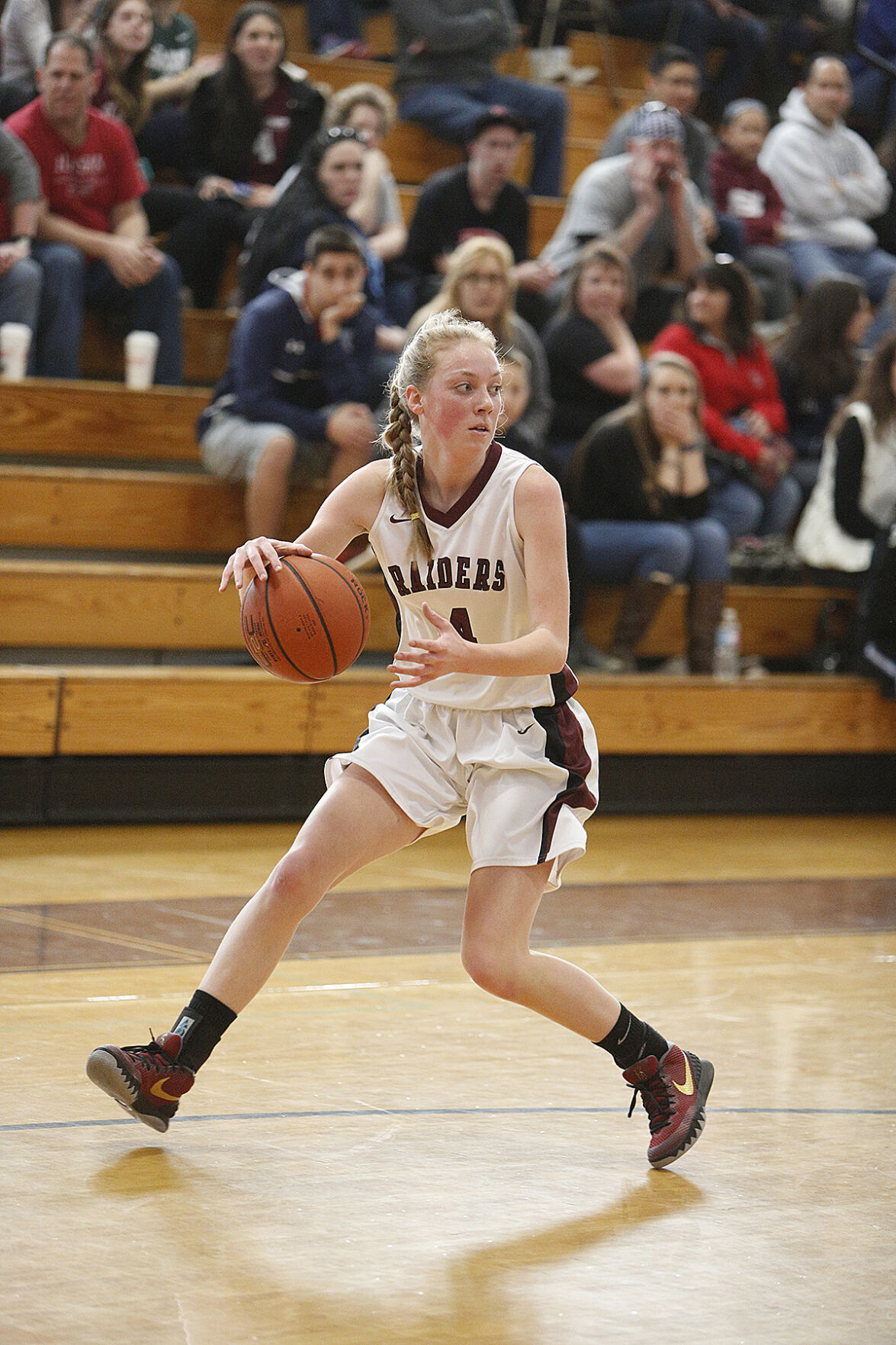 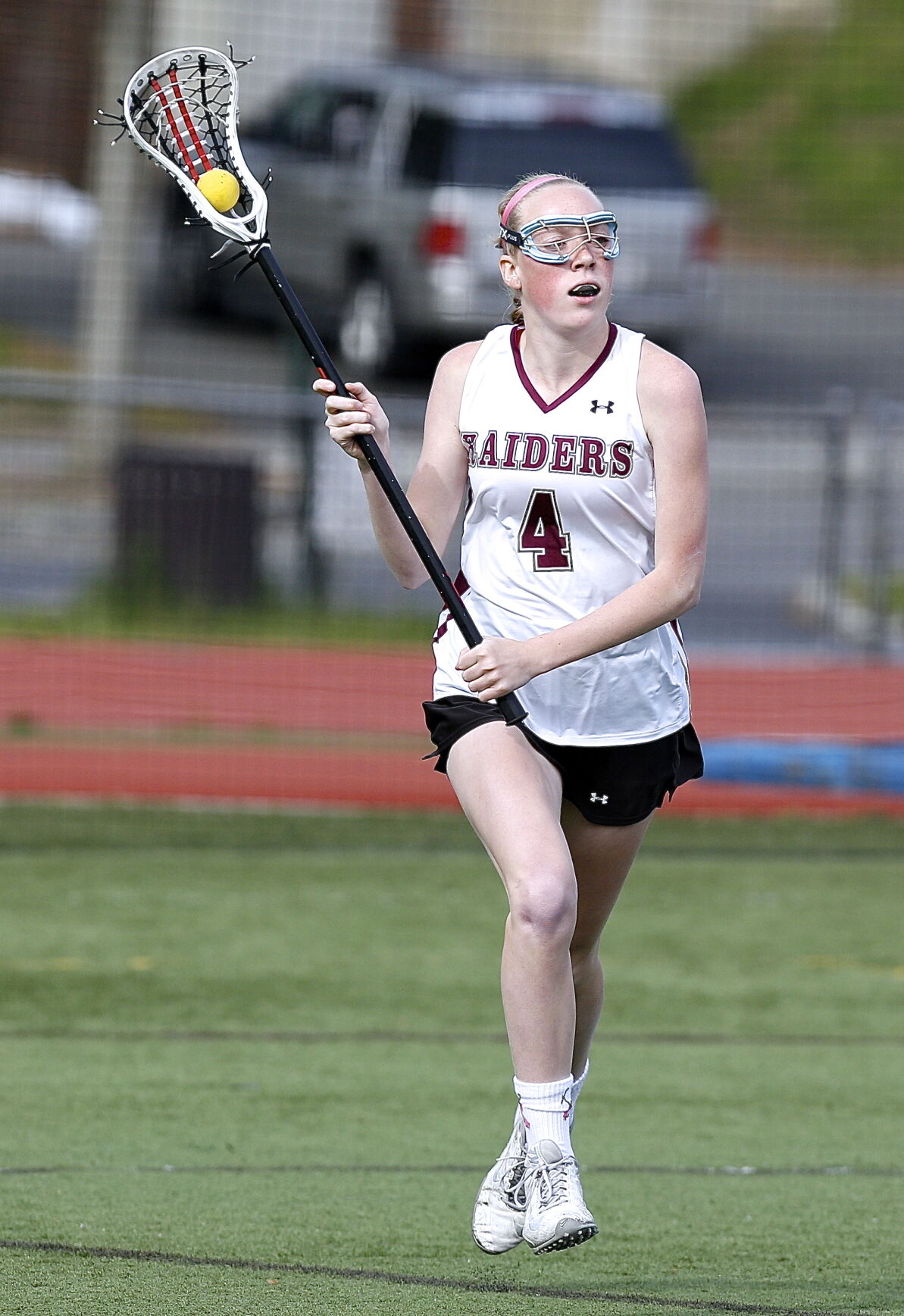 Emma Coleman was never judged by the numbers she posted in an athletic setting. For the 2017 Scarsdale High School graduate it was always the grit, passion and intensity with which she played the game as an award-winning defensive specialist — and senior year captain — in field hockey, basketball and lacrosse.

Though basketball was always Coleman’s sport, the one she expected to play in college, she decided to see where lacrosse would take her after her junior year of high school and, at the suggestion of her guidance counselor, she found a little-known gem, Division II Saint Michael’s College in Vermont.

In the 2 2/3 seasons she played for the Saint Michael’s women’s lacrosse team — the COVID-19 pandemic cost her all of her junior season and part of her senior season — Coleman became a different, even more tenacious athlete and leader, and finally racked up some numbers and added some unexpected awards to her already impressive haul from her 12 seasons of varsity sports in high school that included All-State in field hockey, All-Hudson Valley in lacrosse and All-League Honorable Mention in basketball.

In field hockey and lacrosse, she was also named the team’s Most Valuable Defender, even more impressive in that the field hockey team made the New York State finals her senior year in 2016 under coaches Sharon Rosenthal and Genette Zonghetti. At the senior athletic awards she won the Scarsdale Raider Award and the Iron Man Award.

“I have said time and time again Emma Coleman is the best lacrosse player I have had the pleasure of coaching at Scarsdale,” SHS lacrosse head coach Zonghetti said. “She did all the dirty work on the defensive end and was truly an irreplaceable player when all was said and done.”

Coleman graduated from Saint Michaels this spring with 121 caused turnovers that ranks her No. 1 in school history — she has the top three single season totals of 32 as a freshman, 52 as a sophomore and 37 as a senior — and 10th in NE10 history. She finished with 112 ground balls, including 50 as a senior, just 11 short of making the school’s top 10. Prior to the Final Four being played, Coleman ranked first in DII in cause turnovers per game with 3.7 and third in ground balls per game at 5.0.

Saint Michael’s had three head coaches over Coleman’s tenure, Brigid Brady in her fifth and final year in 2018, interim coach Courtney Barrett sophomore year and Quinn Rose, who was supposed to coach in 2020, but who did get to coach a competitive schedule in 2021.

“Part of the reason she got overlooked for even more awards was the record,” Rose said. “Something she and the program are really proud of, her garnering those awards knowing she didn’t have a record that necessarily reflected everything she was bringing to the table. I think if we had been a winning team she might have gotten more awards and been seen by more people. I had other coaches in the league commenting on how good Emma really is and when we got to those end-of-season award meetings after I would make my pitch other coaches would chime in to say, ‘I want to double down on that,’ and, ‘Playing against her is really hard.’ That was really cool.”

Coach Rose was hired in the fall of 2019 while Coleman was studying abroad, but right away the coach was impressed that Coleman was in touch with her up until they finally met in person, not knowing the season would soon be shut down.

Just over a year later Rose got to actually see what her captain was made of on the field, calling her “fantastic,” and crediting all of the seniors for being “really flexible in a hard year.”

“It wasn’t at all what they pictured when they imagined senior year,” Rose said. “For her to be able to put together the stats on the field and that team camaraderie for us in a locker room setting during such a difficult time was incredibly impressive. It was something special for her as a leader and her as a lacrosse player.”

Rose called Coleman’s one-on-one skills “pretty incredible,” recalling one game when she had 14 ground balls and “almost all of those were her completely stripping her attacker of the ball.” Coleman’s field vision and lacrosse IQ just put her over the top in any physical matchup.

“There’s the lacrosse side of it and also the other side of it where her teammates are drawn to her and they listen to her,” Rose said. “She’s not always the loudest voice and that’s another piece that you can’t overlook. Emma isn’t an individual player — she’s really a team player. The most special piece of it is that she makes the people around her better.”

Coleman remembers the “very late decision” to focus on lacrosse, but to her it made sense because she started playing much later than many of her friends had. She “rushed” to find a club team and start reaching out to college coaches for lacrosse instead of basketball.

“I started loving it a lot later than my friends did,” Coleman said. “I think a lot of it had to do with how much I loved my lacrosse team in high school and how I loved my coaches. It became an easy decision even though I had played on three basketball teams and travel teams. I just never got to specialize in lacrosse and when I got to focus on it I loved it.”

She visited the college several times before committing, but fell in love with the small classes, the low enrollment — fewer students than Scarsdale — and the “tight-knit community” in which a large percentage of students are athletes.

Coleman thought she had hit her peak as a senior at Scarsdale and as a freshman at Saint Michael’s, and was surprised at her transformation into “a completely different player” than she had been her entire life.

“I just grew tremendously,” she said. “It was definitely hard because I had three coaches in four years there. My sophomore year it was an interim coach because the coach quit winter break that year. But I think she was the coach that really helped me a lot because she had just graduated from UMass Lowell the year before and she took me under her wing and gave me the confidence to be the player I was starting my sophomore year. If I would have watched myself play freshman year I don’t think I would have recognized myself because I think I’m so much different, especially with different coaching styles and different teammates each year. I had a different role each year, which was fun and challenging to me.”

Having her junior season shutdown due to COVID-19 just three days prior to the start of the season was a major blow as some teams had at least played a handful of games already. Not Saint Michael’s. Not only was Coleman frustrated for her own momentum as a player, but she felt the team was about to turn a corner.

“We did a great job coming back in 2021 not taking anything for granted since we weren’t sure if we’d even have a season,” Coleman said. “We were thankful to have at least half a season. It was difficult for my coach, too, because that was her first real season and there was COVID, but we all came together to make up for the lost season.”

Dealing with social distancing and masking — not for games — and constant COVID-19 testing senior year was a nuisance, but worth if for Coleman and her teammates. “It was definitely far from anything normal, but we got used to it and it felt normal by the end,” Coleman said.

Coleman, who majored in business administration and minored in psychology, isn’t done with her athletic career or her studies just yet. Last week she committed to attending Division I Bryant University in Rhode Island to pursue an MBA and use her final season of NCAA eligibility.

Kinda makes you feel bad for what the Northeast Conference is going to be up against in the spring of 2022.