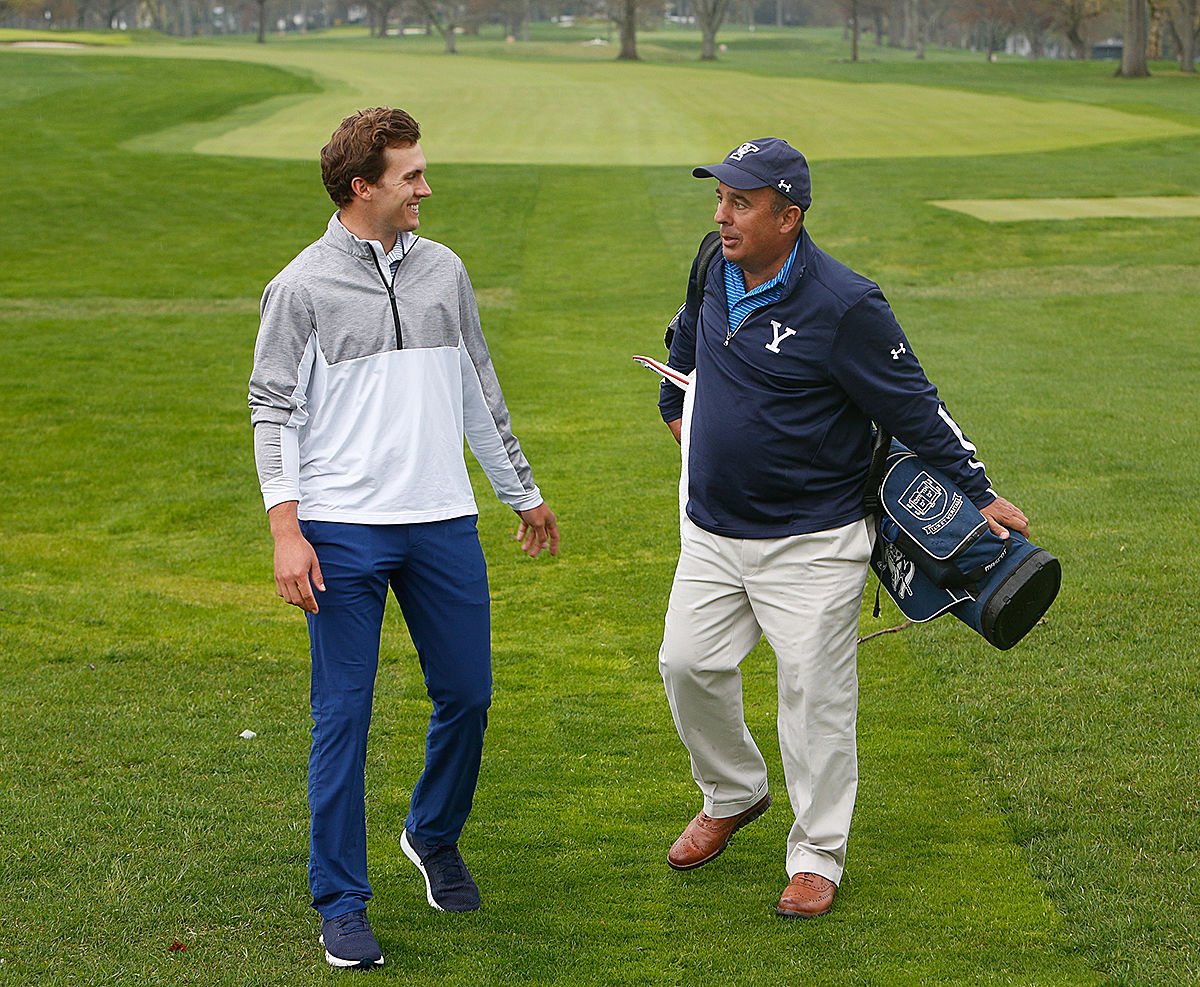 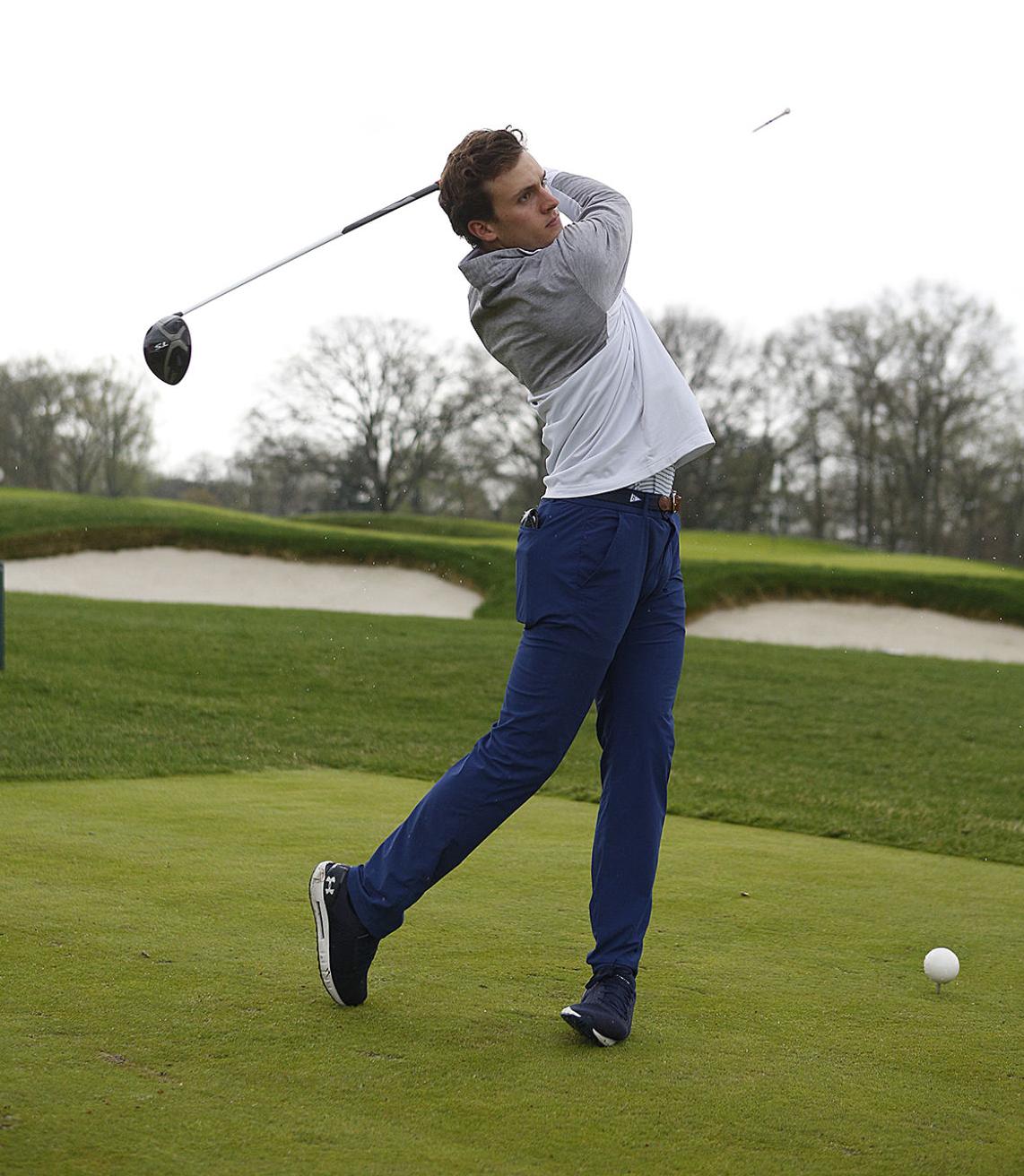 James Nicholas doesn’t believe in personal achievements. Even in the individual sport of golf.

In making his PGA Tour debut Thursday, July 2, at the Rocket Mortgage Classic at Detroit Golf Club, No. 1 on his mind was celebrating his father’s 60th birthday — one day later — in style, by having his dad, Stephen Nicholas Sr., caddie for him.

“It’s pretty cool to play on the PGA Tour with my dad on the bag,” 2015 Scarsdale High School graduate Nicholas said. “He’s been my biggest supporter in golf throughout the years … A lot of guys think I should get a professional caddie, but it’s going to be a special couple of days with him and hopefully we can both learn from the experience and share the moment.”

Nicholas had some near-qualifications in Columbia, Panama and Mexico, where he was the first alternate, and he was slated to play in a pair of PGA events in Louisiana, which were shut down due to the COVID-19 pandemic.

“I was on the edge of getting into all these events, but I ended up not getting into any,” he said. “Then I got two guaranteed starts in Louisiana, and I was super pumped. I wanted to go and play well and then reshuffle — every four weeks the Korn Ferry Tour reorders their primary list based on the points throughout the year — but COVID hit and the Louisiana events were the first two canceled, so I lost my opportunity.”

The club Nicholas had been training at in Florida remained open during the pandemic, so like he had before qualifying school in the fall after graduating from Yale last summer, Nicholas took the opportunity to again work on every aspect of his game. “I made the most out of a bad situation,” he said, adding, “That really helped me coming out of quarantine. Then [in] the first event back, I proved to myself the hard work paid off.”

On June 8 in a Korn Ferry Tour Qualifier, Nicholas shot an 11-under 61 to gain entry into his first Korn Ferry Tour event after having come close after the final stages of Q School.

“On days like that, everything is going well,” Nicholas said. “The putts are going in, you’re hitting the ball well, you’re getting the right bounces. My lowest score going into that round was 63, which was 9-under, so to go out and shoot a 61, 11-under par round was pretty awesome. It was a cool feeling coming off three months of just hardcore grinding and working on my game.”

During a rain delay that day, and with a 3.5-foot putt coming up to get himself to 8-under through 11 holes, Nicholas texted his family about the career round he was having. He sunk the putt, made three pars in a row and birdied 17 and 18 to get to 11-under.

“It was a pretty cool feeling, just one of those moments I’ll never forget, definitely a round that kick-started my professional career,” Nicholas said. “It was the right moment to do it.”

In his first Korn Ferry event on June 14, the Korn Ferry Challenge at TPC Sawgrass, Nicholas shot 70-67-71-71. “I made the cut of the tour event, finished tied 39th, got 15 points and reshuffled into the full status category,” he said.

Nicholas followed that up at the Utah Championship on June 28, but his 75-69 didn’t make the cut to continue. Still, he found out on Thursday that week he’d been invited to make his PGA debut in Detroit with a sponsor’s exemption.

“Playing a PGA Tour event is what I’ve dreamed of — to play top level golf,” Nicholas said. “If I can go out there and play well, it could change my life. It’s a great opportunity, a big step up from college golf where I was a year ago. I feel I’m ready for it, my game is trending in the right direction and I’ve got to go take control.”

With his dad as his caddie this week — this is certainly not the first time they have paired up on the golf course — Nicholas said he would “feel a little more relaxed.”

At Scarsdale High School, Nicholas was All-State in football, ice hockey and golf. He helped the ice hockey team to back-to-back Section 1 championships and to New York State Final Fours as a junior and senior. For golf, Nicholas was a two-time state qualifier and won the New York State Championships and was the Federation runner-up as a senior. His teams won two Section 1 team titles. In 2014, he was named International Junior Golf Tour Player of the Year. In high school he was still only playing a few months each year.

At Yale, Nicholas dropped football to finally focus on golf and was two-time Ivy League Player of the Year as an upperclassman.

Whether he has another big-time performance in Detroit — Nicholas is known as an athlete who steps up when the chips are on the line — and earns more PGA time or returns to the Korn Ferry Tour, Nicholas, at age 23, is living his dream, despite being relatively new to the game compared to his peers.

“If I play well a lot can happen in a short amount of time,” he said. “There’s a big opportunity and hopefully I can do my best, not focus on the outcome, focus on one shot at a time and see how it all adds up.”