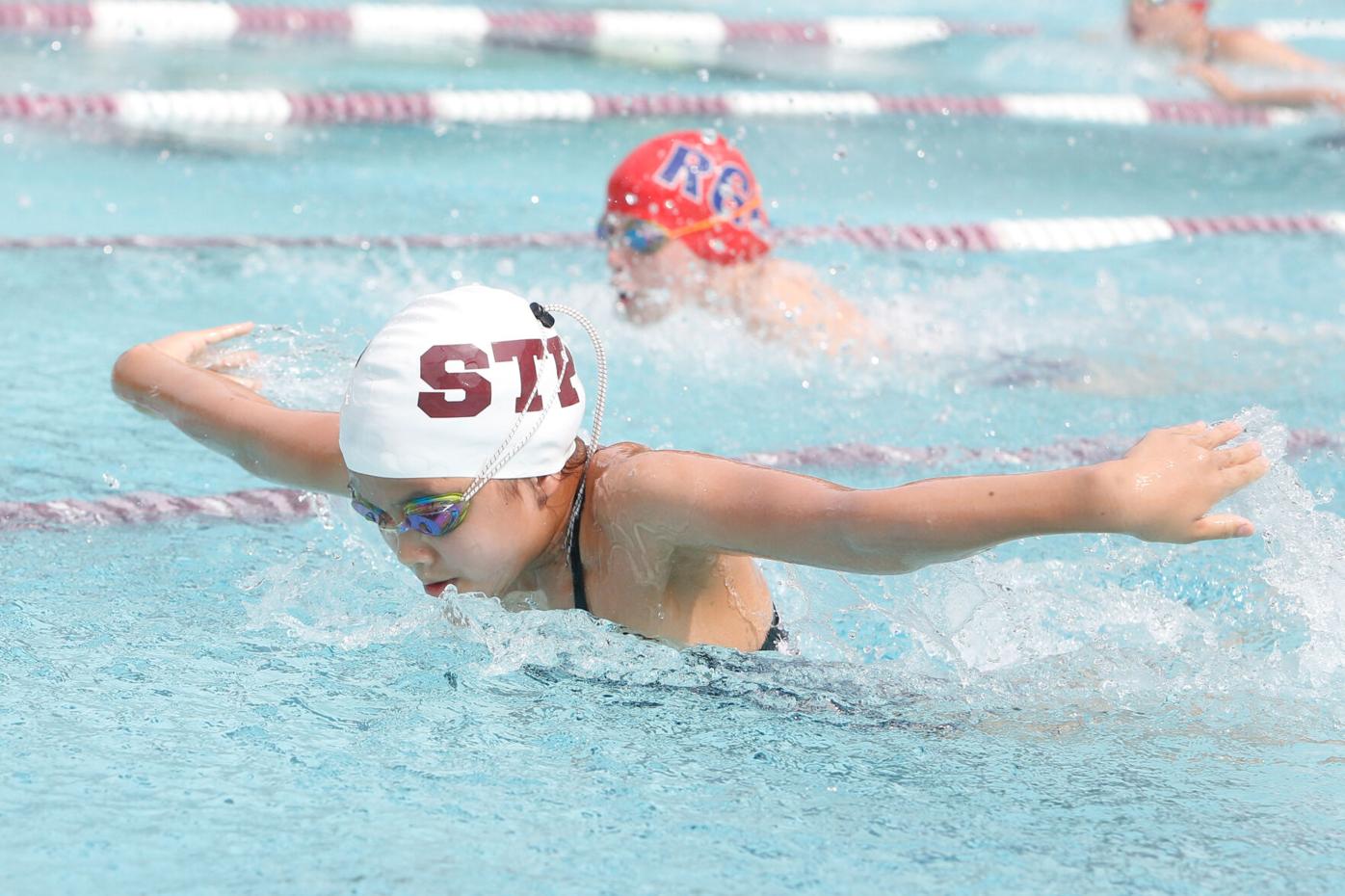 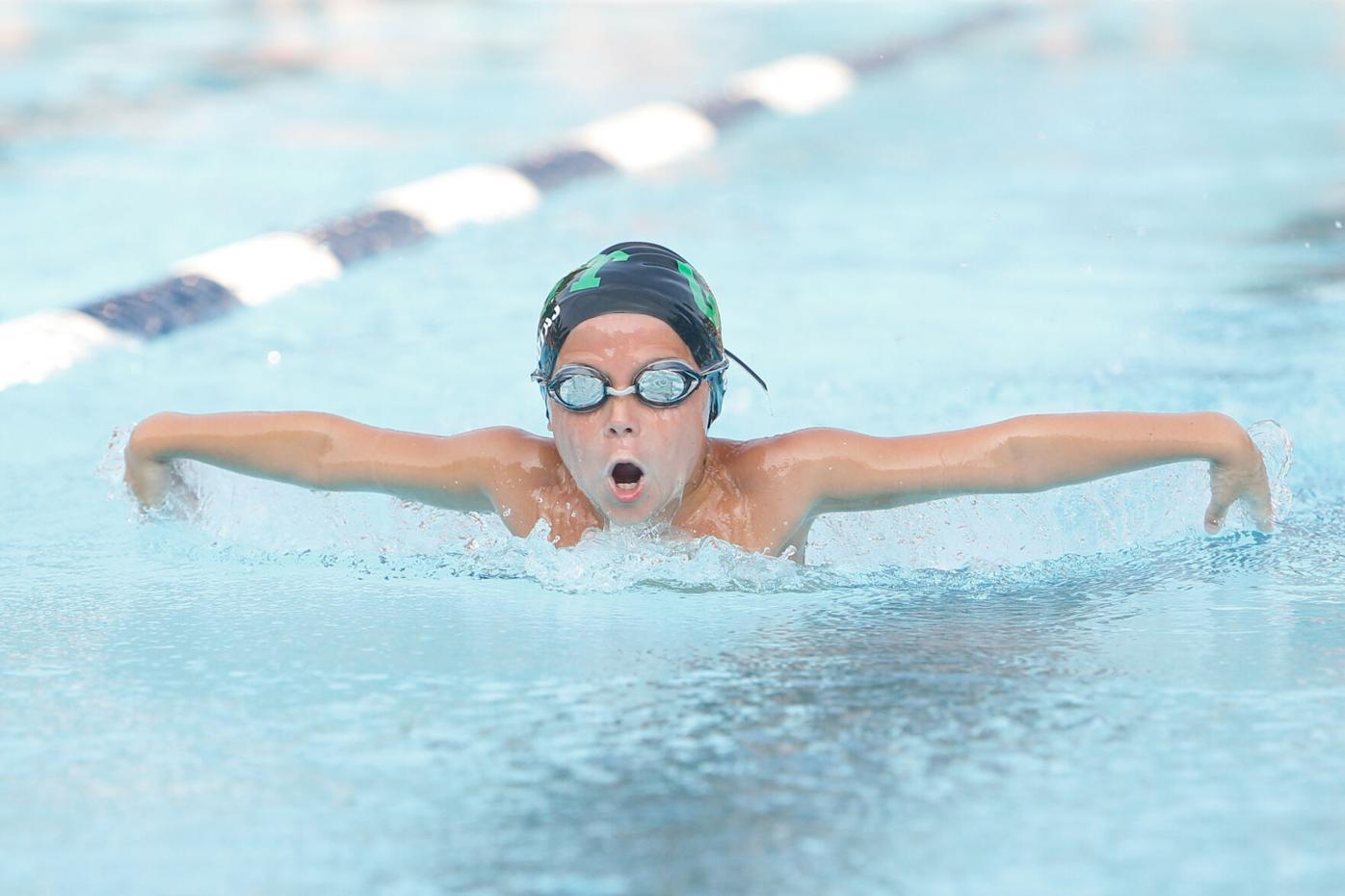 Going 4-1 in Division 1 and taking fourth of 30 scoring teams in the Westchester County Swim Conference championship meet was all just “the cherry on top,” according to Scarsdale Town Pool swim and dive team coach Inga DeNunzio.

After COVID-19 interfered with a competitive season in 2020, having a nearly normal season was all that really mattered.

“It was amazing, so much fun, definitely one of the more fun summers I’ve had in a very long time,” DeNunzio said. “I’m very happy about it. I really think everybody’s expectation levels were a lot lower, so when we were able to meet them and exceed them it was amazing. It seemed everybody needed to do something and this was the program they chose. I’m so happy they did. We ended up with such an amazing team. Winning and losing aside, I don’t think we had a kid not swim because it was too cold. They got in, swam, had fun and just did it.”

At conferences, Scarsdale finished behind three other Division 1 teams, Lake Isle, Westchester Country Club and Rye Golf Club, and had six swimmers in the top 10 high points for their age group: David Zoota was third for the 15-17-year-old boys, Evelyn Wu third for 9-10 girls, Benjamin Maibrunn fourth for 8u boys, Sophie Reis fifth for 11-12 girls, Lily Tamaura tied for fifth for 8u girls and Felix Mao tied for 10th for 11-12 boys.

Zoota had some special competition in the water as he swam against Scarsdale High School teammates in his races. Aiden Lee placed second in high points for Wykagyl and Drew Hill was fourth for Westwood.

“It was very nice to see that the high school team was very well-represented,” said DeNunzio, who also coaches the Raiders in the winter. “I met an incoming freshman who was at conferences last week. We’re looking at the 17-and-under group and the high school crew and we covered three out of the top eight places in these events. I’m pretty happy about the Village of Scarsdale’s summer team and the high school boys team because I think both programs are growing.”

Wu scored Scarsdale’s lone championship at conferences, winning the 10u girls 50 backstroke. She also took second and fourth in her other events, the butterfly and freestyle, respectively, and was part of the second place 10u 200 freestyle relay with Yingyuan Fang, Serena Zhu, and Sara Takamoto.

“She had a phenomenal summer and it’s because of the fun that people have,” DeNunzio said. “When people are having fun and relaxed they do better in any sport. It was nice to be comfortable and doing so well at that moment in time. Conferences you have a few hours and she hit it perfectly.”

Maibrunn had a pair of runner-up finishes in the backstroke and butterfly, while also tying for sixth in the freestyle, while Tamaura was top six in her three events: third in butterfly, fifth in backstroke, sixth in freestyle.

Scarsdale’s diving crew also had a sold meet as Veer Dewan placed second for the 10u boys and also dove up to take 12th for 13u. In 13u, Victor Dyakin placed fourth. Tessa Leroy was eighth for the 13u girls and fifth for 18u.

“This might have been our best diving conferences in a very long time,” DeNunzio said. “We did amazing and some kids dove for the first time. We had a lot of good divers and they put us in a position for the swimmers to be able to finish where we were. We didn’t have 14u boys or three different relays. The divers making up those points helped us and Maddie did an amazing job. They finished 4-1 this year also and only lost to Rye Golf Club.”

There was no Westchester County championship meet this year and that meet, which had long been rumored to be on the chopping block, may not resurface in the future. Teams typically have that meet to see the competition prior to conferences, so teams were going in without much knowledge of the competition.

“You see them in the dual meets having such success and then you go to the conferences and you have six divisions of kids, so you don’t know how they are going to fare in that world,” DeNunzio said. “It was great to see top finishes and top swims and for Evelyn to win a championship was great.”

The format was also different as the boys and girls and different age groups were split up and no spectators were allowed, so the typical energy wasn’t there on the pool deck. There also wasn’t a day dedicated to finals and consolation finals, so swimmers had one chance to perform in the seeded heats at conferences.

“It’s nice to get through a meet quickly, but you missed a lot,” DeNunzio said. “You missed the kids being there, the cheering, the parents being around. There were some things that were positives and some things that were neutral or negatives. Finals was always a fun day, so not having that was different, but we did what we needed to do. It worked for this year and next year hopefully we don’t have to worry about that and we can get back to a normal season.”

Between not having a season last summer, some kids not returning and new kids coming in, DeNunzio didn’t know what to expect. She was pleasantly surprised at maintaining the high standard that’s been set over the last decade-plus.

“I see these kids for a half dozen or so years at a time so the turnover sometimes you don’t foresee what is going to happen and I didn’t foresee this happening whether it was the kids that moved into the area or the kids that just grew up and got better or chose swimming as a sport,” she said. “We lucked out.”

While Greenburgh had a virtual season last summer in what turned out to be longtime coach Jackie Cordero’s final year, this was a transition year to new coaches and a large group of new swimmers.

“We’re just really glad we were able to bring the team together and have a team for the 50 families that we served,” new coach Greg du Sablon Jr. said. “We had about 40% brand new to the swim team environment, so we brought in some new families and new swimmers. We were able to have five dual meets, which was really great. We have a strong core group of families on our team and we were happy we had a swim program for them.”

After an 0-5 season in Division 1, which will lead to being placed in Division 2 next summer, GST took 17th in the conference, a solid middle of the pack performance led by Quinn Cronin, Connie Coulthard, Tamsin Coulthard and Kelly Tula on the girls side and Ivan Ostashkin and Peter Park on the boys side. Tamsin Coulthard was ninth in 13-14 high points, Tula ninth for 15-17.

“It was the fulfillment of our plans for them,” du Sablon Jr. said. “They’re strong swimmers and we know that they’re in the top of their age groups, so it was great for them to come through and get recognized.”

Ostashkin was fourth in the 12u backstroke and 11th in his other races, while Park placed sixth in the 14-u breaststroke.

For many, this was their first time seeing top competition in both Division 1 and at conferences, so it was a building block for 2022.

“It was a new experience for all the new people, but it was fun and kids were seeing friends and friends from winter clubs at the meets,” du Sablon Jr. said. “There were a lot of hugs and chatting with their buddies, so that was cool.”

The COVID-19 restrictions did take some of the flair out of the conference meet, but du Sablon Jr. also hopes that’s only temporary.

“It was really awkward this year because of the restrictions we had at conferences,” he said. “It wasn’t one big meet. It was broken into eight meets by age group and location and there were no spectators allowed. It was definitely far from normal as far as conferences go, but nonetheless they swam and got awards and some of the top swimmers did well. We’re looking forward to building and growing for next year.”

What will really help is having more time to plan to the season as the new coaches were hired very close to the start of the season.