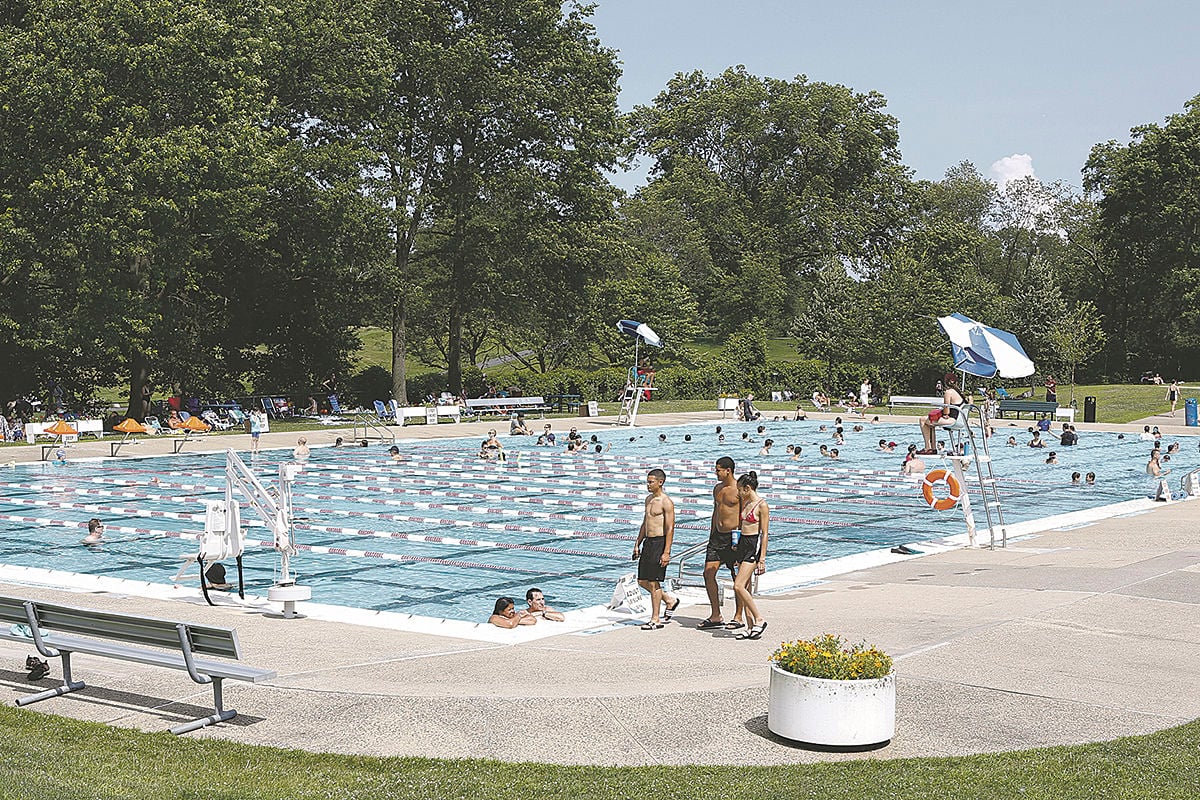 Scarsdale pool will be open starting July 18 for an 8-week season. 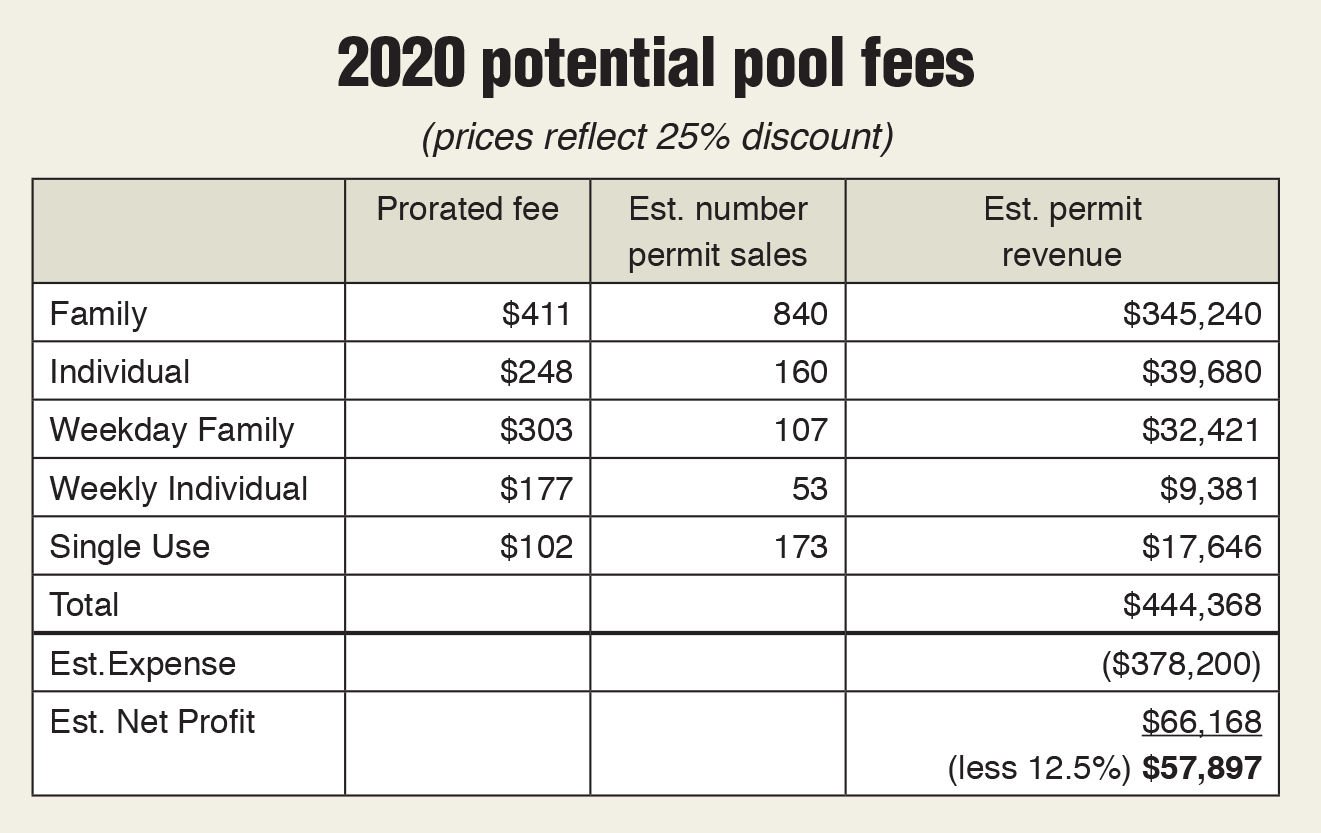 The village is getting ready to dive in to open the municipal pool complex in July.

Based on data from a villagewide resident survey, Parks, Recreation & Conservation Superintendent Brian Gray recommended to the Scarsdale Board of Trustees June 9 that the pool complex should open for an eight-week season starting July 18 at a 25% permit rate discount.

“[Brian Gray] and I have been talking since April about … how we should move forward with trying to get ourselves ready to open [the pool] without much guidance coming from either the county or state health departments,” said Village Manager Steve Pappalardo.

In an analysis of the respondents’ data, charging full price would lead to a reduced number of permits sold, meaning the village would face a potential net loss of $63,046. According to the survey, if pool permit fees were cut to 75% of the 2020 fees approved in February, the village could realize a net gain of $66,168.

“There is a potential for a revenue gain with that 75%, if individuals were to purchase the passes they said they would through the survey,” said Gray.

The state has yet to issue guidelines for safely operating pools as the pandemic drags on, which means the village may not realize the number of permit sales indicated in the survey. Gray said estimated revenues were reduced by 12.5%, which would still leave the village with a potential net profit of $57,897, if pool permit fees were reduced to 75%.

State guidelines might also limit the pool complex’s capacity, which could mean some pool patrons would be turned away on high volume days. Pool programming like group swims and lessons could also be impacted. According to survey data though, about 86% or 1,537 respondents said they would still purchase a pass knowing that social distancing mandates could force the complex to limit capacity. About 90% said they would be interested in buying a pool pass even without programming. According to Gray, guidelines might force the complex to limit occupancy to 50%, which could lead the village to rethink its push to allow nonresidents to purchase passes.

Gray said he “would be nervous” to allow nonresident passes, because that might preclude a resident from getting a pass.

“If all of a sudden we can open up at 100% occupancy, I think my statement would be a little different, however I think we want to protect this valuable resource for just the residents of Scarsdale at this point,” Gray said.

Trustee Seth Ross said he was concerned that although roughly 85% of respondents said they would tolerate being turned away due to limited capacity, in reality, patrons might become frustrated. To avoid that, Ross suggested the pool managers could send out email blasts to alert residents when the facility reaches capacity.

“It’s not [that] the questionnaire’s not valid, it’s just that feelings are different when you’re actually faced with the situation,” he said.

Trustee Justin Arest asked whether a reservation system could be put in place for the pool complex, and Trustee Jane Veron recommended the village send a notice on Twitter when the pool complex fills to capacity. Gray said the village has been using a reservation system for the tennis courts, and personnel training would be necessary to expand the system to the pool.

Mayor Marc Samwick said he believed, giving nonresidents access to the pool was a “very challenging ask” for the community when there’s a possible 50% cut in capacity. He also asked the trustees how they felt about allowing school district and village staff to use the pool complex, as well as lowering the fee from 75% of the 2020 fee to 65%.

The trustees, by and large, said they were willing to defer to staff regarding the 65% to 75% fee, and to have a tiered approach to pool usage, with residents having top priority, followed by school district and village employees and finally nonresidents.

Giving non residents permission to join the pool complex is absurd ! Why am I paying the resident fee for 44 years when my TAXES are sky high...I should pay Yonkers Taxes and attend the Scarsdale Pool...Give the Scarsdale Seniors FREE ENTRY for the season...Respectfully ,SAL GULLA 1 Ferncliff Road