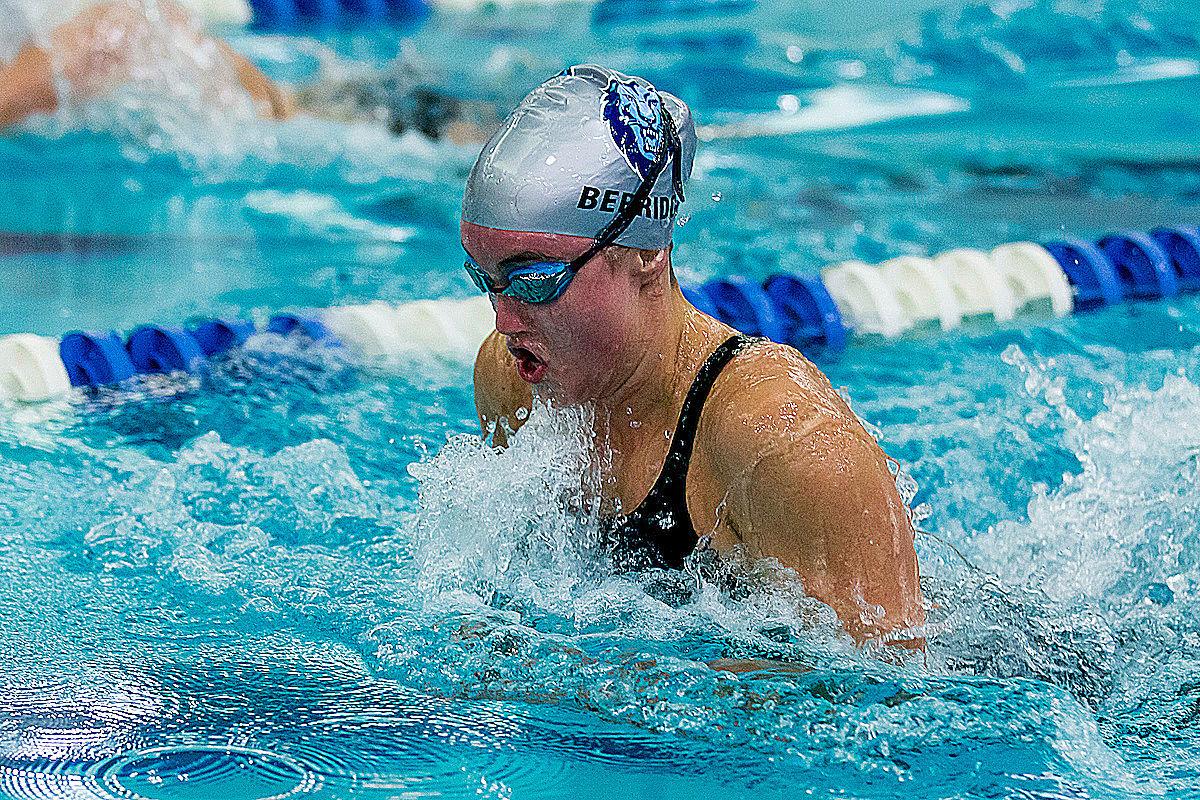 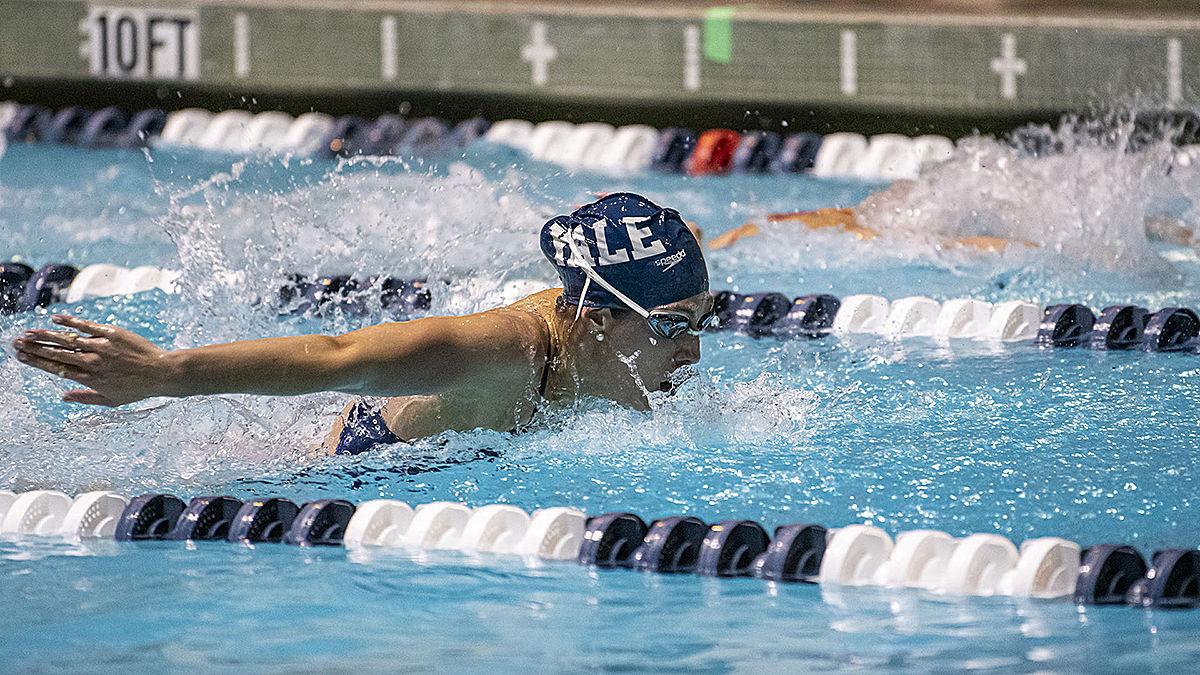 Senior Graham Novitch (Scarsdale ’16) competed at three events in the Centennial Conference Championships for Dickinson University men’s swimming. Novitch wrapped up his career by placing seventh in 100 backstroke in 52.90, sixth in 200 backstroke in 1:53.58 and ninth in 100 butterfly in 51.92. Dickinson placed fourth in the conference.

The former Scarsdale Raiders who completed their first year swimming and diving in college had a strong start to their careers:

Wong was 23-13 over the winter, including 5-2 at the Brandeis invitational and 13-3 at the Philadelphia Invitational. Freshman year she had 17 wins.

Rusoff finished the season with a 3-2 record compiled at the Brandeis Invitational. Sophomore year she was 12-48.

Rusoff fenced for four years at The Master School in Dobbs Ferry, where she was a two-year captain. She was third overall in the foil competition at consecutive Independent School Fencing League championships (2016 and 2017) and helped Masters to three straight third-place finishes at the ISFL championships.

Rusoff fenced for the Team USA Junior Women’s Foil Team, as well as in the Individual completion at the 2017 World Maccabiah Games.

The once dynamic Scarsdale boys basketball duo of Max Bosco (Scarsdale ’17) and Nash Goldman (Scarsdale ’18) played their second season together at Middlebury over the winter. The Panthers were 21-6, 6-4 NESCAC and advanced the NCAA Division III tournament.

Middlebury fell 100-82 to Trinity in the NESCAC quarterfinals. In NCAAs, the team beat Westfield State 78-69, with Bosco scoring 18 points and hitting four three-pointers. In the next regional game, Brockport narrowly defeated Middlebury 84-81. Bosco had five points in the game.

For his junior season, Bosco started 24 of the 26 games he played in, averaging 14.6 point per game and hitting 45 three-pointers, grabbing 75 rebounds and making 48 assists.

Cole Kattan (Scarsdale ’19) did not see action for SUNY Geneseo men’s basketball in his first season on the team. Geneseo was 9-17, 6-12 SUNYAC, and lost 81-54 in the SUNYAC quarterfinals to Oneonta.

On the women’s side, Audrey Shaev (Scarsdale ’18) played 19 games, including one start, for Connecticut College basketball. She averaged 2.7 points per game as the team was 7-17.

Devon Schell (Scarsdale ’15) played his sophomore season for Wilkes University ice hockey. In 29 games, Schell scored six goals, including a game-winner in overtime, and had seven assists. Wilkes was 19-10, 14-4 UHFC. In the UHFC tournament, Wilkes won 7-5 and lost 3-2 to Stevenson University in the semifinals and then lost 4-0 and 6-2 to No. 3 Utica in the finals.

High jumper Kendall Bensche (Scarsdale ’17) started the season for Harvard at the Crimson Opener with what would be her best jump of the winter at 5 feet, 7 inches. At the Ivy League Championships, Bensche placed 11th at 5-5.75, her second best height of the season.

Greg Crowley (Scarsdale ’17) placed fourth in the distance medley relay at the NEICAAA indoor championships in 10:15.28 for Dartmouth men’s track and field.

Leading a large freshman class of former Raiders competing in college track and field this year, Nico Bernard (Scarsdale ’19) had strong performances for McGill University. McGill placed third at the RSEQ conference championships. Bernard anchored the all-underclassman 4x400-meter relay team, which won in 3:25.78. Bernard was the third leg of the runner-up 4x800-meter team in 7:53.84. He was also 13th in the 300-meter in 37.45.

Elizabeth Elcik (Scarsdale ’19) competed in cross-country once and saw more action for Santa Clara University indoors by placing sixth in the 800-meter in 2:32.16 and second in 4x400-meter relay in 4:17.44 at the West Coast Invitational. She even competed in the 2020 Cal Opener for outdoor, placing 12th in the 800-meter in 2:33.80 before the season ended abruptly due to COVID-19.

Sierra Donovan (Scarsdale ’19) placed seventh for Amherst in the 800-meter at the Brown University Invitational in 2:33.56.

George Brady (Scarsdale ’19) ran seven cross-country races, including the NESCAC championships, for Hamilton College. In the winter, he placed 11th in the mile in 4:52.96 at the Colgate Class of ’32 Invitational.

Brooke Bensche (Scarsdale ’19) competed for MIT track and field once as a freshman, but did not register a height at the Jan. 25 Art Farnham Invitational.