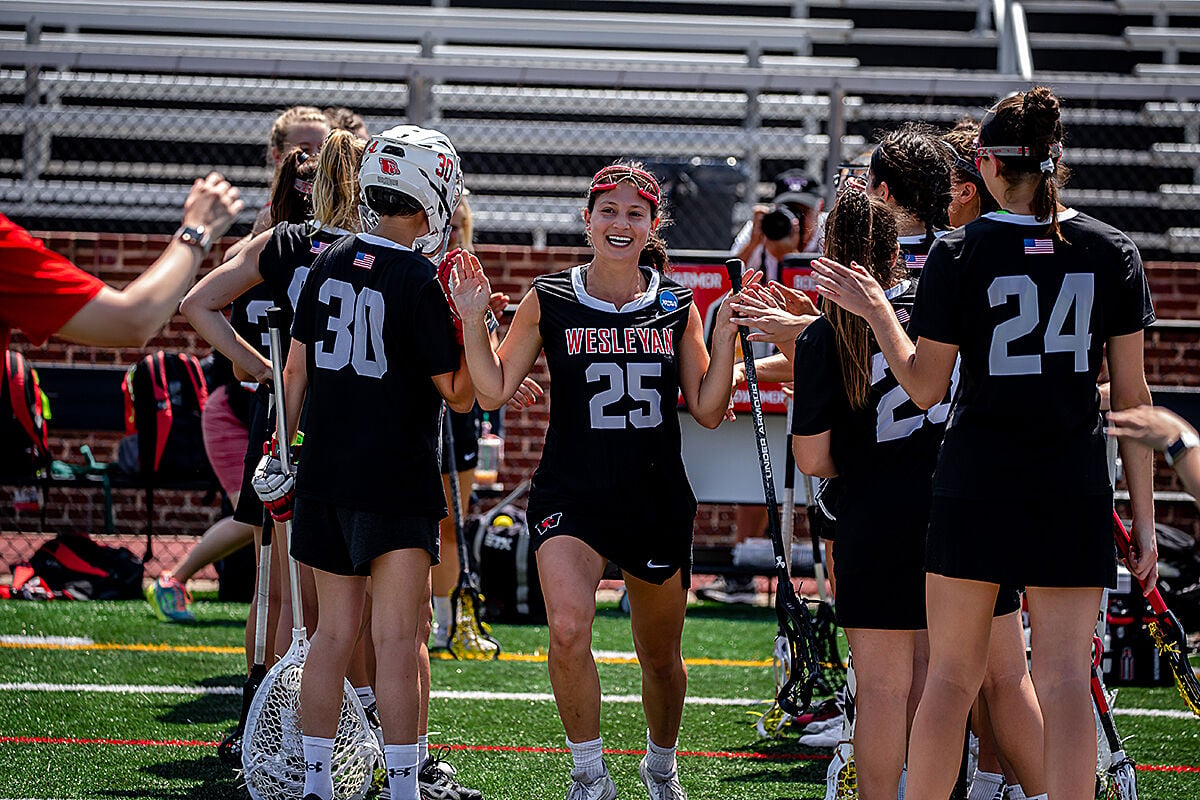 Gillian Lubin at the Final Four in 2019. 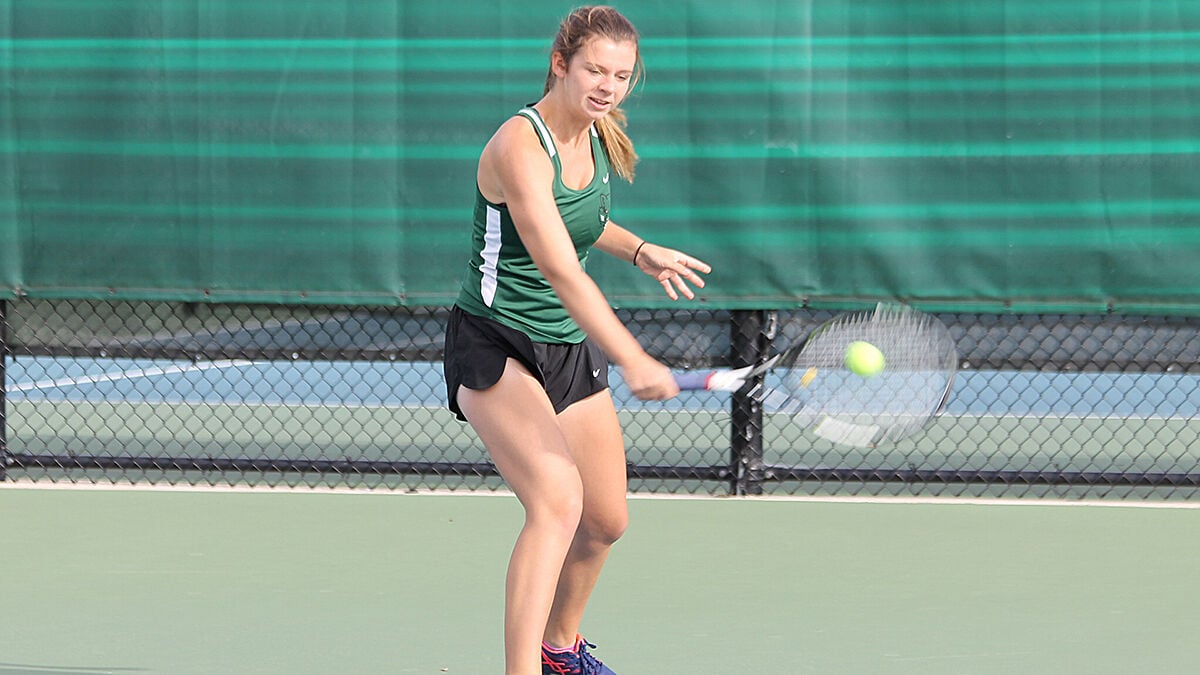 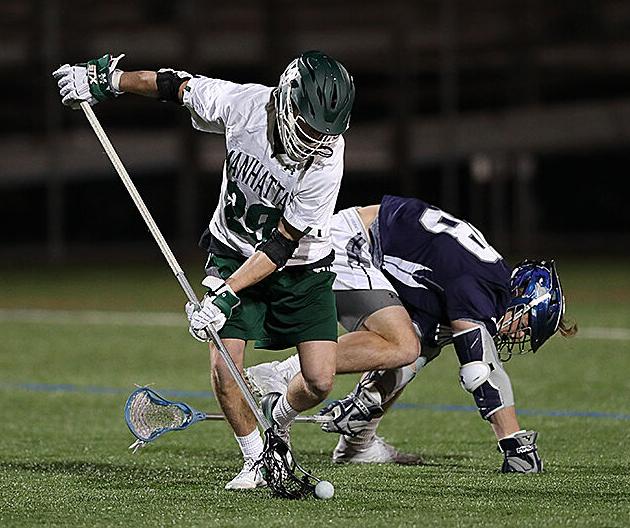 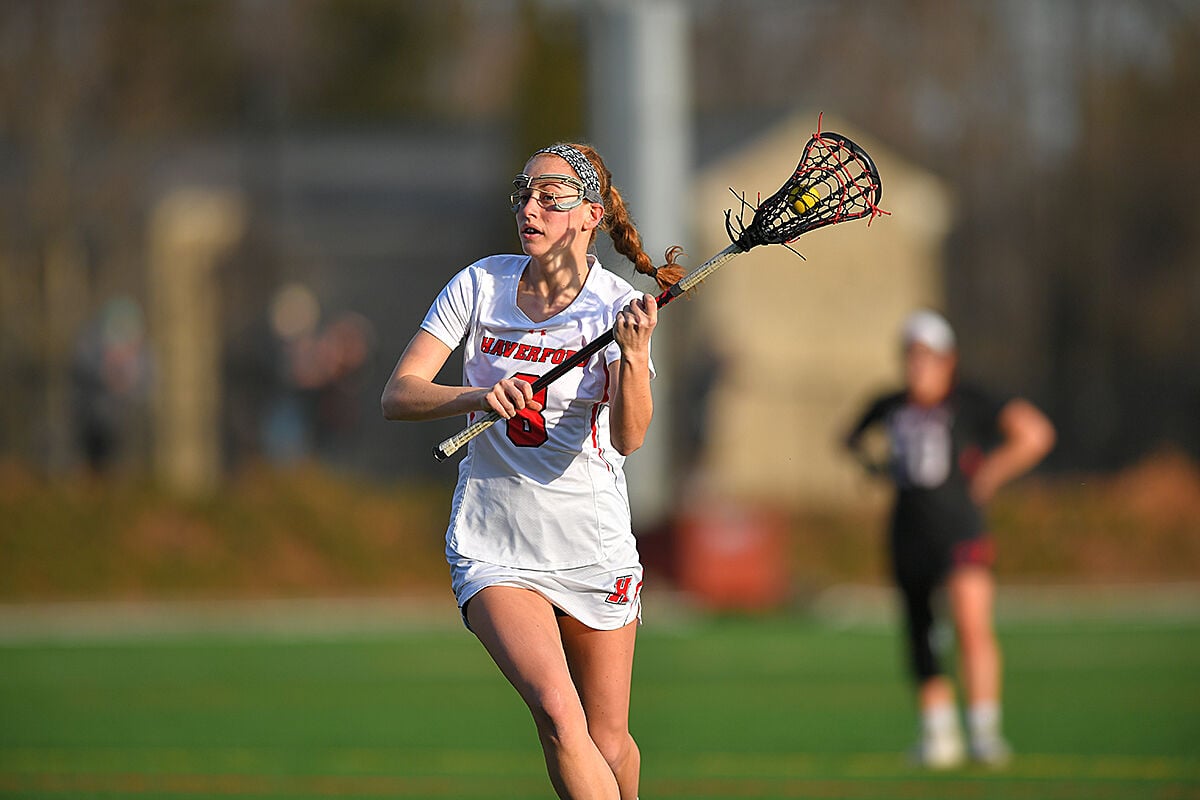 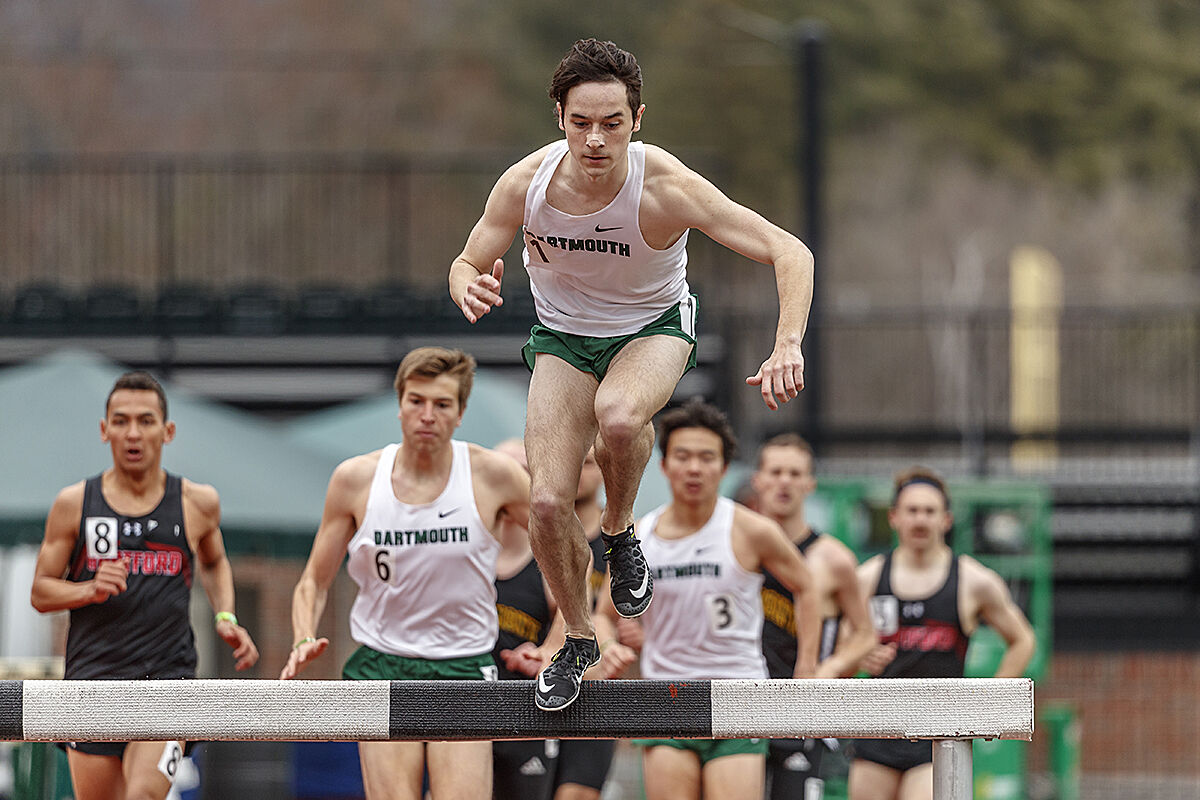 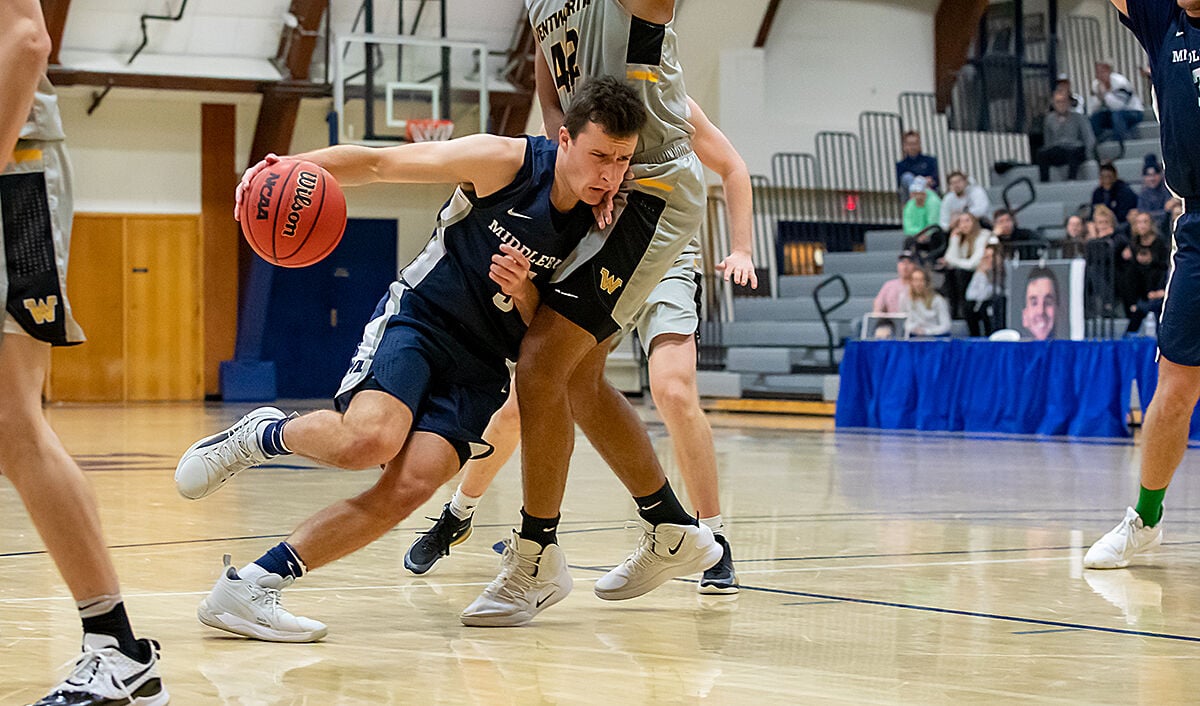 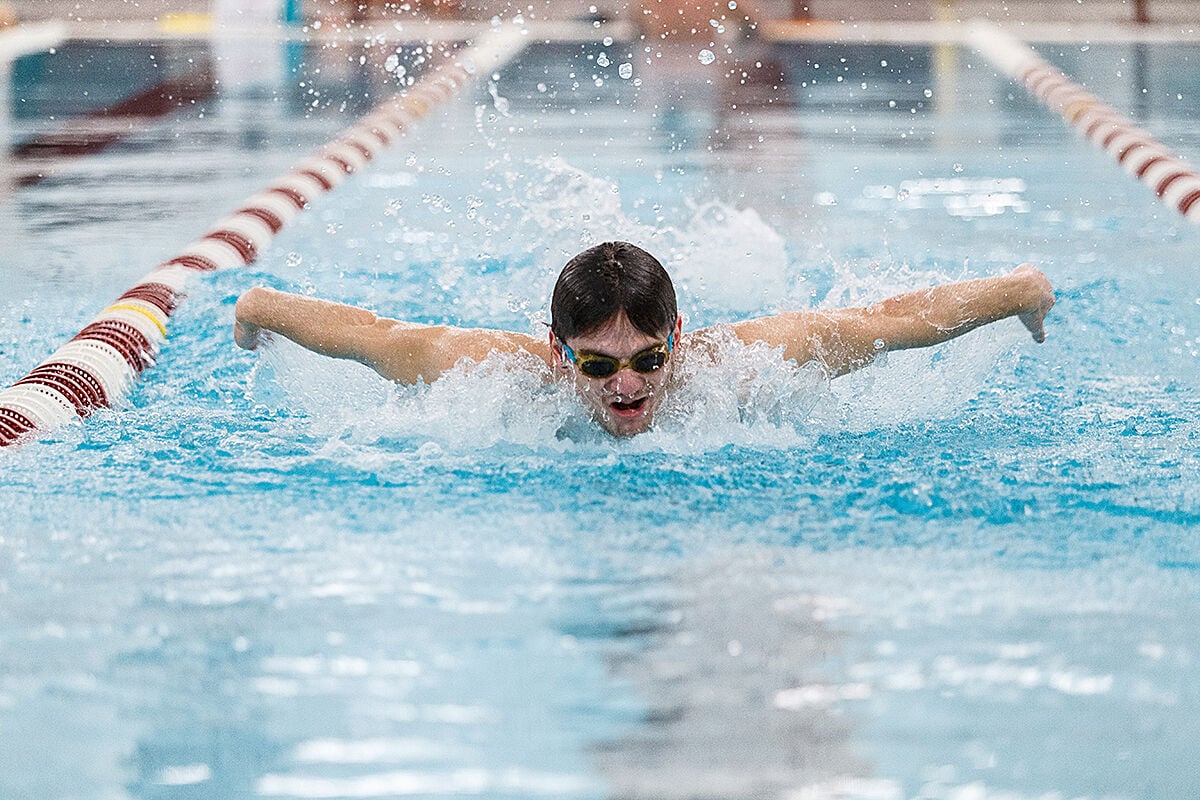 Gillian Lubin at the Final Four in 2019.

Scarsdale and Edgemont athletes playing in college had a mixed bag when it came to COVID-19 and its impact on sports in the spring of 2020 and for the 2020-21 academic year. Some spring 2020 teams started their season before being sent home and many athletes lost out on fall and winter sports, while the spring was the closest to normal for anyone. The Ivy League canceled all sports for this past school year. Many athletes lost out on their final season(s) of eligibility.

Redshirt freshman Rob Rolfe (Scarsdale resident/Lawrenceville School ’19) and University of Richmond played four games this past spring, going 3-1 with one game canceled. Rolfe, who was the two-year starting quarterback for Lawrenceville, was moved to wide receiver by Richmond and played in three games.

Olivia Bryant (Scarsdale ’20) and Virginia Wesleyan University played a delayed season from February through April 2021, going 5-3-1, 4-2-1 ODAC. In the ODAC tournament, Virginia Wesleyan beat University of Lynchburg 1-0 and lost to Washington and Lee University 4-0. Bryant started seven games. Her lone goal was a game-winner in the 77th minute against Emory & Henry.

Allison Stafford (Scarsdale ’19) and Amherst College did not have a season in the fall of 2020.

Fayez Merchant (Scarsdale ’18) and University of Pennsylvania did not have a season in the fall of 2020.

Julia Jamesley (Scarsdale ’19) and Colgate went 2-3 in March and April 2021 with one game canceled. Jamesley played in all five games.

Volleyball was canceled for Manya Kula (Scarsdale ’19) and Middlebury.

Redshirt freshman Nicky Meglino (Edgemont ’19) and Pittsburgh went 3-4 and took fifth at the ACC Championships. Meglino was 2-4 for the team and 5-14 overall at 184 pounds.

Junior Devon Schell (Scarsdale ’15) and Wilkes University went 7-4, including a 3-2 overtime win against Nazareth College in the UCHC tournament before falling 4-1 to Stephenson University in the semifinals. On the season, Schell won 104 of 211 face-offs, scored three goals and assisted three goals.

Junior saber Kristen Wong (Scarsdale ’18) and Cornell University did not have a fencing season.

Luke Smith (Scarsdale ’18) and Washington University went 14-2 and made the NCAA semifinals with a 6-0 win over Augustana, a 5-0 win over Kalamazoo and 5-0 win over George Fox. The team lost 5-4 to Case Western Reserve in the semifinals. Smith, a junior, was 2-0 at sixth singles and is 9-1 in his career.

It was announced in June 2020 that UConn was cutting its men’s tennis program after the 2021 season. That’s where 2019 New York State doubles tennis champion Nikolay Sahakyan (Scarsdale ’20), who did not get to compete as a senior for Scarsdale, was slated to play in college.

Senior Ashley Granieri (Scarsdale ’17) and SUNY Binghamton were 0-7 this spring. Granieri was 0-7 at fourth singles and 0-6 in doubles. Her career totals were 20-59 in singles and 14-54 in doubles. Prior to the shutdown her junior year — combined with previous fall play — the team was 5-12 and she had gone 9-13 at second through fifth singles and 6-16 in doubles.

Conner Raff (Scarsdale ’20) and Nichols College went 15-9 and had the final four games of season canceled. Raff pitched four games, going 1-0 with a 4.15 ERA in 4.1 innings. He struck out eight batters.

Gillian Lubin (Scarsdale ’16) Wesleyan went 4-0 in Lubin’s final season before the COVID-19 pandemic hit in the spring of 2020. Lubin played in three games and had one start.

Kasey Stern (Edgemont ’17) played one game for 1-3 Williams College when the COVID-19 pandemic cut the season short. She was not on the 2021 roster.

Erin Nicholas (Scarsdale ’17) and Middlebury did not have a season.

Chessy Greenwald (Scarsdale ’19) played four games and started one for Wesleyan University in her freshman season in the spring of 2020, which was cut short by the COVID-19 pandemic. Greenwald scored two goals. The team was 4-0. Greenwald was not on the 2021 roster.

Aliza Mehlman (Scarsdale ’19) and Stanford University went 11-1, losing their lone game in the first round of the NCAA Tournament after winning the PAC-12 Tournament. After a 9-0 season in which four games were canceled, Stanford beat Arizona State 18-11 and Colorado 17-10 to win PAC-12. In NCAAs, the team lost 15-13 to No. 15 Denver. In the spring of 2020, the team was 3-4 before the shutdown.

Brandon Bank (Scarsdale ’15/Trinity Pawling ’16/Furman ’20) played four years at Furman University and as a graduate student joined the Manhattan men’s lacrosse team this spring. The team was 5-5, beating Canisius 10-5 in the opening round of the MAAC Tournament before falling 14-9 to Monmouth.

Bank’s senior year at Furman the team was 1-6 prior to the shutdown. He started one game and had one assist. In 50 games at Furman, Bank had 84 groundballs, second in program history, and 26 caused turnovers, fourth overall.

Alex Miller (Scarsdale ’17) played five games for 3-2 Skidmore College before the COVID-19 pandemic shutdown in the spring of 2020. He scored 12 goals and had four assists. He also had 11 groundballs. Miller was not on the roster for this past spring, his senior season.

Sophomore Seth Thornton (Scarsdale ’18) played one season at Stevenson University and was named MAC Commonwealth Specialist of the Year, All-Conference First Team and IMLCA All-Region Second Team. At Stevenson in 2019, Thorntown started 12 of 13 games, won 152 of 240 face-offs (.633) and had 92 groundballs, while scoring five goals and assisting three others. At Cortland in 2021, the team was 11-4, including a SUNYAC championship with a 19-5 win over Potsdam and an 11-8 win over Geneseo. The team opened the NCAA Division III Tournament with a 24-6 win over UMass Boston before falling 25-6 to RIT. Thornton played four games, won 10 of 20 face-offs and scooped five groundballs.

Jack Brosgol (Scarsdale ’19) and Swarthmore College were 4-2 before the shutdown in 2020. Brosgol started five of six games, scored four goals and had two assists and four groundballs. There was no 2021 season.

Sierra Donovan (Scarsdale ’19) and Amherst had five dual, tri and quad meets in late April and early May. Donovan did not compete, but had raced on Feb. 22 at the Brown University Invitational, taking seventh in the 800-meter in 2:33.56.

Eric Jacobson (Scarsdale ’19) competed in four races over four meets this spring for Fordham University. At the Mets Outdoor championships, Jacobson placed 12th in the 800-meter in 1:59.25, his best time in three races. He was also in the winning 4x800-meter relay at the Fordham Icahn Invitational that crossed in 7:58.17.

Caroline McGee (Edgemont resident/School of the Holy Child ’18) and University of Michigan won the Big Ten championship and placed fourth at NCAAs.

Lauren Yu (Scarsdale ’18) is a member of the Fordham University team.

Joshua Geller (Scarsdale ’20) is a member of the Franklin & Marshall College team.

Stephen Nicholas Jr. (Scarsdale ’16) and F&M had the 2020 spring canceled, but had a successful fall of 2019. Then-senior Nicholas, who had walked on to the team for the spring of 2018, played eight rounds in his final season, averaging 75.3 over 18 holes.

Ben Schwartz (Scarsdale ’19) Cornell University played the fall of his freshman year and one match into the spring of 2020 before the season was canceled. There was no 2020-21 season.

Kaitlyn Lee (Scarsdale ’19) of Yale University saw plenty of action as a freshman before the pandemic hit and did not have a 2021 season.

Kim Wayne (Scarsdale’ 99) coached her 13th season for Davidson women’s lacrosse. After a shortened 2020 season, Davidson started out 4-1 and upset No. 16 Virginia Tech 15-8, the team first win over a ranked team. It was Wayne’s 100th career coaching win. The team was 6-1 in the Atlantic 10 Conference and 11-4 overall. Wayne was named Atlantic 10 Coach of the Year for the first time.

If anyone is missing above, email Todd Sliss at tsliss@scarsdalenews.com.