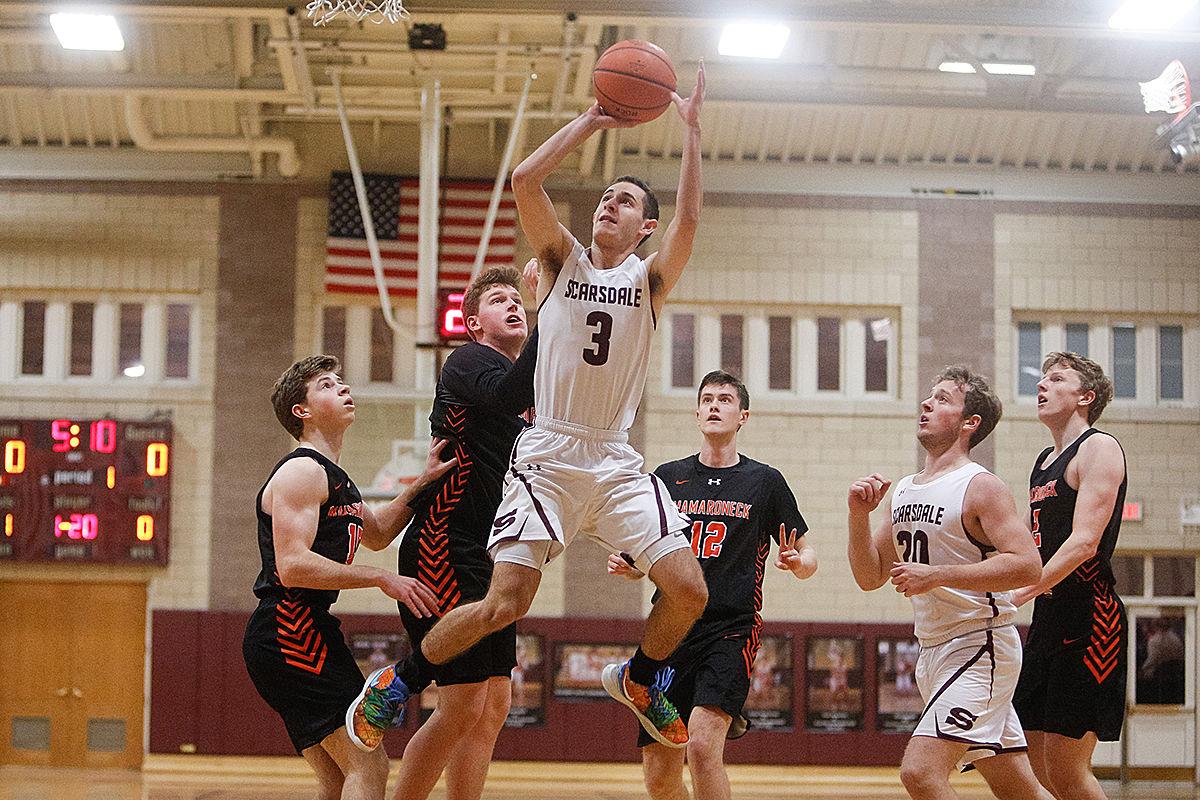 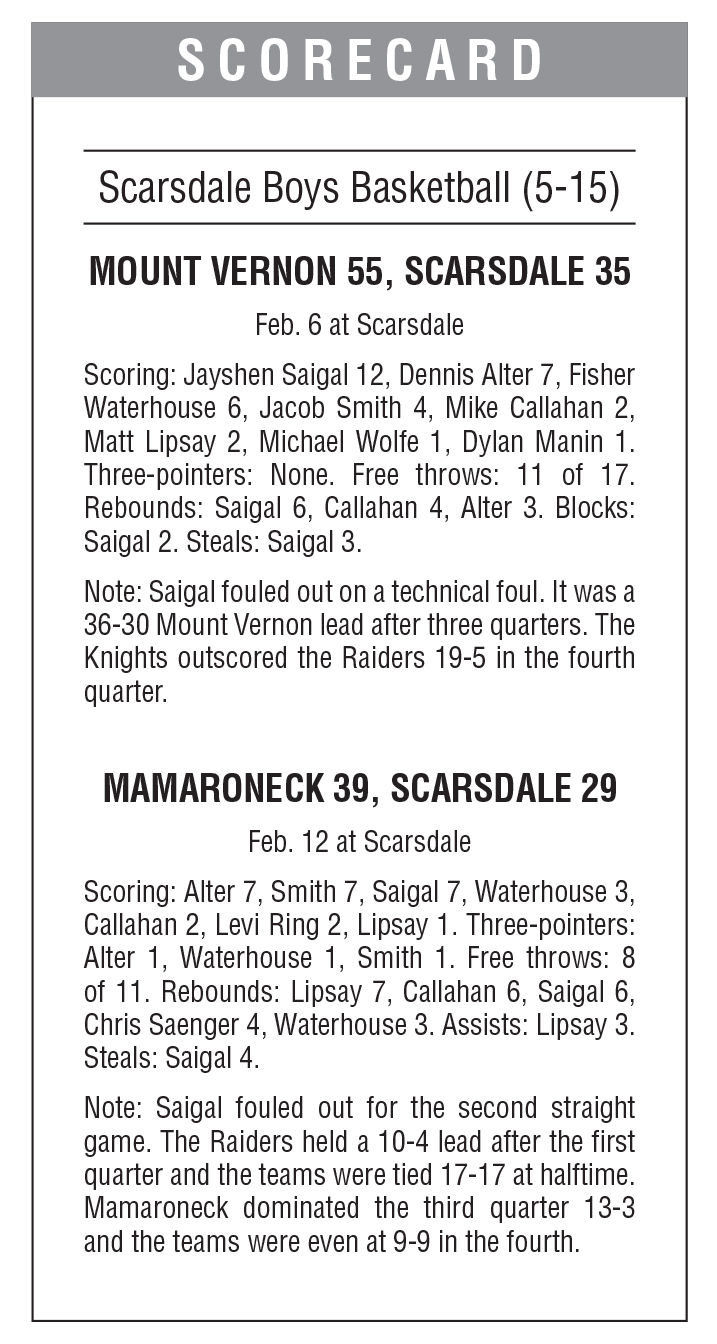 After standing tall in tight games in a competitive league, traveling to San Diego for four intense games and playing in a Slam Dunk Challenge showcase game at the Westchester County Center, the 5-15 Scarsdale boys basketball team is ready for anything that comes its way this postseason.

The Raiders may not have had the results they wanted, but they are battle-tested and have set themselves up to be a team that pulls off some upsets in Class AA.

“There’s been a lot of highs and a lot of lows,” senior Mike Callahan said. “I think the main thing that is frustrating us is we know we can play with these good teams. We were beating Mount Vernon going into the fourth quarter and we were down two points to New Rochelle at halftime at their house.

“It’s frustrating to know that we can play at that level and every time we think we’re taking a step forward we take a step back. We know we have the guys to make a playoff push. It’s a matter of us clicking. We’ve done it before and we can do it again for 32 minutes.”

In the team’s final two games they lost 55-35 to Mount Vernon and 39-29 to Mamaroneck, both at home. Mount Vernon was a tight game until Jayshen Saigal fouled out on a technical foul and Mamaroneck was 17-17 at the half and got out of hand when Saigal sat in the third quarter with three fouls. Then he fouled out in the fourth for the second straight game.

Against Mamaroneck no one was hitting shots for the Raiders, who still believe they have the starting five and the bench depth to make a run.

“I think we have plenty of options, whether it’s shooting or guys that are forceful in the middle, and even though we’re undersized we still play with a lot of pride, heart and soul,” coach Joe Amelio said. “I think we have the ability to have multiple guys play multiple positions, but we’re getting open shots and we haven’t made them. Our execution has to be better and a lot of that, honestly, has to be in the game plan for practices. I need to find a way to put them in a better position to win these games.”

Amelio puts a lot of the burden and blame on his own shoulders.

“We’ve just never put together that full game for our team,” Amelio said. “It’s disappointing we haven’t done it, but I don’t think it’s definitively on the kids — I think I have to do something as well, to brainstorm for the next 48 hours, trying a lot of different things. I’m not going to give up and these kids aren’t going to give up.”

But the Raiders aren’t about pointing fingers. They want to get the results and there’s no better time than now to show their true colors.

“It’s a new season and hopefully we can get to one of those teams like Mount Vernon or New Rochelle where we can shock everybody, maybe even play a tune-up play-in game before that,” Callahan said. “We want to go in there on a good foot and send a message in the first round against one of the big teams. We definitely know we can play with them and beat them.”

“I feel we need to get over that hump, fight through that and play no excuse basketball,” Amelio said. “I told them we have to be even-keeled when we’re facing it. I know a lot of guys are disappointed and they’re reaching and maybe trying for the home run plays and maybe chipping away and playing basketball with a lot of poise. It’s up to the coaching staff over the next few days to get us ready for the playoffs, develop a game plan to win whether it’s this Saturday or next Saturday, depending on the seeding, and to try to come away with a victory and build positive momentum.”